As the ecosystem around Shanghai Fashion Week matures, a young professional class of fashion upstarts are focused on finding new opportunities on and off the catwalk.

As the ecosystem around Shanghai Fashion Week matures, a young professional class of fashion upstarts are focused on finding new opportunities on and off the catwalk.

This week, BoF is running a week-long special editorial series on working in fashion. ‘Careers Week’ analyses the latest trends in the workplace and what matters most today to fashion’s workforce. BoF Careers brings together 300 of fashion’s leading companies with the most innovative and engaged talent in the marketplace — discover more here.

SHANGHAI, China — As the relentless fashion week parade marches on to Asia, more and more attention is being paid to Shanghai, home to one of the region’s most dynamic fashion weeks. The next edition of the biannual event bows tomorrow and runs until October 17.

Seen in the context of China’s massive commercial clout, it is understandably the designers who tend to hog the limelight during Shanghai Fashion Week. But behind the scenes there is the rise of an increasingly mature and ambitious professional class laying the foundation for the local market’s further growth.

“It’s booming,” says Angel Chen, who has been showing her namesake brand at Shanghai Fashion Week since 2014 (the same year she graduated from Central Saint Martins in London). She has also shown in Milan, and most recently in New York as part of Tmall’s Spring/Summer 2019 China Day presentation.

According to Chen, the international exchange between China and the rest of the world — with designers being educated overseas, then returning to China, or buyers travelling to other fashion weeks and learning from the professional infrastructure available there, or Chinese models popping up on international catwalks with increasing frequency — has worked to improve the standards the fashion industry back home.

“There are showrooms everywhere [now], so many designers starting up, better quality models and better collection quality as well. Shanghai Fashion Week has given a big push for all of this [by] working with the CFDA [in the US], Camera [Nazionale della] Moda [Italiana] and exchanging information about how people do things and bringing that knowledge back to Shanghai to improve the professionalism of the local ecosystem."

From marketing spectacle to commercial success

But it wasn’t always this way. When Shanghai Fashion Week first launched, in 2003, showrooms, buyers, professional event agencies, modelling agencies, PR agencies, show directors and choreographers were a rare breed in China. As recently as 2013, there were still slim pickings in some of these areas. 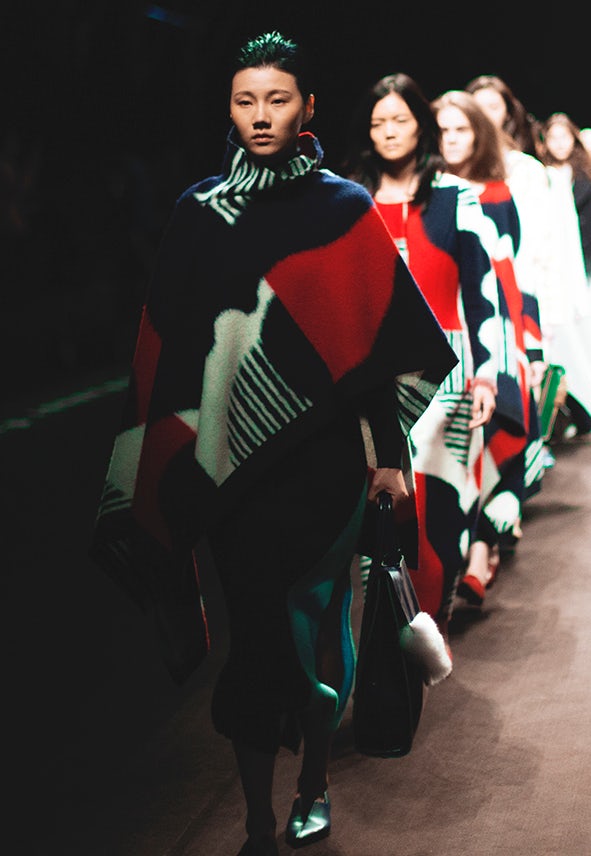 In the early years, a lack of local experience meant international imports, or experts from Taiwan and Hong Kong, were often called to pull together fashion week events, and the overall feel of Shanghai Fashion Week recalled something of a scrappy insurgency, with domestic brands and international players putting on shows of varying merit.

According to Justin Peng, chief executive of Labelhood, the youth-focused platform for brand presentations that has been credited with boosting the creative quotient of Shanghai Fashion Week, given the level of maturity of the market at that stage of development, however, the lack of professionalism wasn’t a serious issue.

“Quality is important to this industry, but China has much more tolerance of that ‘unpolished’ way of doing things than mature markets [do]. [The most important thing is] whether what we provide lags behind what market expects,” he explains.

Indeed, within the space of only five years, the market and its expectations have completely changed.

The stirrings of consumer trends for niche designer brands opened the door for home-grown designers to return from overseas study to a home market willing to embrace them; at the same time, a nascent multi-brand store network popped up country-wide to service these consumers; and showrooms and trade shows appeared and multiplied alongside Shanghai Fashion Week, while young creatives cut their teeth in a variety of roles.

The development of this eco-system, according to Shanghai Fashion Week vice secretary general Lv Xiaolei (also known as Madame Lu), has happened rapidly, but also naturally, driven by broader economic and consumer trends, and encouragement from all branches of government. For her part, Lv is credited for the bold moves she brings to the event and her fearless approach to experiment with the latest in fashion week formats, add-ons and B2B trends.

“Unlike Europe and the United States, China’s fashion industry has a relatively short history and a relatively young industrial structure. But thanks to the rapid development of the national economy and policy guidelines, as well as the upgrading of the consumer market, in recent years, the ecosystem of Chinas fashion industry has developed very fast,” she says, adding that its development benefits not only Chinese players, but also international fashion brands looking to enter the China market and finding a more mature infrastructure available to them.

For those working alongside Shanghai Fashion Week, comparing the situation of five years ago to what exists today is the equivalent of comparing night to day.

Zemira Xu is the founder of Dia Communications and Tube showroom, which debuted during Shanghai Fashion Week in October 2015 and has worked with young Chinese design stars such as Xu Zhi, Angel Chen and Xiao Li.

Xu explains that the first generation of multi-brand store owners and buyers may have had little-to-no fashion industry experience when they jumped on the trend a few years ago, but their seriousness in learning about the market and building their own consumer base has meant huge leaps in professional development in a short period of time.

“I remember in the first or second season, when the buyers came from different cities, it was the first time they were trying a multi-brand model. They would spend hours trying everything on and then, for the selection, maybe they would take three or four hours with each brand. Now they make the selection more quickly and they understand the market, the brands and their own customers better,” she says.

“I think it still takes time but the whole trend is heading in the right direction and a lot of the players in these circles are serious about educating themselves.”

The labels too — many of them helmed by founders who had only recently graduated from fashion schools — have also found their feet, quickly coming to understand the importance of brand building, merchandising, marketing and supply chain management, on top of good design.

A hotbed of entrepreneurship

A few foreigners have also taken advantage of the gaps in the ecosystem during the early years. Seeing the maturation of an industry she first came to know via a modelling gig in Shanghai when she was fresh from graduating high school in Hungary in 2010, Julianna Mucsi is one such entrepreneur.

Eventually, Mucsi opened her own agency to bring foreign models, primarily from Europe, to work in China, an increasingly popular choice as the fashion scene here becomes more professional and regulated. At the same time, she has seen increased demand for Chinese models on European catwalks in recent years. 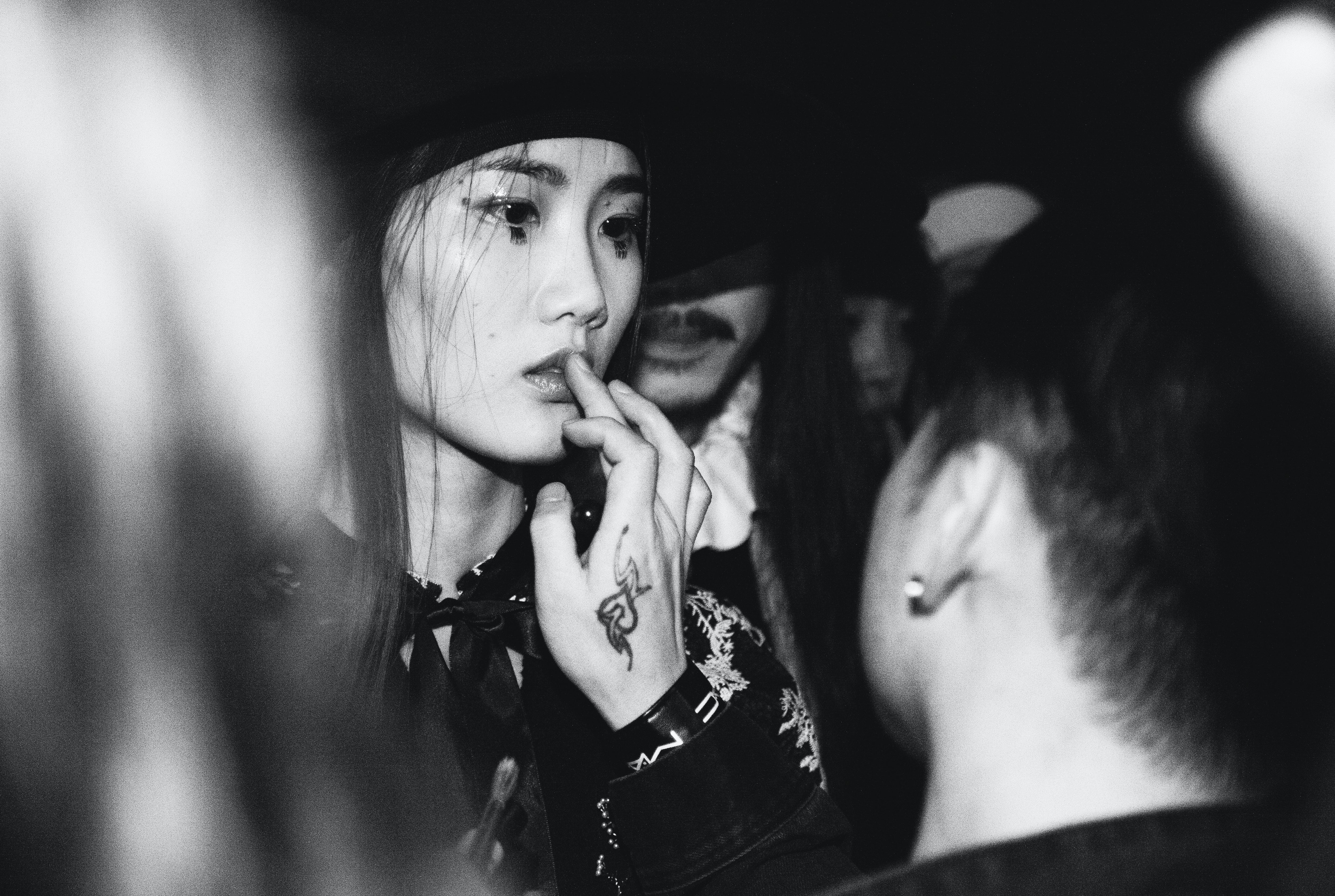 "Higher quality western models are more likely to come to Shanghai now. Before, they had in their mind a misconception about China, they didn’t know that Shanghai is Asia’s NYC, this means more agencies are now open to sending better and better models to Shanghai for work,” she says.

"Shanghai is becoming more high fashion and not just commercial. If a market isn't ready, it doesn’t matter how many good event companies, modelling agencies and models you have. I would say Shanghai is ready to get to the next level."

Though an influx of new showrooms, buyers, designers, models and photographers have flourished alongside the growth of Shanghai Fashion Week, the most in-demand names remain those who have been working in China since before the boom, who are now the beneficiaries of years of experience and have grown up alongside the industry, seeding deep networks that are difficult for young upstarts to compete with.

Buyers such as Echo Zhuang (who has worked for 10 Corso Como and Bailian Group’s multi-brand store The Balancing), PR mavens such as Melvin Chua, modelling agencies such as Shanghai’s Esee Model and show directors like Yaohui Xiao have long been familiar faces on the local fashion scene and this first generation is now leading the way for the next one looking to break into an industry that is increasingly serious and professionalised.

Quality is important to this industry, but China has much more tolerance of that ‘unpolished’ way of doing things than mature markets.

According to Jin, this base of institutional experience and knowledge, combined with the support of major events like the fashion week, not to mention Chinese consumers and government — always an important stakeholder in China — means the ecosystem and industry won’t slow their upward trajectory anytime soon.

“The focus and support that Shanghai Fashion Week have given to young creative talents in China is amazing,” Jin says. “I think there has been amazing progress over the past five years and we will see even more progress in the future.”

While most insiders working behind the scenes at this season’s event would be concede that the Shanghai fashion system has its share of challenges, problems and skills gaps, their collective optimism and enthusiasm is hard to match. Little wonder when you consider how far they have come in such a short period of time.