What's behind the growing international success of Colombian fashion designers?

What's behind the growing international success of Colombian fashion designers?

BOGOTA, Colombia — “We’re interested in showcasing a different side of Colombia, one that’s detached from its folklore and tropical spirit,” says Vanessa Gómez, a long, lean and pale figure with shaved head and piercing eyes, who — together with partner Nicolás Rivero — designs a fashion brand here called A New Cross.

Dabbling in the avant-garde and anchored in Bogota’s underground scene, A New Cross is probably not what the outside world expects from Colombian fashion. A minimalistic aesthetic influenced by punk and rock subcultures, theirs is a brand that has grown in popularity in Asia and in Europe, where the duo holds a showroom during Paris Fashion Week. 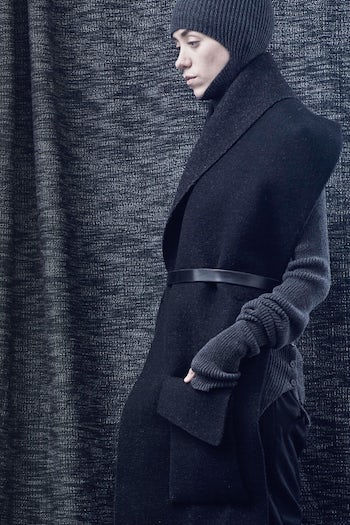 Brands with Latin American provenance often evoke kaleidoscopic images of sensuous style, framed either by tropical glamour or an exuberant kind of coquetry. While this typecast may seem accurate enough for designers like Johanna Ortiz — whose frothy Caribbean-infused confections are popular with retailers like Bergdorf Goodman in New York — designers like Gomez are a reminder that fashion creativity in Colombia is incredibly diverse and that there is more than one route to success.

“Colombia is incredibly rich in talent and craftsmanship. Sadly, until recent years, Colombia-based talents have been obscured due to violence and corruption,” says Nina García, the Colombian-born fashion critic who has held the role of fashion director at the American editions of Elle and Marie Claire.

“Fashion is a mirror of our society and, in recent years, Colombia has experienced a huge political, economic and cultural change,” she explains. “Cities like Medellin have been going through an enormous healing process. Steps like the rescuing of Ingrid Betancourt [and] cracking down on money laundering have, in effect, curtailed drug wars. And finding peace with the FARC [rebels] have all helped move the country forward in a very significant way. All these changes have been reflected in fashion too.”

In a new era of peace and prosperity, Colombians are now on the international fashion radar.

Colombian-born designers like Nancy Gonzalez, Haider Ackermann and Esteban Cortázar made an impact on the fashion capitals years ago, but in this new era of peace and prosperity, others are now finding their way on the international fashion radar. Besides Johanna Ortiz, Garcia cites names like Edgardo Osorio of Aquazzura, Paula Mendoza and Melissa Losada Bofill and Marcela Velez, the duo behind M2Malletier.

That Ortiz was chosen to be featured in the windows of an iconic luxury department store like Bergdorf Goodman is testament to the greater confidence felt in Colombian design. Ortiz, whose Tulum top was a best seller after being worn by New York socialites, will showcase a collection as part of Colombiamoda, Latin America’s largest fashion trade show which starts tomorrow.

The annual event will hold its 27th edition in Medellin, a centre for the country’s vast, integrated garment and textile industry that exports apparel, footwear and leather goods worth $790 million annually. According to Carlos Botero, president of Colombiamoda and Inexmoda, international interest in the fair has been growing. Last year, it welcomed more than 1,700 international buyers from over 50 countries and he estimates that combined domestic and international revenues from sales made at Colombiamoda will grow 7 percent this year to around $340 million.

“Like many countries in Latin America, Colombia has a rich culture in terms of art and its artisans. Because of its history, the country developed a strong economy with established designers that have their own local boutiques and loyal clients,” says Kelly Talamas, the former editor-in-chief and recently appointed creative director of Vogue Mexico and Vogue Latin America.

Colombia gained an unprecedented spotlight in the pages of the magazine under Talamas’s direction, thanks to her appointment of a local editor position. She also expanded Vogue events in the country and initiated a collaboration with Colombiamoda and Vogue Talents Corner to promote emerging Colombian designers.

“Many Colombians are well travelled and have a keen eye for design and style. They’re a proud culture, which celebrates its unique style so you’ll find that designers here innovate and create very original collections that translate well in global markets,” she adds, explaining that she recently moved from Mexico City to Bogota in order to increase the magazine’s presence in key Latin American markets. 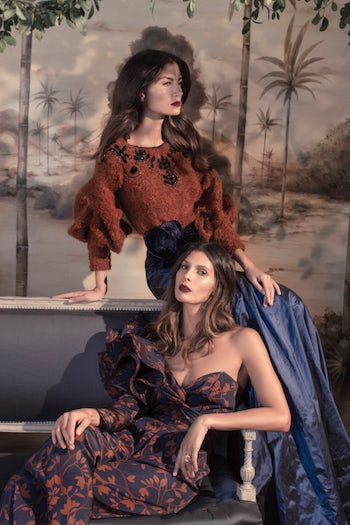 One of the most vivid examples of the rise of Colombian fashion has been the inclusion of several of them on online retailer Moda Operandi. This month, Leal Daccarett, a playful and eclectic Colombian brand made up of husband and wife Francisco Leal and Karen Daccarett, announced their presence on the platform, joining others like Pepa Pombo, Paula Mendoza, Aquazurra, Mercedes Salazar, Johanna Ortiz and Firma Polite.

“Colombia is slowly but surely making its mark on the global fashion industry,” says Elizabeth Leventhal, general merchandising manager of ready-to-wear at Moda Operandi. “There is a common thread — no pun intended — of excitement and liveliness, and a uniform attention to detail from Colombian designers, [and many] are producing new, exciting silhouettes.”

Other examples of success include Edgardo Osorio from Aquazzura, whose luxury shoes are carried by major retailers around the world. Osorio has been a hot name for a while but his international business hit its stride after he opened his own boutiques on Madison Avenue in New York and in London’s Mayfair.

Design duo Melissa Losada Bofill and Marcela Velez have also created a globally recognised brand in M2Malletier. “When we launched the brand [in 2012], we were featured in Vogue’s May issue and Kate Bosworth was photographed carrying one of our bags. A while later, we started seeing other amazing actresses and It girls wearing our bags like Cate Blanchett, Nicole Kidman, Elisabeth von Thurn und Taxis and Alexia Niedzielski among others,” explains Losada Bofill.

Typically, the US is the entry point for Colombian designers with global ambitions. Designer Silvia Tcherassi just opened a boutique in Madrid after opening in Miami, where tastes are similar and many Latin Americans live or work. But most designers now wholesale through New York where there is room for more variety, including Laura Laurens from Bogota who sells at Opening Ceremony and Linda Dresner.

Edgy young designers are also gaining momentum in Europe. Miguel Mesa Posada had a special mention last year when showing his work at the International Fashion Showcase competition during London Fashion Week. Meanwhile, the work of veterans like Olga Piedrahita — a conceptual designer with 30 years experience in the industry — would sit comfortably in upmarket European boutiques.

Building retail networks out from other Latin American countries is another route to the global market. Colombian megabrand Arturo Calle, a menswear label, boasts boutiques in 25 cities throughout Colombia and several more in Panama, Costa Rica and El Salvador. Lingerie and swimwear are categories where Colombian fashion has a particular strength and brands like Onda de Mar, Agua Bendita and Touché are now well known around the world.

“In terms of fashion and lifestyle, I’d say Colombia is one of the most mature in the region [but] it’s been a mix of influences that have put it on the map over the last decade. Firstly, I’d say [the coastal city of] Cartagena, as a destination for the jet set and fashion insiders, helped to bring attention to the country,” says Talamas, referring to the popularity of Cartagena’s design scene among the likes of Marc Jacobs, Angela Missoni and Lauren Santo Domingo. 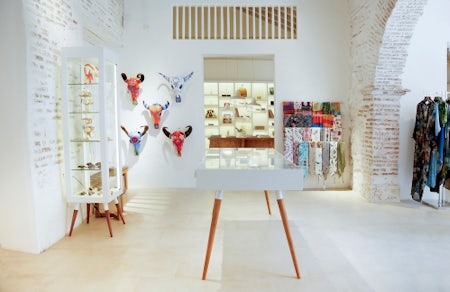 While the focus of the domestic market is on retail hotspots like Bogota, Cali and Medellin, coastal cities such as Barranquilla and Cartagena have become a window for Colombian brands hoping to lure in the international buyer. The country’s most exciting retailer for all-Colombian fashion is the concept store St Dom in Cartagena.

“We felt that, while there was such a great diversity of quality design products, there wasn’t one single place that presented a well curated selection of them. Cartagena being a prime tourist destination — a so-called St Tropez of the Caribbean coastline — seemed a perfect choice to showcase the most current and innovative designs that Colombia has to offer,” explains Memovic.

Efforts like the one made by St Dom are reinforced by the emergence of companies such as Creo Consulting, founded by Colombian cousins Giovanna Campagna and Cloclo Echavarría, who promote Colombian and Latin American talents in New York. According to Colombiamoda’s Botero, the country’s maturing market can be a mixed blessing for locals.

“Competition from global brands has made local brands grow closer to their consumers [but also] change production schemes, [often to] a short-lived model,” he says, indicating that while Colombia’s newly vibrant design scene should certainly be celebrated and encouraged, it is nevertheless a fashion culture in the making.

Colombia, Open and Ready for Business