For many fashion executives, two years of upheaval has led to uncertainty, but for others Turkey’s increasingly polarised market signals new business opportunities.

For many fashion executives, two years of upheaval has led to uncertainty, but for others Turkey’s increasingly polarised market signals new business opportunities.

ISTANBUL, Turkey — Bağdat Avenue, once an epicentre of social life with bustling shops and busy cafés, stands half-empty. Rents have skyrocketed to $40,000 for 100-square-metre stores, unaffordable for most small businesses in this part of Istanbul. Meanwhile, the Kentplaza Mall in Konya, a religiously conservative city 600 kilometres away, is booming with opportunity as disposable incomes rise in the Anatolian regions.

As Turkey approaches the second anniversary of the attempted coup d’état against current president Recep Tayyip Erdogan, voters now find themselves readying for an election on June 24. With the country at yet another important crossroads, the fashion market can feel like a microcosm of society at large — one of two different factions that seem to be growing further apart. Interestingly, the conservative and secular divide can also represent differing business prospects.

Take fast-fashion chain H&M, which launched its Turkish e-commerce site last year after seeing year-on-year sales in the country grow to $365.5 million. Or sportswear label Under Armour, which opened 20 stores in as many months, while Marks & Spencer opened in Bursa and now has 49 retail outposts across the country. Amazon, too, is said to be planning a launch this summer. The number of launches and store openings may come as a surprise to some. The many economic and political woes Turkey has suffered since the attempted coup in 2016 would deter investors in other emerging markets. Yet the impact in country is more muted.

Despite foreign direct investment (FDI) falling by 18.8 percent to $10.83 billion in 2017 and departures from retailers including Topshop, Printemps and C&A, capital inflow from EU countries rose by almost 30 percent year-on-year. Brands from All Saints to Armani Exchange have also renewed their commitment to the market.

Since the turbulent summer two years ago, when a faction within the Turkish Armed Forces bid to rise up against Erdogan, the country has been cloaked in a veil of uncertainty, marked by a mix of domestic and international political tensions and deteriorating economic fundamentals.

Under Erdogan's increasingly authoritarian rule, forecasts for the economy have been downgraded to 2.5 percent this year, halving previous predictions of 4 percent. What’s more, the Turkish lira has lost over 50 percent of its value against the dollar since July 2016, and devalued by 17 percent in the past month alone.

“In 2016 and 2017, the mood was quite bleak,” said Seda Domaniç, editor-in-chief of Vogue Turkey. “People weren’t out on the streets, they didn’t celebrate holidays. It was a time of caution.”

However, “Turkey presents something of a contradiction,” states a 2016 report by Coresight Research. On one hand, “macro factors at work in the country, such as economic expansion, a growing and young population [and] strong retail sales growth… bode well for sophisticated retailers.”

To be certain, GDP grew by 5.1 percent in 2017 to $2.133 trillion, while retailing in the country is on the up in some sectors. Market size of the apparel and footwear market in Turkey grew by 10.5 percent to $20.5 billion in 2017 and is projected to reach $20.7 billion in 2018, according to Euromonitor. A predominantly young population — over 60 percent of the country’s 80 million are under 35 — and the belated rise of e-commerce mean opportunities in the apparel market are certainly present.

On the other hand, the country’s millionaires are fleeing both the deteriorating market environment and Erdogan’s crackdown on his critics in business. In 2017 alone, 12 percent of Turkish HNWIs departed, according to a report by New World Wealth — the second-highest figure after conflict-torn Venezuela.

Such trends are likely to continue in the short term. A cycle of inflationary pressures and currency devaluation means “very little improvement in Turkey’s macroeconomic backdrop,” according to BMI Research. “[It] should see the lira continue to depreciate [which will] weigh on the attractiveness of Turkey-denominated assets.”

While Istanbul has traditionally accounted for most retail spending in the country, the rise of Erdogan’s conservative party has brought with it new “Anatolian Tigers” — cities that have enjoyed a boom in growth and prosperity as bulwarks of Turkey’s unique strain of conservatism called muhafazakârlık.

Central and eastern cities including Konya are hosting more store openings by international and domestic retailers alike. M&S and Intersport have opened there in the past two years, while Harvey Nichols opened in Ankara a few years ago.

“The Turkish market is still growing, not just in the cities like Istanbul and Izmir, but all over the country,” said Mavi Jeans chief executive Cuneyt Yavuz. “Eastern Turkey has a particularly young population,” with greater purchasing power that brands are starting to tap into.

In Ankara, the country’s capital where many of Erdogan’s loyal business and political allies are based, disposable income per household was 32 percent higher compared to elsewhere in Turkey, according to Euromonitor International.

Meanwhile, seven cities outside of Istanbul, including Konya and Mersin, are home to four-fifths of affluent households (those with incomes greater than $75,000) meaning “a greater share of spending will happen outside of Istanbul [than before],” states a McKinsey report.

In the premium beauty sector, for instance, the cities with the fastest growth will be Konya and Gaziantep — both conservative centres — with a CAGR of 10 percent and 9.5 percent, respectively. Hence US beauty brands Inglot and Kiko have entered the market in the past two years.

Rise of the “conservative bourgeoise”

Even on the mighty Bosphorus in Istanbul, said Merve Manastir, one of the two sisters behind accessories label Manu Atelier, “luxurious restaurants have opened over the past couple of years which don’t serve alcohol, or certain types of food.” It all forms part of a new society, “the conservative bourgeoise, who are mostly outside of Istanbul,” she explains.

“It’s noteworthy how these conservative towns like Konya suddenly have so much discretionary spending, which wasn’t there 10 years ago,” said Ferhat Zamanpur, chief marketing officer at Turkish retailer Silk and Cashmere. “There’s a big opportunity for the brands dressing conservative people. They’re money-making machines.”

It’s retailers like Waikiki that cater not only to secular clients but also to more conservative shoppers, which will thrive in Turkey’s conservative heartland. Spending by Muslims on clothing and apparel globally was $254 billion in 2016, and is currently projected to reach $368 billion by 2021, according to the 2017 Reuters State of the Global Islamic Economy report. Turkey will take the lead, followed by Iran, Indonesia and Egypt.

Foreign investors are also tapping into the Turkish opportunity through equity. Take Boyner Retail and Textile Investments, parent company of Beymen, where Qatari shareholder Mayhoola — the fund that backs Valentino and Balmain — increased its stake in the business from 30.6 percent to 42.68 percent, paying TRY 173.1 million ($46.2 million).

However, a cancelled IPO in May 2018 signals that market fluctuations may have hit the business long-term. “The market became unstable with volatile FX rates on the Istanbul Stock Exchange and the downgrade of some of the rating agencies,” said Beymen's Capci. 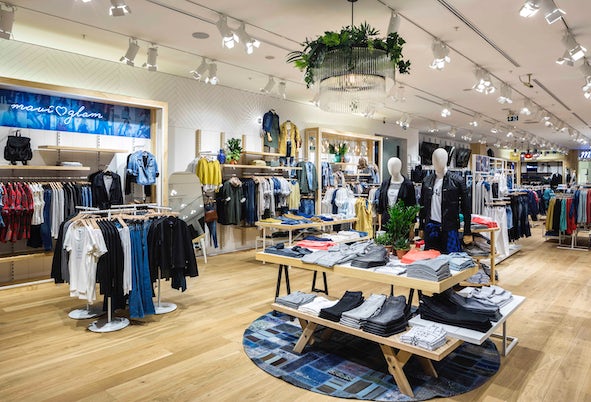 Despite a reliance on increasingly expensive imports, Beymen claims it can remain flexible in the Turkish market, since its portfolio includes Beymen Club, an affordable luxury destination, as well as high-end mono-brand stores and a chain of luxury multi-brand stores. A range of price points mean that “depending on how the economy moves, we focus on certain aspects of the business,” explained Capci.

For Turkish brands, a volatile lira and high bureaucratic barriers can make or break the business. “Every time there is political change or action in Turkey, it affects our business,” explains Beste Manastir of Manu Atelier. “The situation is very unstable, which affects wholesale prices, and law regulations are not dependable [meaning] you’re not able to get a long-term view on things.”

“The biggest instance was a couple of weeks ago, when the lira-to-dollar exchange rate went up to 4.95,” says Zamanpur. “One and a half years of work of cost-cutting got diminished in a single day, due to factors outside of our control.”

There are attractive opportunities for Turkish players expanding into foreign markets such as Morocco, Algeria, Iran and Russia that “don’t have organised retail, so they’re hungry,” said Ilker Yakuppur, marketing manager at Ugurteks, a textile supplier for global fast-fashion brands including Zara and H&M.

While cost-cutting improves margins in the short-term, the main objective should be “increasing their export exposure… it looks like our economy will [continue to] be problematic. Growing business overseas means regardless of the economy, they’ll be able to maintain their margins,” he explained.

Mavi Jeans, the country’s largest denim brand, grew revenue by 36 percent in 2017 to reach TRY 1.7 billion (approximately $485.7 million) and went public with an IPO in June 2017. At the time, 74 percent of the shares were taken by foreign investors. It also seized on the opportunities presented by the favourable environment for export.

One and a half years of work of cost-cutting got diminished in a single day.

“Fluctuation in the exchange rate has certainly posed a challenge,” said Mavi Jeans' Yavuz. However, “our strategy is centred around three growth drivers: domestic retail expansion, international and e-commerce.” The retailer can brace against currency fluctuations by securing almost 80 percent of low-priced production domestically and selling in its 426 retail outposts globally.

If the last two years were a rollercoaster for Turkish business leaders, what about the next two? The outcome of the June 24 elections — called early by Erdogan — could determine the fate of the country, steering it further into authoritarianism, or back on its 2014 route towards a distant EU membership.

Beymen’s Capci believes there will continue to be “volatility, frequent ups and downs, let it be the exchange rate, the interest rate, some of the political developments.”

“But the market is [still] resilient,” she adds. “It has to be, when you live here.”

How Conservative Fashions Made a Turkish Shepherd a Billionaire