Singapore’s fashion start-up scene is abuzz with innovation and plucky entrepreneurs, but agility, adaptability and scale are necessary to succeed in the growing Southeast Asian market.

Singapore’s fashion start-up scene is abuzz with innovation and plucky entrepreneurs, but agility, adaptability and scale are necessary to succeed in the growing Southeast Asian market.

SINGAPORE, Singapore — To say there are worse places than Singapore to start a business would be an understatement.

No tax on capital gains nor dividends, and an income tax cap at 22 percent are but a few perks offered to lure founders and investors to set up shop on its shores, strategically positioned on the lowest tip of the Malay Peninsula in the heart of Southeast Asia.

An abundance of government-backed and private grants fuel a Singaporean company’s start, while courses and networking possibilities create a nurturing and supportive environment for entrepreneurs, who echo that incorporation involves a few clicks and light paperwork. The result? Singapore’s 112 venture capital deals recorded in 2017 totalled $1.2 billion according to PwC, setting the ecosystem’s value at $11 billion compared to the global median of $4.1 billion. 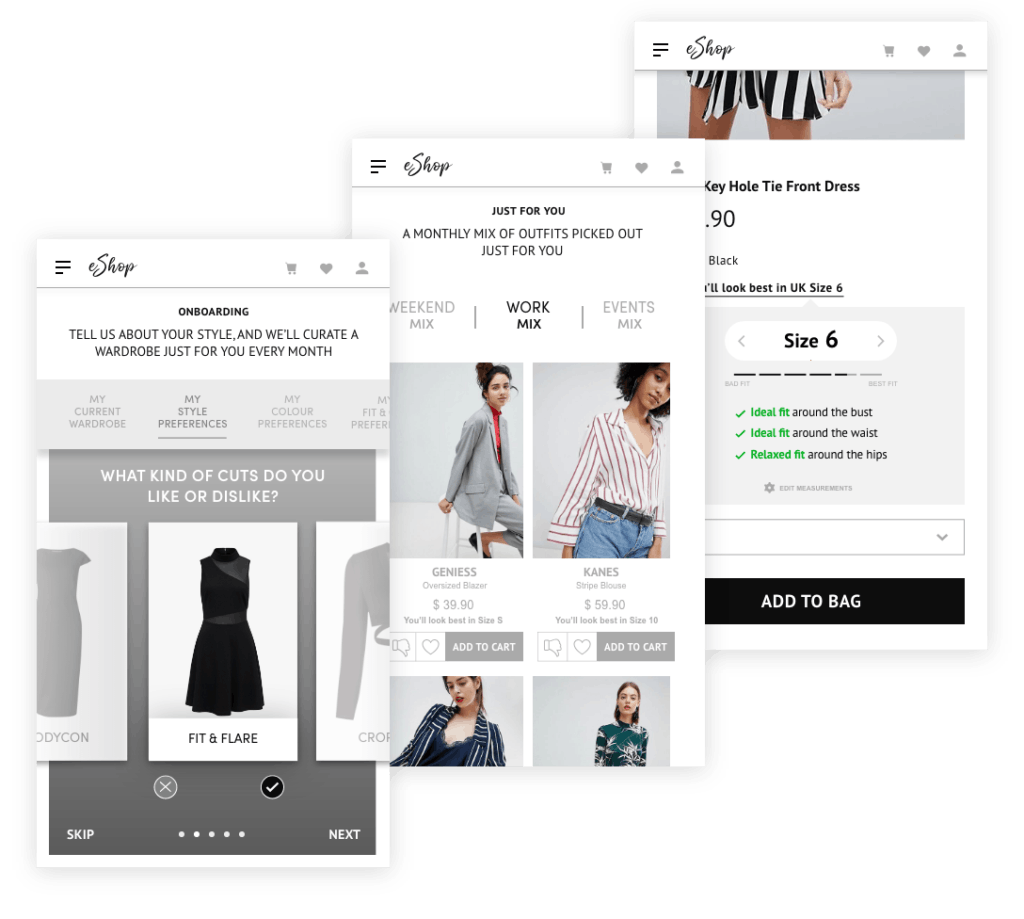 “Ease of incorporation, access to funding, [and a] good talent base all … help us build and grow the business,” declares former Google employee Rohit Kumar, co-founder of Pixibo — a company that harnesses fit-tech to digitise a personal shopping experience for the likes of Dutch online behemoth Shoeby and Bangkok-based Pomelo. “I’m a huge fan of the support this country offers to entrepreneurs.”

But Kumar’s enthusiasm doesn’t mean that Singapore’s start-ups have it easy — like many buzzy start-up hubs, the island has its own hurdles for young enterprises. Such challenges, when overcome, can better equip entrepreneurs and their companies to set their sites abroad. For starters, B2B players in Singapore need to be quick to adapt to a number of legal jurisdictions and local market realities.

This is because “[Singapore] itself isn't super interesting, it’s the countries around it that make it interesting,” Kumar tells BoF. Singapore is the regional commercial hub for the Association of Southeast Asian Nations (ASEAN,) which encompasses a 650 million strong consumer market across Indonesia, Malaysia, Myanmar, the Philippines, Singapore, Thailand, Laos, Brunei, Cambodia and Vietnam.

Pixibo has taken full advantage of being strategically placed among other rapidly growing start-up hubs: it began by testing and refining its product with a small online fashion rental business in India, and in addition to Thailand’s Pomelo, has developed a product for Hong Kong-based premium basics retailer Grana. Kumar claims that the personalisation service of his company boosts the retailers' conversion rates by somewhere between 40 and 100 percent.

A Strategic Market, Ripe for Testing

Kumar’s is just one of myriad companies thriving in Singapore’s start-up-friendly ecosystem. In 2014, Singapore launched the Smart Nation initiative to support innovation in the public and private sector. As part of a plan dubbed RIE2020, the government pledged to invest $19 billion in research, innovation and enterprise between 2016 and 2020.

On the receiving end of this funding is a well-educated workforce, with the government’s latest data revealing that 52 percent of people aged above 25 possess post-secondary qualifications, and 62.6 percent of the populace are fluent in both English and Mandarin. Part of Singapore’s undeniable cachet is also low employment cost (less than 20 percent of an employee’s salary paid into the local security system Central Provident Fund) and high work ethics.

“There is also a culture of working hard to succeed,” says Stéphanie Crespin who is preparing the launch of her new venture Reflaunt for March 2019. 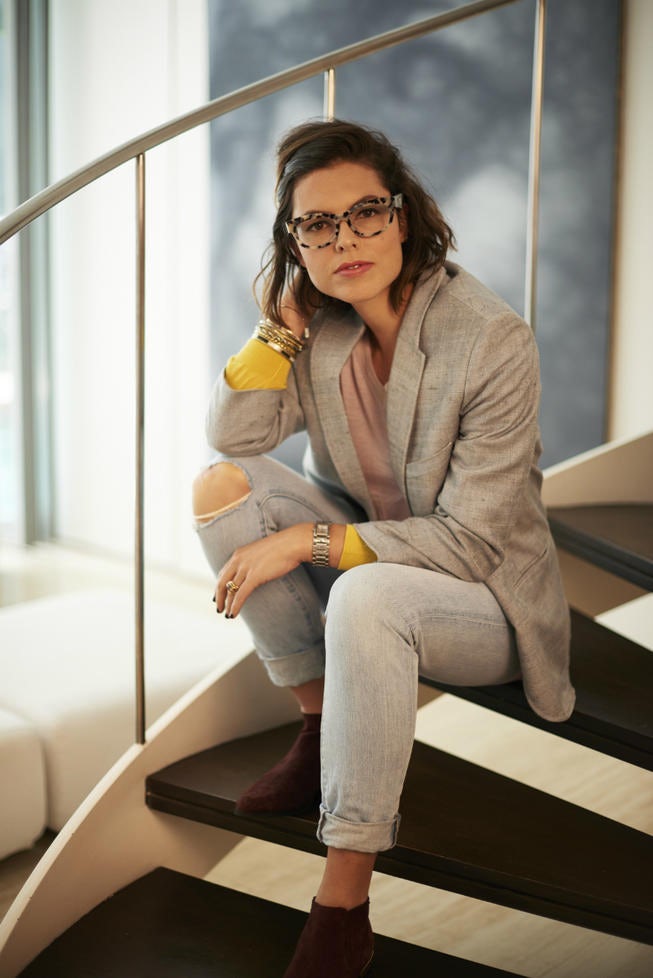 According to Crespin, Singapore is an ideal location for start-ups targeting Asia’s luxury consumers. Incorporated in Singapore but with investors mainly based in Europe, Reflaunt is a platform that enables luxury brands to claim a share in the secondary market. Through Reflaunt, users can make branded luxury items available for resale simultaneously on various platforms.

“Although our investors and the luxury brands which we are working with are based in Europe, it makes sense to be based in Singapore, because luxury buyers are in Asia and thus the resale luxury supply will be in this region,” says Crespin.

However, Singapore isn’t the only Asian hot spot attracting global players. In 2016, China’s underserved luxury resale market tempted leading French resale site Vestiaire Collective to open its Asian office in Singapore. “Singapore was a strong contender,” reveals Fanny Moizant, co-founder and vice president APAC, but the decision tipped in favour of Hong Kong. “[Its] proximity to other markets in Asia such as China, Japan and Korea are added advantages — not to mention zero custom duties — an advantage when our business is mainly international and dealing with a lot of orders crossing borders.”

Though local support can be vital to jumpstart businesses, it’s not always enough. In spite of the buzz that an all-Singaporean success stories generate at home, foreign clients still provide necessary validation and help accelerate growth. Spinning off the research laboratory at Next Generation Extreme Technologies (NExT) — a research centre jointly established by the National University of Singapore and China’s Tsinghua University — seven-year-old ViSenze offers a fashion-focused visual search engine based on image recognition and ranking methodologies.

“Being based in Singapore allowed ViSenze to get off the ground very quickly, says Rajroshan Sawhney, head of corporate development and strategic partnerships at ViSenze, which is currently working on its next round of funding. Sawhney notes that abroad, Singapore has a great reputation for “good overall governance, transparent business practices and a strong protection framework for intellectual property.”

Hub for a Fragmented Region

“However, while there are many forms of seed-stage investments available through government agencies and research or innovation grants, there isn’t as much … early-to-growth stage venture capital for A.I. and deep tech verticals, [especially] cheque sizes between the range of US $2 million and $10 million,” says Sawhney.

ViSenze’s first client was Rakuten Ichiba, the Taiwanese branch of Japan’s leading online retailer. In 2013, Taiwanese customers were the first to insert pictures into ViSenze’s search engine, which — after analysing cuts, shapes, colours, hemlines and all other details of a garment — would display matching merchandise.

Today, ViSenze serves Singapore’s online fashion retailer Zalora, as well as Asos, H&M and Uniqlo, and is in talks with European luxury brands to deploy its technology in stores. More recently, the company has partnered with Samsung to develop a “visual commerce marketplace” for the Korean giant’s devices.

In addition to a cosmopolitan approach to penetrate neighbouring countries, impressive adaptability is necessary for customer-facing firms hoping to tap into Singapore’s surrounding region, populated by over 650 million people of different languages, faiths, tastes, currencies and fiscal systems. Indeed, Singapore is unlike any of its immediate Southeast Asian neighbours which are still developing countries. Singapore’s mature market environment has led it to become the wealthiest by far in the region with a GDP per capita of $52,961 compared to an average $4,021 in Southeast Asian countries.

Besides the income disparity across the region, the vast Muslim demographic in Malaysia (about 60 percent of the population) and Indonesia (about 87 percent) mean that Singaporean start-ups need to adapt to a very diverse mix of fashion preferences.

This reality obliged fashion clothing rental company Style Theory to use Singapore as its testing ground before determining its strategy when expanding into Jakarta, Indonesia. Founded in 2016 and inspired by US-based Rent the Runway, Style Theory offers to its 80,000 users (across Singapore and Jakarta, with the majority in Singapore) an unlimited wardrobe packed with garments from over 260 independent designers for $129 SGD (around US $95) per month.

There are so many fragmentations, the winner will have to be able to navigate the differences.

The “Singapore test” proved “perfect to experiment new features and gain immediate feedback,” after which founder Raena Lim decided to expand in Jakarta and aimed to reach 25 million customers. This entailed opening a warehouse in the capital, hiring local people fluent in Bahasa and curating a completely different selection of apparel to suit local tastes. However, the company has scaled successfully thanks to the tech and sourcing lessons learned in Singapore.

“The Southeast Asian market is different in each place,” says Lim. “There are so many fragmentations, the winner will have to be able to navigate the differences.”

For some investors, the hurdles faced by a consumer-facing business operating in the region is a healthy stress test. “The diversity of the Southeast Asian countries and the limitations deriving from it constitute an opportunity for consumer-facing businesses to build a competitive edge and unique entry barriers,” says Reina Nakamura, principal at Cento VC and general partner of Start Today Ventures, specialising in series A and B funding.

Nakamura observes that as opposed to focusing on tangible fashion products, Southeast Asian brands function as technology-driven businesses. According to her, this is the only way to tap into the growth of neighbouring countries, estimated at around 5 percent in 2018 by the IMF.

Nevertheless, Singapore proves an apt springboard into the Chinese and Australian market for young designers, argues Kenneth Goh, the editor in chief of Harper’s Bazaar Singapore. Every year, the publication hosts the Bazaar NewGen Awards in collaboration with the Harper’s Bazaar editions of Thailand, Vietnam, Malaysia and Indonesia, in order to select a designer for a one-year mentorship at London, Paris or Milan’s Istituto Marangoni.

According to Goh, holding the competition in Singapore makes sense as the country has developed wide-reaching relationships to Europe and Australia, subsequently attracting many major brands’ regional offices.

“Fashion is very competitive, and you need a community to succeed,” says Goh. “Singapore has a vibrant one.”