At a time when government funding is scarce elsewhere, Australia is injecting more than $380 million into its fashion and design industries. Is the money being well spent?

At a time when government funding is scarce elsewhere, Australia is injecting more than $380 million into its fashion and design industries. Is the money being well spent?

When Australian Fashion Week wound up in Sydney on June 4, the biggest event of the season was yet to come. Two weeks later, industry leaders were summoned to the city’s Powerhouse Museum where the New South Wales (NSW) state government announced that it would spend around AU$500 million (US$380 million) to turn the complex into a fashion and design hub.

“We’re resetting what a museum can and should be, not just for a community, but for an industry,” said Powerhouse chief executive Lisa Havilah. “We’ve looked at how we can support the fashion industry in multiple ways, increasing the visibility of Australian fashion but also investing in resources to help sustain makers in their creative practice.”

Described as the country’s single biggest investment in arts and culture since the building of the Sydney Opera House, the funding will allow the museum to focus on presenting fashion exhibitions and programmes that support the design and fashion industries as well as the establishment of a creative industries precinct delivering subsidised studio and workspaces for fashion designers.

Designers like Mary-Lou Ryan, co-founder of Sydney-based brand Bassike, said the news marked a new way of viewing the relationship between culture and commerce in Australia. “[It] demonstrates a commitment to bring design and fashion to the forefront, which in turn creates and supports business opportunities,” she said.

Will Branding and Placemaking Translate to Exports?

The Powerhouse Museum renewal was the second marquee government fashion initiative since the start of the pandemic, following the announcement on May 12 of a AU$1 million (US$753,000) federal grant to create a trademark to help bolster and support the national industry following the impact of Covid-19.

This is the most significant federal funding… in decades.

In a media release, Australia’s Department of Industry, Science, Energy and Resources emphasised the importance of its scheme “to support the design and development of an Australian fashion certification trademark, promoting and endorsing the high quality of locally designed and produced products to key overseas markets.”

The news was welcomed by Edwina McCann, editorial director of the Australian editions of Vogue, Vogue Living and GQ. “This is the most significant federal funding in support of our Australian designers and remaining local manufacturing community in decades,” she said.

“It’s come when they need it most, and when the e-commerce and social media-led, direct-to-consumer export market has evolved to best take advantage of the opportunities the grant will create,” she added. McCann believes the grant will be a catalyst for job generation and serve to support small businesses. “[It will also] assist our unique fashion industry to export an image and wares which reflect our desirable Australian lifestyle to the world.”

But not everyone is quite so enthusiastic. Some believe the money would have been better allocated to reviving Australia’s moribund manufacturing industry.

“I would like to have seen that $1 million go to local makers and production to develop the skills, machinery and technology so we don’t have to go offshore to manufacture in countries where ethical and sustainable practices are being questioned.”

Australian Fashion Council (AFC) chief executive Leila Naja Hibri agreed on that point. “We need to look at what type of manufacturing we can rebuild in Australia then work on building that up over the next five to ten years,” she said.

I would like to have seen that $1 million go to local makers and production… so we don’t have to go offshore.

As was the case around the rest of the world, the pandemic hit Australia’s fashion industry hard, with a May 2020 AFC survey finding that “the apparel and fashion industry is in crisis mode.”

In-store sales were down 87 percent and online sales declined by 56 percent, according to the survey. Between 60 and 75 percent of businesses were struggling to cover the leasing costs of their headquarters and retail operations. The road to recovery would be long, the survey found, with only 34 percent of respondents being confident that they could rebound financially and 54 percent believing it would take more than a year.

Since then, “the impact on staff, retail footprint and the ambiguity that still currently exists has been most challenging,” says Sophie Holt, creative director of Australian heritage brand Oroton. “We have [also] suffered from the lack of tourism and international talent who are unable to come into the country.”

Accelerating the Recovery of a Comparatively Resilient Market

The two funding announcements bookmarked Australian Fashion Week, one of the first major international fashion weeks to be held in-person since the outbreak of Covid-19, and suggested that the Australian industry has weathered the pandemic with greater government support than other fashion industries around the world.

While the Australian apparel and footwear market declined by 11 percent between 2019 and 2020, according to Euromonitor International, the country’s federal government JobKeeper subsidy paid to businesses affected by Covid-19 helped mitigate the impact. 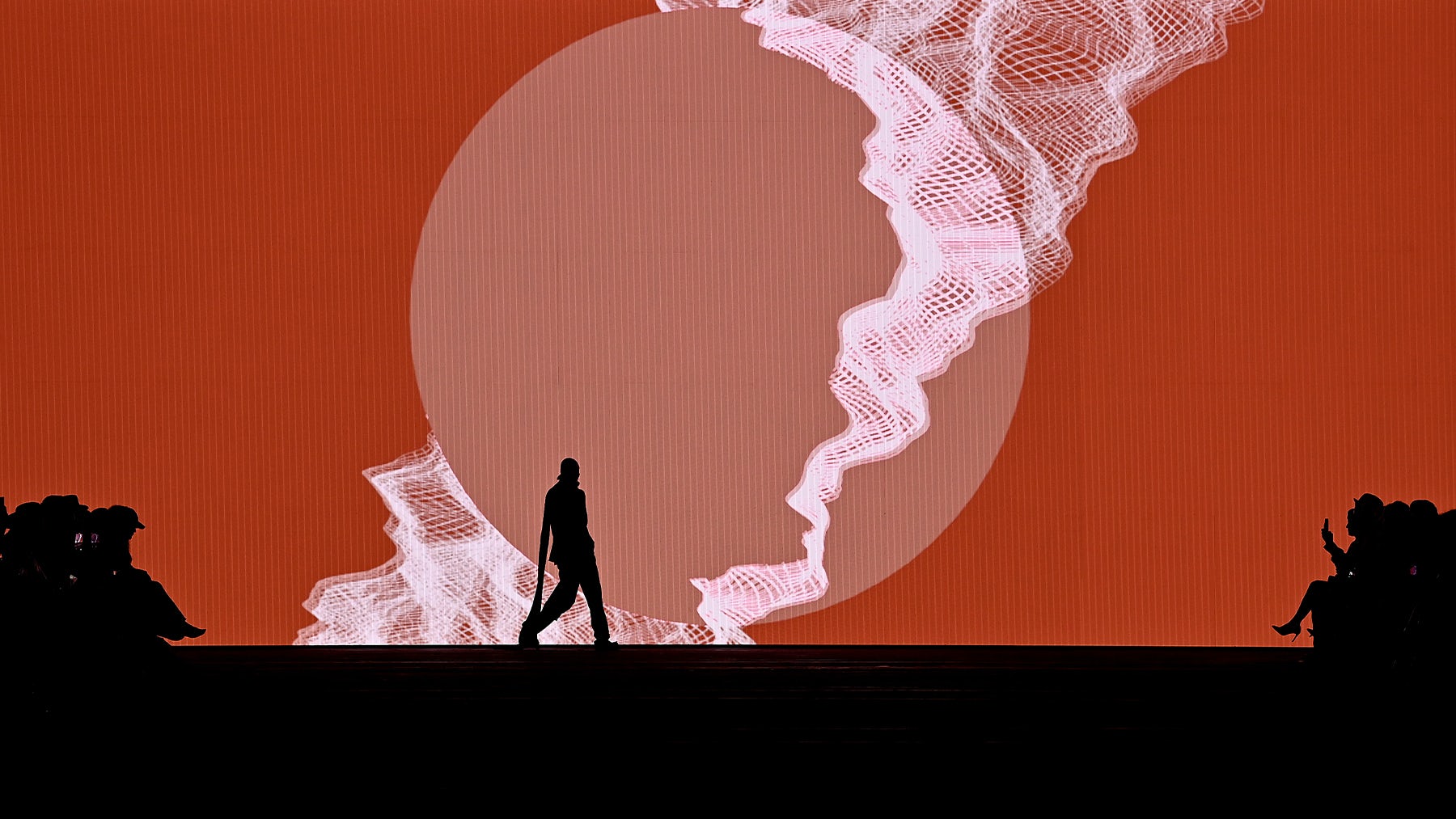 Australia’s strong border containment policies also meant many in the industry were able to get back to business earlier than others around the world.

“JobKeeper was a blessing as a business owner and while our strict lockdown measures and quarantine requirements are often shocking to other countries, it has allowed our industry to have long periods of somewhat normalcy where others haven’t,” says Robyn Catinella, founder of Sydney fashion sales and press agency Catinella.

The fashion industry’s domestic market may have fared relatively well, but international business has been arguably more challenging. Due to Australia’s geographic isolation, the lack of physical access to international markets and tourists — especially from China — tested many companies.

“Travel is a key part of getting our Australian brands exposure internationally, so Covid and containment policies had a huge impact,” says Catinella. “The remoteness of Australia, as well as strict travel restrictions, meant that physical international sales markets have been put on hold for us, so, like many, the industry had to look to digital and virtual alternatives.”

Catinella built her own virtual showroom platform, as well as developing a VR pipeline to connect with buyers globally, while other Australian designers took advantage of the AFC Virtual platform on digital showroom provider Ordre.

Australia recovered from the impact of the Covid-19 faster than any other country in the second quarter of 2021, according to the Euromonitor International Global Recovery Index, though it was outpaced by the likes of China and the US in previous quarters during the pandemic. The index tracks economic recovery based on GDP, employment, retail sales, consumer confidence and spending indicators.

Travel is a key part of getting our Australian brands exposure internationally, so Covid and containment policies had a huge impact.

The wider economic recovery will likely buoy the fashion industry along with other financial injections into the sector, including a AU$1 million (US$753,000) federal government grant in May to help it reduce clothing textile waste. Seen collectively, Australia’s three recent public investments stand in contrast to public funding cuts and government apathy to the plight of fashion industries in other countries in the wake of Covid-19.

Last month Ukraine’s government announced it had declined to fund the organising body of its premier fashion week, and one of the longest-running events in Eastern Europe, for its upcoming 49th edition this September. The event will continue, but mainly in a digital format, organisers said.

As early as last June, the British Fashion Council called for greater government support to help save an estimated 240,000 industry jobs that were predicted to be lost according to data released by Oxford Economics, following a plea by the Camera Nazionale della Moda Italiana in March for more public support, claiming the Italian government’s plans to support the national fashion industry were insufficient.

Australian Style Helped Insulate Some Brands From the Crisis

One factor that helped Australian designers survive the pandemic better than some of their international counterparts was the nation’s reputation for relaxed and casual clothing.

“During lockdown, the focus was on apparel that was casual or for exercise, thus the rise of brands like [athleisure label] PE Nation that have gone from strength to strength during the pandemic,” says chief executive of Ordre, Simon Lock.

Products that are ‘Made in Australia’ are resonating with consumers more than ever.

Sydney-based designer Christopher Esber says his international sales increased by over 500 percent this year, which he attributes to his clothing having “an undone, relaxed element that reflects Australians’ sense of ease in their approach to dressing, which has found global appeal like never before.”

While other designers around the world shuttered stores, Sydney brands Double Rainbouu and Holiday The Label opened a boutique in the Paddington area of Sydney to showcase their colourful resortwear.

“We got a little bit scared before opening because both of our brands are quite celebratory, travel-focused and loud,” says Double Rainbouu co-founder Mikey Nolan. “Remember during the Global Financial Crisis when everyone just started wearing black, grey and navy? I thought that would happen during Covid-19 as well, but instead it’s like people are needing a release and want to brighten up their day because the world is so bleak.”

Holiday The Label founder Emma Mulholland in particular enjoyed a surge in sales during the pandemic when then-pregnant supermodel Gigi Hadid wore a pair of its green chequered pyjamas during a social media takeover for V Magazine. 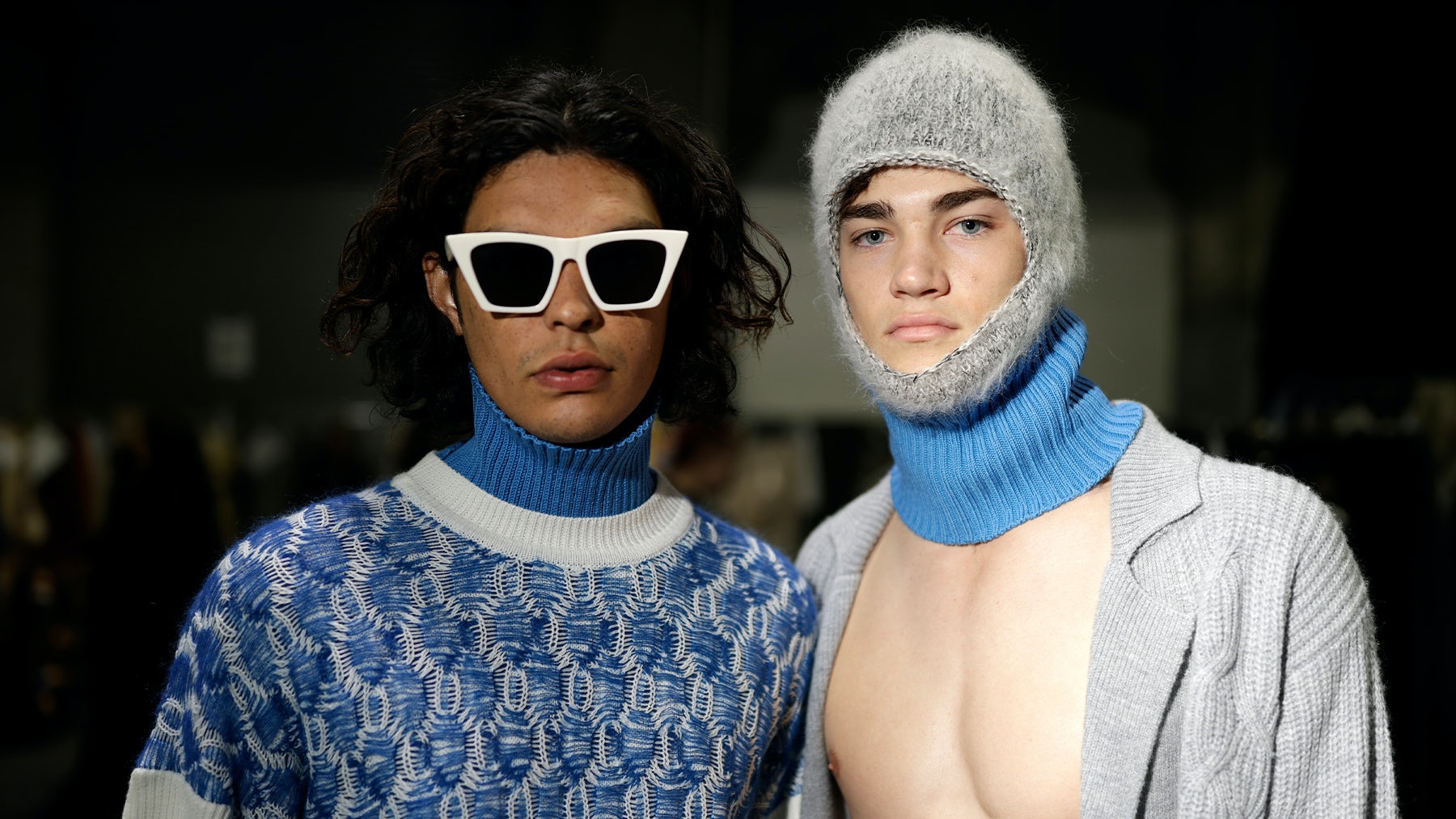 “I had quite a bit of growth online … during Covid, because my clothes have a lounge/leisurewear aspect to them that really resonated with people stuck at home,” Mulholland said.

In October, Australian investment office Tattarang acquired the country’s heritage bush outfitters brand RM Williams for AU $190 million (US $143 million), in a further vote of confidence in the global appeal of Australian-made.

“Products that are ‘Made in Australia’ are resonating with consumers more than ever and the latest developments and Brand Australia will expedite the up-skilling and training needed to facilitate this,” says RM Williams acting chief executive Michelle Hepworth.

Last month felt like an inflection point for the local fashion industry as it prepared for the next phase of recovery. Euromonitor estimated that Australia’s apparel and footwear market was set to grow by 6.9 percent between 2020 and 2021 and then grow by 4.3 percent between 2021 and 2022. However, the firm’s forecasts were made before the latest wave of lockdowns and restrictions got underway.

At the time of going to press a surge of new Covid-19 cases had plunged Sydney back into lockdown, and with just 4.7 percent of the Australian population having been fully vaccinated, other cities and states were likely to follow suit.

Though the three sources of government funding announced in recent weeks will almost certainly help the fashion industry partially recover from the impact of the pandemic, industry leaders see the need to seek further support even more acutely now than they did a few weeks ago.

Australian Fashion Council chief executive Leila Naja Hibri said the release in May of the Ernst & Young report “High Fashion to High Vis: The Economic Contribution of Australia’s Fashion and Textile Sector,” will provide the data needed to lobby the government for further support.

“That report is going to be the fork in the road,” said Naja Hibri of the survey that found the fashion industry contributed $27.2 billion to the Australian economy and generated $7.2 billion in exports. “It is going to change the way government treats us because they now know that we are a viable industry. They are finally listening to us, so the challenge is now, how do we move forward?”