In China, Hermès Paces Itself

As Hermès opens its first ‘maison’ in China, BoF sits down with Weiming Cao, the company’s president for Greater China to discuss the new store, the company’s expansion strategy and building a multi-local luxury brand.

SHANGHAI, China — Opposite the electrifying façade of a Louis Vuitton flagship, Hermès’ first ‘maison’ in China plays a more humble card: at night, the heritage brick façade evokes a classic quattrocento palace, while the reflective ponds on each side of the entrance create a moment of tranquillity for visitors to the space, a former school turned police station originally built in 1928 and situated in the heart of Shanghai’s French Concession. 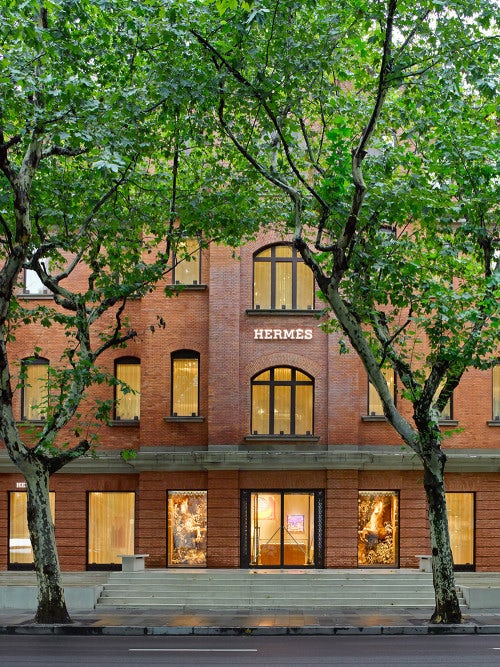 The Hermès maison in Shanghai | Photo: Masao Nishikawa for Hermès

The 1170 square-metre store, more than six years in the making, is something of a metaphor for Hermès steady, unhurried approach to China. “Heritage and quality, enhanced with modernity and creativity will be the keys to Hermès’ success in China,” affirms Weiming Cao, the company’s president for Greater China since late 2013. But the store opening comes at a delicate time. China’s market for luxury goods is slowing, impacted by decelerating economic growth, a government anti-corruption drive and fast-maturing shoppers who are shifting spending away from major luxury brands. “After years of intensive growth, we have been facing, over the past 2 or 3 years, a slight decrease,” acknowledges Cao, who declined to break out China sales. “Our development has always been carefully controlled, however: as a brand, Hermès believes that quality is always the wiser path and a better strategy than quantity.”

Hermès first entered China in Shanghai in 1997 and has grown a network of 22 stores across 15 Chinese cities, expanding at a much steadier pace than competitiors like Louis Vuitton and Gucci. From 2015, Hermès plans to open no more than one store per year (next will be Chongqing, a city in the Sichuan Province with 29 millions inhabitants). “We plan on running 35 stores ten years from now and keep on branching out at a constant, controlled pace,” says Cao. “We will always remain selective in terms of distribution and build on quality, rather than locations.”

Jean-Louis Dumas, the company’s former president and group chairman from 1978 to 2006 used to say, “We are multi-local,” an approach that Cao says Hermès will continue in China. Indeed, the brand gives a rare degree of autonomy and independence to its local stores managers, who each determine product assortment at their locations, meaning that, in Shanghai and Beijing, a customer will find the same quality and service, but a different product offering. “Our stores can be compared to editorials and our store directors to editors-at-large: each boutique or Maison reflects their personality, their understanding and vision for the local market,” says Cao.

“Our main challenge in China is to promote the ‘hand’ and Hermès’ slow culture for exceptional objects,” he continues. “We believe it will prove the best strategy in the long run. We do not expect an immediate return on investment, but rather healthy growth, based on the intrinsic quality of the objects we craft. China was historically a country of craftsmanship: craft was a traditional pillar before the Cultural Revolution. Today, this consciousness is on the rise again. There is a rising consciousness that industrialisation has gone too quickly, that heritage has been left aside and traditions forgotten.”

The second floor of the new Shanghai store houses three expert ateliers, dedicated to leather, tailoring and watchmaking. “We welcome customers to see, feel, touch and exchange with our dedicated craftsmen,” says Cao. 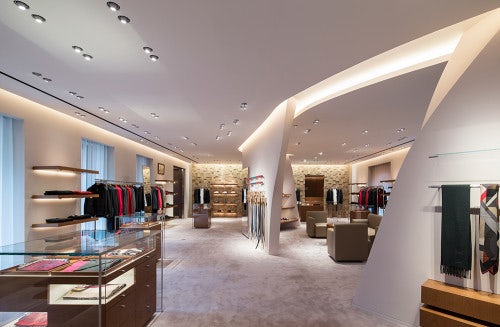 “In just over ten years, the Chinese market went from being non-existing to being our largest customer base,” says Florian Craen, executive vice-president of sales and distribution, who has overseen the Asian market since 2009. “Of course, such a rapid development put pressure on our structures and production system, but most of all it forced us to anticipate local needs and change our habits to follow Chinese demand. It was also crucial to stay unique and distinguish ourselves from other luxury brands, especially when confronted with Asian mall culture. In most cases, we did so by opening stand-alone stores that send a strong visual message. The opening of the ‘maison’ is an even bigger statement for Hermès: it is like a home; it has natural light and revives a Chinese heritage building. Inside, with a café and intimate salons, with craftsmen available at all times and a vast exhibition space, it clearly embodies Hermès’ vision for the future.”

“Today, our Chinese clientele consumes a third in mainland China, a third in Greater China (Macao and Hong Kong) and a third in Europe. We aim to change that to 50 percent in Mainland China and 50 percent in Greater China over the next few years,” reveals Cao. “If we succeed, it will prove that we have gained customer loyalty and been able to anticipate and answer their wishes, locally — and that Hermès is, indeed, a ‘multi-local’ luxury group.”

Clara Le Fort travelled to Shanghai as a guest of Hermès.