About 20 percent of China’s 200 or so billionaires can thank the fashion business for at least part of their fortunes. But how did these fascinating characters get to the top?

SHANGHAI, China — For a social media sensation surrounded by unfathomable wealth, Wang Keke is a bit unusual. Not only does she wear a tiny pink Fendi bag around her neck but she also tends to wear two matching Apple Watches at the same time, one on each wrist. And although she is followed by nearly one million eager fans on her Weibo microblog hoping to see which accessories Keke might show off next, she never buys a single item herself. That is because Keke is a pampered pet dog who happens to be owned by the son of China’s richest man.

As the founder of Dalian Wanda Group, Wang Jianlin has a vast real estate portfolio, growing entertainment interests and over 100 Wanda department stores selling an assortment of brands around the country. The fact that Wang’s son was able to attract such an extensive social following for his dog may seem like a bizarre achievement for a 27-year old, but it also points to the extensive public interest in the family of this tycoon worth $24.2 billion.

Wang Sicong, the young flamboyant heir to the family firm, has become famous for such oddities and antics over the years. While Sicong doesn’t think twice before dispatching one of his father’s Gulfstream jets to bring a Korean girl-band to an island resort for a private serenade, the shopping sprees his father Jianlin embarks on are a bit more subdued. 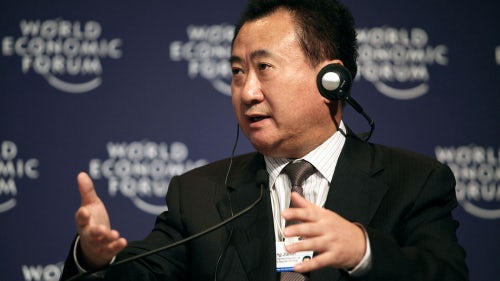 The self-made 60-year-old entrepreneur, who would occasionally snap up a football club or a masterpiece by Picasso, now prefers spending his fortune on Internet business ventures like the one he is creating with fellow Chinese billionaires Robin Li of Baidu and Pony Ma of Tencent.

The deal is meant to help Wang’s department store empire fend off advances by the likes of Jack Ma, who — like Wang — can credit some of his $22.7 billion fortune to the selling of fashion. But in Ma’s case, it has been done online on Taobao and Tmall, the jewels in the Alibaba crown which he first started wearing in Hangzhou in 1999, a full decade after Wang established Wanda in Dalian.

According to Forbes, which ranks the world’s wealthy, there are currently over 200 billionaires in mainland China. An analysis of their many business interests reveals that as many as 40 of these are entrepreneurs and investors who can trace their fortune back to fashion — or who have fashion to thank for a significant part of it.

Measuring the personal wealth of the founders and leaders of a business may not be the traditional way of gauging corporate performance, but it can shed a lot of light on the machinations of a nebulous fashion industry like China’s.

“Most fashion billionaires started from the garment industry, but as their businesses grew, they started to get involved in real estate or other financial investment projects. This was especially true in the regions around Zhejiang and Fujian where garment enterprises couldn’t escape this pattern,” says Yu Lingyuan, fashion director of FHM China, a men’s magazine.

Take Li Rucheng, for example, who used to work in a collective factory in Ningbo in the early 1980s before being promoted to factory chief. Today, he is the billionaire chairman of Youngor Group, an enormous menswear manufacturing conglomerate that employs 50,000 people and has since diversified into property and finance.

“Compared to other industries, China's garment enterprises could scale very fast through the distribution system and make their owners into millionaires in a comparably short period of time. Becoming a billionaire, however, is another matter — which is why they eventually need to turn to complementary investments,” Yu Lingyuan adds.

Li was not the only textile billionaire who worked his way up from the factory floor. Zhou Yaoting was toiling away at the Gangxia Knitting Factory 35 years ago when he persuaded some of his fellow factory workers to pool their money to buy stocks of the factory which would later anchor his conglomerate, the Hongdou Group.

Before he earned several billion at his firm Shenzhou International Holdings, which produces customized fabrics for the likes of Uniqlo, Adidas and Nike, Ma Jianrong also found himself gradually moving up the textile ladder. Most of China’s textile billionaire moguls have similarly enterprising backgrounds.

Zhou Jianping, a menswear and fabric producer, reportedly spent his entire savings in 1988 to build a factory empire called Helian Home in Jiangsu with 18 other workers, while Miao Hangen of the Shenghong Group worked in a silk manufacturing factory until he eventually took it over thanks to his talent for developing new fabric technologies. Meanwhile, Sun Pingfan’s $1.4 billion fortune was made supplying Ningbo Cixing knitting machines to the factories in the very same fashion supply chain.

“Some of these entrepreneurs had an OEM (original equipment manufacturer) background but others just seized the opportunity of being there at the moment of birth for the local fashion market. I think they would have probably been just as successful in another sector,” says Ian Lin, the founder of wholesaling platform Showroom Shanghai.

Many took cues from the Hong Kong billionaire barons who had made a killing in fashion before them, like Chen Din Hwa of Nan Fung Group, Cheng Yu-Tung of Chow Tai Fook, Hui Wing Mau of Shimao and Tang Yiu of Belle International. Similarly, a new generation of Chinese investors at Fosun Group started building their empire while others emulated uber-wealthy Hong Kong fashion investors such as Silas Chou, the Fung brothers of Li & Fung or the Lau brothers behind the Sogo department store group. 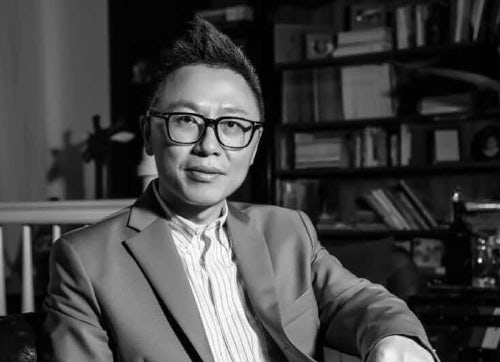 After textiles, the Chinese fashion billionaires who have been in business the longest tend to come from the supply side of apparel manufacturing. Many — like Jacky Xu’s Trendy International which benefitted from the company’s proximity to Hong Kong — originated in Guangdong, but other provinces along China’s east coast got wealthy off the trade too.

Exporters, textile producers and garment machinery makers all took advantage of the 1980s and 90s economic reforms, which helped make China the workshop of the world.

Later arrivals to the fashion billionaire brigade were often those who created domestic brands that either dominated a product category or hit a major market demographic.

Ding Shizhong, president of Anta, and Lin Tianfu, chairman of Guirenniao, did just that in the sportswear and trainer categories. Similarly, Qiu Guanghe of Zhejiang Semir Garment Co was able to amass more than $4.3 billion thanks to his 7,500 Balabala stores selling childrenswear.

As one of China's largest jewellery manufacturers, Yu Awu turned Zhejiang Ming Jewellery into $1.59 billion worth of personal wealth. In cosmetics, a young flamboyant character called Leo Chen made $1.12 billion as the founder of Jumei International, which became one of China's largest online cosmetics retailers. And around the same time, Daphne Group’s billionaire founder Chen Hsien Min was selling affordable, trendy shoes.

Many other retailers, etailers and commercial property firms flourished later on as disposible income levels rose among Chinese consumers. Like Jacky Xu’s Ochirly and Trendiano fashion brands, a few other Chinese fashion billionaires managed to create household brand names along the way.

Zhu Chongyun’s Marisfrolg became a gold mine which allowed her to later acquire the Italian brand Krizia. And although Zhou Chengjian’s youth fashion retail chain Metersbonwe has been facing stiff competition from online rivals, he is still worth $1.7 billion thanks to that brand’s ubiquity in China.

“The number of these billionaires operating in fashion will definitely go up in the future, but we won't have the kind of billionaires you have who are bosses of companies like Zara, H&M or Uniqlo and the richest individuals in their own countries. China's industrial environment is not the same and we can’t copy the SPA model (Specialty retailer of Private label Apparel) in the same way,” says Bedi Ye, editor-in-chief of Fashion Trend Digest.

Chinese market observers tend to make a clear distinction between China’s billionaire brand founders and their peers in the West. Besides the fact that the owners of Western fast fashion brands serve a global market rather than an exclusively domestic Chinese one, there are sometimes very different business motivations too.

“I’d say less than 10% of China’s fashion billionaires went into business because of a passion for it,” Bedi Ye adds. “They are all very money driven and some probably just felt forced into the industry because it looked highly profitable [as a trade that serves one of the three essentials of life, food, clothing and shelter],”

FHM China’s Yu Lingyuan agrees: “The first generation of Chinese garment entrepreneurs rarely talked about fashion awareness or a kind of love for it. Instead, it was about their early hardships because that’s the era they grew up in. But the second generation has gradually come to power now and I believe that China's garment industry will face significant changes, like the emergence of more brands like Erdos.” 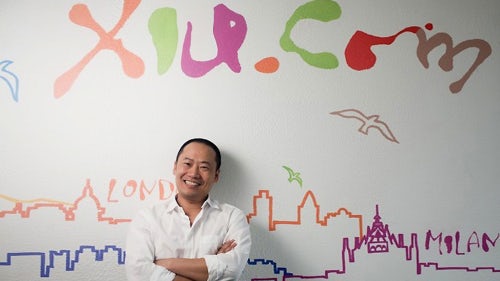 Indeed the rags to riches stories behind so many of China’s earlier fashion billionaires bear little resemblance to the younger generation of fashion tech entrepreneurs who have struck it rich since. The founders of flash sale site Vipshop.com, Eric Ya Shen and Arthur Xiaobo Hong Shen met while doing an MBA, while the founder of the designer e-tailer Xiu.com, George Ji Wenhong also comes from a well-off, educated background.

“Some of today’s fashion billionaires do love fashion though of course,” says Showroom Shanghai’s Lin. “Zhu Chongyun from Marisfolg has started a more artisanal label using her own name [which is based on ancient Chinese designs] and Zhou Chenjian from Metersbonwe has the biggest personal collection of ancient Chinese garments and ethnic costumes around. He’s even built a museum for it.”

“Anyway, keep in mind that compared to the mainstream fashion world that we’re used to, these guys had to be very bold, often lacking experience, and be super quick to respond to changes in the market while building guanxi (“relationships”) with malls, department stores and government officials from nothing all at the same time,” he adds.

Having good guanxi is essential for anyone doing business in China, but it is especially so for those operating at the pinnacle of a given industry.

It is much easier to build a network of loyal officials around yourself for a future in business when you have experienced working in the government as billionaire businessman He Jinming did, before forming his Renrele Commercial Group, which controls a chain of department stores.

But in China’s often opaque business environment, the web of patronage around guanxi can get dangerously tangled for wealthy businessmen who suddenly find themselves hanging on by a thread — circumstances that billionaire Song Zuowen knows all too well after being accused of bribery in a Chinese court case last year. Song’s Nanshan Group, which operates the Shandong Nanshan Fabric and Garment Company, is one of about 70 listed companies that were implicated in Chinese President Xi Jinping’s campaign against graft.

“It will get harder and harder to create more fashion billionaires now. The environment has changed so much,” says Shanghai Showroom’s Lin, referring to a new reality being moulded by forces like China’s slowing economy, its increasingly competitive fashion retail market and the rise of new markets that are beginning to rival China as attractive bases for manufacturing.

“There are still tons of fashion companies making multi-millions of dollars in annual revenue out there in China, but they’re the kind without much brand awareness for the masses. If their owners want any chance of getting as rich as the ones who got rich during China’s market emergence, then they’re going to have to rethink their notion of fashion brands and redefine more than a few of their strategies too.”