SYDNEY, Australia — Tamuna Ingorokva was just 11 years old when she witnessed a massacre on the streets of her hometown in Tbilisi, Georgia. Twenty people died and hundreds were injured when the Soviet Army clashed with demonstrators seeking independence. Georgia, a tiny nation wedged between Europe, the Middle East and Russia, has come a long way since 1989 but it remains on the very periphery of the great powers surrounding it.

As the violence and civil unrest unfolded during the breakup of the Soviet Union, Ingorokva’s parents sent her abroad to France and Germany to study before she returned home to Georgia to launch a fashion brand in 2000 when peace had been restored. But long periods of isolation and the more recent Russo-Georgian war of 2008 have made Georgia feel a lot further from the centre of fashion than the 5,000 kilometres that already separates its capital from Paris.

“Since a very young age, I had to live a decade of political instability with ongoing financial, economic and social crisis [but] my country has lived through revolutions, wars, turmoil and changes that stimulated so many transformations,” she says.

Despite the fact that Georgia sits on the very fringes of Europe and lacks the advantages of being part of an integrated region like the EU, it is now enjoying international success with designers like Ingorokva, whose minimalist clothing is sold in many key fashion markets around the world, and others living abroad such as David Koma, Tata-Naka and Demna Gvasalia, the new artistic director of Balenciaga who is also behind Paris-based brand Vetements.

Breaking into the global marketplace is no easy feat for designers from far flung places like Georgia. While affordable flights, online communication and various technological advances have made it much easier to do business from afar, major hurdles remain for designers from outlying regions.

Geography, infrastructure, logistics and other factors continue to plague many entrepreneurs from outside fashion’s traditional power axis. Yet some are turning the constraints and challenges posed by their remote location into a competitive advantage.

BoF and fashion industry leaders explore how brands from distant markets break into the global marketplace at the VOICES Sydney event in March 2016.

The tyranny of distance

“We have hidden treasures in fashion in Georgia that have [yet] to be discovered,” says Sofia Tchkonia, who founded Mercedes-Benz Fashion Week Tbilisi last year as a showcase for up-and-coming Georgian designers such as Djaba Diassamidze and Lado Bokuchava of Atelier Kikala, and labels including Avtandil and Materiel Tbilisi. “Because of their isolation, our designers can really bring something fresh to the world of fashion — and there’s a growing market for that.”

According to Tchkonia, the psychological distance to the fashion capitals from places like Georgia can be as palpable as the physical distance. Under the right circumstances, however, distance can be harnessed to drive creativity and unique approaches to business.

“We are a little bit lost as a country, but the good thing is that it means Georgian designers have a very different vision of fashion,” she says, pointing to how she uses the nation’s remoteness to help incubate fresh design through her fashion talent search Be Next. “[Our designers] are a little bit dark, a little bit nostalgic and dramatic. Fashion is not ‘just fun’ for them.”

However, she concedes, being remote also means that the fashion education system in Georgia has not moved on much since Soviet times, with few training opportunities or factories. 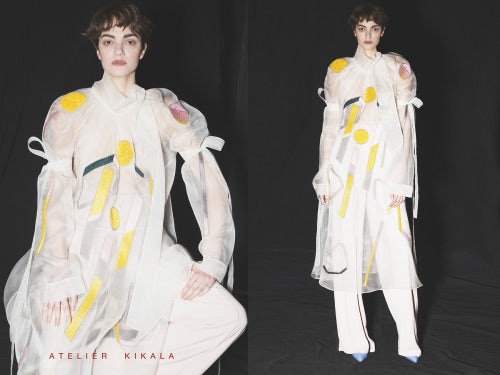 Even further from the fashion capitals is Iran. Economic sanctions have kept the country isolated from the global economy for years, but the market is now finally on the verge of opening up.

“In the past, a lot of fashion design activities used to take place underground,” says Tehran Fashion Week founder Amin Davaie. “This had cut off the industry and the designers from investors and other external entities that make fashion design sustainable in the long run.”

Founded in 2014, Tehran Fashion Week is beginning to develop an infrastructure allowing designers to connect with sponsors, media and education centres. The firm operating the event, Line, recently formed an education department offering courses for beginner and professional designers in collaboration with the Italian fashion school Polimoda. The first of these workshops took place in March in Tehran and revealed some of the unique challenges of being based in Iran.

“Instead of being creative and realising their full potential as active designers on the Iranian market, some designers have wrongly chosen to follow and adopt Western trends and ideals. This has led them to remain small and in the confines of their studios, unable to attract investors and necessary funds,” says Davaie.

“On the other hand, some designers — by using their knowledge of the Iranian culture and history — have been able to incorporate their identity in their works and have detected the right creative approach to successfully stay on the market.”

"Because of their isolation, our designers can really bring something fresh to the world of fashion."

However, critics say that design led by local cultural references is not always a strategy that the global fashion industry grasps with enough nuance. While South Africa Fashion Week may be the furthest fashion event from Europe’s capitals, it is in its 20th year and therefore more familiar to industry leaders abroad than the many others now emerging on the African continent. Despite gaining significant attention in recent years, the perceived distance of events in other African markets means that some designers’ work can be unduly exoticised by the establishment.

“So many global brands have done their African-influenced collections or made some token accessories in Africa, which reduces African fashion to a handful of clichés,” says Helen Jennings, author of New African Fashion and co-founder of Nataal.com, a global media outlet celebrating contemporary African fashion, arts and culture. “It’s time to change perceptions and the new [African] designers are doing just that.”

Brands from Southern Hemisphere countries like Australia, Brazil and South Africa are not only far from the fashion capitals but face the added challenge of inverse seasonality. Those wishing to reach the much larger Northern Hemisphere markets need to adopt the fashion cycle followed by Europe, America and Northeast Asia, delivering summer clothes there when it is winter in their home markets and vice-versa.

To do so, historically, many have born the cost of planning additional collections as well as attending trade shows and shipping products very long distances. Where Southern Hemisphere designers have an advantage, however, is in the warmer parts of the world, such as Southeast Asia and the Middle East where much of the market is seasonless. 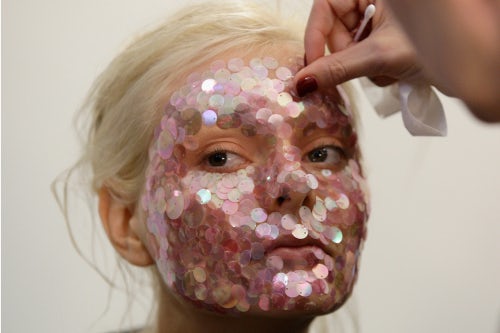 Encouraged by successes in some of those international markets, the big fashion week organisers in the Southern Hemisphere are now experimenting with and adopting innovative new business models that could play a role in the wider debate about restructuring the global fashion calendar.

Antipodean designers have largely welcomed the move, but are quick to point out that distance and isolation can also be advantageous on the global market, allowing them to “grow quietly” until the time is right to reach beyond a home market.

Speaking at BoF’s VOICES event at the Sydney Opera House last month, Australian designer Simone Zimmermann explained that great distances allowed some designers to make their early mistakes away from the scrutiny of the international industry while giving a brand a unique appeal.

“A point of difference is everything … and we can definitely attribute that to where we come from,” said Zimmermann.

New Zealand designer Karen Walker, also a speaker at the event, agreed: “Fashion is so much about discovering what’s new and by being based in Australia or New Zealand, you’re automatically an outsider. In some ways, that makes you more interesting,” she said. 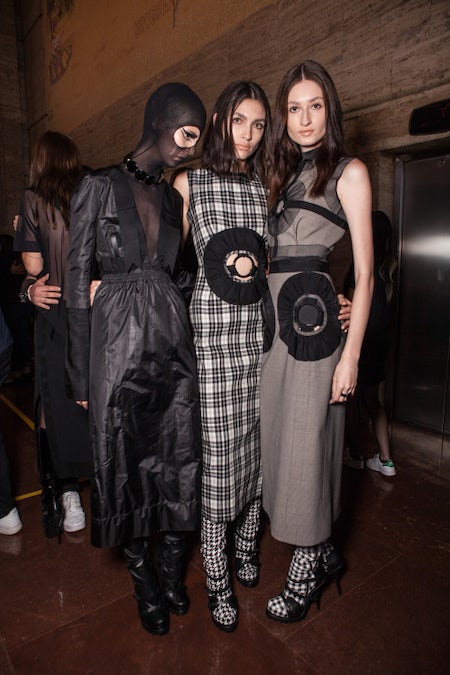 Where designers down under are looking to resort, Brazil is moving beyond the seasons, formally declaring São Paulo Fashion Week (SPFW) “seasonless” and adopting a “see now, buy now” model for this year’s event which runs from April 25 to 29. Instead of naming featured collections spring/summer or autumn/winter, SPFW is identifying them by number. Hence, the event has moved its dates closer to retail rather than wholesale seasons, with the next edition being called simply “SPFW season 41.”

“The possibility of seeing and being fascinated right now by a new creation shown at a fashion week that drives such visibility as SPFW and buying it immediately through multiple outlets … creates new business opportunities,” says SPFW founder Paulo Borges, referring to consumer demand sparked by social media and impulse. “Of course, this also increases the designers’ responsibility in offering creative and quality products that can stand a much wider and demanding consumer worldwide. That is [Brazilians’] main challenge in a competitive marketplace, not geography.”

Other industry players are using a tech approach to overcome the challenges posed by distant markets, moving trade away from the traditional runways to the digital sphere. Pioneering platforms like Stefan Siegel’s Not Just A Label, for example, trawl the world to create a community of young designers from far flung places and give them access to the global marketplace.

Two years ago, Australian Fashion Week founder Simon Lock created a B2B solution through the firm Ordre, which is a series of online showrooms that provide invited retailers with an easy and efficient way to place wholesale orders. “No matter where you are in the world, if you are a great designer we are going to bring you to the attention of the best buyers in the world,” says Lock

“The reason I established fashion week in Australia in the first place was to try and incorporate designers from the Asia Pacific region into the international fashion week circuit that weren’t otherwise getting recognition, [but] twenty years on, the world is a very different place,” he adds.

Today, Ordre has a portfolio of close to 100 designers which it presents online to a retail network of over 2,000 organisations in 93 countries.

“At the end of the day, retailers around the world just want great designers. I honestly don’t think they care where they actually come from.”