How Russia’s Richest Woman Made Her Fortune in Fashion

In this week’s Worldview, get to know the Moscow e-commerce mogul worth $12.7 billion, the Thai giant snapping up European retailers and Israel’s heady metropolis.

How Russia’s Richest Woman Made Her Fortune in Fashion

In this week’s Worldview, get to know the Moscow e-commerce mogul worth $12.7 billion, the Thai giant snapping up European retailers and Israel’s heady metropolis.

Introducing our latest BoF Professional briefing, Worldview, your weekly analysis on the global markets that increasingly drive growth in fashion, including spotlights on must-know people, companies and places, and a round-up of international news.

The Bashful Billionaire Who Kept Predatory Investors at Bay 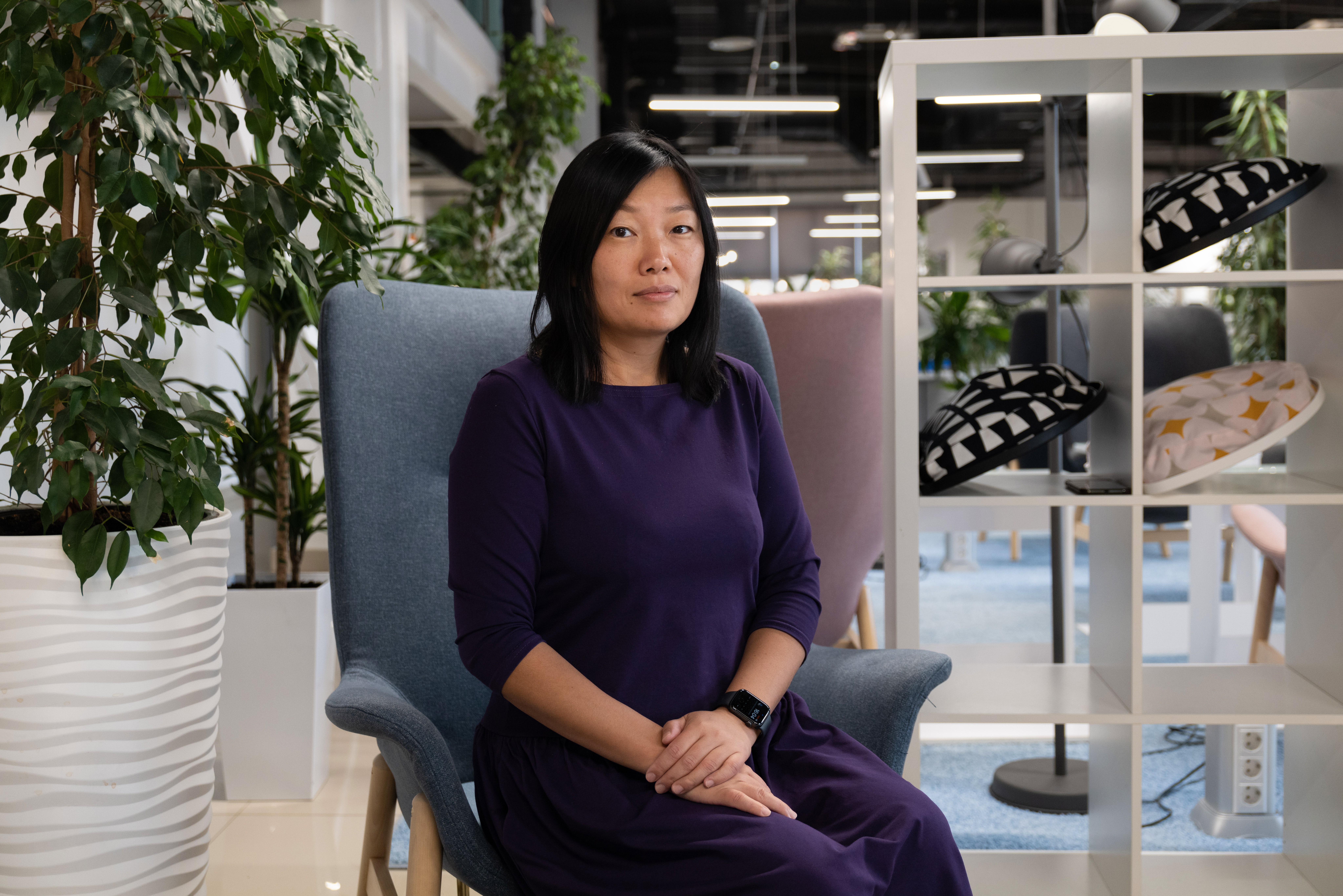 She may not be in the same league as Amazon’s Jeff Bezos, but Tatyana Bakalchuk has amassed a fortune that dwarfs that of many western entrepreneurs who have eclipsed her in the fame department. Researchers at Forbes reckon she’s worth a cool $12.7 billion. That makes her wealthier than the principal founders of Richemont, Farfetch and Urban Outfitters combined.

The source of Bakalchuk’s wealth is Wildberries, the fashion e-commerce platform she founded 17 years ago from her apartment. Realising how difficult it was to shop for herself while caring for a newborn, she concluded that a young mother’s frustration might just be the seed of a lucrative business idea.

Ploughing her life savings into the venture, she bootstrapped it with a few hundred dollars she’d put aside from her meagre teacher’s salary. It was a bold move for 2004, considering that fashion e-commerce was far more obscure in Russia than it was elsewhere.

Bakalchuk’s gamble soon paid off. The bright, trendy, affordable clothes she sourced from abroad proved an immediate hit among Russian women who were gradually moving online. After capturing Russia and nearby markets like Kazakhstan, Armenia, Ukraine and Kyrgyzstan, she expanded across Eastern and Central Europe through Belarus, Poland, Slovakia and eventually Germany.

By 2019, Wildberries was raking in annual profits of around $92 million. Last year, the company reported a turnover of $6 billion, thanks to Bakalchuk’s decisions to diversify into non-fashion categories and to convert new customers who had shunned online shopping prior to the pandemic by building a proprietary logistics network for the colossal Russian market — which stretches more than 9,000 kilometres across eleven time zones.

But it was her aggressive international expansion plan that caught Russian online competitors like Ozon off guard and surprised others who had misjudged Bakalchuk’s demeanour. Earlier this year, the soft-spoken CEO extended Wildberries’ reach westward into France, Spain and Italy. Today, customers can buy international brands such as Coach, Calvin Klein and Diesel on her platform.

That’s not to suggest the online market is saturated back in her home country. On the contrary, Amazon is conspicuously absent in Russia where e-commerce accounts for just five percent of total retail sales compared to around 14 percent worldwide. It’s no wonder brands are keen to learn how to capture a bigger slice of this market that so many find tricky to navigate.

Watching Bakalchuk manoeuvre on home turf is educational. From her conservative views on raising capital to the subtly disarming tactics she uses to fend off state-backed competitors and predatory investors, the Moscow-native provides a fascinating counter-narrative to the stories often told about excessive oligarchs and the cloak-and-dagger world they are said to inhabit.

Not that she seems particularly interested in shattering stereotypes. Nor, for that matter, is she attracted to the flamboyant leadership style espoused by top business schools in the west whose alumni she describes as “alien.” Quietly audacious and supremely pragmatic, Bakalchuk is far too busy to be ideological about business. Churning out 1.5 million orders a day helps keep a mogul-in-the-making focused.

The Bottom Line: Russian players like Lamoda.ru, Tsum.ru and Aizel.ru have learned how to serve the premium end of the e-commerce market but Wildberries became a frontrunner in the mass market after making serious headway in logistics. 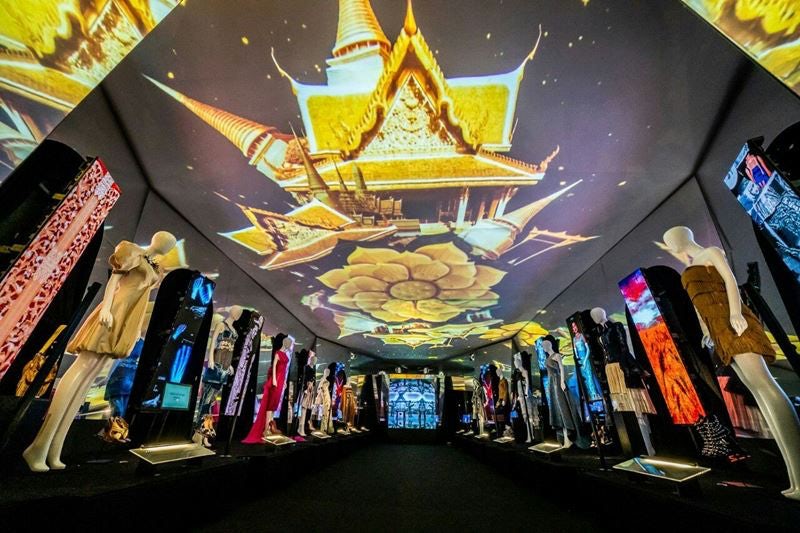 To fashion brand executives who want to sell in Thailand, it is often said there are two routes to success: either ally yourself with one of three rival dynasties or play a high-stakes game of retail diplomacy in this polarised society. Holding the keys to the country’s retail infrastructure are the Umpujh family of The Mall Group, the Chutrakul family of Siam Piwat and the Chirathivat family of Central Group, who have all been substantially impacted by the pandemic.

Brick-and-mortar retailers around the world have been using the lull in activity to upgrade their premises in the hopes that it will help attract shoppers back when restrictions ease. Those on the scale of Thailand’s Central Group can afford to do more than a lick of paint. The retail and real estate conglomerate is reportedly planning to spend $32 million refurbishing seven of its Central Department Store locations across the country this year and will also renovate some of its Robinson department stores, unveiling a new location in Ayutthaya this autumn.

Central Group’s significance to international luxury brands is far greater than its role as a gateway for wealthy locals and tourists (when they return) who shop in its 60 malls scattered across the Thai market. It also operates 32 malls in Vietnam as well as shopping centres in Malaysia and Indonesia. Unbeknownst to many, the Thai group also owns or has a significant stake in upmarket European department stores, including nine La Rinascente locations in Italy, three in Germany’s KaDeWe Group, eight in Switzerland’s Globus chain and the landmark Illum department store in Denmark.

The Bottom Line: When assessing local partners in markets like Thailand where conglomerates rule, brands need an intimate understanding of the partner’s diverse portfolio as it often reflects the extent of its bargaining power. 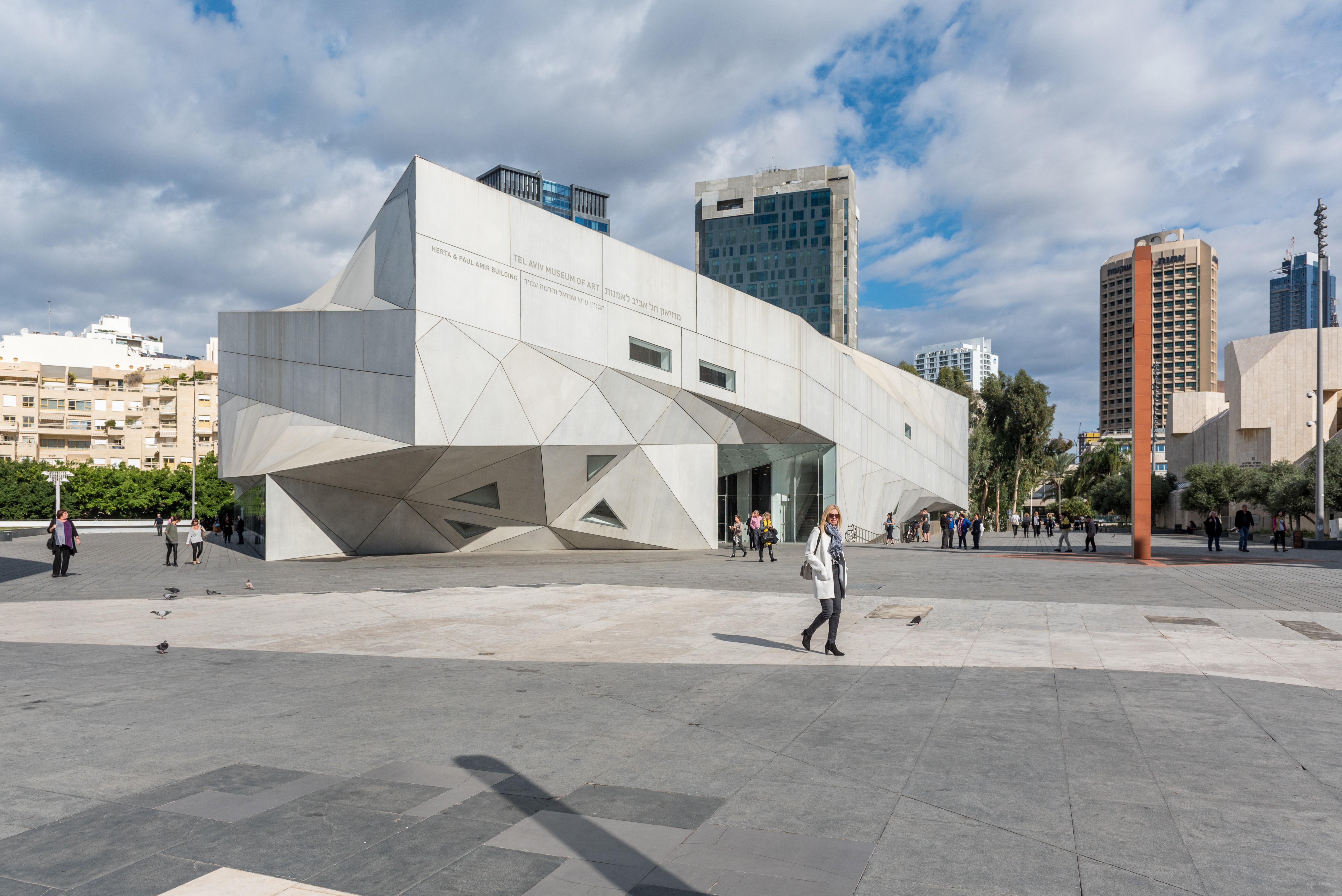 The beaches and clubs of the city were reportedly packed during the recent Passover holiday, which ended on Saturday and coincided with Motty Reif’s Kornit Fashion Week Tel Aviv showcase of online collections from 30 designers including Alon Livné, Dorin Frankfurt and Shahar Avnet. The streets of Tel Aviv are being characterised by the international media as a glimpse into the post-pandemic future once the rest of the world catches up with Israel, but the picture there isn’t quite as clear as it first appears.

Running the world’s fastest Covid-19 vaccination campaign, Israel has already administered both shots to more than half its nine million people. With infection rates falling, the country may soon be able to unlock more of society using its somewhat controversial “green pass” system which gives vaccinated people greater access. Fashion retailers were permitted to reopen a month ago after eight weeks of lockdown and, while customers have reportedly been slow to return to some locations, industry insiders remain hopeful that business will pick up.

That’s not the only reason the mood in this vibrant city is elevated. Tel Avivian business leaders have more cause to be hopeful about international trade than they did this time last year. Since Israel’s September peace accord with the United Arab Emirates and Bahrain, which took place despite seemingly intractable disputes over issues like the Palestinian territories, there are signs that relations with regional heavyweight Saudi Arabia could also be thawing. As more countries in the Middle East begin to welcome Israeli products, designers from Tel Aviv can now consider expanding into these attractive export markets — and vice versa as Dubai brands become more accessible to Israeli consumers.

The Bottom Line: Israel could have a bigger role in the global fashion industry if relations normalise with more of its neighbours in the Middle East and if it applies more of its tech expertise to the fashion sector.

Argentina apparel sales point to partial recovery. Sales increased 15.9 percent this March when compared to the same month in 2020 but the figure is still 31 percent lower than pre-pandemic levels.

Arab Fashion Week Women’s Autumn/Winter 2021/22 season concluded on April 1, after five days of shows presented by 26 designers that hailed from across Europe, America, Asia and the Middle East.

Chinese sneakerheads are driving up prices for Li Ning, Anta. A rush on domestic Chinese sneakers has caused popular styles to sell out from official channels, causing a sharp price rise on resale app Dewu.

Valentino apologises after ad campaign offends Japanese netizens. In the ad, which has since been removed from Valentino’s online channels, model Mitsuki Kimura poses in heels on a piece of fabric that for many users resembled an obi, or kimono sash, that was laid on the ground.

Chinese travellers come out in force for Qing Ming Festival. The three-day weekend, which came to an end on Monday, saw domestic travel rebound to pre-pandemic levels.

Stores close in India’s Maharashtra state to combat rising covid cases. The rapid spread of Covid-19 has forced the government to announce lockdown-like restrictions across the state of Maharashtra, home to the city of Mumbai. All shops except essential services would remain shut till the end of the month.

H&M’s troubles in Asia compound over “problematic” map on its website. The map drew the attention of Chinese authorities, with the retailer’s attempts to resolve the matter then angering consumers in Vietnam.

Chilean retail giant Ripley reports 2020 revenue decline of 13.2 percent. Although the company’s retail segment recovered 28.8 percent during the fourth quarter of 2020, it wasn’t enough to offset store closures earlier in the year

J-Beauty giant Kao to remove “whitening” from labels. The company said it decided to drop the term as part of a broader commitment to diversity and will use the word “brightening” from now on.

Shu Uemura to exit the Korean market. The Japanese beauty brand has announced its intention to pull out in September after 16 years in the country.

Yi Yangqianxi is the new face of Armani Beauty. The Chinese actor and singer, also known by the English name Jackson Yee, is its new global makeup and skin care ambassador.

Li Yuchun has been unveiled on social media as YSL Beauty’s new ambassador. The androgenous songstress, also known by the English name Chris Lee, is the first spokesperson for the brand to come from China.

JD.com expands to the Middle East. One of China’s largest online retailers has reportedly signed a partnership with Dubai’s Emaar Malls fashion and lifestyle platform Namshi.