Japan’s ‘Everything App’ Is a Big Opportunity for Fashion Brands

Line is inextricably woven into the lives of Japanese consumers but fashion brands have not yet fully leveraged the app. Here’s how to use it to get more out of Japan’s $79 billion fashion market.

Japan’s ‘Everything App’ Is a Big Opportunity for Fashion Brands

Line is inextricably woven into the lives of Japanese consumers but fashion brands have not yet fully leveraged the app. Here’s how to use it to get more out of Japan’s $79 billion fashion market.

TOKYO, Japan —  Japanese consumers are known for their dedication to brands with subtle distinction and avant-garde values. In recent years, however, a somewhat unexpected name has been quietly moving up in the rankings of the best brands of Japan.

Line, the tech company behind the mobile app of the same name, has become a ubiquitous brand in its own right – so much so that users regularly fall asleep with the app’s video chats still open.  It is such a constant companion for many in this market that Vogue Japan now waits until 10pm to send daily push messages to its followers.

When you ask locals why this brand with an unremarkable green logo is popular, the response reveals something important about Japanese shoppers’ new priorities. Is it cool? Not really. Is it convenient? Very.

“Line is the most used app in Japan — more than Instagram, Facebook and even internet browsers for some people,” said Kaoru Imajo, director of the Japan Fashion Week Organisation, which produces Tokyo Fashion Week. 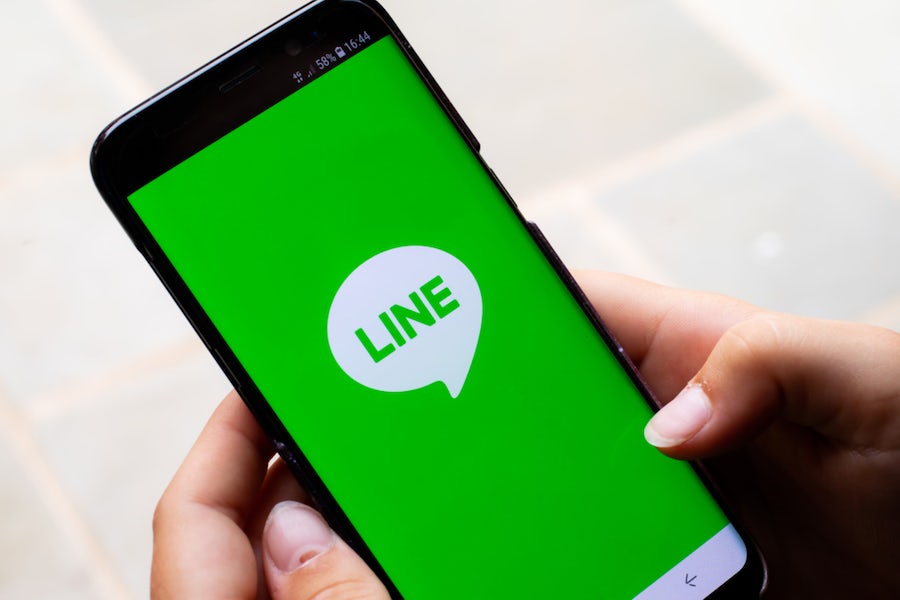 The platform now has 185 million users worldwide, with 165 million of them in just four markets: Japan, Taiwan, Thailand and Indonesia. Line is especially dominant in Japan, where almost two-thirds of the country’s population of 126 million are monthly active users. Of those, 86 percent use the app every day.

Even prior to Covid-19, Line’s omnipresence made it invaluable to marketers in Japan’s $79 billion apparel and footwear market, the third largest in the world in 2019 after China and the United States (although all three are forecast to contract this year due to the economic impact of the pandemic, according to Euromonitor International).

At a professional seminar held late last year by Condé Nast Japan, which publishes Vogue Japan and GQ Japan among other titles, 99 percent of participants said Line was important to their marketing strategies.

“Line started off as a messaging app just like WhatsApp and Facebook Messenger, whereby consumers exchange messages with unique stamps,” said Euromonitor International’s Hiromi Yamaguchi. But it has evolved a huge amount since then.

“The main goal for Line is to collect data about consumers’ everyday lives,” he said.

The data that the app harnesses can be very valuable to marketers, indicating a user’s location, family structure, annual income, purchasing history and more. It allows advertisers that reportedly include mass market brands such as Uniqlo and luxury labels like Fendi to tailor their campaigns to carefully segmented audiences.

Unsurprising, perhaps, given its origins as an app born out of the 2011 Tohoku earthquake and tsunami that led to a partial meltdown of the Fukushima Daiichi nuclear power plant, Line has thrived through the coronavirus pandemic while much of the Japanese economy has struggled.

The pandemic has seen the uptake of Line increase in other Asian markets where the app is popular too.

Nine years ago the disaster spurred the creation of Line Corporation. Having seen that Japan’s cellular telecommunications were badly disrupted, NHN Japan, a subsidiary of Korean company Naver, launched Line messenger as an alternative way to stay in touch.

In the years since, it has become Japan’s dominant social messaging platform and in recent months the app took on a new significance during the Covid-19 outbreak. From February to May of this year, Line messages (including text, stickers and images) grew 141 percent, while video calls grew 350 percent.

In many ways, Line is now more akin to Chinese super-app WeChat or Indonesia’s Gojek than it is to WhatsApp or Facebook Messenger. While Facebook is talking about bringing commerce to WhatsApp and Facebook Messenger, and making some strategic moves into payments, Line’s e-commerce offering is already fully developed.

A Line user in Tokyo can pull out their smartphone, connect to a brand’s store, search items and complete a purchase without leaving their primary messaging app. It’s the ability for users to shop from home that makes Line so compelling as Covid-19 continues to spread, and will likely see it remain important long after the pandemic ends as fashion businesses struggle to keep costs down.

Online shopping and e-payment services have experienced brisk business during the pandemic. According to a report by Reuters, Japan’s Fast Retailing Co., which owns Uniqlo, is recovering more quickly in Japan and China than other parts of the world, thanks in part to e-commerce.

The pandemic has seen the uptake of Line increase in other Asian markets where the app is popular too. Even vendors at Bangkok’s famous Chatuchak market have opened official accounts on Line, which has become the most used app for social commerce in Thailand. With malls struggling to attract shoppers due to the pandemic, Line says that retail staff in Thailand have also begun messaging directly with shoppers using the app, tracking down specific products and sending photos to confirm before purchase.

Line Corporation declined to give the number of transactions or amount of revenues processed through its official accounts since the pandemic began, but the firm did say both had seen increases.

The Message is the Medium

Stickers are one of Line’s unique selling points and helped make the app popular in Japan and other markets in the first place. The app’s original characters, including an introverted bear named Brown and a manic rabbit named Cony, have been so popular in China that gift shops and cafés featuring the characters had lines out the door years after the app was blocked there. Priced at about $1 per set, Line sold $786 million worth of stickers last year.

Some fashion brands have introduced their own stickers. Coach, for instance, had some success early on with Anna Wintour-inspired stickers, while Burberry collaborated with Line on a set of stickers featuring Brown and Cony dressed in Burberry trench coats and scarves in 2015.

But because Line is popular with parents and grandparents as well as teens and 20-somethings, experts say that the app is too ubiquitous to generate much exclusivity or excitement through stickers or traditional advertising.

Despite the many different functions and services it now offers, the app’s greatest asset for fashion brands is still its core function — messaging. Line Official Accounts allow brands to send push messages to targeted customers, notifying them of new launches, pop-ups, vouchers and so on.

Because these messages arrive alongside messages from friends and family, they see much higher engagement than traditional advertising. Line offers brands a more personal way to communicate with their VIPs, as a CRM (customer relationship management) tool with which to track consumer data through virtual membership cards and other means. A message on Line can prompt a visit to a brand’s .com or .jp online store, using the app’s built-in browser, to make a purchase right away, perhaps using Line Pay. Alternatively, a message might motivate someone who follows a brand to fulfil their marketing team’s call to action.

"[Among followers of our account on the Line app] 65 percent of people see a message from Vogue Japan and take some kind of action,” said Hiromi Ushiki, head of audience growth and digital product at Condé Nast Japan, a much higher number than on other social platforms. Japanese streetwear brand Applebum says it delivers messages six times a week on Line, bringing an impressive 30 to 40 percent of followers to the label’s online store per day.

While Line is “definitely more for mass market” communications, it can still benefit luxury brands when they’re trying to reach a broad audience and motivate them, said Maiko Shibata, creative director of Japanese multibrand retailer Restir, which sells luxury labels like Balenciaga, Burberry and Saint Laurent.

“When Chanel did an art exhibition in Tokyo, we could book a ticket via their Line account… attracting both premium and mass market [consumers],” she said. Also, “cosmetic brands such as Dior and MAC are promoting new items on Line, where they can reach a wider range of customers than on fashion sites.”

Line’s dominance in Japan is likely to grow when a merger with Yahoo Japan — a major e-commerce platform in Japan — is completed, forming one of the largest internet businesses in the country offering e-commerce, ads and social. On this front, at least, the pandemic has not given Line Corporation a boost. The merger originally planned for October has been postponed, and a new date has not yet been set.

Weibo Enters the E-Commerce Race. Should Brands be Excited or Cautious?