A pandemic-induced camping boom boosted global sales for Japanese fashion labels with a functional edge, but has it cemented performance wear as a long-term fashion staple?

A pandemic-induced camping boom boosted global sales for Japanese fashion labels with a functional edge, but has it cemented performance wear as a long-term fashion staple?

Tokyo’s Rakuten Fashion Week is off to an unexpected start for Yosuke Aizawa, founder and creative director of menswear brand White Mountaineering.

Instead of re-showing his Spring/Summer 2022 collection to a physical audience in a public park as originally planned, new Covid-19 restrictions mean Aizawa’s show will be livestreamed. Viewers who tune in today will see models strut through the park in earth-toned, floral printed and black renditions of White Mountaineering’s signature technical apparel, including a litany of utilitarian outerwear, roomy cuffed trousers and lightweight collared shirts.

The 20 other designers planning to show physically this season will do so cautiously, in light of government restrictions that have been extended in scope to curb a recent surge in Covid-19 infections. Around 30 brands will show digitally in proportions that won’t stray far from last season’s hybrid schedule.

“Despite the infection numbers, many people are looking forward to moving forward with the situation,” said Kaoru Imajo, director of the Japan Fashion Week Organisation, who hopes that designers and brand representatives will be able to head overseas to drum up further business by next January if vaccination rates continue to rise.

This will be White Mountaineering’s first season on schedule in Tokyo and the event’s opening act. The reason that the brand was granted such prominent positioning seems clear enough, in that it represents what people want to wear now: comfortable, streetwear-adjacent clothes that accommodate a more laidback, often more outdoorsy, lifestyle. Demand for this category has become a bright spot in an otherwise hard-hit fashion industry and Japan’s beloved performance wear brands have risen to meet it. But can they count on it sticking around?

Last year, the rise of “gorpcore” — a term for technical outdoor clothes and accessories popularised by The Cut writer Jason Chen and part-acronym of “good old raisins and peanuts” which refers to the trail mix hikers typically snack on — swept classic outdoor brands and luxury retailers into its Goretex-clad embrace.

While some shoppers will continue to wear performance gear for camping, trekking and the other outdoor pursuits they are made for, the category’s appeal has transcended the trail. Japan’s long history of manufacturing sportswear and cutting edge streetwear made it a breeding ground for covetable yet functional brands that garnered cult followings long before the pandemic accelerated gorpcore’s global popularity.

A case in point is White Mountaineering’s Uniqlo collaboration for the upcoming fall season, which the two brands announced last Thursday. Other brands of the moment include Kobayashi Setsumasa’s Mountain Research, (formerly known as General Research); up-and-comer Meanswhile; iconic outdoor apparel and equipment maker Snowpeak, whose tents can now be purchased at Selfridges; and And Wander, a hiking-focused label started by two former Issey Miyake designers. “They were very good at marketing for the new generation and collaborating [with other designers to raise brand awareness],” said Imajo.

There is also fly-fishing apparel label and Supreme collaborator South2 West8 which, according to Olly Smith, brand manager of its UK outpost Nepenthes, has weathered the pandemic well. “We even opened two new women’s stores in Tokyo during the pandemic,” he told BoF. 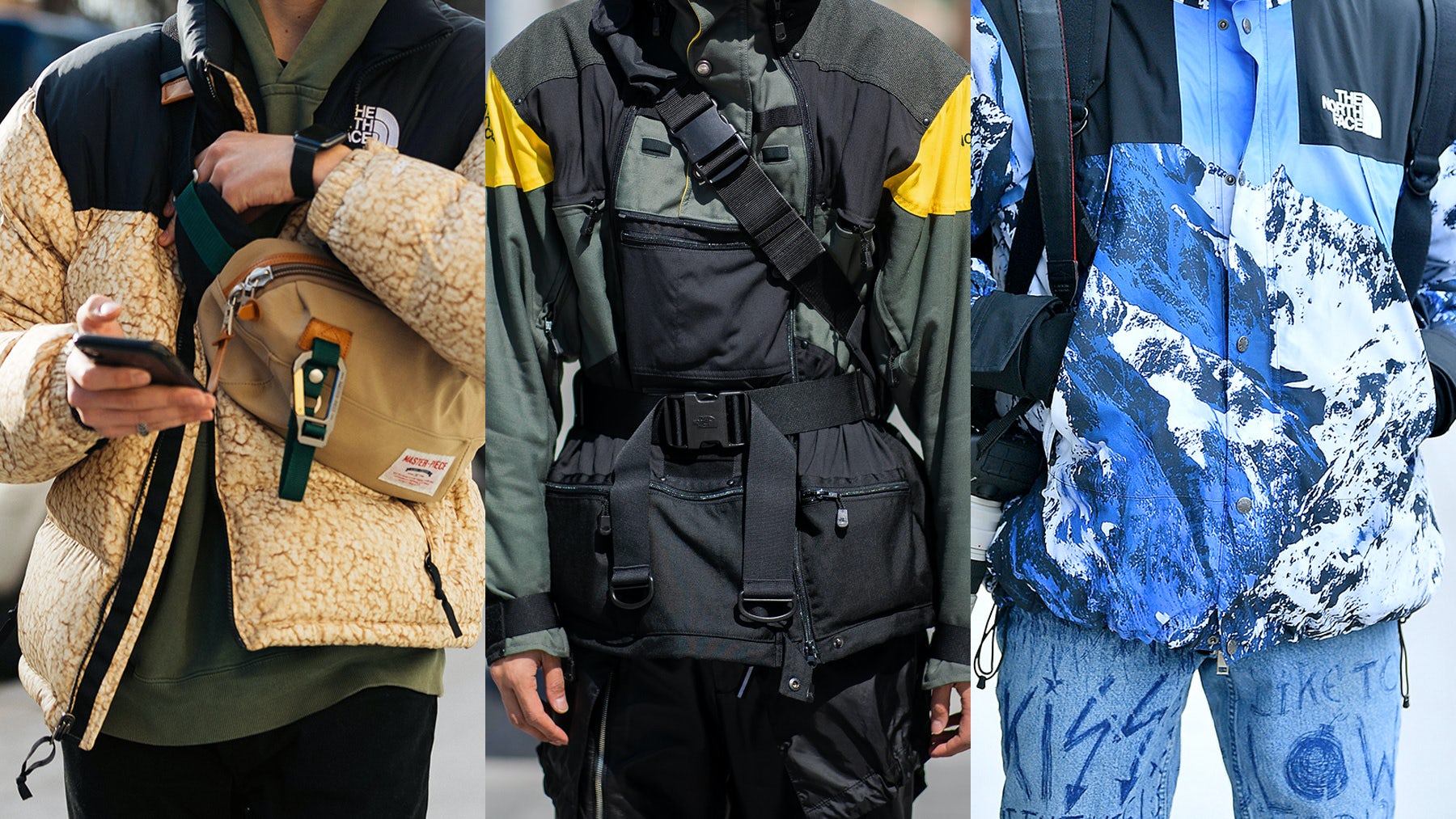 Last year, social distancing measures pushed consumers across the world to engage more with the great outdoors. In Japan, bookings for campsites through online service Nap grew by up to 40 percent in July and August compared to 2020 (according to a report in The Japan Times), while outdoor goods companies saw sales jump by up to 35 percent year-on-year between last May and September.

“Months of confinement and restrictions have surely created a new longing for the outside and new ways of engaging with nature,” said Enrico Pasi, Suicoke’s general director for Europe, the Middle East and Africa. The performance sandal brand, which has collaborated with the likes of Dr Martens, Evisu and Cecilie Bahnsen, experienced rapid revenue growth during the pandemic, with the biggest boosts happening in the US and Europe.

“The lockdown experience made people discover another side of our product...[which] was key in boosting sales,” said Pasi. “This new [relationship] continued after the end of the lockdown, when it was possible again to be…outside in nature.”

In a 2021 McKinsey report on the sporting goods industry, the firm forecasted that individuals-focused outdoors sports, such as hiking and home exercise would see a continued increase in participation in 2021. But shoppers were also drawn to the category for aesthetic reasons and comfort; the report notes that the athleisure trend, already a driving force for sporting goods pre-pandemic, has become “the new default” due to the growing acceptance of it in formal environments.

So it comes as no surprise that the cohort of brands looking to cash in continues to grow. White Mountaineering isn’t the only outdoors wear brand on schedule in Tokyo. Local label F/CE, which makes performance wear in the form of down parkas, vests, ponchos and accessories, will on September 1 present a new collection inspired by Moroccan landscapes and culture. 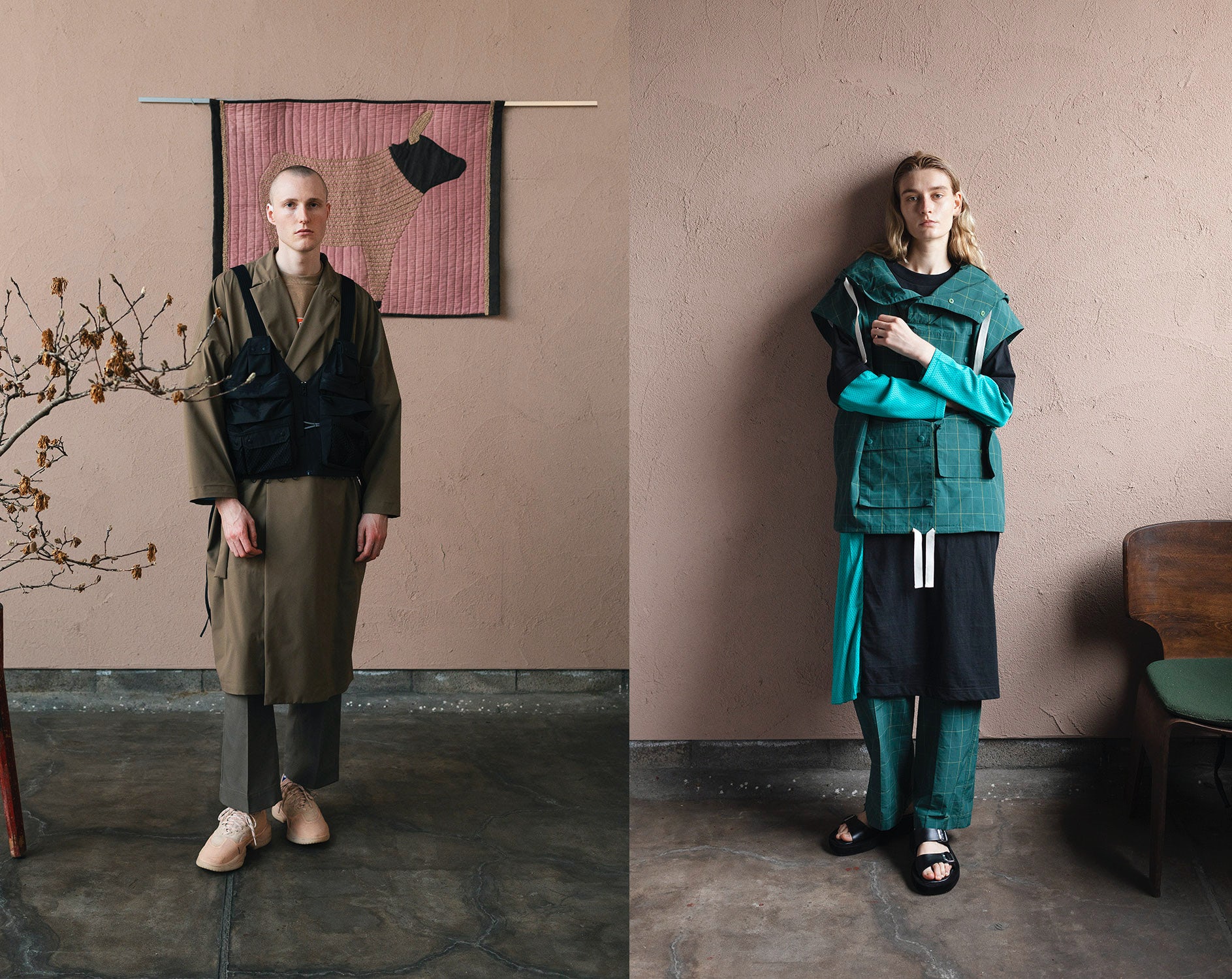 The pieces, which will be showcased in a video, reference “the nomadic customs of the Berber people, the rhythms and energy of Jajouka music and the ever-changing patterns and textures of the Sahara Desert,” designer Satoshi Yamane told BoF.

For some businesses, an outdoor bent opened up alternative ways for them to engage with their communities during the pandemic. Snowpeak, which has for years hosted camping events for its global community, organised an at-home camp-out across the US last May that allowed people to join in from their own back yards. And Wander, too, coordinated get-togethers through its hiking club.

Then there were the controversial Olympic Games (the Paralympic Games are ongoing and set to conclude on September 5), which boosted sales for sportswear retailers like Mizuno and Alpen Co. While Pasi said Suicoke “surely benefitted from the Olympics-sportswear trend,” not all designers saw it as a boon. “I love sport, but the surge in the number of people infected with [Covid-19 associated with the Olympics] has made things worse,” said F/CE’s Yamane.

Even if fashion moves away from loose-fitting silhouettes post-pandemic, gorpcore brands won’t necessarily get left behind. Imajo sees fashion headed back to a more tailored silhouette featuring technical and functional fabrics, which he says have already become wardrobe staples. Either way, Japanese designers will probably benefit more than most.

“We have been working in this field for 12 years...so it doesn’t feel like a trend,” F/CE’s Yamane added. “We have always sought to combine modern tradition with functionality.”