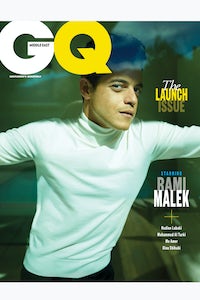 DUBAI, United Arab Emirates — Picture a GQ magazine featuring a guest column by “Queer Eye” star Tan France and a cover story on Rami Malek, the actor playing Freddy Mercury in the upcoming Queen biopic titled “Bohemian Rhapsody.” A progressive LGBTQ-friendly issue like this would easily sit on any newsstand in Western Europe. But some might be surprised to learn that it is actually the debut issue of GQ Middle East, on sale from October 4.

The monthly men’s publication, formed in July 2018 through a license agreement between Condé Nast International and ITP Media Group, is launching its magazine together with a bilingual online platform in Arabic and English and a 12-week line-up of events, headed up by editor-in-chief Adam Baidawi. It follows the launch of Vogue Arabia in March 2017. GQ's editorial team will be based in Dubai, United Arab Emirates (UAE), and the magazine will be available in Saudi Arabia, Kuwait, the UAE, Qatar, Bahrain, Oman and Lebanon.

If the first issue is any indication, GQ Middle East will be pushing the cultural boundaries of the region, both in its content and approach. Malek, shot by former creative director of American GQ Jim Moore and photographer Peggy Sorota, will star as Freddie Mercury in an upcoming biographical film about his life as the frontman for Queen — Mercury was a gay icon and queer rock and roll legend, known for his flamboyant stage personality and on-stage wardrobe. The issue will also feature a photo essay from 1960s Afghanistan, a fashion shoot with Saudi film producer Mohammed Al Turki and a guest column from Tan France, the television personality from TV show “Queer Eye.”

The nod to LGBTQ issues, while subtle, is unusual for a publication in the Middle East, a region with strict libel laws and where homosexuality is illegal in 11 of 18 countries and punishable by death in six of them. Even in relatively liberal markets like the United Arab Emirates, the authorities criminalise gender non-conformity and placed severe restrictions on chat rooms, instant messages and blogs. In Dubai and Abu Dhabi, there are reports of people being detained or arrested for cross-dressing or being transgender. 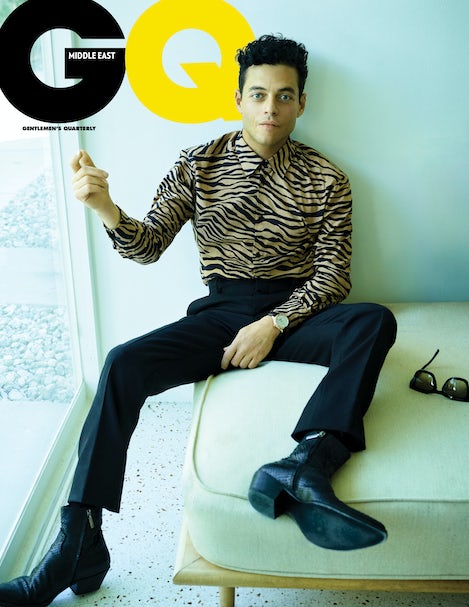 But Condé Nast and ITP Media are positive about the message that the content in GQ Middle East will send. “Adam is bringing controversial content, which is unusual,” said Karina Dobrotvorskaya, executive director of editorial development at Condé Nast International. “There are some political issues touched, and unusual characters and an unpredictable choice of heroes.”

A spokesperson from Condé Nast International emphasised that Tan France’s is a “guest style column” and that both ITP and Condé Nast “operate under the publishing laws of the region.”

Meanwhile Baidawi is confident that his reporting background will resonate with Arab readers. “We’re so lucky to be launching a print magazine in 2018 [and] this deserved a treatment that progresses things and challenges the status quo,” said Baidawi. “Rigid power structures are being redefined globally, masculinity is being redefined globally, and we wanted to reflect this.”

The events side of the business will also feature prominently for GQ Middle East, something that Condé Nast has emphasised in other emerging markets like Ukraine. Some of the events lined up for the year include “a fashion activation during the Formula 1 in Abu Dhabi, seasonal style events including watch collector dinners and fitness and grooming masterclasses for men,” said Sue Holt, managing director of ITP Media Group.

ITP Media Group manages a portfolio of over 100 brands, with men’s title Esquire — under Condé Nast rival Hearst — among them, but says managing two competing men’s titles won’t present logistical challenges. “There is an established infrastructure in place to accommodate the unique position that we are in,” said Holt, while Dobrotvorskaya emphasises GQ’s more style-oriented positioning.