LAGOS, Nigeria — Five years have passed since Nigerian designers first strode onto the global fashion stage at Lagos Fashion and Design Week (LFDW). At the time, the world was just waking up to the important role that Nigeria plays alongside South Africa. Both shoulder the weight of talent streaming out of the African continent, but the fashion industry of the latter is still the more developed and diversified of the two. Yet it is now the strength of Nigeria’s industry that has the world watching — a fact that was highlighted by the latest edition of the country’s cosmopolitan fashion week.

Having originally focused entirely on homegrown talent, last month’s Heineken LFDW attracted some of the best designers from neighbouring West African countries such as Senegal and Côte d'Ivoire, as well as diaspora talents living in London, Paris and New York. While organisers of LFDW declined to comment on the possibility of transforming the platform into a pan-African fashion week, the growing internationalisation of the event comes at an interesting time.

South Africa’s major fashion week organiser AFI cancelled its pan-African catwalk event Mercedes Benz Fashion Week Africa in October, a month prior to taking place, placing more uncertainty on that country’s fragmented fashion week calendar — and opening up a gap for rivals on the continent to occupy. In the broader picture, Nigeria’s economy surpassed South Africa’s last year, with the IMF estimating GDP figures of $510 billion and $354 billion respectively. And although South Africa’s more mature apparel market may still be 30 to 50 percent larger than Nigeria’s (analysts’ estimates vary greatly), the potential for the Nigerian market is much greater since its population is at least three times bigger.

Meanwhile, ‘Nollywood’ celebrity style is having a growing impact across the continent as corners of the Nigerian film industry mature and Nigerian pop stars are influencing Africa’s music scene like no other. All this adds fuel to Nigeria’s ambitions to take a bigger share of the burgeoning African fashion scene. 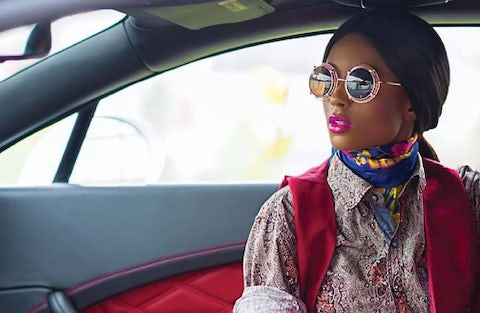 Elsewhere across the continent, fashion weeks are developing in most major cities. Established players include Swahili Fashion Week in Dar es Salaam, Ghana Fashion and Design Week in Accra, and Dakar Fashion Week and Festival International de la Mode Africaine in Niger. But few have the crossover commercial appeal or rising creative acclaim as LFDW.

Almost 70 designers took to the catwalk for the latest Spring/Summer 2016 shows in Lagos, Nigeria’s frenetic commercial capital of around 20 million people. The annual four-day event welcomed over 3,000 attendees, including press and buyers from across Africa and Europe. By hosting a retail showroom and a series of business talks, the event has emerged as a centrifugal force in a national market that is now committing itself to nurturing local talent and entrepreneurship.

“This year Orange Culture, Meena and Gozel Green were singled out by Vogue.com, which for us speaks volumes,” says Omoyemi Akerele, founder of LFDW and the main engine behind Nigeria’s nascent but rapidly developing fashion industry, having launched a number of global market initiatives in recent years. “And Fashion Focus alumni Ejiro Amos Tafiri was presented an award for her progress in fashion and retail,” she adds, referring to the Fashion Focus platform she launched in conjunction with the British Council.

“It’s great to see this spree of development in the industry here. It’s an important step in being seen as a strong contender in the international fashion industry [but] we still need a more skilled workforce, to re-open our textile factories [which dwindled in the 90s] and more access to manufacturing and funding,” says Amaka Osakwe, the designer behind the label Maki Oh.

A finalist for the LVMH Prize in 2014, Osakwe has garnered more column inches internationally than most, with her sensual reinvention of traditional textiles and an enviable celebrity clientele including Lupita Nyong'o, Solange Knowles and Michelle Obama, who invited Osakwe to join her at the ‘Celebration of Design’ event, hosted at the White House last year.

It has not been an easy year for Nigeria due to contentious presidential elections, oil price insecurity and the continued terrorist threat of Boko Haram. Yet the country’s consumer market continues to grow as its middle class swells and its wealthiest citizens continue to set the luxury sector alight. According to New World Wealth, in just two of the dozen or so Nigerian cities with more than a million people — Lagos and the capital Abuja — there are now more than 10,000 millionaires. 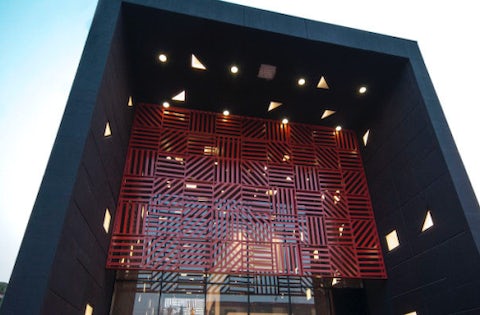 For many of Nigeria’s designers, developing the industry’s infrastructure has been as pressing an issue as harnessing the local market. But Akerele believes there has finally been a shift in the government mindset, which has, thus far, relied on petro dollars but is now beginning to move toward a more diversified economy.

“Last year the Cotton Textile and Garment (CTG) Policy was approved to help reposition the nation’s cotton, textile, garment and fashion sectors. The Bank of Industry recently launched a 1 billion naira ($5 million) fashion fund and there’s been increased commitment to creating much needed production hubs for the sector too,” she says.

The hope now is that these newly established forms of institutional support will help the brightest designers and business brains take a leap forward. Though many have put in the hard work to shape the scene over the past few years and several have already had some success in the global market, there is a sense that increased recognition from within Nigeria’s powerful business community could propel them further.

“Being able to show and engage internationally has given us a customer base and means we’re more appreciated at home. Now we’re refocusing on Nigeria and the rest of Africa,” says Lisa Folawiyo, the designer who launched Jewel by Lisa a decade ago, specialising in Ankara textiles, the vibrant wax-resist fabrics characteristic of West Africa and widely used across the continent.

“As much as we love the luxury of the mainline, if you want to make money, you’ve got to appeal to a broader audience. [Our diffusion line] J Label sells out and has attracted a new customer to the other lines too. After ten years, I [now] realise how big the brand can be,” she adds.

Folawiyo, like other big names who have shown at LFDW, has a flagship store in the city. But one challenge faced by all Nigerian designers, regardless of their retail footprint, is the spending habits of their affluent countrymen who are used to shopping abroad. In the UK, one of their more popular destinations, tax-refund provider Global Blue regularly ranks Nigerians as one of the UK’s top spending foreign nationalities. Last year they were in sixth place, behind China and four Gulf Arab states, and accounted for a greater slice than shoppers from either Russia or the US. 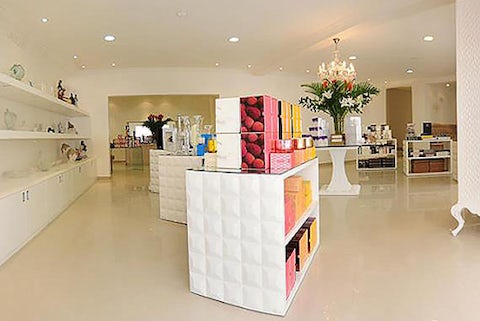 But according to Tope Edu, owner of the franchise of the Ermenegildo Zegna store in Lagos, the globetrotting nature of Nigerian shoppers doesn’t preclude local retail success. “There’s an opportunity for customer service here. In Selfridges no one is going to blink if you buy a $5,000 item. In Lagos we will treat you like a king,” she says.

“We are pioneering retail [in Nigeria] and it will take time,” says Reni Folawiyo, founder of Alara, a luxury concept store selling Nigerian designers like Maki Oh alongside international names such as like Stella McCartney, Marni and Self Portrait. “It’s about educating our consumer that we can offer price parity with stores elsewhere, while creating a shopping experience they can’t get anywhere else.”

The designer Lanre da Silva Ajayi agrees: “We have a lot of talents who are passionate about the industry and luxury brands are establishing stores right in our business districts. Time and consistency is what we need now to fully integrate,” says the LFDW veteran who went on to show at fashion weeks abroad.

Brothers Avinash and Kabir Wadhwani opened luxury lifestyle store Temple Muse in 2008 offering both African and international brands, a mix that currently includes Carven, Alexander Wang and Givenchy. “With every challenge there is an opportunity and Nigeria is no exception,” Avinash says. “Retail culture is still in its infancy and needs to be cultivated, but the rewards will be reaped for years to come.”

Beyond luxury retail, shopping malls are providing an important home for Nigeria’s mass and middle market brands, and a safe environment for global brands such as Mango, MAC Cosmetics and Nike to enter the country. Over the past few years, Ayo and Tayo Amusan of Persianas Group have opened developments across the country including The Palms in Lagos and also hold franchises for Puma, Hugo Boss and Lacoste.

“In a country of nearly 200 million people, even with a challenging economy, retailers are seeing significant growth on year-to-year sales,” says Ayo. “We have Max Fashion, Mr Price and Pep Stores offering value fashion and the country’s young, vibrant population has a love of fashion that goes from the aspirational to the super luxury.”

But for some of Nigeria’s smaller designers, becoming a tenant in a shopping mall is a distant dream at best — a reality that makes e-commerce an increasingly important channel. Stepping into the void left by mass market e-tailers such as Jumia, Konga and Payporte are Nigerian entrepreneurs like New York-based Kolade Adeyemo, who launched Oxosi.com to connect contemporary African brands like Maki Oh, Lisa Folawiyo and Lagos bag designer Zashadu to a global consumer.

“In the future, Nigeria will become the leading e-commerce market in Africa,” says Honey Ogundeyi, a management consultant who launched FashPa.com in 2013, selling European and Nigerian high street brands. “And I expect a huge percentage of that growth to be driven by the fashion category.”