Shaway Yeh’s rebellious blend of art, intellect and avant-garde style has made Modern Weekly one of the most influential fashion and lifestyle magazines in China.

Shaway Yeh’s rebellious blend of art, intellect and avant-garde style has made Modern Weekly one of the most influential fashion and lifestyle magazines in China.

SHANGHAI, China — “I loathe authority,” says Shaway Yeh, the editorial director of Modern Weekly, and a publishing veteran who oversees the style content for 12 other Chinese magazines under the umbrella of parent company Modern Media, where she is also group style director. “The only thing worse than having blind faith in fashion is the predictable way that fashion gets treated by most of the media. Well, I have a different theory. I don’t believe that mass has to be mindless or mainstream.”

Modern Weekly has earned a sizable reputation for itself since Yeh took the reins nine years ago. With a weekly readership of 940,000, the magazine is anything but niche and outsiders are often surprised to learn how challenging, avant-garde and — at times — subversive, its editorial lens can be. “To some extent, we were able to write our own rules because there was a vacuum when I started,” explains Yeh. “The international franchises were all trying to make clones of their reader profiles here in China and, let’s face it, that was always going to be awkward. As a homegrown magazine, we didn’t have that baggage. I wanted to nurture a new kind of reader who would evolve with us,” she says.

Although Modern Weekly’s circulation is marginally less than most pure-play fashion glossies in China, Yeh has carved out a place for the title at the top of the fashion foodchain, alongside the Chinese editions of Vogue, Elle and Harper’s Bazaar — and a front row seat for herself among their chief editors. 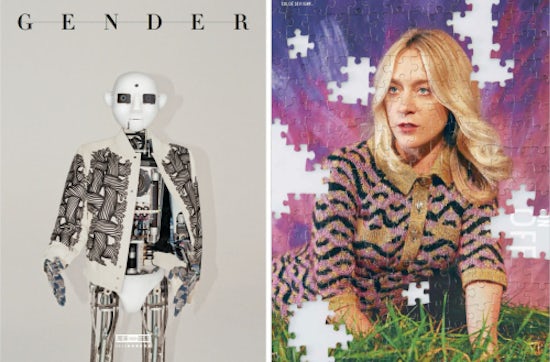 “Of course, the way we cover fashion is different,” drawls Yeh, whose role as editorial director is shaped by the unusual mix of fashion, current events, business, news and lifestyle content in Modern Weekly. “I push my team to see fashion through the context of culture — popular, elite and fringe culture too. We look at the topics where fashion intersects science, art and technology, and I make sure our editorials use fashion as a visual language to confront social issues. For me, it’s all about combining creativity with intelligence.”

Indeed, Yeh has been able to take cerebral themes like anti-matter or quantum physics and give them a flirtatious fashion slant. Neo-feminist musicians dressing as “female casanovas,” essays on transgender kids’ clothing and psychedelic fashion shoots based on the strange world of competitive dog grooming are all fair game in Yeh’s eclectic fashion world view.

Supporters hail her as an iconoclast. Critics, however, accuse Yeh of indulging in obscure and esoteric topics or spending enviable advertising revenue on a vision that is either too adventurous or too premature for the Chinese market. “Look, the last thing on my mind is dress etiquette. It’s not my interest and it’s not my forté. Being intensely creative is, however, and that’s exactly what made good business sense for us when I decided to steer Modern Weekly in a more intelligent direction. Besides, the ‘light content’ side of the magazine market was close to being saturated back then. But the best rebuttal I have to that is about our fashion advertisers. Thanks to the vision and content of the magazine, they are able to access a very valuable reader profile that we helped create. They also appreciate the original ways we cover their brands editorially,” she says, pointing to the many luxury advertisers that Modern Weekly has attracted, such as Chanel, Dior, Hermès, Louis Vuitton and jewellers Cartier and Chopard.

Ten years ago, China’s media establishment was singularly focused on helping consumers to catch up with their Western counterparts. For most magazines, ‘educating the reader’ was a mantra that meant a familiar mix of lacklustre profiles, celebrity style manuals and trend stories that neatly mirrored one fashion era or another. Yeh believed she could transform Modern Weekly into a different beast altogether, one that would offer inquisitive readers a more challenging platform and help them leapfrog ahead. Having lived in Berlin and New York earlier in her career, Yeh fell back on her creative networks abroad to commission talented image-makers for the Chinese title.

“The turning point was probably when I approached Wolfgang Tillmans about six years ago. He seldom accepts commissioned work from fashion magazines but I was determined to persuade artists like him to get involved in the fashion pages of the magazine,” Yeh explains. “It was my birthday and we went to see the eclipse together here in Shanghai. I’m sure the atmosphere helped but I eventually got him to agree to shoot for us. Once we grew closer, he shot Ai Weiwei for us and then did a whole special issue. Getting Wolfgang on board made it easier to cajole the others,” she says, referring to Ryan McGinley, Paolo Roversi and the other blue-chip names who have since shot for Modern Weekly. 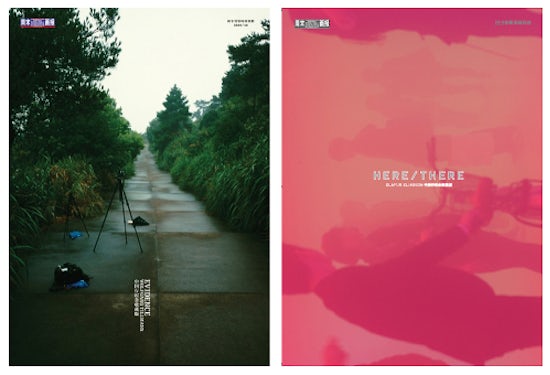 Having risen up the ranks of the magazine’s parent company, Yeh is also group style director of Modern Media, overseeing a portfolio that includes the Chinese editions of Numéro, Bloomberg Businessweek, The Art Newspaper and a dozen homegrown publications including Modern Weekly which she has re-designed with US design firm Project Projects.

The digital arm of Modern Media includes WeChat media channels and apps like iWeekly and iFashion, a platform for fashion film. Yeh, who also drives this division, recently brokered a deal between iFashion and China’s largest video hosting site, the Baidu-subsidiary iQiyi.com.

“An editorial director role like mine is still pretty unusual, I think. One minute, I’ll be holding a brainstorming session with the chief editors of the magazines in the group — it’s the only way to get balance and consistency for the month’s style coverage across all the titles — and the next minute I’ll be in the boardroom negotiating budgets,” she says. “Since I’m in charge of all editorial content for Modern Weekly, it means I also spend a lot of time with my marketing and advertising teams to make sure that editorial stands up to their scrutiny too. But more often than not, I’m on a plane or somewhere abroad on one of the circuits.”

By ‘circuits,’ Yeh means not only the fashion show seasons in Europe and North America, but also the many annual art, design, media and technology fairs and conferences that she attends like Frieze and SxSW.

“Some people still don’t get it, but Chinese people really do demand the latest, the best and the most advanced — and I mean everything. Well, our readers do anyway. My job is to filter through all that noise and find the best way to deliver it to them in a creative way that’s entertaining but also makes them think. It doesn’t always have to be revolutionary, but it does have to be fresh.” 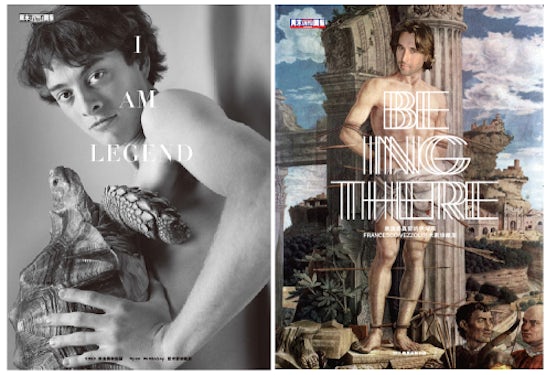 Yeh’s approach goes back to the very start of her career, which converged with several revolutionary moments in the tense and complicated relationships that evolved between her native Taiwan, China and Hong Kong. When Taiwanese president Chiang Ching-kuo began to relax his grip on power in the 1980s, Yeh sensed an opportunity. She joined a clandestine college newsroom called Da Xin She at the National Taiwan University, which was eventually shuttered by the authorities for spreading anti-establishment views. But Yeh took it underground and published several banned issues before moving to New York.

Years later, after stints with the Taiwanese editions of Vogue and GQ, she based herself in Hong Kong until the UK (which had acquired the territory in the 1800s) transferred sovereignty of the city-state back to China. Bewitched by the raw creativity bubbling up on the mainland, Yeh took a gamble on Bejing where Condé Nast China recruited her.

While these early experiences go some way toward explaining the radical editorial direction she has since taken at Modern Weekly, they raise an important question. How does a rebellious character like Yeh manoeuvre from inside a media market known for its fierce firewalls and censorship?

“In every Chinese media, there are specialist editors who flag any red-button issues internally before an issue gets published,” she explains. “So of course you can’t push boundaries in the same way as in the West but, once you’ve lived here for a while, you realise there are ways to be transgressive without being so blatant that you’re in danger of being shut down. It’s how you frame and finesse the message.”

While her freethinking spirit has been largely applauded in the West, Yeh’s maverick approach continues to baffle and delight her Chinese peers in equal measure.

“If we can’t take risks, what’s the point? People are always talking about getting world-class creativity out of China. Well, how is that supposed to happen if everyone stays just one step ahead of the status quo?”

Disclosure: Queennie Yang worked for Modern Media under Shaway Yeh before joining The Business of Fashion.

This article was revised on 19 October, 2015. An earlier version of this article misstated that Shaway Yeh was the launch editor of Vogue China which was not correct.  Shaway Yeh worked for Condé Nast China in the magazine's pre-launch phase.