LONDON, United Kingdom — In the last few months, a succession of less-than-impressive financial results has revealed a global beauty market suffering from bags under its eyes. In February, Avon posted a fourth-quarter revenue drop of 12 percent, while Procter & Gamble reported that beauty was its weakest operating unit for the year ended in June, with sales dropping 2 percent.

Meanwhile, results that looked good at first glance were actually more like a dab of concealer, disguising deeper ailments. For The Estée Lauder Companies, the holiday season was strong, but the beauty behemoth projected that sales would fall more than expected for the year ending June 30. At L’Oréal, last year was the company’s strongest growth — since 2007. And forecast-beating Q4 sales growth came off the back of a disheartening Q3 in which growth fell to its lowest point since 2009.

The industry’s woes are manifold. Many beauty giants have been hurt by slowing growth in Greater China, as well as a strong US dollar. Add to this increased competition from home-grown brands in emerging markets, reduced sales to travellers skittish about the Ebola outbreak and political and economic instability in Russia, and it’s no surprise the world’s biggest beauty brands are searching for new vectors of growth.

But one of the most promising vectors of growth is the expanding market for so-called ‘ethnic’ or ‘multicultural’ beauty products, meaning products targeted at multi-ethnic consumers in both the West and in emerging economies.

Certainly, this market is not new. But in recent years, demand for multicultural beauty products has grown as a result of expanding middle classes in emerging markets.

“There's this incredible increase in the middle class, very often driven by higher women's education in a lot of these markets, that is fuelling and increasing the consumption class — and also the flat world of communications following global fashion and beauty trends,” said Susan Akkad, senior vice president of local and cultural platforms and corporate innovation for The Estée Lauder Companies Inc.

It’s a similar story in the West. The multicultural demographic (which is defined to include Hispanics, Asians, African-Americans and other people of colour) accounts for over a third of the US population and the spending power of this group is growing at a faster pace than the country’s average.  Furthermore, the market for multicultural beauty is set to become even more diverse, as the growth of interracial couples create new dynamics in terms of skin colour and behaviour. According to market intelligence consultancy Kline, in 2014 the multicultural beauty products market grew 3.7 percent in the US, outpacing the growth of the overall market for cosmetics and toiletries.

So how are beauty brands tapping the opportunity?

Commenting on L’Oréal’s annual results in February, chairman and CEO Jean-Paul Agon warned of a “less dynamic market,” but laid out the company’s aim to attract 1 billion new customers by 2020, many of whom will come from Asia, Latin America, and Africa and the Middle East — currently the company’s fastest-growing new market, with sales increasing 13.5 percent like-for-like. 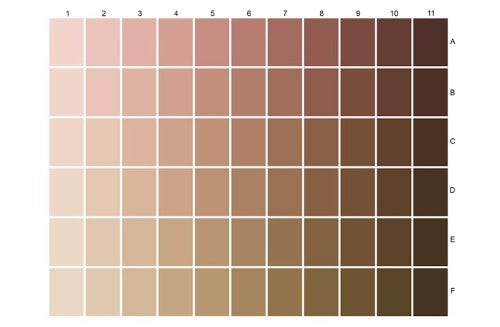 Alongside its acquisitions, L’Oréal set up a dedicated multicultural beauty research facility in Chicago in 2004 — and last year announced that it would be relocating the facility to its main innovation hub in New Jersey. And, following its acquisition, last year, of Niely Cosméticos, the largest independent hair product company in Brazil, the company announced plans to build a new headquarters, including a new research and innovation centre, in Rio de Janeiro in 2016.

These investments in black haircare and Brazil, respectively, are deliberately targeted. According to Mintel, the black haircare market is expected to reach $876 million by 2019, due to factors including the trend for black women to wear their hair naturally, which has lifted sales of shampoo and home-styling products. As for Brazil, as well as being the world’s largest perfume market, the country’s haircare market is expected to achieve a two-digit annual growth over the next four years to reach $12.5 billion in 2017, according to Mintel.

The Estée Lauder Companies has taken a different tack.

“Our brands are inclusive brands. We don't have brands targeted at a particular ethnicity,” said Akkad. “For us, it's about having the breadth of both the offering and the understanding to deliver the offering in a really wonderful experience for the consumer.” The Estée Lauder Companies favours exporting its existing brands to emerging markets and demographics, with its cosmetics brand M.A.C., whose slogan is ‘All Races, All Sexes, All Ages,’ often leading the charge. According to the company, M.A.C. is the best-selling high-end makeup in India, Brazil and South Africa. Importantly, the brand backs up its inclusive product range — its Studio Fix foundation comes in 39 shades — with multi-lingual in-store beauty advisors and ethnically diverse models across its advertising.

Perhaps the biggest battleground when it comes to ethnic beauty is research and development. Catering to non-Caucasian customers means developing products for a much broader range of hair and skin types, with different characteristics, from pore size to pigmentation. L’Oréal invests 3.5 percent of its revenue in R&D, about twice the industry standard, backing dedicated multicultural beauty facilities and developing tools such as the ‘Chromosphere’, a patented instrument which finds an exact match for a woman’s skin tone from a chart of sixty-six shades.

The Estée Lauder Companies, meanwhile, opened a research centre in Shanghai in 2011, and, in 2012, launched Osiao, a new brand targeting this demographic. However, according to Susan Akkad, the company generally favours more integration in its cross-cultural divisions.

“It's pretty much integrated into our R&D,” explained Akkad. “So, for example, we don't necessarily have a black hair specialist within our hair expertise, they've integrated that expertise into what they do. That sort of inclusive approach that you see on the front end is also the inclusive approach on the back end.”

The biggest challenge for beauty companies, said Akkad, is not the growth of emerging markets, but the need to respond to the fast-changing populations and the increasing diversity in mature markets.

“With rising tourism from different markets, intermarriages and the creation of completely new skin tones and skin behaviours it means there's constant excitement when you're talking about meeting the needs of all skins and cultures. Nothing stays the same,” said Akkad.

In fact, given that three-quarters of the global population is not white, multicultural beauty is not only the fastest growing market for cosmetics companies, but will become, inevitably, its largest — by a long way. “It's not so much as to say, ‘This is an opportunity, maybe we should seize it,’ said Akkad. “This is the world.”