The category’s meteoric growth in China is being propelled by local brands and influencers. Global competitors need to revisit their strategies to stay buoyant.

The category’s meteoric growth in China is being propelled by local brands and influencers. Global competitors need to revisit their strategies to stay buoyant.

In China, 2020 was the year of coloured contact lenses.

Just ask Melilim Fu, a Chinese fashion and beauty blogger who in October received collaboration requests from four local lens brands Youto, Kilala, Mitata and Hapa Kristin — a considerable uptick in work compared to previous years. In fact, Fu’s followers have responded so well to content featuring the product, she’s in the early stages of launching her own brand.

“Beauty KOLs’ videos have normalised wearing coloured lenses: they’re like an accessory, a makeup item, a necessary everyday addition to one’s personal style,” said Fu. “Whether it’s about accessorising a makeup look with lenses or creating a look inspired by them, my followers are passionate about them.”

Nowadays, so-called “soft” contact lenses go beyond changing the colour of irises; some styles overlay intricate lace and floral patterns and many purport to make one’s pupils appear larger. The Japanese were among the first to adopt coloured lenses as a beauty product: lens maker Menicon cites 1969 TV drama, “Vampire,” for giving the market its first glimpse of lens-as-accessory. Subtler styles have been spotted on South Korean idols and influencers like Blackpink’s Lisa and makeup guru Park Hye-min (better known as Pony) in recent years; K-pop sensation BTS have released multiple collaborations with local company MTPR to much fanfare.

While coloured lenses are already big business across several markets in Asia, the real prize is China.

Though local reports cite the growth of “above the mask” beauty products for driving the category’s growth, coloured lenses were set for a revival even before the pandemic hit.

According to a CBNData report from 2019, sales in the China were outpacing those of regular, invisible lenses, making up 70 percent of online contact lens sales; more than 32 percent of online shoppers bought coloured contacts lenses even though they’re not short-sighted. While the firm estimated that markets like Japan, South Korea and Taiwan reached 70 percent market penetration, China’s (then) 20 percent signalled extensive room for growth — growth that is happening now.

According to influencer marketing firm Parklu, the size of China’s contact lens industry will exceed 50 billion yuan ($7.7 billion) by 2025 and is slated to become the largest contact lens market in the world, indicating that coloured styles will make up the lion’s share of sales. And while the item’s trajectory points to its status as a mainstay in Asia’s beauty industry, it also speaks volumes about the complex wider dynamics at work in China’s multi-billion-dollar beauty market, with implications for global and local brands alike.

International Brands Must Localise to Compete

Chinese shoppers have traditionally purchased lenses imported from Korea or Japan, citing superior hygiene and product quality. Alternatively, they went to third-party street vendors and beauty salons, which harboured risks of defects and fakes. But on the backs of the introduction of product regulations, vendor qualifications and trusted e-tailers, native start-ups are expanding their market share using localised marketing and digital-first strategies.

Alibaba-owned Tmall now drives around 50 percent of coloured contact sales in China, CBNData estimates, and has helped push some local brands to the fore.

In June, Moody raised 60 million yuan (around $8.5 million) in its angel and Series A round; CoFancy, established in 2019, also completed two investment rounds adding up to the hundred-million-yuan mark; in October, Kilala raised nearly 100 million yuan, it told local outlets. 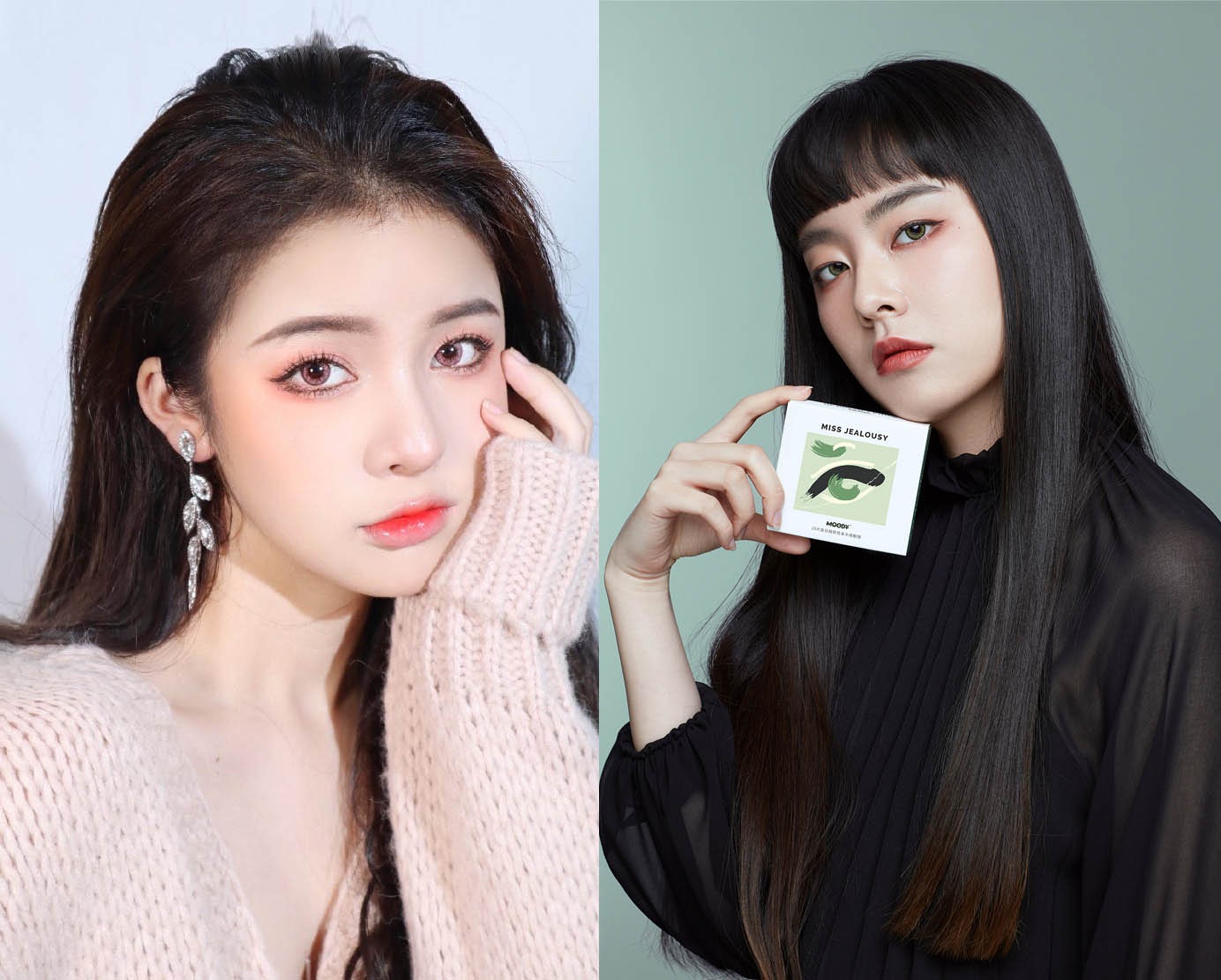 According to local news site 36Kr, annual sales on Kilala’s Tmall flagship store consistently exceed 100 million yuan, while Moody’s Tmall sales hit 20 million yuan in the first half of 2020 and CoFancy’s Tmall account makes over 8 million yuan a month. The brands did not respond to BoF’s requests for comment.

While burgeoning demand, investment and rapidly growing newcomers point in a positive direction for China, the global market took a hit during the pandemic. “The [global] contact lenses market has observed more than a 10 percent decline in revenue [over the first three quarters of 2020],” said Kim Leitzes, founder and chief executive of Parklu. So far, China’s market has defied this downturn and is expected to continue doing so. “There seems to be a jockeying for position in a market that will see significant growth in the future.”

Moreover, the ascent of local lens brands mirrors the rapid rise of China’s C-beauty businesses like Perfect Diary and Hedone (in fact, CoFancy founder Zhao Wei used to manage partnerships with up-and-coming local brands at Tmall Beauty.) The fact that top brands have set up storefronts on major e-commerce platforms like Alibaba-owned Tmall has helped establish trust and upped convenience.

“The contact lens market is ripe for a Chinese brand disruption,” said Leitzes “Just like [how Perfect Diary] came out of nowhere in 2016 and became the market leader by 2018, it’s reasonable to believe the same can happen here.”

Just like how Perfect Diary came out of nowhere in 2016 and became the market leader by 2018, the same can happen here.

What does this mean for global brands in the beauty and contact lens space? The same thing it means for most foreign players in the Chinese market, said Leitzes. “Competition will continue to increase faster than the addressable market expansion, [while] Chinese brands generally have the edge over their international counterparts.”

Anticipating the Next Influencer Strategy

While China continues to drive sales for many Korean and Japanese makeup and contact lens brands (major names of the latter include Korea’s OLens and Japan’s Candy Magic), homegrown players are able to engage better with young consumers by using highly localised marketing tactics like KOLs (”influencers” in Chinese), livestreams and private traffic. Asian competitor brands will need to revisit their strategies to stay buoyant in the market, and it will be increasingly difficult for established and growing global brands like Acuvue and Desio to make a dent in China.

To keep up, global companies will need to become more like local upstarts: while creating an inclusive community environment is key, Leitzes recommends brands co-create limited product runs with complementary brands, KOLs and media channels as well as customers. When it comes to media buying, KOLs are and will remain at the core of any successful brand strategy, she added. “It’s a must, not an option.” 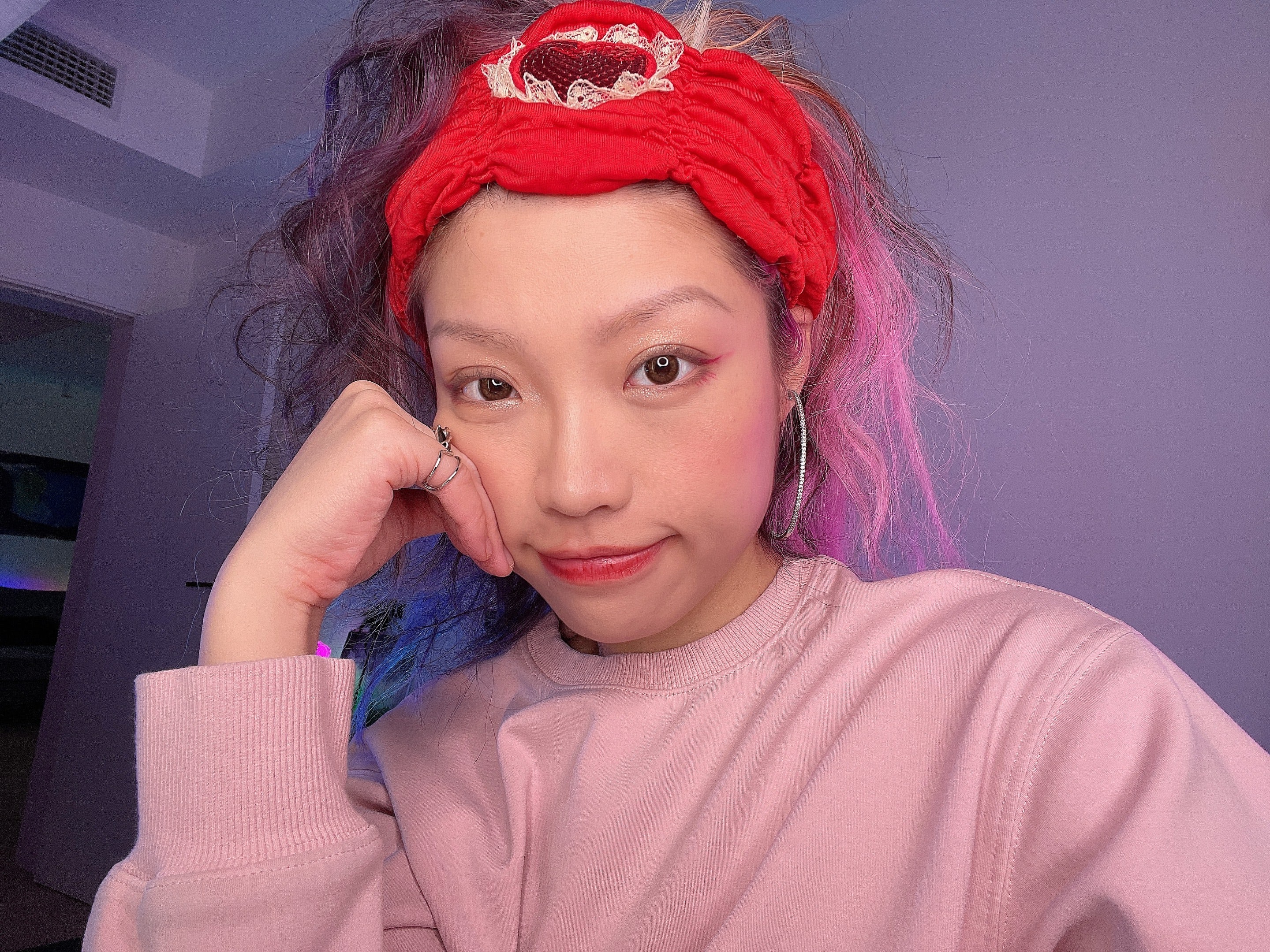 Melilim Fu in a pair of coloured contacts. Melillim Fu.

Like C-beauty brands, players peddling coloured contact lens have made KOLs a cornerstone of their marketing strategies. According to Parklu data, the number of KOLs that mentioned China’s top ten lens brands on the country’s major social media platforms increased 152 percent in 2020, compared to 2019.

Fu noted that alongside improving their product design, quality and packaging to rival overseas peers, Chinese brands have been known to pair certain KOLs with specific lenses for hyper-targeted marketing campaigns. Most of these efforts are geared towards younger shoppers: the category is dominated by consumers born after 1990, according to CBNData. In a bid to target students in the back-to-school season, the latter launched a collaboration with Shanghai’s M&G Stationery in the fall and amassed 765,800 yuan (around $118,460) in EMV (earned media value).

Like any novel product that’s red-hot, it is only natural to ask whether coloured contacts is just a passing trend. Fu thinks not. “I think they’ll be popular in the long term — their colour, the pupil dilation and style have a lot of room to adapt to changing fashion trends.”

The Battle to Become China’s Glossier

Catching the Next Wave of Beauty M&A Targets