A Fashion Week Just For Me

A Fashion Week Just For Me

LONDON, United Kingdom — On Wednesday, Louis Vuitton is set to stage its annual cruise show in Palm Springs, California, on the Futurist estate of Bob and Dolores Hope, where models will weave around the curvilinear form of the world’s largest oculus before members of the international fashion press, celebrities, brand ambassadors and key clients.

The event comes as fashion’s biggest companies — including Chanel, Dior, Burberry and others — are staging elaborate shows beyond the traditional four fashion weeks, which have become increasingly cluttered with competing marketing messages.

“The fashion week caravan from New York to London to Milan — it is so hectic, it is extremely difficult to truly stand out from all that noise. So this is one reason why being in Palm Springs alone — nothing happening two days before and nothing happening two days later — allows us to be much more clear and focused,” explained Michael Burke, chief executive of Louis Vuitton.

Indeed, for the megabrands that can afford it, staging off-piste events (which can cost millions of dollars each) enables them to dominate global media coverage for as much as two or three days, offering what can be a much better return on investment than traditional ready-to-wear shows, which are now widely measured in terms of their marketing impact.

“It is the brand in the round, communicating on all cylinders. It creates a moment of focus for the brand,” said Claudia Croft, fashion editor of The Sunday Times. “Along with each of these events, the designer will do an interview or there will be some kind of access that is not necessarily guaranteed or even available during the ready-to-wear shows, because everything is so hectic and so busy.”

Chanel was the first major brand to stage special, large-scale shows outside of the traditional fashion week calendar, using its cruise and Metiers d’Arts collections as powerful platforms to connect with media and key clients alike. 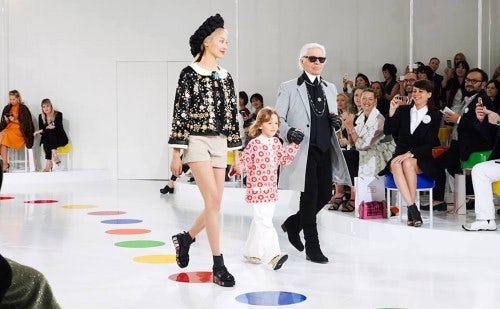 “We can create a stronger relationship with our customers thanks to the cruise and the Metiers d’Arts collections. Twice a year, we travel somewhere different to be alone in a city and offer a special moment, a total Chanel experience. I see that as the best way to introduce the brand to new customers. That is hard to achieve in Paris during the prêt-à-porter calendar, where the show is one among a hundreds more,” said Bruno Pavlovsky, Chanel’s president of fashion, in an interview with BoF to coincide with the brand’s recent cruise show in Seoul.

The strategy has now been adopted by a range of brands from Burberry to Max Mara to Dior. “The investment is equal to what we do in Paris,” revealed Sidney Toledano, chief executive of Dior, which is set to stage its cruise show on May 11th on the French Riviera at the Palais Bulles (Bubble Palace), the former home of Pierre Cardin.

“Everything is going fast — you have the need for new merchandise and you have the need of media and social media,” added Toledano, underscoring the importance of feeding today's fast-moving retail and media cycles. “The events will be covered and, right away, people all around the world, will go to Instagram. The Internet accelerated the need for images to show what is new.”

For some brands, the activation around these off-piste events is becoming increasingly sophisticated and multi-pronged. Burberry, for one, recently staged a major fashion spectacle at the Griffith Observatory in LA, dubbed 'London in Los Angeles,' which took a full year to plan and was carefully designed for maximum impact. 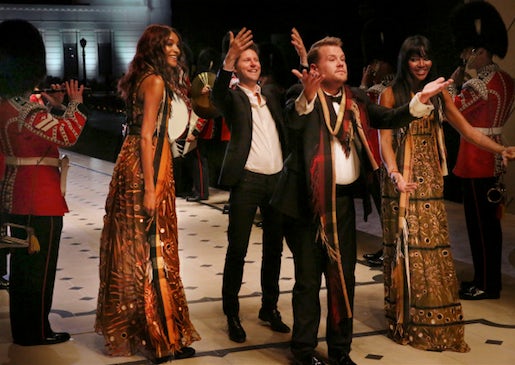 James Corden on the Burberry runway in LA | Source: Burberry

Starting six months before the event, which took place on April 16th, Burberry seeded its 'Art of the Trench' website with shots of renowned LA creatives. Then, in November, Burberry CEO and chief creative officer Christopher Bailey accepted a Rodeo Drive Walk of Style award to coincide with the opening of the brand's latest flagship store on the corner of Rodeo Drive and Dayton Way in nearby Beverly Hills.

With the foundations in place, just prior to the event, Naomi Campbell, one of the brand’s current campaign stars, appeared on ‘The Late Late Show’ wearing Burberry, while teaching the show's host James Corden to walk the runway. Three days later, in front of 700 attendees, hand-picked from the entertainment and fashion industries, Corden reappeared to close the show with a turn on the runway that formed the highlight of a skit that was later aired on his show, reaching over a million television viewers.

But the initiative didn't end there. The day after the show, in addition to wrapping the website of The Los Angeles Times in Burberry advertising, the brand began selling exclusive dresses from the show, along with exclusive beauty products, in its Rodeo Drive store.

That Burberry focused on LA is no coincidence. In comparison to its rivals, the brand is under-represented on the red carpet and has a clear motivation to better engage with the Hollywood entertainment industry. Equally important for the brand was the opportunity to reach consumers on the West Coast of the US, an increasingly important and under-penetrated market. 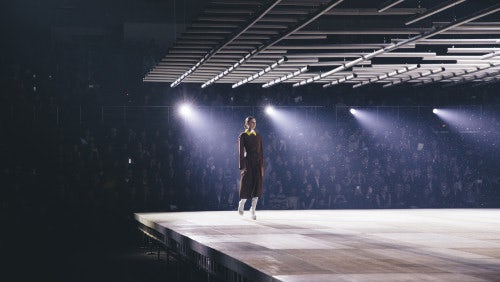 Indeed, regional activation is often a key driver for these kinds of events. “The world is global. Paris remains Paris, because this is where we had the first haute couture shows, but you have to also be present outside of Paris,” said Sidney Toledano. “We did a cruise collection on the Bund in Shanghai, in 2010, during the exposition. It was an important event worldwide and, for the Chinese, it was important to have a show in their country.” Last December, the brand also staged its very first pre-fall collection in Tokyo. “Raf liked the energy of Japan, the modernity of Tokyo, and I said this is great, because Tokyo is an important market and it would be good to show to the Japanese customers and the press something,” Toledano continued.

Of course, driving sales is another important consideration. “Overnight it became our single most important collection, measured by sales,” revealed Burke, referring to Louis Vuitton’s first cruise show, staged in Monaco last year. “The kind of business we did in our tiny little store in Monte Carlo… This year, what is going to be more impactful on the bottom line is the fact that we have just opened one of our most beautiful stores in the world on Rodeo Drive and, of course, it is going to be stormed. And, of course, we are going to sell out of all the products there. There are some special products that were done for Palm Springs,” he continued.

“The shows have had a positive impact on the business — definitely; I have seen our numbers,” said Toledano. Importantly, pre-collections such as cruise, for which many of these events are staged, are more commercially-driven than traditional ready-to-wear collections. They also spend the longest time on the shop floor.

“Given that these are the collections that make these brands the most money, the amount of time that they [previously] spent promoting them was disproportionately low,” observed Croft. “If it continues to be the most commercially viable aspect of designer fashion, then it can only grow," she continued. "It might even diminish the ready-to-wear eventually; there might be a tipping point whereby people concentrate their efforts on this, because that is where the money is; because that is where the sales are; because that is what the customer wants."

"I don’t think we are there yet, but it could happen.”