At Colette, a Fresh Take on Collaboration

For each month until the end of the year, Sarah Andelman is giving a whole floor of Colette to a single brand. We’ll see Balenciaga, Sacai, Thom Browne — and one surprise: fashion publicist Lucien Pagès. 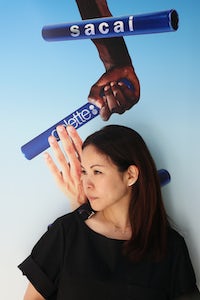 At Colette, a Fresh Take on Collaboration

For each month until the end of the year, Sarah Andelman is giving a whole floor of Colette to a single brand. We’ll see Balenciaga, Sacai, Thom Browne — and one surprise: fashion publicist Lucien Pagès.

PARIS, France — The burden on the bricks’n’mortar guys to flay their mark on a world where their customers’ attention spans are spinning into a digital void grows heavier. Logic would suggest that if you offer people the world, they will come. But Sarah Andelman has made Colette the success it is by flying against the wind. So now, to mark the store’s 20th anniversary, she’s embarked on a characteristically ambitious initiative. For each month till the end of the year, she is giving over the whole first floor of Colette, usually the home of its idiosyncratically signature multi-marque mix, to a single brand. We’ll see Balenciaga, Sacai, Thom Browne, Chanel, Saint Laurent… and one surprise. More of that in a moment.

“It’s such a fight with the brands for deliveries in time for fashion week,” Andelman explained, over lunch at Toraya, the Paris restaurant she calls her canteen. “We have a small selection, and not much room, so we need to partner with them. We wanted to see what would happen if we gave them the entire space.”

What happened in July was Balenciaga. That seemed a challenge, given that Balenciaga’s flagship is almost directly across the road on Rue St Honoré, and Andelman had just said, “We were thinking about brands that don’t have a shop in Paris.” She laughed at the obvious irony. “Well, the menswear isn’t available anywhere else in Paris, and the womenswear we have is exclusive to us.” There were also special Balenciaga-branded doodads, like the tasseled keyrings. They suggested old-style hotels, and illicit liaisons (which fit comfortably into Demna Gvasalia’s sense of the deliciousness of sin).

Balenciaga’s floor was the first taste of Andelman’s straightforward brief to her designers: You can do anything. Make an environment specially for Colette, she advised them. Don’t duplicate your shop. “I don’t want our usual clients to go upstairs and say, ‘This is not me’,” said Andelman. “I want them to still feel comfortable and be able to find what they find at Colette, a shirt, a purse…” What was immediately striking about Balenciaga’s floor was its attention-grabbing combination of fashion and art installation. A bifurcated car filled the centre of the space. Gvasalia’s concept for the windows was movies of street-level scenes — New York City, Tokyo, Los Angeles, Hong Kong, Berlin, Antwerp — that were so convincing it wasn’t immediately obvious to many customers that they were looking at an impossibility. Even some of the staff were initially fooled.

We try to invite people to stop their routine. You need a little break from what you automatically do.

Balenciaga brings its own clientele, but Andelman’s idea for August was pure Colette. The essence of the store has always been a curatorial approach to fashion, which distilled entire collections down to the few key pieces that reflected the Colette ethos. To follow Balenciaga, Andelman called her friend Lucien Pagès, who has always had a similarly curatorial attitude to the client list for his PR agency. “I think it’s unusual in his business,” she said. “We share an open mind.” But when she called to ask if he’d like to curate his clients for Colette’s first floor, his first reaction was fear. “As PR, we are behind the scenes, between brands and the press. This was something that had never been done before.” Andelman had no reservations. “It’s not about Lucien so much as the brands he’s curating. When I look at him, I see a real partnership between them and him.”

August is the summer holiday month, so Pagès’s installation is called "Les Vacances de Lulu," after his nickname. He’s conscious that he’s hardly a household name. “I hope everybody had a dog or cat called Lulu, ‘cos who cares about ‘Lulu’?” They might once they see M/M’s special packaging for the month. And they will know at least a few of the names Pagès represents. Forty clients and friends have come together to make his vacances a success, so there’ll be plenty of stuff for the Sunday changeovers that are part of Colette’s business as usual. J.W.Anderson and Vanessa Seward are doing t-shirts (hers reads “Talk to my PR”), Jacquemus and Lemaire have designed special bags, Olympia LeTan has made purses which feature classics of gay literature (Proust, Mishima, Genet), Astier de Villatte has created Pagès porcelain (the pattern is called "Cueille des Bananes"), and there’ll be an all-white capsule collection from Courrèges. Maison Darré is re-conceptualising the first floor in a holiday mood, with rush matting. Michel Gaubert is providing the soundtrack, Camille Bidault-Waddington is styling the mannequins, and Dior makeup guru Peter Philips has made a video for the window which poses the question “What do you think of beauty on holiday?” to a mix of his muses and Pagès’s friends.

There’s much more, but the one name that’s missing is Sacai. That’s because Chitose Abe will be following Pagès in September. For her takeover of the place she calls “a spiritual home,” she’s promising an integration of exclusive Sacai products with “unexpected cross-pollinations”: Converse, Globetrotter, Lacoste, Levi’s, photos by Craig McDean, traditional Japanese sweets from Toraya.

So there is actually plenty of variety within Andelman’s concept. “We try to invite people to stop their routine,” she said. “You need a little break from what you automatically do.” (Although Thom Browne, who has apparently designed 500 new products for his month, might dispute the notion that it was “a little break” from the day-job.)

The salutary point of the exercise may also be that it is ultimately less about the names on the floor than it is about the name above the door. As Pagès said, “Everybody wants to be at Colette, because it’s not just about business. We are all here because we all love fashion.”