Can Everlane Hack the Menswear Market?

With the debut of its "Uniform" collection for male shoppers, Everlane is hoping to finally win over the menswear market.

Can Everlane Hack the Menswear Market?

With the debut of its "Uniform" collection for male shoppers, Everlane is hoping to finally win over the menswear market.

With its debut of its Uniform collection, Everlane is making a more aggressive push for the menswear market. | Source: Courtesy
Retail
Share
Comment
By Chavie Lieber September 12, 2019 05:20

NEW YORK, United States — The new Everlane store in Williamsburg is airy and minimalist, descriptors that could also apply to the fashion start-up's clothes. It has white walls, with bright lights highlighting shirts and loafers like artifacts in a museum. Jeans are neatly arranged by colour and fit along one wall.

In those respects, Everlane’s fourth store isn’t too different from the San Francisco-based basics brand’s first three. However, it does have one new addition: an entire floor dedicated to menswear. That space will showcase a collection of T-shirts, denim and outerwear the company is calling the “Uniform,” as well as expanded fits.

Between them, the store and the new collection mark the brand’s biggest push yet into menswear, a category the eight-year-old start-up has yet to fully crack. Although Everlane is frequently cited as one of the top direct-to-consumer fashion brands for millennials, the company has had more success courting women.

Everlane declined to give sales figures, but women’s is a “much bigger” business for the brand than men’s, said Michael Preysman, Everlane’s founder and chief executive. 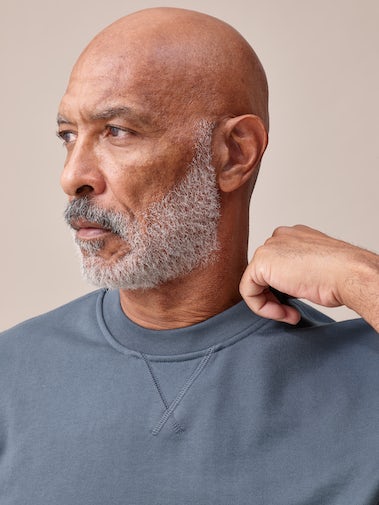 “It’s hard to market to dual genders,” he said. “When shoppers come to the site, the pictures are often of women’s clothes, and most guys would assume it’s not for them.”

Everlane is taking a crack at menswear at a time when that market is thriving. While womenswear still makes up the majority of the $1.7 trillion footwear and apparel sector, menswear is expected to outpace womenswear’s growth by 2022, according to market research firm Euromonitor. Brands have taken notice: Madewell, J.Crew’s popular sister brand, for example, expanded into menswear last year.

Brick and mortar also seems to be a key part of the industry's menswear strategy at large; Nordstrom opened a dedicated store for men in New York City last year.

“Men do better in stores,” Preysman said. “They want to go into retail environments, and find things that work for them, and not have to deal with online shopping and returns. We’re seeing a dedicated men's shopping space as an opportunity to address this need.”

Everlane’s Uniform collection joins other menswear brands that are pitching to shoppers to buy a wardrobe set, including Wardrobe NYC, Outdoor Voices and Outlier.

When Everlane first launched in 2011, the brand attracted plenty of attention from the menswear world. It’s nabbed mentions by male fashion reporters in the Wall Street Journal and New York Magazine and was frequently cited as the next up-and-coming men's fashion brand by GQ and Esquire.

Men do better in stores. They want to go into retail environments and find things that work for them.

But the brand’s menswear never quite lived up to the hype. Justin Livingston, a men’s fashion blogger, said Everlane hasn’t really caught on in the men’s fashion world because it doesn’t have a “hero product” to hook male customers, like Allbirds’ wool runners or Buck Mason’s t-shirts.

“I personally love their clothes and think their style is timeless, but I see how it’s been hard for them to take off in menswear,” Livingston said. “Maybe if Everlane had a product that made waves, it would cause more people to stick around.”

Menswear shoppers also frequently complain about Everlane’s fit. Customers have voiced concerns on Reddit that the sizing numbers are sometimes off, and that sizes fit differently depending on the product. And unlike most online companies that invite shoppers to constantly buy online and return at will, Everlane doesn’t offer free returns.

“If you are charging more for basics than fast fashion, but you aren’t able to nail fit 80 percent of the time, that’s a huge issue,” said Walker Livingston, a moderator of the Male Fashion Advice forum on Reddit.

Maybe if Everlane had a product that made waves, it would cause more people to stick around.

Everlane is trying to fix these issues by offering extended fits. In its Uniform collection, Everlane pants now include a 28-inch inseam for shorter customers and an athletic fit for guys with wider legs, as well as a tall fit for its Oxford shirts, although sizing still only goes up to an XXL.

“A piece of feedback we always get has been about fit, whether things are too tight or small in the legs,” said Nate Peltonen, Everlane’s senior men's merchant. “Hopefully having slim and athletic fits will help win some of those guys back.”

The brand has taken knocks in some corners for playing it safe (or as one Reddit commenter put it following the Uniform announcement, “Everlane’s men clothes are just boring as hell”). By contrast, Everlane’s women’s clothing includes a mix of basics with silk dresses, utility jumpsuits, and denim mini skirts.

“Muted, professional minimalist is not really what’s happening for dudes right now,” said James Harris, one of the co-hosts of the men's fashion podcast Failing Upwards. “We’re in a phase of prints, colors, and Gucci maximalism. Everlane’s pitch is that they are solving the problem of getting dressed for you, but I think a lot of guys care too much to have someone else take care of that for them.”

If Everlane can fix its sizing issues and liven up its offerings, it could engineer its menswear moment. The minimalist aesthetic may not be the dominant trend, but it could appeal to men who aren’t interested in the logo-heavy novelty pieces put out by trendier brands. J.Crew and Uniqlo receive plenty of praise in places like Reddit for this exact reason.

Everlane has attracted plenty of male devotees, like Gabi Weinberg, an aspiring tech investor with a day job at a Jewish non-profit, who said 90 percent of his closet comes from the brand.

“I like Everlane because it’s straightforward with style and colours, but still has personality to it,” he said. “I don’t like wearing t-shirts with images or words, and Everlane has figured out how to make a simple T-shirt exciting without making a statement.”

I don’t like wearing t-shirts with images or words, and Everlane has figured out how to make a simple t-shirt exciting without making a statement.

True to its startup roots, though, Everlane’s aesthetic is consistent with the Silicon Valley look, which isn’t exactly mainstream.

Preysman said Everlane is still rooted in muted basics and believes a comprehensive package of clothes, like its Uniform collection, will win shoppers over.

The clothes have a 365-day guarantee; if clothes tear, discolour, or shrink, Everlane will replace them — an offer fast-fashion competitors would struggle to match.

“We make basics that we can guarantee,” said Preysman. “We’re trying to build customer trust.”

Is China Primed for a ‘Minimalist Movement’? DTC Brands Hope So.

American Fashion Must Build Brands as Meaningful as Nike, Apple and Gucci