How Publishers Are Supersizing the Holiday Gift Guide

For years, media brands have made an annual event out of their holiday gift guides. Now, they're using that influence to sell stuff through dedicated online shops, retail pop-ups, exclusive products and branded merch.

How Publishers Are Supersizing the Holiday Gift Guide

For years, media brands have made an annual event out of their holiday gift guides. Now, they're using that influence to sell stuff through dedicated online shops, retail pop-ups, exclusive products and branded merch.

Take American Vogue as an example. This year, Vogue is betting readers want to buy a bit of its own brand, too. Starting Thursday, readers can purchase, among other items, drinking mugs decorated with illustrations by artist Todd Selby. Fans of Editor-in-Chief Anna Wintour might recognise the animations from her new YouTube video series. Also for sale are baby onesies from Maisonette covered in Vogue-adjacent phrases like, “Cry, But Make It Fashion.” There’s also a Vogue-branded bright-red Shinola bicycle for $1,950.

The holiday shop is the latest effort by Condé Nast to generate revenue to offset shrinking advertising sales. The publisher isn’t alone. 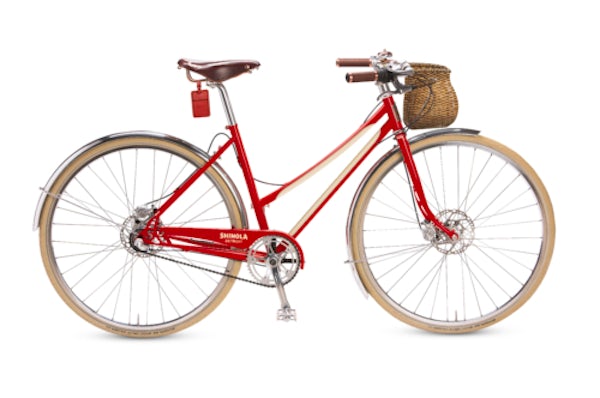 Gift guides are popular because websites can link to products they recommend. Retailers like Amazon and Nordstrom pay publishers an affiliate commission to drive shoppers to their products. The strength of New York Magazine’s product recommendation and shopping vertical, The Strategist, was cited as a reason why Vox Media decided to acquire the publication in September. The Strategist, which rebranded in September, expanded to the UK last month. Last year, it opened a pop-up shop in Soho for the holidays, but this year is spending money instead on a digital, social and public transit brand campaign in New York, Chicago and London meant to create more brand awareness for the gift-giving season.

E-commerce is unlikely to solve all of publishing's challenges. But elaborate holiday shops can work as a proof of concept, indicating that the publisher can generate more significant revenue from merchandise in the future. Tracking activity in online stores also helps media companies show brands they can convert readers into shoppers, helping to land bigger advertising deals in the future.

Publications that can create custom products with designers and brands also flex their insider relationships and separate themselves from the competition. That can build reader loyalty.

“Anna [Wintour] really feels strongly about collaborations, so it’s not just supposed to be Vogue’s logo slapped on things — it’s supposed to be design-forward [items],” said Accessories Director Willow Lindley, who worked on the holiday shop with Rickie de Sole, head of fashion initiatives at Vogue and co-director of Condé Nast's Fashion Network overseeing fashion teams across the publisher's brands. Lindley also worked on the collaborations the magazine commissioned for its 125th anniversary with designer brands such as Hood by Air, the main precedent for the new project. The shop isn’t permanent but will likely be back for specific gift-giving occasions next year, like Mother’s Day or the peak wedding season. 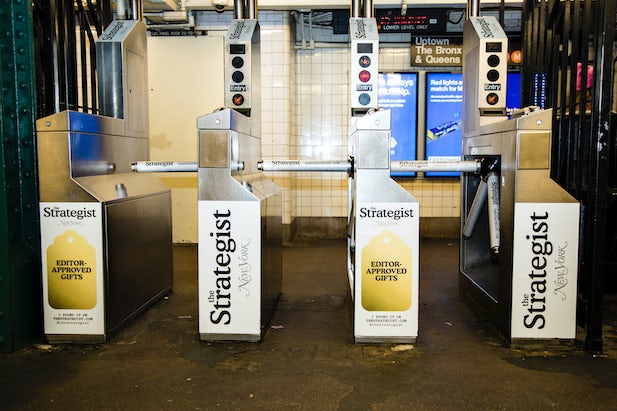 Streetwear title Complex is also setting up its own content-meets-commerce shop and commissioning more exclusive products, launching in time for the holidays. The Hearst-backed men’s-focused publication, which launched as a streetwear and hip hop magazine in 2002, now covers pop culture, sports and more.

While Complex is ahead of its streetwear media competitors in terms of events and video series, it is behind them in establishing a multi-brand e-commerce business. Hypebeast, which actually holds inventory, made $31 million in the year ending March 2019. And Highsnobiety launched its store last spring with an exclusive deal with Prada.

Starting this week, Complex is opening a permanent online shop in partnership with Canadian e-commerce platform Bonsai, which will handle shipment and fulfilment with brands and shops like Nike, Stussy, Aime Leon Dore, The North Face, A-Cold-Wall and The Webster. The destination will be heavy on editorial content, and also sell Complex-branded merchandise. Complex’s popular YouTube show Hot Ones, for example, where celebrities are interviewed while eating spicy wings, sells apparel and a line of hot sauces with partner Heatonist. Complex projects that gross sales of the hot sauce line will surpass $20 million this year.

About 30 percent of Complex’s offering on its new shop will be exclusive collaborations, including a six-piece capsule of LA Dodgers merchandise designed by Chris Gibbs, the owner of the influential streetwear shop Union Los Angeles. The plan is to increase that share to 50 percent of the total offering.

“Eventually, down the line, we would anticipate that we are seeing something of a cadence of a monthly drop,” said Jeanette Lukasik, vice president of business development and commerce at Complex. “Because we are behind the scenes and in front of the scenes, as well, there really is no better storyteller than us.”

Meanwhile, millennial favourite theSkimm is tackling brick-and-mortar in addition to the complexities of an online shop. The media company, which started with a daily newsletter aimed at women and has raised $28 million to date, launched an online shop on Monday and will open a pop-up in Manhattan on Black Friday. Products from the store will be drop-shipped from the brands, which include The Sill plant shop and footwear from Nisolo, and inventory will be available in-store to shop (via a consignment between brands and theSkimm).

We’ve seen a huge explosion of DTC brands, so much so that it can be overwhelming trying to navigate which ones to really invest in.

“We’ve seen a huge explosion of DTC brands, so much so that it can be overwhelming trying to navigate which ones to really invest in,” said co-founder Danielle Weisberg.

The products, most of which sell for under $50, were chosen based on reader surveys about what they are looking for during the holiday season, and years of data on “Skimm Picks,” the products recommended in the daily newsletter.

“Since we started the company over seven years ago, affiliate was a way to naturally recommend things that our team was seeing, that we thought our audience would respond to,” Weisberg said. “We kept doing it because we do see it is a significant and growing revenue stream. And this next step…shows that we believe that there is more there.”

Harper’s Bazaar’s online shopping vertical, ShopBazaar, is partnering with the Hudson Yards boutique The Conservatory this holiday season for a pop-up and party with artist Ashley Longshore. The products featured are handpicked by Bazaar editors and other influencers, and will also be available online through affiliate links and highlighted in the pages of the December/January issue of the magazine.

For Harper’s Bazaar publisher Carol Smith, the partnership is a proof of concept that the shopping vertical, which she said is generating more and more of its revenue from sponsored content for affiliate brand partners, can drive shoppers into stores. (ShopBazaar also operates a marketplace model with select retailers like Kirna Zabete.)

ShopBazaar has hosted pop-ups in the past, but never with another retailer, and handling all the inventory itself was challenging. With The Conservatory, which as a new retailer stands to gain marketing exposure with Bazaar readers, Bazaar handled curation while The Conservatory handled the product logistics and the cocktail party.

“This is my first entry into how can I create a physical experience with a retailer,” said Smith, who says that next year she plans to take ShopBazaar to a “new level” in terms of partnerships and revenue. “So many luxury clients and designer fashion [clients] have started to feel comfortable creating branded content that drives conversion.”

Two decades ago, a retailer would have fought for credits in a print magazine, said Brian Bolke, founder of The Conservatory. “People have traditionally turned to a magazine for a certain editorial point of view,” he said. Now the reader is getting information from many more channels, but he thinks Bazaar’s stamp of authority still has value. "It’s editorialised in all these different ways," he said. "I see it as storytelling."

Editor's Note: This article was updated on 20 November 2019. A previous version of the article stated that the Complex shop will sell products from Nike and Stussy. This is incorrect.

Instagram Hones in on Publishers’ Turf With Shopping Recommendations

Fashion Media Is Addicted to Data