Attacked from all sides by a surge of competitors, how is the 161-year-old pioneer of blue jeans reasserting itself?

SAN FRANCISCO, United States — Levi’s is the world’s oldest and largest denim brand. The family-owned blue jeans pioneer — founded in 1853 and adopted by everyone from miners, cowboys and railroad workers to greasers, rockers and hippies — has long been linked to a potent blend of democratic, rebel-infused Americana. Bruce Springsteen wore a pair of classic Levi's 501s on the cover of his album “Born in the USA.” 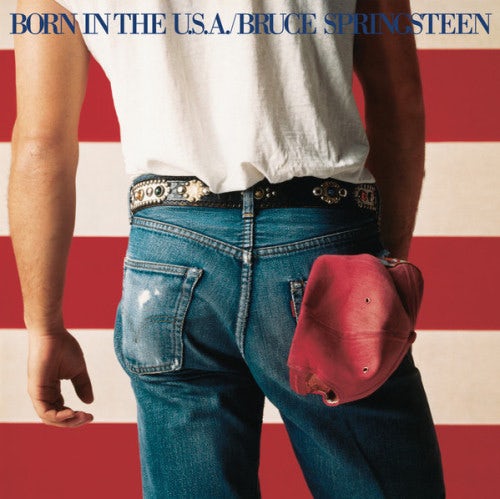 But despite its powerful brand story, Levi’s hit its commercial peak back in the 1990s. In 1996, annual sales at parent company Levi Strauss & Co. (the Levi’s brand accounts for over 80 percent of the company’s total sales) reached $7.1 billion. By 2003, however, revenues had fallen to $4.2 billion and, over the next decade, barely grew as Levi’s saw its core business attacked from all sides by a surge of competitors. Fast-fashion retailers and other value players, offering very low prices, took the bottom off the business, while new premium denim specialists targeted the top.

“There are more denim brands born this century than in the previous 104 years,” said James Curleigh (or “JC”), global president of the Levi’s brand, sitting in a conference room at the company’s San Francisco headquarters. “All of a sudden, we get attacked by premium. All of a sudden, value and own-label and fast fashion come and try to take a piece of the business. Traditional competitors, like Wrangler and Lee, also wake up to a moment of denim growth,” he continued. “So, you’re getting attacked by premium, value, traditional and fast fashion.”

Levis was attacked by premium, value, traditional and fast fashion.

While years of ubiquity had eroded much of the aspiration around the Levi’s brand, the denim maker remained much loved. “We have the highest awareness and the highest affinity of any apparel brand in the world. People know Levi’s and they love us,” said Curleigh. But weighed down by a mix of poor management and a design vision too closely tethered to the company’s heritage, Levi’s was slow to introduce new cuts, colours and fabrics and ultimately failed to translate affection for its brand into sales.

“Because you’re the leader, I think it’s natural, at first, to not be reactive and say, ‘We’re the original. We’re just going to stick with what we’re doing.’ Whereas everybody else is going, ‘Ok, I’m going to do these funky new washes, I’m gonna try use super-stretch fabrics, I’m going to offer different cuts of denim,’” said Jonathan Cheung, senior vice president of design, who joined the brand in 2009. “It’s been a big challenge for Levi’s.”

The company has since regained some ground. In 2014, revenues hit $4.7 billion, growing for the second consecutive year. But Levi’s must contend with a denim market that is not only crowded and competitive, but facing softening consumer demand in key geographies.

The global market for jeans is forecast to maintain its steady expansion and will hit $115 billion in total retail value by the end of 2015, according to Euromonitor International, a London-based market intelligence firm. But, in August 2014, American market research company NPD Group reported a drop of 6 percent, year-on-year, in overall denim sales in the US, Levi’s most important market, prompting headlines like “America’s Fading Love Affair with Denim” and “Denim is in Real Danger of Going Out of Fashion.”

So how is the 161-year-old denim pioneer reasserting itself?

“There are three components to the strategy,” explained Curleigh, who joined Levi’s in 2012 to help drive the company’s renewal efforts. “We are the worldwide leader in denim — and that’s men’s and women’s — so how do we make sure we protect that? A lot of brands take it for granted and chase something else, but then they look back at their core and go, ‘What happened?’ Protecting our profitable core is the number one priority. Our profitable core is the US market…. The 501 is our profitable core.” 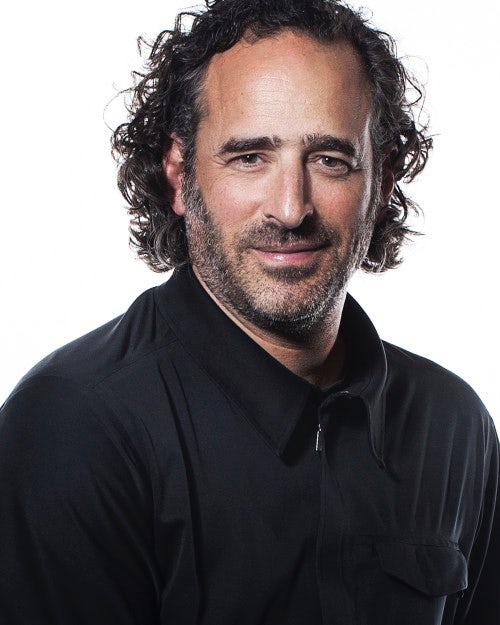 Indeed, building on the brand’s classic 501 franchise — “one of the iconic products for which we’ve been known and loved for over 140 years” — is a key part of their strategy. “The biggest shift in the denim today, I would say, is the return to authenticity,” said Cheung. “I think there is a swing away from alternatives to a regular pair of jeans back to a regular pair of jeans. People want something with meaning.”

Capitalising on the recent resurgence of the classic, straight-leg, high-waisted 501 style — last fashionable in the 1990s — the company recently launched a tapered version of the jeans, called Levi’s 501 CT (which stands for customised and tapered). “501 CT started off as a conversation between myself and Karyn Hillman [Levi’s chief product officer] and how we wore our 501s. We’d go to the store, bump into people and discover popular alterations,” explained Cheung. “For years, people have taken the iconic 501 and customised them by getting on a sewing machine and giving the legs a little taper. With the 501 CT, we’ve done that work for you.”

Secondly, Levi’s aims to redefine itself as a true lifestyle brand, not just a jeans maker. According to Curleigh, about 80 percent of Levi’s sales currently come from denim pants, but the company is expanding its presence in a range of other product categories. “The average consumer’s closet is composed of around 7 to 8 percent denim, if you could just snapshot the value,” said Curleigh. “That means by definition that more than 90 percent is not denim. So, what are the logical Levi’s extensions?”

The company is targeting items that connect to its brand heritage, like trucker jackets and t-shirts. “The trucker jacket is one of the most iconic pieces from Levi’s that we could leverage more,” said Curleigh. “The t-shirt. These are things we can go after.” The brand is also focused on underwear, socks, footwear and belts. “We are the worldwide leader in branded belts, but nobody knows that. Belts connect to our jeans.”

“Our marketing is imaged around lifestyle and not just jeans,” Curleigh  continued. “Think about the greatest apparel brands on earth. Nike was designed to go faster around a track. Northface was designed to withstand extreme temperatures at 20,000 feet. But they are now ubiquitous in any urban environment. We need to make sure that Levi’s plays a legitimate role in lifestyle choice anywhere. Than means moving from a brand of jeans to a lifestyle brand in jeans-wear.”

A stone’s throw from the company’s headquarters, along the Embarcadero waterfront facing the San Francisco Bay, a steady stream of women in “athleisure” looks are a reminder of another challenge facing Levi’s: not just the rise of leggings and yoga pants — increasingly integrated into daily attire and often called “the new denim” — but the women’s market in general, in which the brand is underpenetrated.

“Men’s is about 75 percent to women’s 25 percent [of the business],” said Curleigh. “There’s opportunity in our gender balance and we’re going to give a big surge on women’s in the second half of the year.”

Though details are still under wraps, “what you can expect from us is simpler choice with more compelling solutions around fit, around shaping, around styling, around trend,” revealed Curleigh. “We’re also taking advantage of modern day materials and you’re going to see a few unexpected things around premium and around collaborations. It’s a complete relook at our women’s business.”

“Women’s jeans presents an underexploited opportunity for Levi’s following the success of Curve ID and Revel,” said Magdalena Kondej, head of apparel and footwear research at Euromonitor, referring to two ranges of figure-enhancing jeans for women.

“One route could be through further targeted products, moving beyond figure-flattering styles. For example, VF Corp’s Wrangler brand launched its Denim Spa collection in 2012, which incorporates moisturising and cellulite-reducing treatments,” she continued. “Alternatively, Levi’s could align its ranges to fashion trends. Capitalising on the on-going demand for coloured, printed and textured denim could keep consumers engaged.”

As for the rise of activewear, Curleigh is unfazed. “There's not one female consumer in the world that I know of who woke up one day and said, ‘It's about athleisure; all my jeans are gone and I'm going into black yoga pants.’ It's about having both. What is the modern day woman looking for? Casualisation is part of her mindset, as well as comfort and contemporary style. And versatility. Something that is not one dimensional,” he continued. “Denim is ten times the size of black leggings. And the innovation of denim can continue to be casual, more comfortable in terms of stretch and fit, and deliver contemporary style,” he added.

“Jeans are not just for heritage and authenticity. They’re for purposeful intentions. It’s about lifestyle that meets with innovation.”

To put the strategy into practice, Curleigh wants Levi’s to act like “a 160-year-old start-up. We’ve got scale, heritage, authenticity, awareness and global reach. But if you’re a multi-billion dollar company that’s existed for over 100 years, you wish you had agility, focus, innovation and optimism that the future will be better than the past,” he said.

“We’re innovating sustainable solutions. We’re looking into performance denim. We’re exploring craftsmanship; attention to the tailoring details. We’re innovating style solutions off our Eureka platform, which is what a start-up would do,” said Curleigh, referring to the company’s Eureka Innovation Lab, which opened at the base of Telegraph Hill, a few blocks from the company’s main office, in 2013 and houses about 30 technicians, some of whose arms have turned blue from working with the indigo used to dye blue jeans. (Levi’s previous innovation center was located in Corlu, Turkey, thousands of miles away from the company’s headquarters, making it slow and costly for the design team to develop prototypes).

“At Eureka, we are developing rapid prototypes, which really propels the development of a product,” explained Cheung. Eureka can turn out about 30 prototypes per week. Products that have been prototyped in the lab include the company's successful Revel jeans, which use “liquid shaping technology” to better adjust to a woman’s body shape, as well as its Commuter series: denim designed for bike commuters with a metallic finish that looks normal during the day but lights up to ensure a biker can be easily seen at night when hit with the beams of a car’s headlights. The new 501 CT was also a product of Eureka. “There have been quite a few prototypes, but the 501 CT was a singularly big idea,” explained Cheung.

“Product innovation is one of the key strategies adopted by Levi Strauss to limit further share loss to both fast fashion and premium brands,” said Kondej. “These initiatives give Levi Strauss a significant advantage over its rivals, provide a differentiation point particularly at the mass-market level and allow to protect the brand from excessive discounting.”

Yet it’s much too early to say whether Levi’s can successfully recapture what Curleigh calls “denim leadership and beyond.” Yesterday, Levi Strauss & Co. reported that fourth-quarter revenues for 2014 grew ten percent (excluding currency fluctuations), but about two-thirds of the lift reflected Black Friday sales week, which, due to the timing of the company's fiscal year, was an additional week in the company's fourth fiscal quarter compared to the prior year.

“I think in the end, as with all good evolutions of a category, there will be fewer competitors. We’re going to see a clean-up of the denim market,” predicted Curleigh, who sees Levi’s, with its blend of brand heritage and product innovation, as well positioned to capitalise. “We’re confident that we are on a journey of market share growth and business growth.”