Milan is revamping its fashion week line-up with a slew of young labels — many from Asia. But can it really rival London as a platform for emerging fashion talent?

Milan is revamping its fashion week line-up with a slew of young labels — many from Asia. But can it really rival London as a platform for emerging fashion talent?

A scene from the 'The Next Talents' showroom at Palazzo Morando in Milan | Source: Courtesy
Share
3 Comments
By Osman Ahmed February 27, 2017 05:29

MILAN, Italy — Milan’s fashion week schedule has long been dominated by luxury megabrands, helmed by designers old enough to remember when Federico Fellini’s ‘La Dolce Vita’ was first released. Change is afoot, driven by Alessandro Michele’s reinvigoration of Gucci, the rise of young designers like Massimo Giorgetti and Stella Jean and the arrival of Carlo Capasa, the dynamic head of the Camera Nazionale della Moda. But Milan’s fashion renaissance still requires fresh blood to compete with New York and London as a hub for emerging talent.

“The need for generational change is essential, but we tend to disregard it in Italy and be a bit institutional — I have to admit it,” says Giorgio Armani, who introduced an initiative in 2013 to allow young designers to show at the Armani/Teatro on the same day as the designer himself. “The future of the fashion system depends on new creators, and I thought it was important to personally send out a signal. I like the idea of ‘handing over’ the runway to new talents, giving them the opportunity to be able to show what they know, keeping just the right distance myself.”

Now, a slew of international designers are arriving in Milan from all corners of the world – mainly because large Italian brands, like Armani, are increasingly eager to support young talent. Mr. Armani’s effort to bring younger designers to Milan Fashion Week initially began by supporting Italian designers such as Stella Jean, Andrea Pompilio, Julian Zigerli and Christian Pellizzari. In the last couple of years, however, he has cast his eye eastwards and invited several international designers to show in Milan: Consistence from China; Moto Guo and Edmund Ooi from Malaysia; and Facetasm and Yoshio Kubo from Japan. “I think it is fundamental for emerging talents from all over the world to have the opportunity to demonstrate their abilities on a platform designed specifically for them,” he adds. “The future of fashion is in their hands, and we shouldn’t forget that.” 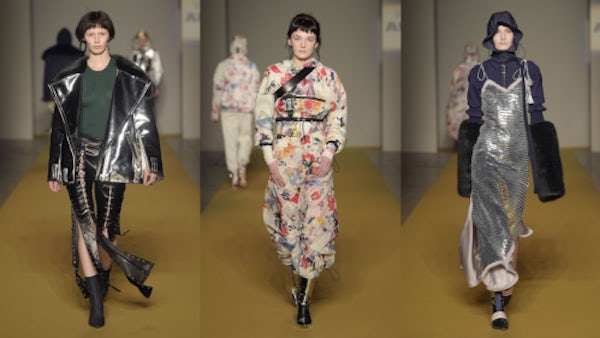 Of course, the patronage also has practical roots: bigger brands showing in Milan benefit from the buzz of new names in the city, which helps to attract press and buyers, who are often inundated with meetings with advertisers and showrooms during Milan Fashion Week. But the impact is real.

Mercedes-Benz has also decided to take its International Designer Exchange programme from London to Milan this year, which allows an Asian designer to show in Europe and vice versa. Whereas London plays host to a show every hour, the Milan schedule is more spaced apart, which means there is more attention to be gained, especially because of the wider embrace of Asian designers in the city. "Milan is symbolic of the Made in Italy tradition, and many young designers aspire to show here as this allows them to close contact with textile producers and specialized suppliers," adds Michael Bock, director of Sport & Lifestyle Marketing at Mercedes-Benz. "This product development experience is invaluable for a designer learning the trade. Milan is a competitive environment for fashion designers, both young and established."

Angel Chen, a Shanghai-based designer who graduated from Central Saint Martins, was selected by Mercedes-Benz to show at Milan Fashion Week this month. It came after seasons of off-schedule shows during London Fashion Week. “Milan is more mature,” she says. “In London, we tend to do something a bit more theatrical, but in Milan, we wanted everything clean so it just shows the clothes.” It is clear that Chen is repositioning herself to make use of what’s on hand in Italy. A couple of weeks before the show, she visited Milano Unica, a fabric convention not unlike Première Vision in Paris, and found that she was able to order fabrics – something that younger designers have previously struggled with at big conventions due to high minimum orders, which they often can’t justify for their small production numbers.

“I was there for three days,” she explains. “Many of them have been working with big brands and they were very open minded. I showed them my work and they are happy to collaborate with me. It’s very different to when I was in Paris a few years ago and at Première Vision – people treat the Asian customers as copycats.” Having made her collection with better fabrics, she acknowledges that she is moving in a more commercial and luxury-minded direction since visiting Milan and showing there. “I think this is important for young designers because we always have to use cheaper materials and we cant compete with high-end brands,” she continues. “As a young designer, we are obviously in the same market as them and in the same stores, so we need to be just as good.” 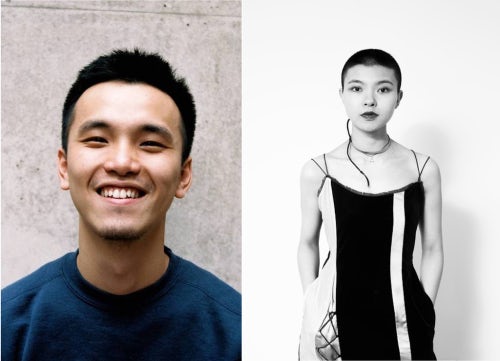 London fashion week has long been considered fashion’s most powerful platform for emerging talent, courtesy of incubators such as NewGen and Fashion East and a thriving off-schedule scene, however the market in the British capital is saturated with local labels — many born from London’s leading fashion schools — and is increasingly hard for international designers to crack. A slot on the official schedule can costs thousands, too.

“London has been doing it very well for 10 years, but now it’s very hard to be a young designer in London — and in London it’s more of an emphasis on European designers,” says Sara Maino, senior editor of Vogue Italia and head of Vogue Talents, a platform for emerging designers in Milan. “[London] is so much more expensive for them, as smaller labels. I understand that it’s sometimes to do with if they are getting public money, then they want to concentrate on what they have at home. In Italy, for the moment, it is very important to make it international.”

Maino has been an advocate for emerging designers since launching Vogue Talents in 2009, with the support of the late Franca Sozzani. It comprises an annual award and print supplement focusing exclusively on emerging talent, as well as a section on Vogue.it, which is updated every day, and a showroom during Milan Fashion Week. The scheme also was deployed abroad in Dubai and Saudi Arabia, with a view to bringing international designers to Italy.

Maino’s extracurricular responsibilities also include shortlisting designers to be chosen by Giorgio Armani for his support. This season, Armani went with her recommendation of Xu Zhi, a London-based Chinese designer who graduated from Central Saint Martins in 2015, and has subsequently won accolades including being a finalist for the H&M Design Award and a nomination for the LVMH Prize.

Zhi will presented his collection in Armani’s theatre last week, which marks his first catwalk show. “I’ve only been in Milan twice before,” he says of his time showcasing in the Fashion Hub Market, Milan’s equivalent to the Designer Showrooms in London.

However, Zhi is quick to point out that the city still has a long way to go before it rivals London as a centre for emerging talent. “People really come to London to discover new talent,” says Zhi. “Milan is more about the domestic market at the moment. Being in the Designer Showrooms in London gave us a lot of exposure — the first season, all the stores we sold, including Dover Street Market and Opening Ceremony, picked us up in that showroom. Neiman Marcus and Barneys came by and we’ve been in talks with them, too. In Milan, I only picked up one Italian stockist.” 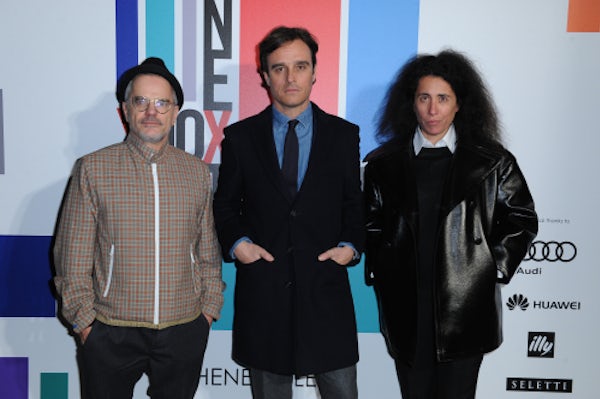 Vogue Italia's Giovanni Bianco, Emanuele Farneti, and Sara Maino at the opening of 'The Next Talents' in Milan | Source: Courtesy

Part of the reason, he says, is that the showrooms in London are in the same place as the official show space, which means that guests of the shows walk through them on the way in and out. He says he paid £2,500 for an eight square-metre stand, but it was worth the cost because of the orders and connections he made. Comparatively, the Fashion Hub Market showroom in Milan is completely funded by the Camera Nazionale della Moda Italiana, but is in a separate space to where the shows are going on. “London is also earlier on the fashion calendar, and it’s easier to show things before it gets very busy,” he adds.

Although it may not be parallel to London just yet, what is clear is that Milan is funnelling money into platforms for emerging talent and by making them free of cost, providing an opportunity for designers who would be unable to afford endorsement by the British Fashion Council to attract press and stockists — albeit largely Italian ones.

“This season we have 15 designers coming from many countries,” says Carlo Capasa, president of Camera Nazionale della Moda Italiana. “All those designers have a free space and we organise the most important stores to visit them.” Capasa says that two years ago, the organisational body changed the rules of its membership so that bigger brands would pay more and younger brands pay less. “Versace, Prada, Ferragamo, Gucci, Marni — all those bigger brands — they pay a hundred times more than the young designers because it is in relation to numbers. They pay more so that we can help younger designers.”