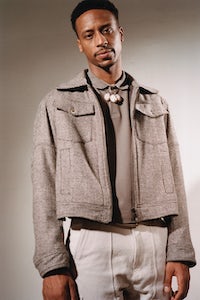 PARIS, France — At a Vogue Paris summit last November, Kering’s chief sustainability officer Marie-Claire Daveu called out the industry-wide problem of “green-washing,” or the practice of making an unsubstantiated or misleading claim about the environmental or ethical benefits of a product. The reality is that few fashion businesses are willing or able to make their supply chains genuinely sustainable, which is why the launch of Paris-based men’s line Phipps by American designer Spencer Phipps feels like a step in the right direction.

A graduate of The School of Fashion at Parsons in NYC, Phipps cut his teeth at Marc Jacobs before his most recent stint in the Antwerp ateliers of Dries Van Noten, where he was a men’s designer for the past three years. Relocating to Paris, the California native embarked on his first solo project, frustrated by the lack of stylish and environmentally-conscious clothes in the men’s designer ready-to-wear sector. “It’s an exploration to see what the current possibilities are in terms of sustainable materials, manufacturing and the demand from the consumers themselves,” Phipps told BoF. The 32-year-old has chosen to produce his first collection of 50 pieces entirely in Portugal (save for a handful of knits that are made in Mongolia), impressed by the rigourous environmental and human rights code that covers all Portugese factories and suppliers. 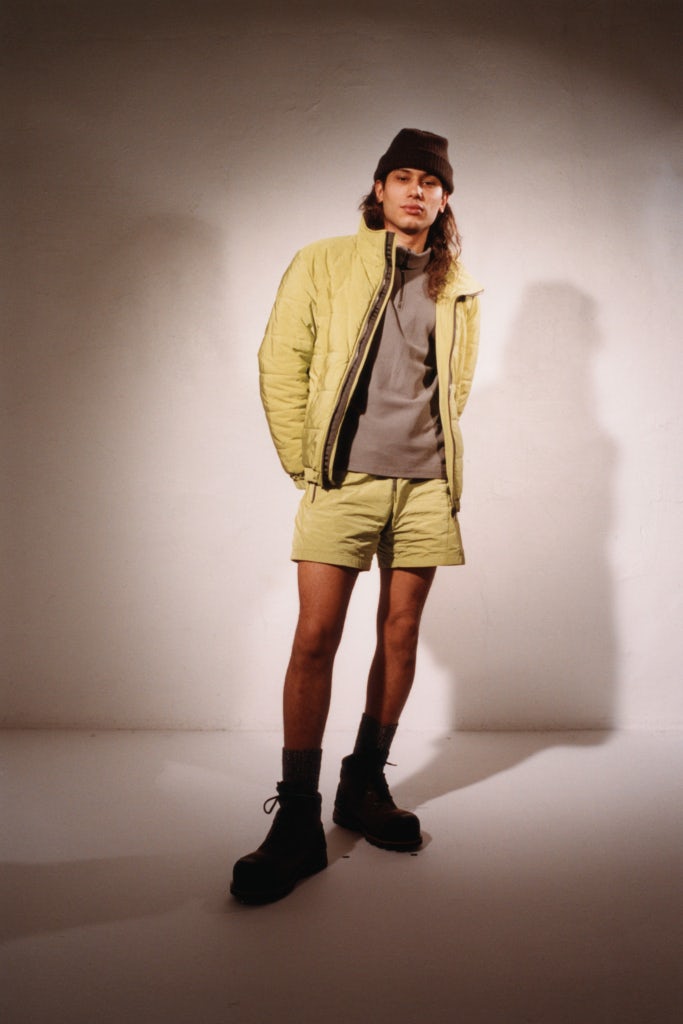 The first results of Phipps’ endeavor remain, if not quite homespun, at least partially akin to more traditionally "conscious" garments, and their rough hand and natural dye pigments will ensure the brand’s aesthetic stands apart from the wave of bright, hi-shine sportswear that has inundated the menswear market in recent years. Where it will find common ground, however, is in the slouchy, masculine silhouette; Achieved with roomy cut trousers and raglan sleeve constructions, his shapes will gel well with other labels promoting an active lifestyle (one could imagine the Phipps label assuming its place alongside the likes of OAMC, Gosha Rubchinskiy or even Yeezy). “It was important for me that the pieces felt tough, rugged and durable,” said Phipps, who is a keen amateur rock climber and cast many of his look book models in a Paris climbing gym.

“I expect Phipps pieces to be able to withstand a lot, but within that framework of functionality and durability it’s really important for me to design garments that feel unique and new, and that there is an element of education,” the designer continued. For his Autumn Winter 2018 debut, that plays out in organic cotton, recycled nylon and even undyed yak hair, with a trekking jacket, workwear shirting and utility chinos as key pieces in a condensed first lineup peppered with environmentally-skewed graphics inspired by the origins of the universe. Kenya’s Great Rift Valley, the supposed birthplace of humanity, plays a starring role there. “For this first step, I started at the beginning of humankind and looked at anthropology. We were looking at theories and myths about human origins. The idea is to lay a foundation for the brand, from which to expand upon.”

Editor’s Note: This article was revised on 20 January, 2018. A previous version of this article misstated Spencer Phipps’ role at Dries Van Noten. He was a men’s designer at the label, not the men’s design director.