In a multi-billion-dollar influencer economy, bartering for gifts and front-row seats has given way to paid projects, but who really has the power?

In a multi-billion-dollar influencer economy, bartering for gifts and front-row seats has given way to paid projects, but who really has the power?

LONDON, United Kingdom — “I cannot pay taxes with a bag,” says Veronika Heilbrunner. With over 150,000 Instagram followers and collaborations with various high-end luxury brands under her belt, the influencer and co-founder of magazine Hey Woman! is adamant that the days of influencers accepting gifts as payment are over.

Today, the influencer economy on Instagram alone is valued at $1 billion by marketing agency Mediakix.

Influencers have come a long way in a short time. What began as personal style blogs, remunerated by occasional gifts from brands, has evolved into an entire economy wherein brands must pay real money out of growing but piecemeal marketing budgets. But for influencers it’s not as simple as posting and getting a cheque — a great deal of leg work, much of it unpaid, has to happen in between.

The move of marketing dollars to influencers makes a great deal of sense. According to Tribe Dynamics, 90 percent of brands have increased their earned media budget (which includes influencer marketing) in the past five years. Whereas the cost of placing an advertisement on a page of British Vogue starts at £28,000, an influencer with over 1 million followers — with a measurable ROI and a more engaged fan base — charges around $15,000 per Instagram post. They also help tap into “Generation Next,” or the elusive young demographic whose inspiration comes from scrolling on their phone instead of perusing magazines.

It’s not as simple as posting and getting a cheque — a great deal of leg work, much of it unpaid, has to happen in between.

“It’s a natural path that all brands are taking,” says Pernille Teisbaek, co-founder of influencer marketing agency Social Zoo, which manages influencers like Emili Sindlev and Jeanette Friis Madsen. “They are looking at their marketing budgets and seeing where the youth is going.” Many of them no longer see ROI from traditional advertising and follow the path of influencer marketing in a bid to increase brand value. But as the power of influencers rises, so does the need to subsidise collaborations with money.

Even the most prominent elite of the European brands, like Chanel, are “starting to pay for collaborations, because they see it is necessary to reward the people who work with them,” says Teisbaek. Brands that could at one time use their heritage as capital for association, are no longer able to simply supply gifts and trips. For stylist and consultant Leaf Greener, “A brand giving me a bag is not the same return on investment for the creative work I produce for them.” Louis Vuitton, Dior and Gucci have also been confirmed to engage in paid collaborations with influencers.

And yet not every influencer-brand interaction is compensated. “Luxury brands will try to balance out the payments with event attendance and similar events,” says influencer Doina Ciobanu. “They will pay once in a while for a commercial project, but for the rest of the time will want you to support the brand [through smaller projects like dinners, fashion shows and gifting].” 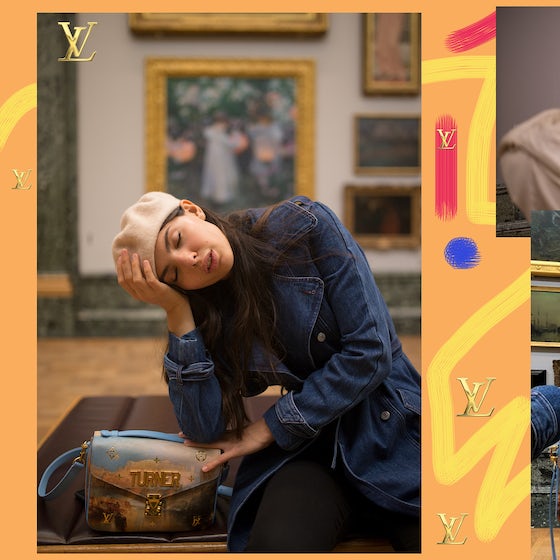 Indeed, among the top quartile of EMV (earned media value)-generating brands, all of them conducted product sends, three-quarters hosted influencer events and half planned getaways, according to Tribe Dynamics. As a rule of thumb, commercial collaborations come with a set budget, while the trips, fashion shows and dinners all form part of relationship-building. “It’s not to say every time an influencer and a brand work together that there’s money, but if it’s a formalised project there will be some form of payment,” says Max Stein, managing director at Brigade, an agency providing management to creatives.

For influencer marketing and talent agents, striking the balance is essential. “Of course there is money,” says Jennifer Powell, founder of her eponymous talent management agency. “But the talent I represent need to do things unpaid, and engage daily with things that are unpaid, to [support] the integrity of their feed.”

In particular, micro-influencers (those who rack up thousands, not millions, of Instagram followers) still work with brands mostly on an unpaid basis, since placing a luxury heritage brand’s name on an influencer who isn’t well known will elevate her image and standing. Usually, this is the only compensation required. It is only after an influencer reaches a certain stage — or certain number of followers and engagement — that paid collaborations begin.

But in all cases, authenticity is key, and the consensus is that long-term relationships are crucial. “There’s no more than 10 brands that I truly like and I’ve been working with them on a close relationship for years,” explains Heilbrunner. Indeed, luxury brands frequently have a cohort of influencers they work with on a regular basis for large and small-scale projects alike. “I'm specifically looking for long-term partnerships where I essentially marry a brand,” says Danielle Bernstein, one of Powell’s clients who has racked up 1.7 million Instagram followers. “One-off posting is a thing of the past.”

Collaborating across various projects builds up brand authenticity for the consumer.

When influencer-brand aesthetic converges, collaborating across various projects builds up brand authenticity for the consumer. It seems more genuine if one in five interactions is paid, while the other four (cue Instagram posts of dinners or brand trips) happen because the influencer likes the brand enough to participate on a larger level. Whereas the latter will go unpaid, “there needs to be some compensation or a money stream at some point,” Heilbrunner says.

While luxury brands do indeed pay, they may do so through beauty licensees or third-party agencies. Chanel, for instance, is composed of an apparel business and a beauty licensee. A paid collaboration (anything from an advertising campaign to paid banners on a site) will most likely come from the beauty side — a new fragrance or makeup line — whereas the influencer will attend the brand’s shows at fashion week, and receive clothes or accessories to wear and advertise, with no direct payment.

Luxury brands will only pay once an influencer has reached a certain stage in her career, and largely on an ad-hoc basis, dependent on whether a project is commercial or editorial. “But that’s not a good reason enough not to pay a fee,” argues Heilbrunner. Echoing her view, “It’s the responsibility of influencers to make their own rules,” says Ciobanu. “More brands would start paying [for everything] if we were all to push for it.”