Luxury brands and retailers have been transforming stores into home-like spaces to build deeper connections with customers. Now fast-fashion is following suit.

Luxury brands and retailers have been transforming stores into home-like spaces to build deeper connections with customers. Now fast-fashion is following suit.

LONDON, United Kingdom — Tucked away on Lexington Street in London's Soho district is a bright ground-floor space, minimalist in design, yet sophisticated in taste. A set of Pierre Jeanneret “Clerk” chairs stand beside a Yves Klein table artfully covered with vintage copies of World of Interiors magazine, while there are hanging mobiles by artist Manuel Marín and Picasso plates. The same Klein table displays velvet gold tassel mules by up-and-coming label Sanayi 313, while rails are sparsely filled with designs pieces by Isa Arfen and Issey Miyake’s pleated dresses. You'd be forgiven for mistaking this as a cool friend's enviable apartment. In fact, this is Alex Eagle Studio, where everything is for sale.

“The idea was that it was like shopping from my apartment,” says Eagle of the store, whose downstairs space often hosts designer and book launches, brand events and art shows. “We want it to feel like a space that’s used. The last thing we want is for it to feel sterile.” Eagle is also creative director of The Store — an on-site shop at SoHo Farmhouse in Berlin and Oxfordshire, as well as at 180 Strand — which was explicitly designed not to look or feel like a store, but instead, act as a creative hub for like-minded creatives by offering a social space and sometimes partnering with art galleries. “People come, plug in their laptop and stay all day. At the end, they might go and buy a coat or a jumper from The Row.” 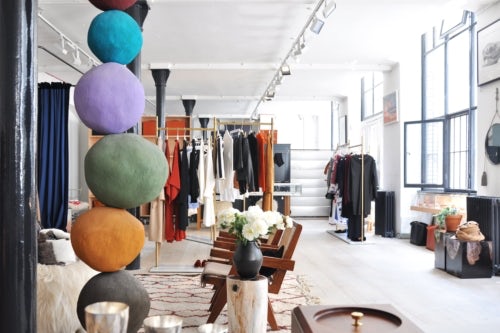 Alex Eagle Studio is just one of several apartment-style boutiques that have opened their doors in the past two years. Moda Operandi, Sézane, Kitri and Peter Pilotto are just a few of the brands and retailers that have been presenting their stores (or in some cases pop-ups) as carefully curated homes. “The trend for residential-style stores began at the end of 2015 when brick-and-mortar stores began to raise their experiential game,” says Laura Saunter, retail editor of WGSN Insights, a trend forecasting firm.

“It’s about understanding things in context, and in domestic settings,” adds Katie Baron, head of retail at Stylus, an innovation research company. “While a few years ago it used to be about establishing an identity that you can roll out to numerous places, the point of apartment stores is a sense of localisation and curation,” she continues. “The key [to a successful retail store] is immersion, intimacy and a sense of brands needing to [offer] a whole lifestyle.”

Marin Hopper opened her flagship store in a turn-of-the-century Upper East Side townhouse in 2015, where she not only sells her widely-admired Hayward bags and unisex line Hopper, but also lives with her family. Drawing on her Hollywood heritage — she is the daughter of late actor and director Dennis Hopper and actress Brooke Hayward — the space features floor-to-ceiling woodwork, plush sofas and bookshelves, designed for customers to interact with merchandise at a slower, more tranquil pace. She also collaborates regularly with artists and writers.

“It’s a very old-school philosophy,” says Hopper. “As much as we all like to go on the internet, we all still want to go someplace that inspires us. The storytelling is a big part of customers wanting something.”

The key is immersion, intimacy and a sense of brands needing to offer a whole lifestyle.

To be sure, these kinds of spaces are not just about selling. “It’s an effective way for brands to sell that inspirational lifestyle and incite that emotional connection, which will, in turn, get loyalty,” says David Roberts, senior project manager at visual merchandising firm Prop Studios, which counts Levi’s and Selfridges as clients. “It’s how they project what tribe they belong in.”

That’s exactly what The Line’s creative director Vanessa Traina was going for when she launched The Apartment, the e-commerce site’s physical space located in a third-floor loft in New York’s Soho. Complete with a kitchen, dining room bedroom and bathroom — all filled with for-sale items, down to the art — The Apartment has since expanded to Los Angeles with a similar concept.

One thing these stores often have in common, apart from their apartment-like design, is what Prop Studios' Roberts calls “generosity of space.” Empty, breakout spaces give customers space to relax, rather than packing square footage with product. It is “the place where you feel no pressure and which is very welcoming — like your house — where you don’t feel like you have to shop, you just want to hang out there,” says Morgane Sézalory, the founder of French online brand Sézane. L'Appartement, the physical extension of the label in Paris and New York, has sell-through rates of over 90 percent. 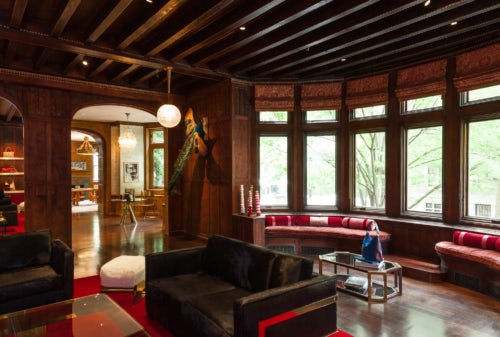 Often, these stores take the idea of sparseness to heart, only stocking a minimal amount of the product they sell. Consider Moda Operandi’s showrooms in London and New York, whose personal shopping experience for VIP clients is set in a townhouse concept — designed for a “woman who is accustomed to shopping online and finds department stores or boutiques a bit old fashioned and time-consuming,” Lauren Santo Domingo, co-founder of Moda Operandi, tells BoF.

For a high-net-worth client whose home may be designed by Peter Marino or Jacques Grange, the bar is high. At Moda Operandi’s showrooms, in-store merchandise is scarce — unlike neighbouring Madison Avenue stores — with few key pieces on display. Instead, selected items are shown to customers according to their online shopping habits. Santo Domingo says both spaces became profitable within nine months.

Apartment-style stores can also function as hubs for community building. “When customers feel part of a brand community, it builds a certain loyalty as the brand has a human face that feels friendly and engaging,” says Jason Traves, co-founder and chief creative officer of Lucky Fox, a visual merchandising company that works with Coach and Harrods. “Once you have bought into the brand lifestyle, you are then more likely to buy more product and become a regular customer.”

Kitri, an online-only retailer which in September opened its first apartment-style pop-up store in London's Marylebone, saw sales jump immediately. “What gives a better sense of the brand, more than just having a beautiful apartment-style store, is having an activeness about the store,” says founder Haeni Kim. Late-night shopping events and talks by influencers have built a tight community and physical touchpoint around the brand. In the most recent event, “we ended up sitting down on the floor in the changing rooms, having a drink. It turned into a bit of a party,” she says.

Peter Pilotto aligned the opening of its pop-up store in South Kensington with London Fashion Week and Frieze to harness the influx of visitors from the art and design communities, and line up in-store events accordingly. The pastel-coloured space not only sells the collections, but also antiques from Schmid McDonagh and special glass pieces from Jochen Holz, among others. “[It’s] the idea of a house, not of shop per se,” says Pilotto, co-designer of the label. “Our customers follow fashion as much as they follow design and art, and it is a unique experience to see all of these three worlds blend together in one address.” 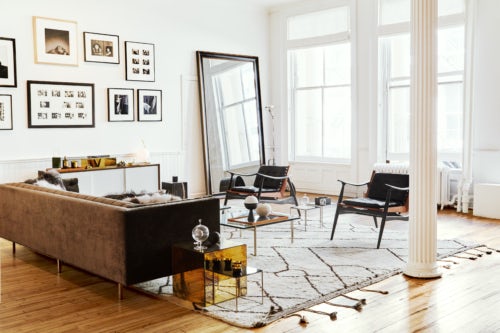 The Apartment by The Line | Source: Courtesy

Now, fast fashion is getting into the apartment stores game. With 84 retail outposts around the world, 38 of them in Spain alone, Inditex-owned Uterqüe's Barcelona flagship, which is designed to look more like a “designer apartment” than a store, features sculptures from the '50s, Persian rugs and bespoke French antiques. Unlike its Inditex counterparts, Uterqüe is also publishing an art book, and there are plans to remodel select Spain-wide stores in this fashion. It recently tapped designer and influencer Giorgia Tordini to front a collection.

“In a way, they’re playing the game quite well,” says Stylus’ Baron. “Fundamentally you’re not going to get huge differentiation [if you’re a fast-fashion brand], whereas with this there’s a sense of localisation.”

But while apartment stores may hit the mark when it comes to visual merchandising, authenticity and community-building remains core to an effective strategy. “People are very smart and they get it’s not been personally curated,” says Prop Studio’s Roberts. “If you go into the same apartment 50 times then it becomes a luxury high-rise developer version of an apartment, it loses its bespoke feel.”