The Murky Business of Feel-Good Crystals

Fashion and celebrities have embraced crystals as a trend, but behind their shiny charm and feel good vibes lies a shadowy, unregulated industry and a rocky relationship with the environment.

The Murky Business of Feel-Good Crystals

Fashion and celebrities have embraced crystals as a trend, but behind their shiny charm and feel good vibes lies a shadowy, unregulated industry and a rocky relationship with the environment.

NEW YORK, United States — At their recent New York Fashion Week presentation for The Row’s Autumn/Winter 2018 collection, Mary-Kate and Ashley Olsen gifted guests pouches containing individual healing crystals (specifically, black tourmaline to keep negative energies at bay, and white clear quartz to promote harmony and balance). Even just a few years ago, such goody bags might have raised eyebrows, but this season’s attendees went right along with the offering. It was, as they say, good vibes all around.

These days, countless celebrities rely on crystals and healing stones such as amethyst, agate — two varieties of quartz — tourmaline and onyx, to name a few, for their supposed positive benefits: Miranda Kerr, Kim Kardashian, Katy Perry, Adele, and of course, the aforementioned designers, are all self-professed stone carriers. As far as trends go, crystals are booming, most profoundly as identifiers of the new New Age-y mind-body-soul movement that’s taken hold of our zeitgeist. From the crystal-lined floors at fitness guru Taryn Toomey’s New York studio, to gem-infused water carafes, to crystal subscription services — not to mention all the ubiquitous bowls of small polished stones set out as impulse buys at popular retailers such as Free People — crystals are the new “It” item. And yet, despite all the attention, there’s been little exploration of their provenance and collection.

“Knowing the lineage of a crystal is somewhat akin to knowing where the meat you’re eating came from, or certifying that your engagement ring isn’t a blood diamond,” explained Colleen McCann, an LA-based energy healer (and a “spiritual contributor” to Time Magazine). Her book “Crystal RX: Daily Rituals for Cultivating Calm Achieving Your Goals, and Rocking Your Inner Gem Boss” will debut in November.

Knowing the lineage of a crystal is somewhat akin to knowing where the meat you’re eating came from.

As a subset of the larger gemstone industry, the business of crystals has been tricky to quantify in terms of dollar amount. Dennis Tanjeloff, owner of Astro Gallery of Gems in Manhattan, the world’s largest gallery of gems, meteors, and fossils, estimates that the figure hovers in the $1-1.5 billion range. Astro Gallery’s inventory includes thousands of specimens ranging from $10 stones, to museum-quality pieces fetching as much as $1 million.

In recent years, Tanjeloff says he’s seen a steadily climbing interest in crystals from consumers of all sectors: fashion, decor, wellness. To replenish his stock, he spends most of his year traveling to personally verify and purchase pieces from sources, the countries of which are in listed alongside each item’s description (both online and on site).

Crystals exist on every continent of the planet — including Antarctica — often in concentrated areas. Mount Ida, Arkansas, commonly referred to as the “Quartz Capital of the World,” produces some of the highest-quality clear quartz worldwide, while Brazil and Madagascar are also well-known sources. Obsidian, on the other hand, can be found in regions that have experienced volcanic eruptions, countries as varied as Argentina, Greece, Iceland, Japan and New Zealand. Speaking scientifically, a crystal is a three-dimensional, geometric formation of molecules, the well-ordered symmetry of which form a lattice; they range from snowflakes, to salt to chunks of pyrite. The trending crystals, the ones people look to for supernatural powers, are often semi-precious stones (from amethyst to zircon), which in clear, cut and faceted, finished states can be considered gemstones. Man-made crystals, aka “lab-grown crystals” exist too, however they currently constitute a small percentage of the overall market. (Furthermore, in the US, the Federal Trade Commission requires that any gem material produced in a laboratory for commercial use be described in a way that discloses this fact.) 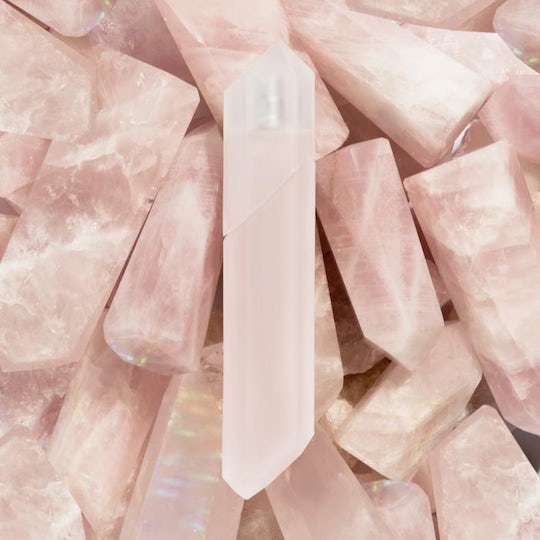 But beyond the country of origin, a crystal’s journey from mine to market should be just as equally considered. “I always ask store owners where they get their stones, how they harvest them, and if they know any physical history about the stone,” said McCann. She had just returned from her first trip to the annual Tucson Gem & Mineral show, an epic, city-wide locus for gem dealers, buyers, and geology buffs held every winter, and the largest of its kind in the United States.

McCann incorporates crystals in her sessions with clients, and also offers a crystal subscription service comprising a mailed delivery of three season-specific stones, each of which she handpicks. “I have relationships with vendors, stores, and mines that I’ve come to trust,” she said of her sourcing. Each of McCann’s deliveries come with documentation that she’s vetted them for quality, although it’s an act of good faith. “It gets into the ‘honour system.’ You just have to build that brand trust,” she added.

Not every seller is as careful as McCann claims to be, especially when it comes to mass quantities purchased from wholesale importers where the focus might be on cost versus supply chain traceability. Much like diamonds and other precious gemstones, crystal mining occurs throughout the world, and is mired in its own share of conflicts. Underage labour, low wages, unsafe health and safety conditions for workers, as well as environmental and sustainability issues (mines by nature are unsustainable, and crystals are non-renewable resources), are all major concerns, And yet there’s currently no governing body requiring accountability nor regulation of the industry, an ironic blemish on an industry supposedly rooted in feel-good vibes.

The age-old system for trading in gems and stones has been one based on exploitation and secrecy.

As McCann indicated, the onus rests on the buyer to ask the right questions — and hope for honest answers. However, the lack of transparency and information from the start hinders less-informed consumers from even knowing the right questions to ask: country/region of origin; conditions of the mine; was the crystal cut from a larger formation; and if applicable, where was it treated and polished?

With instances of small-scale mining operations, personal relationships with the mine owners themselves can be integral means to ensuring ethical sourcing. McCann purchases rutilated quartz (a golden-hued stone known for its supposed cleansing and purifying effects), solely from Brian Cook, a mine-owner and geologist.

According to Cook, the age-old system for trading in gems and stones has been one based on exploitation and secrecy. “The model has always been: ‘I’m an adventurer, I’m going to run into some people who have a valuable rock or gem and they don’t even know what it is. I’ll just pay whatever I can get it for, take it back and sell it for tons of money, and I won’t tell anyone where it came from,’” he said.

But that model is evolving from both directions: the top-down (retailers), and the ground-up (mines and labourers). Cook also consults as a specialist for the Dragonfly Initiative, a UK-based firm hired by brands such as Bulgari, Cartier, Swarovski, Tiffany & Co., and Van Cleef & Arpels to support social responsibility strategies, and provide due diligence assessments of their sources. 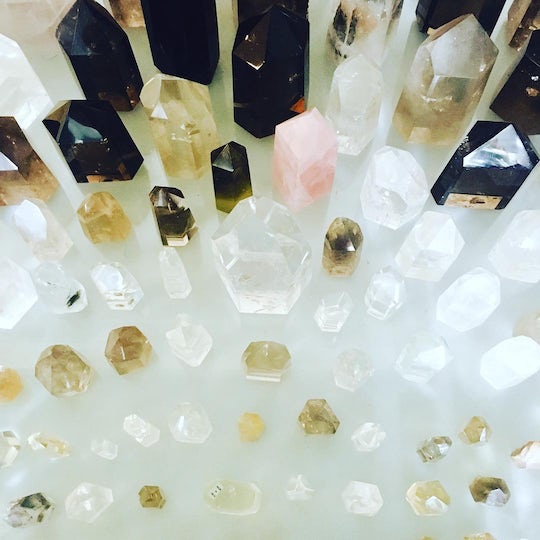 “The large companies understand that their corporate social responsibility (CSR) and their impression with the public is important, so they’re pushing from the top to find out how to do that, what are the rules — which is tricky. The rules are not in place yet. We’re working at it, though,” he explained. “Tiffany deserves a shout-out as one of the first major brands to push for this.”

As a mine owner, Cook also works at the other end of the spectrum. For the past 15 years, he’s made efforts within his mining region of Bahia, Brazil to formalise land and mining rights for owners and workers, resulting in the formation of cooperatives, easier navigation through bureaucratic processes, training in stone cutting, traceability of stones and the introduction of sustainability initiatives. Investing in food production and tree nurseries, for example, brings another source of income to the area. “When the stones run out, there’s still an activity feeding the people,” noted Cook. Safety measures and equipment such as hard hats and dust masks are now commonplace, as well throughout the Bahia’s mines.

As the market swells to meet unwavering demand, what does this mean for the transparency and the future of sourcing? According to Cook, processes towards standardised regulations and documented authentication are afoot. “It’s already happened with food and clothing. Our industry’s a little late to the game. It’s a complicated business because it’s made up of global players, traditions, families and generations,” he explained. In the meantime, independent entities such as the Dragonfly Initiative remain imperative for helping high-exposure retail brands spread their good vibes and lead by example. And consumer inquiries will make a significant impact towards long-term “enlightenment” on the market too.

Tracking the Rise of ‘Clean’ Beauty