The Year Ahead: Trade Reshaped by Uncertainty

The apparel trade could be reshaped by new barriers, trade tensions and uncertainty. However, there may also be new opportunities from growing South-South trade and the renegotiation of trade agreements.

LONDON, United Kingdom — Fashion is inherently sensitive to the policies and politics that shape cross-border trade. Recent talk of trade shifts between the US and some of its key trading partners has brought the issue to the fore. At the same time the axes of global trade are shifting, amid a surge in commerce between emerging economies in the Global South. The dynamics may lead to a rethink of sourcing and pricing strategies in the year ahead.

As 2018 ends, fashion companies find themselves in a cross current of trade-related news flow. A sharp rise in trade tensions between the US and other large economies seems set to increase costs for some players and increase the risk of disruption. At the same time, new trade agreements promise better trading conditions in certain instances. In the US, the fashion industry accounts for 6 percent of imports but pays 51 percent of tariff receipts, so the tariffs issue is critically important. In addition, with new tariffs coming into force on goods from China (including leather clothing, woven fabrics and wool yarn), there is a direct feed-through to the consumer. Companies such as Samsonite and Gap, which have large manufacturing operations in China, have said they plan to raise their consumer prices. Still, while the US and China are raising tariffs against each other, China is at the same time trying to make some imports cheaper. 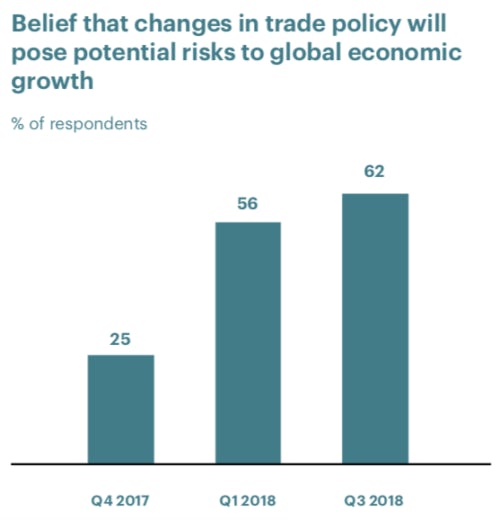 A Chinese government decision to cut import duties led LVMH to reduce prices by 3-5 percent in July on some items sold in China. In September 2018, China announced it would reduce tariffs for textiles and construction materials from 11.5 to 8.4 percent. Any reduction of tariffs usually must be offered to all countries equally under World Trade Organization rules, but China said US goods would still be subject to retaliatory tariffs.

Despite some of the positive developments in trade, the dominant theme over 2017 has been tightening of trade conditions between specific partners. For the G20 economies, there were $74 billion of restrictive measures in May 2018, compared with $47 billion in May 2017, a rise of 58 percent. Trade-facilitating measures, which include eliminating or reducing tariffs and simplifying customs procedures, meanwhile, fell from $163 billion to just $83 billion, a 49 percent drop. Consumers are also noticing more gloomy trade sentiments: Google searches for the words “trade war,” “trade tensions” or “tariffs” are at the highest level for at least five years, after growing by a factor of 10 this year. The IMF, meanwhile, predicts rising tariffs and the ensuing escalation of trade tensions could reduce global economic growth by 0.5 percent by 2020.

Perhaps unsurprisingly, executives are becoming concerned, and increasingly cite trade relations as a major worry for the coming year. McKinsey’s Economic Conditions Snapshot in September was the second in a row in which trade policy was cited as a threat to global economic growth. 62 percent of respondents said it was their number one concern, up from 56 percent in March 2018.

A related issue is Brexit. A report by the UK Trade Policy Observatory suggests that, due to its high level of exports, reliance on international talent and dependence of raw materials from abroad, the UK textiles, apparel and footwear industry will be one of the hardest hit in terms of the impact of the UK leaving the European Union in March 2019. Some 63 percent of clothing designers and 55 percent of UK-based luxury goods makers are involved in exports and around 10,000 EU citizens are employed in the UK fashion industry. This explains why some 80 percent of respondents from Fashion Roundtable, a lobbying body formed to advise the UK government on matters relating to Brexit respondents, said that they felt Brexit would be bad for fashion in the UK and EU. The prospect of Brexit has also started to impact fashion companies in other countries, particularly those being paid in sterling, which has fallen by around 12 percent against the Euro and 10 percent against the US dollar since the Brexit referendum in 2016.

Rising tariffs and the ensuing escalation of trade tensions could reduce global economic growth by 0.5 percent by 2020.

Against this backdrop in Europe, the US fashion sector is also facing trade-related risks. According to the United States Fashion Industry Association’s 2018 Fashion Industry Benchmarking Study, “protectionist trade policy agenda” in the US is the number one business challenge. Before 2017, it never ranked higher than eight. The US has announced tariff hikes on $200 billion of goods from China including clothing. To highlight the proactive stance taken by some fashion players, American Apparel & Footwear Association (AAFA) at the end of May published a letter signed by 60 US labels (including Abercrombie & Fitch, Kate Spade, Levi Strauss, Macy’s, Nike and Under Armour), arguing against increased taxation of Chinese textile and apparel imports.

Some fashion companies have begun to reconsider their presence in, and exposure to, countries where tariff barriers could further increase the cost of doing business. Wolverine World Wide, Puma and Steve Madden are among companies which stated they would consider moving production out of China. Many companies had begun this process before the trade tensions mounted, but they cite the recent developments as a tipping point.

McKinsey’s 2017 survey of 63 international chief procurement officers suggested that China’s share of apparel exports is likely to continue falling, although trade tensions are just one of several factors driving this downward trend. Some 62 percent of respondents said they expected China’s share of their companies’ sourcing to decrease between now and 2025. Trade data shows that these plans are now becoming reality: a marked and ongoing shift is underway in the apparel industry’s sourcing markets, with new emerging markets increasing their share compared to China. 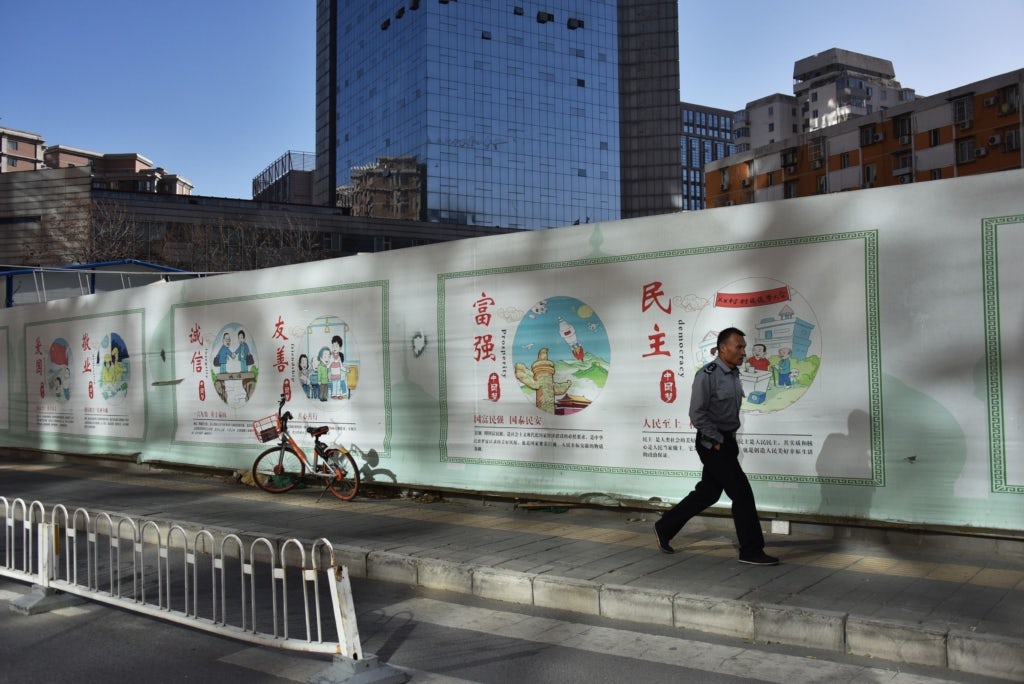 Still, while China might have passed its manufacturing zenith in apparel, it will likely remain an indispensable sourcing market for some time to come. While concern over trade tensions is rising, there are also positive dynamics, with new agreements being put in place and new trade routes being developed. The EU has recently entered into new agreements including clothing and apparel with Canada, Mexico, Japan, Singapore, Vietnam and several countries from Eastern Europe.

In September 2018, Canada agreed to join the United States and Mexico in a trade deal that will replace the North American Free Trade Agreement. In addition, South-South trade is on the rise, amid expectations it will increase from around 25 percent of global trade at present to around 30 percent in 2030. Already, significant new relationships are emerging. China’s expansive One Belt, One Road initiative, which involves large investments in the development of trade routes in the region, has the potential to play a large role in this development.

Finally, the Comprehensive and Progressive Agreement for Trans-Pacific Partnership (CPTPP) and Regional Comprehensive Economic Partnership (RCEP) will enable more free trade between Asia and South America and within Asia. RCEP members export around $405 billion of textiles a year (more than half of the global total) and import around $115 billion, so the agreements will have a significant economic impact.

Overall, we expect trade-related forces will drive two key dynamics in 2019. Escalating trade tensions will see international brands rethink their sourcing strategies, perhaps to the benefit of countries involved in newly-negotiated trade agreements. A further increase in South-South trade, especially between emerging APAC countries, is likely. Fast fashion, which depends on short lead times, will need to find new strategies to maintain delivery speed and production quality, for example through near-shoring or even on-shoring. Still, tough commercial decisions will be required in the face of tariffs in key consumer markets. Luxury players, especially those that derive most of their income from China or the US, may be required to choose between raising prices or managing squeezed margins.