The photographer has spent the last decade of his life observing clothes through a lens. Now, he’s designing them.

The photographer has spent the last decade of his life observing clothes through a lens. Now, he’s designing them.

PARIS, France — Growing up in the suburbs of Toronto, Tommy Ton didn’t want to be famed street style photographer Bill Cunningham. He wanted to be a designer.

Fate, however, had other plans. In 2005, he launched Jak & Jil, which was originally conceived as a lifestyle website but soon morphed into a platform for the images he captured of industry insiders attending fashion week. Shooting outside of the venues at runway shows offered him a short-cut into that rarified world. It helped that Ton was naturally talented, too. Shy and unassuming, he developed a genuine rapport with his subjects, one that could be easily seen in the images he published.

A decade later, Ton remains one of the world’s preeminent street style photographers. But the world has changed. While street style photography remains a tenant of modern fashion publishing, it has become commodified due to an oversupply of imagery flooding the market. It has also become more calculated, as many of the women Ton and his cohorts turned into stars have transformed into subjects paid by the brands to wear their wares. 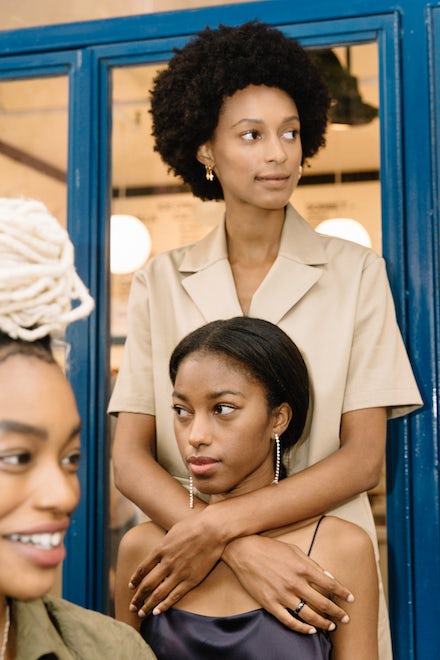 Three years after announcing that he would operate as an independent entity instead of joining Vogue Runway, the channel on American Vogue’s website that holds the remnants of his former employer, Style.com, Ton is moving further away from his day job in an effort to achieve what he set out to do in the first place.

This year, Ton joined New York-based independent label Deveaux as its artistic director, moving in a direction few could have predicted. Co-founders Matthew Breen, who owned the now-shuttered menswear store Carson Street Clothiers, and Andrea Tsao, who previously worked for menswear designer Michael Bastian, linked up with Ton earlier this year. He led the conception of Deveaux’s first women’s collection, which debuted at New York Fashion Week in September.

The path to Deveaux, where he has accepted an equity stake in the company in lieu of salary, has not been without its challenges. Ton, in many ways, is disillusioned with the fashion world, where he says that publications will often pay amateur photographers just 10-25 cents per street style image. While his intention when leaving Style.com was to shoot primarily for his own site, complemented by work with brands, the latter often took precedent over the former. For the past six months, work has slowed.

“The landscape is just all over the place now,” he said over tea at the beginning of Paris Fashion Week, where he had just finished up shooting exits from Jacquemus’s late-afternoon show at the Italian Embassy. A group of younger photographers sit at a table nearby, ogling Ton as if he’s the Anna Wintour of their tribe.

“Fashion has always become a business, but now more than ever things have become so much about numbers,” he said. “I’m not the only one to feel less of a connection to fashion. Everyone is tired, and nobody is excited about it.”

Fashion has always become a business, but now more than ever things have become so much about numbers.

Enter Deveaux, which was in need of a stronger creative lead when Ton began discussing the project with Breen and Tsao, a classically trained designer who considers herself more of a behind-the-scenes executor. “We struggled with finding our voice,” she said. “Tommy is on the streets, going to shows, seeing what people are wearing and visiting stores. He’s doing the market research.”

“I’ve wanted to design since I was a teenager, but obviously having the resources to start your own brand is difficult,” Ton said. “It just came naturally to me, having watched so many people for so many years.”

Deveaux markets itself as an American-made luxury brand, and Ton sees the project as an opportunity to wardrobe some the women with whom he has formed a bond outside of the shows. (They tend to wear plenty of Celine, and he even hosted a cocktail party for them a few days later commemorating former designer Phoebe Philo.) 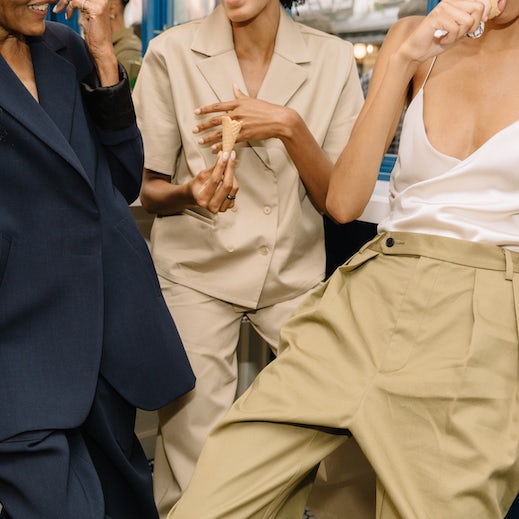 The debut collection, a line-up of essentials that Ton calls “real” clothes, will be sold at Moda Operandi come autumn. There are silk camp shirts, khaki cargo trousers and drape-neck satin blouses: the antithesis of the look-at-me fashion so prevalent outside of the shows.

But Ton in no way believes the peacocking has peaked. “It’s worse and worse,” he said. “The thing is, that’s part of the business now. Everything is so controlled. It’s a marketing exercise.” As a result, many of his favourite subjects have disappeared from the fashion-month grind. Buyers and editors are now forgoing runways for showroom appointments instead. And he doesn’t foresee a reversal of the trend.

The same goes for traditional image making. “The sad thing is, I think it’s done,” Ton said of fashion publishing. “Really. When I started, everybody was so reluctant about digital media. Now when you look at the kind of content these magazines are trying to feature, it’s all about the Instagirls, it’s all about Cardi B and what she wore to a show. Where’s the substance? I felt like I could join the party in the beginning, but now this is just a rave.”

That’s not to say Ton has given up on fashion altogether. Along with his work at Deveaux, he’s still collaborating with brands — this week, he partnered with Dries Van Noten, among others — and he’s hard at work on his first film project, the topic of which he prefers to keep under wraps. “It’s a story that I’ve wanted to tell for so long,” he said. Here’s to evolution.

The Business of Blogging | Tommy Ton