In 2018, Asian players will assert their power and leadership even more through pioneering innovations, global-scale investment and expansion.

LONDON, United Kingdom — The global fashion market’s centre of gravity has long been shifting East. Asian economies have experienced strong economic growth; GDP growth in Asia remains much higher than in Europe and the US. Accompanying this growth is the rise of Asian consumers’ fashion expenditures. Asia-Pacific is already established as one of the most important regions for the global fashion business, and according to the McKinsey Fashion-Scope the region is projected to account for almost 40 percent of global apparel and footwear sales by 2018. The Asian online apparel market alone is projected to reach $1.4 trillion by 2020.

But Asia’s influence is growing not only because of its role as a battleground for sales and new consumers. The region is increasingly the source of technology innovations. Asia now boasts two-thirds of the world’s 45 e-commerce unicorns, and China is one of the world’s most active digital investment and startup environments. China’s unique digital ecosystem continues to spawn giants such as news aggregator Toutiao, which like other online leaders such as Baidu, Alibaba, and Tencent, offers advanced solutions and local innovations. The pace of innovation is spurred by China’s uniquely-demanding consumer landscape where 20 percent of internet users rely on mobile alone to access the internet, compared to just 5 percent in the United States. The phenomenon of digitally-savvy consumers is not limited to China. Ninety-five percent of APAC’s 1.5 billion social media users access social media via mobile devices, the highest rate globally. 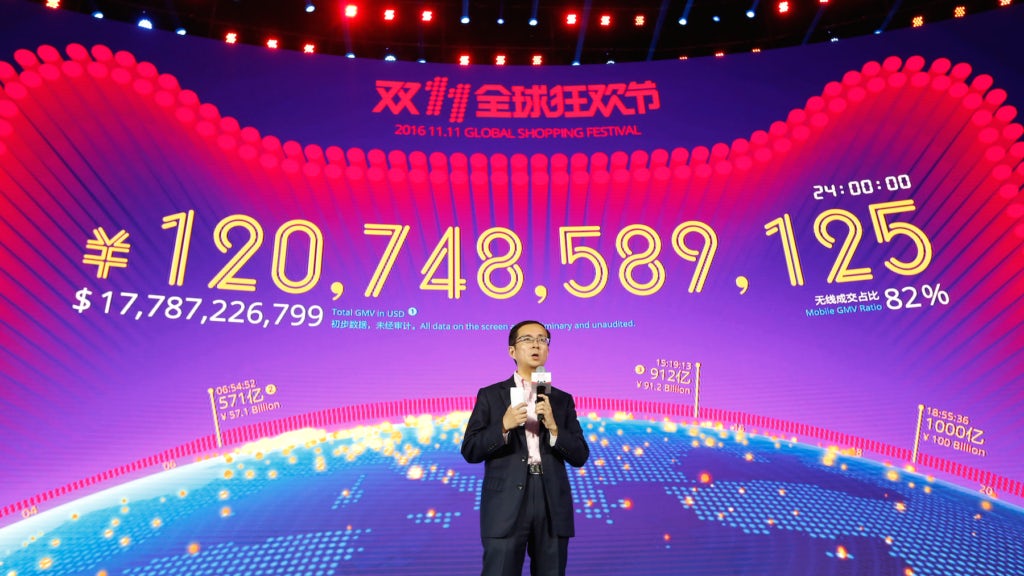 The innovation leadership fostered by this environment reaches far beyond China’s borders. The country’s outbound investments amounted to 14 percent of all global venture capital investments outside China in 2016, and the top Chinese internet companies made almost twice the number of overseas deals as US peers. We expect to see Asian companies continue to introduce new technology and business model innovations to the global fashion industry in 2018. A case in point is WeChat, already taking China by storm by employing the Chinese tradition of red envelopes to grow its payments user base. In addition to messaging, users can use the app to shop or call a cab, paying for those activities using the app’s platform. The app employs both social interaction and gamification that get users to send payments to each other — for fun. Western players like Facebook and PayPal have emulated some of WeChat’s many features but have not yet adopted all of them. Asian companies’ lead on innovation and digitisation can also be witnessed in the fashion industry, from Chief Purchasing Officers in McKinsey’s 2017 Apparel CPO Survey ranking China highest in sourcing digitisation, to Japanese brands such as Issey Miyake, long known for experimenting with technology to drive materials innovation.

In 2018, more Asian brands will leap onto the global fashion scene. Asian fashion players are already beginning to increase their presence and influence globally. This year, Gentle Monster from Korea attracted investment from LVMH-backed private equity firm L Catterton Asia, and Anita Dongre, the Indian brand that is backed by General Atlantic, opened a store in New York. More designers from Korea, India, China and Japan are displaying their wares at fashion weeks in Europe and the US.

Asia now boasts two-thirds of the world’s 45 e-commerce unicorns, and China is one of the world’s most active digital investment and startup environments.

Another way Asian players are expected to assert their power is by reversing the old global expansion pattern of Western companies moving eastward, to Asian companies moving outbound. Some companies will follow the lead of Urban Revivo, a Chinese fast-fashion player making inroads in Europe. Outbound Asian investment is also expected to take the form of increasing ownership stakes in international fashion companies. Recent examples include JD.com’s investment in Farfetch, and the acquisition of both Italian Cerruti and Gieves & Hawkes by Hong Kong-based Trinity, which later embarked on an ambitious expansion program in the UK and China. Top positions at the acquired companies will more frequently be filled by Asian leaders.

Asian fashion companies’ international ascendancy will go beyond sales and customer engagement, and move into infrastructure and other assets. Many Asian companies are already making large investments in Africa to develop new apparel sourcing hubs to take advantage of lower labour costs and proximity to both raw materials and consumer markets in the West. For example, the recent interest in Ethiopia as a sourcing destination is partly driven by Asian companies, with more than half out of the 124 foreign investors that expressed an interest in Ethiopia’s textile and clothing sector during the first quarter of 2017 being Chinese; and many Chinese, South Korean and Indian companies are already making investments in the country. Yuemei Group is one example of a company that has moved significant production to Africa. Such strategic investment to secure access is only likely to grow as Asian companies increasingly look outward and take a more central position on the global fashion stage, with some surpassing their Western peers in terms of innovation, investments and expansion.