As members of the French fashion elite assembled in Hyères, the conversation often turned to the growing push-and-pull between the luxury sector and its populist critics.

As members of the French fashion elite assembled in Hyères, the conversation often turned to the growing push-and-pull between the luxury sector and its populist critics.

A look by Christoph Rumpf, the winner of the Hyères festival's top prize | Source: Courtesy
Share
1 Comment
By Laure Guilbault May 1, 2019 05:20

HYÈRES, France — The sun was shining as members of the French fashion elite assembled here in the south of France, at the early-modernist Villa Noailles, to select the winners of the 34th International Festival of Fashion and Photography in Hyères. But dark clouds hung over a country that has been roiled by populist protests targeting President Emmanuel Macron’s pro-business agenda, pushing his approval rating down to 29 percent.

“I am among those who still believe in Emmanuel Macron. He’s smart and generous, he’ll find a way,” said Jean-Pierre Blanc, director of the festival. Meanwhile, in Paris, five hundred miles to the north, Macron was presenting the conclusions of the “great national debate” launched in response to the protests. While he promised to make government reforms to appease the Yellow Vest movement’s call for greater economic equality, the political opposition immediately pounced on him for offering too little. 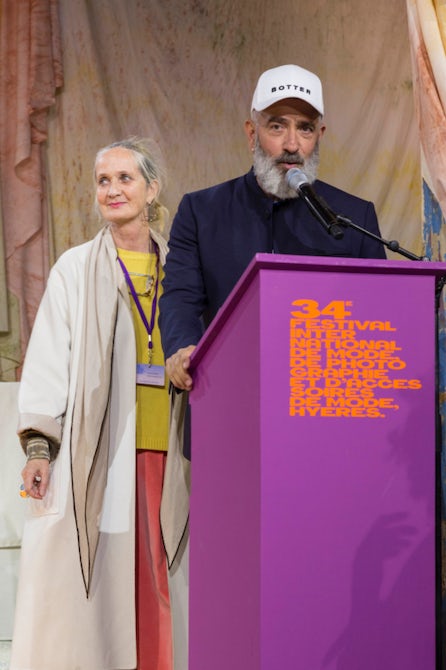 And only weeks before the upcoming European parliamentary elections on May 23, Marine Le Pen’s far-right, anti-immigration and Eurosceptic party Rassemblement National is almost neck-and-neck in the polls with Macron’s La République En Marche.

The country’s luxury industry, a symbol of wealth inequality, has also come under fire, with protestors attacking upscale boutiques on some of Paris’ most famous avenues. There is concern that May 1's International Workers' Day, which is a strictly observed public holiday in France, may spur more violence as demonstrators take to the streets. Recent pledges of hundreds of millions of euros from the likes of LVMH chairman Bernard Arnault and Kering chief executive François-Henri Pinault to repair world-famous cathedral Notre-Dame de Paris after a terrible fire seem to have only made matters worse, prompting criticism from ordinary citizens who see them as ugly reminders of the growing wealth gap.

And amidst the festivities at Hyères — which drew an international crowd of fashion designers, executives, head hunters, journalists, influencers and students to a program of discussions, fashion shows, exhibitions openings and moonlight parties — the conversation often returned to the growing push-and-pull between fashion and its chorus of critics.

“It’s a great thing that [Bernard Arnault and Francois-Henri Pinault] have done with Notre-Dame, but a missed opportunity to come together with one announcement,” said Stefano Martinetto, chief executive of international showroom and business accelerator Tomorrow, at a seaside dinner, referring to the criticisms that the rival luxury titans had engaged in a public match of one-upmanship in the name of charity.

France is full of contradictions. It is the French spirit.

“The recent case of Notre-Dame shows how much the French critical mind can be a double-edged sword. I find it shameful to always look for the negative,” said Ami’s chief executive Nicolas Santi-Weil. “Success in France is a complex creature; we tend to criticise or challenge our achievements rather than celebrate them.”

“There is such a tension in the system that everything is a pretext for reaction,” said Paco Rabanne general manager Bastien Daguzan, adding that the country should celebrate its luxury sector. “It's an industry in which France excels and we should let it be known.” 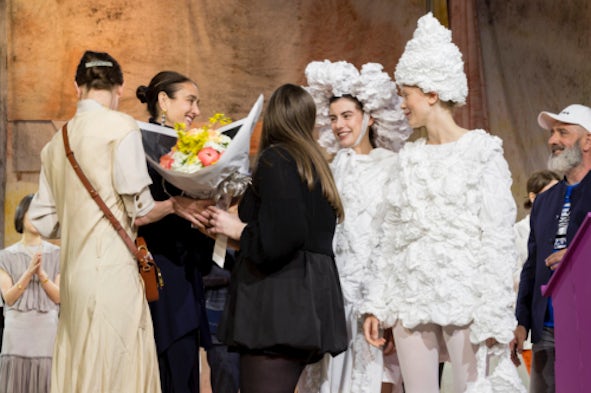 The French fashion industry generates annual sales of €154 billion — surpassing the automotive and aeronautics sectors in terms of contribution to the country's GDP— and employs some 580,000 people, according to a 2016 study by the Institut Français de la Mode. And yet it remains a popular symbol of inequality.

“France is full of contradictions. It is the French spirit,” said Chloé creative director Natacha Ramsay-Levy who presided over the fashion jury at this year’s Hyères festival. “Inequality is increasing, things are no longer going well. It is certainly a time of transition and in the meantime, it's blowing up all over the place.”

But as well as creating jobs, fashion can fight its corner by supporting youth, argued Serge Carreira, lecturer in luxury management at Sciences Po Paris and a member of the Villa Noailles association. And Hyères is part of this, he added.

"This festival is eminently political,” said PR guru Lucien Pagès, which represents Sacai, Jacquemus, Nina Ricci and others. “Jean-Pierre Blanc’s idea to bring such a creative and edgy fashion to the South of France, out of Paris, in 1985 was a political statement." 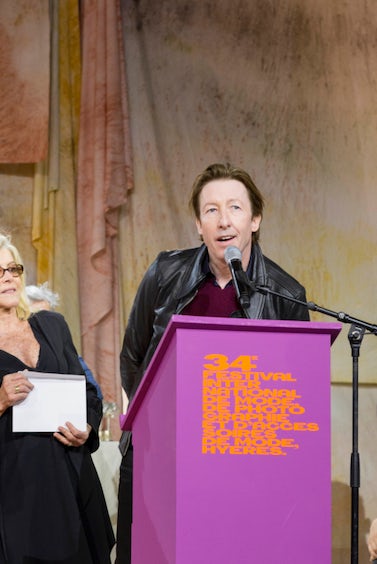 The festival, in its 34th year, has played a role in launching several prominent designers, including Viktor & Rolf, Paco Rabanne’s Julien Dossena, Saint Laurent’s Anthony Vaccarello and, most recently, Dutch duo Rushemy Botter and Lisi Herrebrugh. The designers were hired at Puig-owned Nina Ricci, last summer, only months after snatching the top prize at Hyères.

This year, each of the 10 finalists addressed another pressing issue: the unescapable fact that fashion is a leading polluter and contributor to climate change. Christoph Rumpf, an Austrian men’s wear designer, who won this year’s Première Vision Grand Prize, used dead stock materials to make his garments, as well as car seat foam and Persian carpets.

But it was Rumpf who commanded the most attention with a pragmatic view and use of repurposed fabrics that translated into eye catching pieces. “Nowadays, everyone consumes way too much and throws away too much,” said the 25-year-old, Vienna-based designer. “I would never want to be a huge brand. It’s about profits, but not crazy profits.”

Rumpf plans to launch his own brand and hopes to move his operation to Paris. “I first have to make some money and see if this is working,” he said. His big idea: “Don’t overproduce, pay your interns and don’t produce in countries where people get paid nothing.”

Has Luxury Become a Dirty Word in France?

Why Fashion's Giant Notre-Dame Pledges Are Good for Business