Made2Measure is the first network of its kind, offering wall-to-wall fashion programming. Will it work?

Made2Measure is the first network of its kind, offering wall-to-wall fashion programming. Will it work?

NEW YORK, United States — Can fashion not only make for good television, but populate an entire network? That’s what executives at entertainment conglomerate WME-IMG are betting on with Made2Measure, a digital network dedicated solely to fashion, which launches today. Made2Measure, or M2M as insiders are calling it, will debut exclusively on Apple TV — the first network to do so — and will be on “additional platforms” in 2016, although WME-IMG said it couldn’t specify what those platforms would be.

At launch, the network will feature a mix of primarily unscripted original content, as well as acquired programing, including series, documentaries, feature films, news segments and runway shows. Original series will vary in length and breadth. “Tea at the Beatrice,” for example, is an intimate talk show hosted by writer and former member of Andy Warhol’s Factory Glenn O’Brien, who holed up in the back room of Vanity Fair editor Graydon Carter’s New York restaurant and cocktail bar The Beatrice Inn to interview guests including Gisele Bündchen, Proenza Schouler, Richard Prince and Leandra Medine. “Iconic” profiles industry stalwarts and brands as wide-ranging as Marcello Mastroianni and Balenciaga, while “Visionaries” uses the docu-series format to cover people at the intersection of technology and design, such as artist Daniel Arsham and Virgil Abloh, creative director for Kanye West and streetwear brand Off-White. 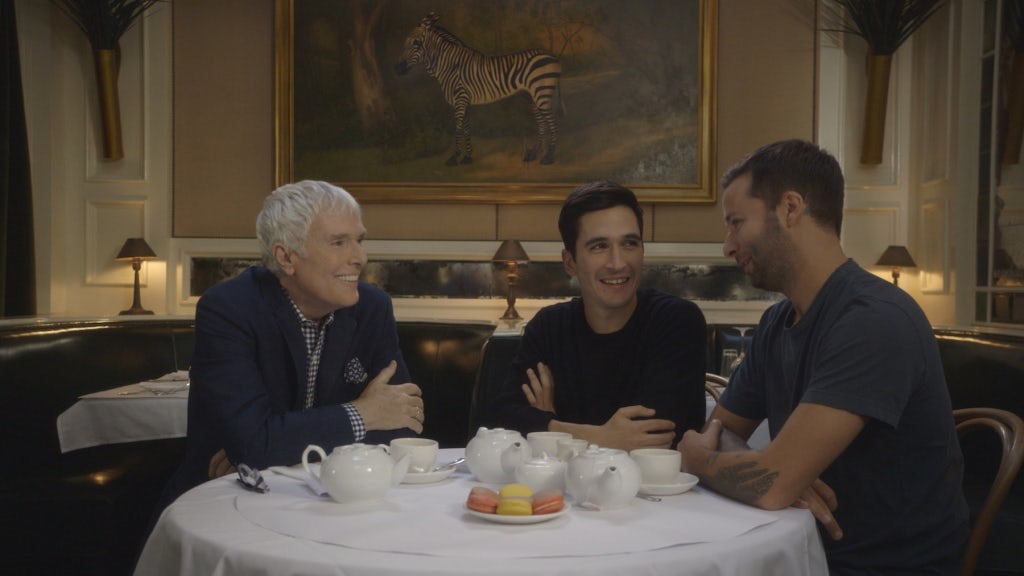 Given that WME-IMG acquired Made Fashion Week (a platform for emerging talent) in March 2015, it’s no surprise that another series, “MADE,” will offer a behind-the-scenes look at the runway shows of rising New York designers, starting with Baja East, Adam Selman, Area and Chris Gelinas. The network will also produce long-form documentaries, the first of which looks back on the “Battle of Versailles,” a historic 1973 fashion showcase which pitted French designers like Yves Saint Laurent, Christian Dior and Hubert de Givenchy against their American counterparts, including Oscar de la Renta, Halston and Bill Blass. (A book with a similar title was released by Robin Givhan earlier this year, although The Washington Post fashion critic did not participate in the film.)

Alongside the lineup of runway show footage from brands including Givenchy, Alexander Wang, Tom Ford, Rick Owens, Saint Laurent, Céline and Marc Jacobs, M2M has acquired feature-length films and documentaries including “Valentino, The Last Emperor,” “Who Are You, Polly Magoo?” and Tom Ford’s “A Single Man,” which will be available to watch from December 2015.

It’s a robust offering, to be sure, and one that takes advantage of the headway that talent agency WME (William Morris Endeavor Entertainment) has made in the fashion space in the past two years. The company, whose agents represent major Hollywood talent including Ben Affleck, Matt Damon and Emma Stone, acquired IMG — best known for representing sports stars and models, and producing fashion shows and major sporting events — in December 2013 for a reported $2.4 billion, according to The Wall Street Journal. IMG already owned Art + Commerce, the agency representing top-tier photographers Patrick Demarchelier, Steven Meisel and Craig McDean, as well as stylists like Brana Wolf.

In 2015, as a combined entity, WME-IMG purchased both MADE and The Wall Group, an agency representing behind-the-scenes talent, including top celebrity stylists Leslie Fremar, Kate Young and Ilaria Urbinati, as well as hair and makeup artists. The idea is to tap into these pools of talent for programmes that will air on M2M. “Tea at the Beatrice” host O’Brien, for instance, is represented by Art + Commerce, while one of his first guests, Bündchen, is represented by IMG. “We’ll be using every available asset,” said WME-IMG chief content officer Mark Shapiro, who joined the company in 2014.

Given that the network will launch on Apple TV, Susan Hootstein, executive producer and director of programming for M2M, says the content mix reflects the fact that not everyone will be watching on a big screen. “The programming is obviously made for a television set that you’re turning on at home, but all of these stories have been made with other platforms in mind as well,” she said. “In order to be a successful brand and channel, we need to be relevant in all of those areas.”

While Shapiro oversees programing surrounding a wide range of global events, from rugby to professional bull riding, tapping fashion was a clear priority. “It was a no brainer,” said Shapiro, whose career includes 12 years spent at ESPN. “We have so many touch points, perspectives and opportunities to tell stories through the eyes of different players. No one has the global reach that we have and there’s a real white space. There is no single, go-to source for behind-the-scenes coverage.” 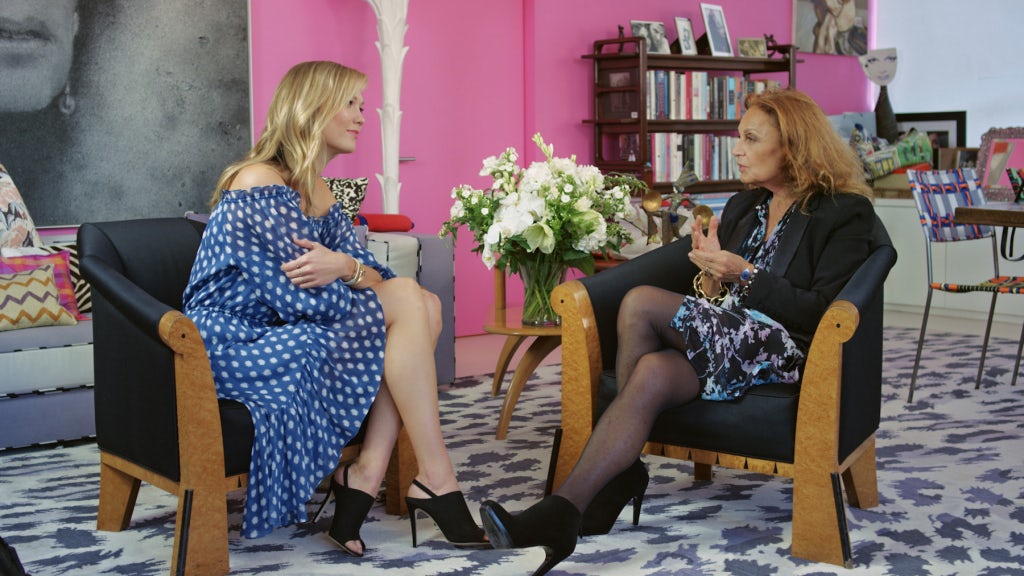 It’s true that fashion as live entertainment has never found a singularly powerful home, like music did with MTV or sports with ESPN. However, Canada’s “FashionTelevision” (1985-2012) and “Fashion File” (1989-2009), as well as CNN’s “Style With Elsa Klensch” (1980-2000), managed to develop loyal followings. More recently, reality competition series “Project Runway” and Vogue documentary “The September Issue” were bonafide hits, while Amazon recently signed on to stream the latest season of “The Fashion Fund,” a docu-series on the CFDA/Vogue Fashion Fund.

But even if there is audience interest, it remains to be seen whether enough advertisers are sufficiently enthused to buy against fashion content to float an entire network. The Style Network, a spinoff of E! Entertainment that launched in 1998, started in a similar fashion to M2M, albeit with a less sophisticated point of view. Along with coverage of fashion week and designers, its early programming included shows like “Fashion Emergency” and “The Look For Less.” In 2008, the network expanded its offerings to more general reality television in order to attract a wider array of advertisers.

However, in 2013, The Style Network’s parent company, NBCUniversal, announced that it would rebrand as the Esquire Channel. The argument was that Style’s audience overlapped too much with NBCUniversal’s other female-focused properties Oxygen, E! and Bravo. “Esquire Network, on the other hand, offers an opportunity to introduce a lifestyle network that speaks to an upscale male audience underserved in the current marketplace,” NBCUniversal Cable chairman Bonnie Hammer said in a note to staffers, obtained by The Hollywood Reporter.

To be sure, the cultural landscape has shifted dramatically since CNN aired Elsa Klensch’s first episode, or the Style Network debuted — and fashion has become an increasingly popular form of mass entertainment. “It was movies, television and music. Now, fashion is the fourth pillar of popular culture,” Elle editor-in-chief Robbie Myers recently told BoF. For Shapiro and his team, the goal is to help grow this fourth pillar. “Fashion is an insular industry, if you will. It’s not touchy feely, and the consumer is often on the outside,” he said. “But it feels like those days are going by the wayside.”

It was to help bring much-needed warmth and excitement to the programming that Shapiro enlisted Hootstein, a fashion shoot veteran who has worked with Mario Sorrenti and Steven Meisel, as well as Gucci and Oscar de la Renta. Hootstein also served as producer and creative director for AOL and PBS’ 2013 docu-series “Makers,” and more recently as a managing producer at Vice-owned i-D, working on several productions for its video channel. For Hootstein, the appeal of joining M2M was in the scale of the opportunity.

“It’s not just fashion runways and insider exclusives,” Hootstein said. “It’s not a snippet here or a snippet there. When I interviewed with Mark, we talked about the hole in the market. Taking fashion, elevating it and stretching it out.” Hootstein thinks the mix of acquired and original long-form content, combined with shorter programming and news bits — made possible by WME-IMG’s access to red carpets and live fashion shows around the world — will give the channel a well-rounded feeling. “It’s also about creating premium content that can bridge the gap between fashion, art and film,” she said. “To hear Glenn O’Brien talk to Richard Prince about appropriation and the SuicideGirls is the perfect example of what we want the channel to be.”

Editor's Note: This article was revised on 20 October, 2015. An earlier version of this article misstated that Susan Hootstein launched Vice-owned i-D's video channel. She did not. The launch was overseen by Danielle Bennison-Brown. Hootstein served as managing producer of several productions for the channel.