PARIS, France — LVMH-owned 24 Sèvres will be the first and only multi-brand e-commerce player to sell Céline online. In December, Céline, also owned by LVMH, launched its own e-commerce site in France and has plans to expand into the US later this year, but the brand remains highly scarce online, having shunned e-commerce and social media for years amid concerns these channels would dilute its exclusive image and former creative director Phoebe Philo’s distaste for the internet.

24 Sèvres will sell all of Céline’s product categories — including ready-to-wear, leather goods and eyewear — in over 80 countries. Items from the Spring/Summer 2018 collection, the last by the much-loved and recently departed Philo, will be available to purchase worldwide from 8am GMT on March 13th. 24 Sèvres will also offer an exclusive Céline capsule collection consisting of five products, re-worked in new colourways, including a new handbag style (the “Big Bag” in a smaller size) in burgundy leather.

“For us, Céline is a really amazing and exciting new addition — it was the brand most requested by customers,” revealed Eric Goguey, chief executive of 24 Sèvres. “I’m sure it will be an incredible success for Céline and for us.” 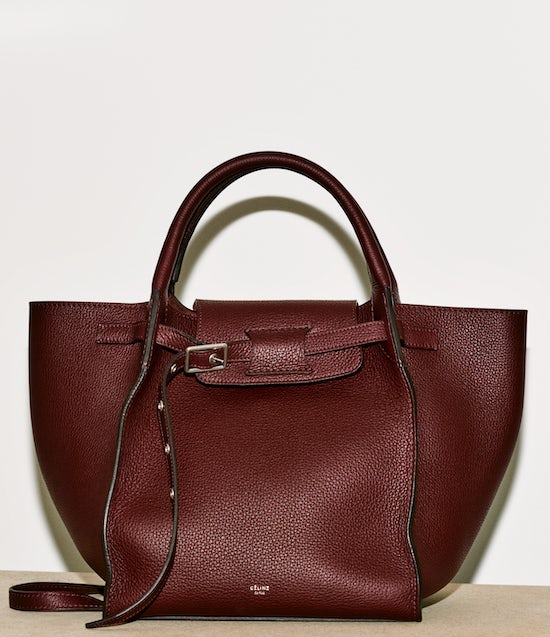 Luxury e-commerce is growing fast. Online luxury sales jumped 24 percent in 2017, reaching 9 percent of total luxury sales. By 2025, that number is expected to hit 20 percent. But the market is crowded with competitors and the Céline partnership underscores 24 Sèvres’ primary competitive advantage: privileged access to coveted LVMH brands like Dior, Louis Vuitton and now Céline. “It’s an amazing chance to be a part of LVMH and to ease access to brands of the group,” said Goguey.

But 24 Sèvres, launched in June 2017, faces an uphill battle. While LVMH doesn’t break out results for the venture, the scale of the business is thought to be dwarfed by long established competitors like Yoox Net-a-Porter, Farfetch and Matches Fashion.

According to data from SimilarWeb, a digital market intelligence service whose data is imperfect but directionally accurate, monthly unique visitors to 24 Sèvres in February 2018 amounted to just over 150,000, compared to 1.15 million to Matches Fashion, 2.5 million to Net-a-Porter and 6.67 million to Farfetch.

But in addition to privileged access to LVMH brands and a brand positioning rooted in a distinctly Parisian point of view, 24 Sèvres may ultimately have another card up its sleeve: LVMH’s vast network of physical retail stores, which could one day provide a powerful platform for an omni-channel customer experience.

“It’s too early to provide insight, but we definitely have more access than other players to physical locations,” said Goguey. “We need to use those physical points of contact in a different way.”

Editor's Note: This article was revised on 13 March 2018. An earlier version of this article misstated that the launch of Céline at 24 Sèvres would be March 12. This is incorrect. Céline débuts at 24 Sèvres on March 13.