Burberry chief executive Marco Gobbetti is expected to address the company’s strategic direction at interim results on November 9. In a memo from BoF, we outline what we think he should do.

Burberry chief executive Marco Gobbetti is expected to address the company’s strategic direction at interim results on November 9. In a memo from BoF, we outline what we think he should do.

This week, Burberry announced that long-serving creative director and one-time chief executive Christopher Bailey is leaving the British megabrand after 17 years at the company. Bailey will remain in his current post as president and chief creative officer until March 31, 2018, when he will step down from the board.

Since joining Burberry in 2001, Bailey has teamed with former chief executive Rose Marie Bravo and her successor Angela Ahrendts to save the British stalwart — best known for its classic, durable trench coats — from a period of brand dilution. But it’s no secret that in recent years Burberry, once a star of the global luxury industry, has struggled to maintain its momentum, with the company’s sales growth seriously lagging its peers.

A creative reboot is certainly in order. But first new Burberry chief executive Marco Gobbetti, who officially joined on July 5, must communicate his strategy for the British brand. Since his arrival, Gobbetti has stayed mum on his vision. But he is expected to lay out his strategic plans on November 9 during the announcement of the company's interim results. Here’s what we think he should do.

Burberry’s current positioning is unclear, sitting uncomfortably between “real” luxury and a more “accessible luxury” stance, limiting brand momentum and pricing power. Burberry has near singular ownership of “British luxury.” Unlike, say, Dior and Chanel, which share the idea of Parisian couture, or the many luxury brands in Milan which share the idea of “Made in Italy,” there is only one global brand at the scale of these continental European competitors with a credible claim to British luxury. Elevating the brand may take time and come with sacrifices to short-term cash generation, but this approach would turn Burberry into a more powerful and enduring brand with greater long-term value.

2. Rethink the overall creative direction of the brand

With Christopher Bailey set to exit the business, the brand has an opportunity for a complete creative refresh — similar to what has successfully been done at Saint Laurent by Hedi Slimane, at Gucci by Alessandro Michele and of course at Céline by Phoebe Philo. Indeed, there is perhaps no better designer to fill Bailey's shoes than Philo, who worked closely with Gobbetti to revamp Céline. She would be the perfect candidate to help elevate Burberry’s positioning and seize the opportunity in British luxury, not least because Philo is British herself. For now, Philo remains in her role at Céline, though it’s thought that LVMH is interviewing designers in preparation for her eventual departure.

The programme of brand purification, which began under Rose Marie Bravo, was highly successful on one level. But taken too far, it eventually started to limit the company’s ability to create new, desirable products. Now Burberry desperately needs to create products that get consumers excited again. While the brand is best known for its outerwear, its leather goods offering needs immediate attention. At Gucci, leather goods — which offer high margins — make up 55 percent of sales. At Burberry on the other hand, accessories account for just 38 percent of revenues. There is evidence that change is afoot: Sabrina Bonesi joined Burberry from Dior earlier this year, taking up the position of design director of leather goods and shoes, and the company recently introduced a new DK88 handbag, a reference to the house code for its honey-coloured gabardine fabric. But Gobbetti and his new creative director must do more.

Burberry was, without question, one of the first luxury firms to tap the power of social media. It has also made significant investments in e-commerce, omni-channel retail and data analytics. To be sure, Burberry has one of fashion’s most powerful digital backbones. Under Gobbetti and Philo (a known technosceptic), Céline chose to largely sit out the digital revolution that has seen major brands compete for clicks as consumers spend more and more time online. But e-commerce is the fastest-growing driver of luxury sales and Gobbetti must move beyond the missed opportunity at Céline and learn to love digital, playing to Burberry’s strengths.

5. Go even bigger on direct-to-consumer

Burberry has led the charge on “see now, buy now,” working hard to align its supply chain and retail deliveries with the media spike generated by its fashion shows. But if the brand is going to continue to show in-season, it could learn a thing or two from Tommy Hilfiger and Victoria’s Secret, which have taken their shows on the road and turned them into mega-scale media platforms with global impact. On the flip side, it seems increasingly clear that the future of fashion immediacy will be less about aligning product drops with the pre-planned marketing spikes generated by fashion shows, and more about delivering new product in a near-constant “feed” in response to the year-round ebb and flow of digital trends on platforms like Instagram. As the industry evolves from traditional “fashion cycle” to “fashion feed,” Burberry too must evolve its approach to “see now, buy now” and align its retail strategy with today’s reality where desire is generated at the speed of digital.

Condé Nast folds Teen Vogue print. Changes keep coming at Condé Nast. Its teen title will cease publishing a quarterly magazine and instead focus on continuing its rapid growth in digital. Several other titles — including GQ, W and Glamour — will reduce their print frequencies to anywhere from eight to 11 issues per year. In addition, 80 jobs will be cut across the company.

Ineos acquires outwear brand Belstaff. The British petrochemicals firm confirmed it will purchase the fashion brand, although it did not disclose financial terms or strategic plans. Belstaff’s current owner is consumer goods-focused investment firm JAB Holding, whose portfolio of brands include Panera, Krispy Kreme and Keurig, as well as a large stake in Coty.

Under Armour shares fall 17 percent as results underwhelm. Revenue in the third quarter missed analysts’ estimates by about $70 million, leading the company to slash its full-year forecasts yet again. Chief executive Kevin Plank blamed a combination of store closings, competition and shifting tastes for the weakened business in North America. Looking ahead, the right athlete and celebrity endorsements will be important if Under Armour wants to return to growth.

Hermès adds 500 jobs to expand leather-goods output. The luxury house will open two new production sites in France over the coming two years as it seeks to reduce waiting lists for its signature handbags. One facility will be located near Bordeaux and the other will be in Paris. The move comes as president Emmanuel Macron is pushing through economic reforms and slashing corporate taxes.

Hugo Boss raises forecast after a solid third quarter. The company now expects its 2017 group sales to grow by a low single-digit percentage rate on a currency-adjusted basis, having previously anticipated flat sales. After a string of profit warnings, Hugo Boss has been making efforts to appeal to younger customers, investing in its website and closing loss-making stores.

Estée Lauder reports better-than-expected growth. The cosmetics giant boosted forecasts for the year in light of growth in the most recent quarter, thanks to its rapid expansion in China and the acquisition of millennial-friendly brands like Too Faced and Becca Cosmetics, a move that now seems to be paying off. 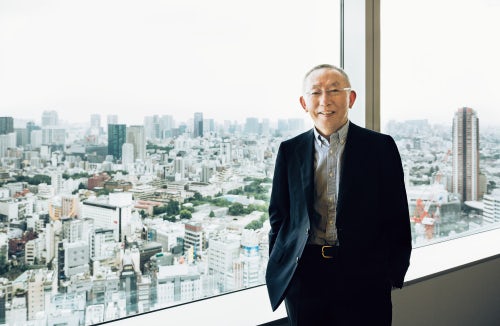 Fast Retailing president Tadashi Yanai plans to retire. The head of the Japanese company announced his plans to retire when he turns 70, in 2019. He will continue to support the company he founded in 1963 as chairman, telling Nikkei Asian Review: "there is no such thing as retirement for founders." Yanai's successor has not yet been named.

H&M launches Erdem collaboration. The collection, which is a celebration of the Canadian-born designer’s most well known themes, went on sale globally in H&M stores and online this week. Best known for his trademark florals and mid-century dresses, the label boasts a reported annual turnover of £13 million ($16.9 million).

Amazon beats third-quarter results estimates, launches AR feature. The result reassured investors that the Seattle-based company could integrate its biggest-ever acquisition of Whole Foods Market into the business without disrupting its e-commerce performance. Revenue increased 34 percent from last year, from $43.7 billion to $42.14 billion. The new AR View feature on its iOS app will allow customers to visualise items inside their homes before making a purchase. It is activated by launching the camera icon and selecting from a range of products within furniture, kitchenware and home decor, which will appear on the screen, giving a sense of product dimensions.

Alibaba surges after beating on quarterly earnings. The Chinese e-commerce giant raised its outlook for the year after reporting its fastest pace of sales since its record 2014 IPO. Revenue rose 61 percent, reaching 55.12 billion yuan ($8.34 billion) in the three months ending on September 30, and the company projects full-year revenue growth of 49 to 53 percent.