After A Deal That Wasn’t, Bally Tries To Get Back on Track

The Swiss shoemaker owned by JAB Holdings is opening three new flagships, hoping the time is right for its classic style.

After A Deal That Wasn’t, Bally Tries To Get Back on Track

The Swiss shoemaker owned by JAB Holdings is opening three new flagships, hoping the time is right for its classic style.

Swiss luxury brand Bally is trying to get re-energise its business after a deal with China's Ruyi fell through. Courtesy.
Luxury
Share
Comment
BoF Professional Exclusive
By Robert Williams April 16, 2021 00:02

You’d be forgiven for thinking Bally was a Chinese-owned brand. In 2018, much fanfare was made of the news that textile group Shandong Ruyi was acquiring the Swiss luxury shoemaker from JAB Holdings as part of an attempt to become the “LVMH of China.”

But soon after that buzzy deal was agreed, coming on the heels of Ruyi’s acquisitions of Acquascutum and SMCP, the easy credit which had fuelled the group’s buying spree dried up. By early 2020 it was clear that the $600 million Ruyi had reportedly promised to pay for Bally was not going to materialise. That period of limbo was followed by 2020′s coronavirus pandemic, during which revenues fell by 27 percent.

Now Bally is trying to get back on track with a renewed commitment from JAB Holdings, the investment vehicle of Germany’s billionaire Reimann family which has owned the brand since 2008. “There’s no deadline” to provide JAB with an exit, Bally’s chief executive Nicolas Girotto said. “They want this beautiful story to continue.”

The brand is set to open three flagship stores in June, in New York City, London and Sydney.

But as the brand reenters key retail markets as well as ramping up marketing investments and updating its positioning in a bid to regain cultural relevance, it may feel like you’ve seen this movie before.

In the lead-up to its attempted sale, Bally opened new flagships in London’s Bond Street and New York’s Madison Avenue as recently as 2014 and 2017, respectively. Girotto, the brand’s former chief operating officer who was promoted to CEO in 2019, closed those locations upon taking the helm of the company, unable to justify the high rents.

In the ’80s and ’90s, Bally was a driving force in luxury footwear, with its Scribe dress shoes dominating American department stores. As an early champion of luxury sportswear, the brand’s red-and-white striped sneakers, polos and backpacks also became cult items on the street, and were regularly name checked in the lyrics of entertainers including Salt-N-Peppa, Biz Markle and Ghostface Killah.

A former owner, private equity giant TPG, had also invested in a retail push at Bally in the early 2000s, and the brand took five years to return to profitability after a too-speedy withdrawal from department stores left the business reeling. A manager drafted from Gucci was able to get the company back on track in time for a sale to its current owners, but its cultural relevance never recovered.

Scaling durably has been a challenge for Bally, despite moves like hiring a creative director (Pablo Coppola, who left in 2017 after a three-year stint) and its most recent wave of flashy store openings (even if one of those nabbed a write-up in The New York Times, with music critic Jon Caramanica asking “Is Bally More Interesting Than Gucci?”).

Prior to the pandemic, annual sales of around CHF 350 million ($378 million) were broadly in line with a decade earlier, Girotto said. 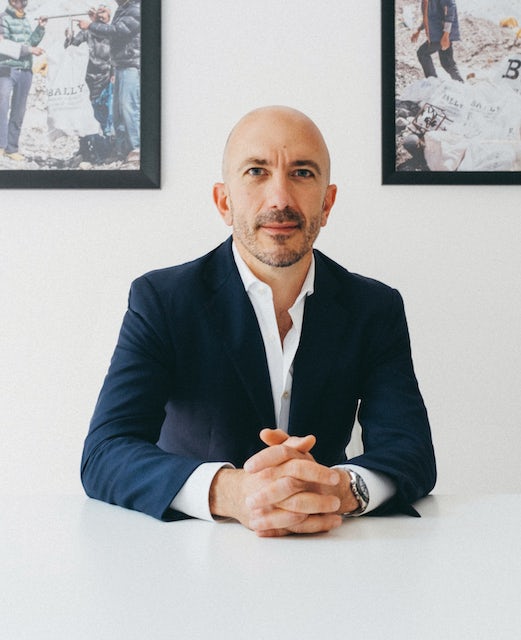 Bally's former COO Nicolas Girotto has been the brand's chief executive since 2019. Courtesy.

This time around, Bally is trying to grow with a more financially disciplined approach. “Transforming a brand like Bally isn’t just about pouring money into it. It’s about how to have a healthy and sustainable growth,” Girotto said.

Rather than reentering blue-chip shopping avenues “where it’s just one luxury boutique after an other,” the brand is moving into locations whose mix of fashion, culture and restaurants are more aligned with the industry’s current focus on selling to local clients. While domestic luxury shopping is bouncing back after coronavirus lockdowns, long-haul tourism is expected to take longer to recover.

A new shop in New York’s Meatpacking District will be down the street from Hermès and Marni, and near sites like the Whitney Museum and The Standard hotel, a popular spot for locals as well as visitors. (Before the pandemic, the area also sported some of the city’s hottest restaurants).

In London, the brand will move just a few streets away from its previous New Bond Street home. But the new location between the Regent Street Zara and the Piccadilly Circus underground station is a busier, more democratic hub with higher footfall from commuters and local teenagers.

As for its design, rather than bringing a new, top-down creative vision to the market — as has been customary for luxury brands seeking a renaissance — Bally is relying on a bottom-up, customer-led approach to its repositioning. It’s carrying out consumer surveys, A/B testing for campaigns and social media posts, and even testing out prototypes and prices on consumers for items in development before moving ahead with merchandising and production.

“We’ve been hearing from our customers, trying to understand what they want from the brand,“ Girotto said.

While “Swissness” doesn’t mean much in realm of luxury fashion and leather goods — Bally is really the country’s only sizeable player in the field — the company has decided to express its unique heritage mostly through an understated style. The triple-stripe sneakers are still there, as are mountaineering-inspired leather boots (the brand actually dressed Sir Edmund Hillary and Tenzing Norgay for their historic Everest climb). But the offer is mostly focused on classic, dressy-casual items.

“It’s not our role to be a brand that’s fashion-forward,” Girotto said. In terms of design, “transforming Bally into a ‘Gen-Z brand’ would make no sense.”

Still, Girotto knows he needs to reach the next generation of customers, and says the brand has been revamping communications with more videos, striking partnerships with KOLs and raising awareness of its sustainability and values-driven activities.

The move to highlight a recycled nylon line helped Bally push into the top-30 most talked about luxury brands on Douyin (ByteDance’s Chinese equivalent to TikTok) in January. A pair of curling boots whose net proceeds went to support a mountain clean-up initiative also became a best seller.

Customers “are making increasingly considered choices,” Girotto said. “Our timeless silhouettes lend themselves to longevity for a more responsible approach to fashion.”

The effort to reawaken the brand online is showing its first signs that it could pay off: revenue grew 46 percent in the first quarter. 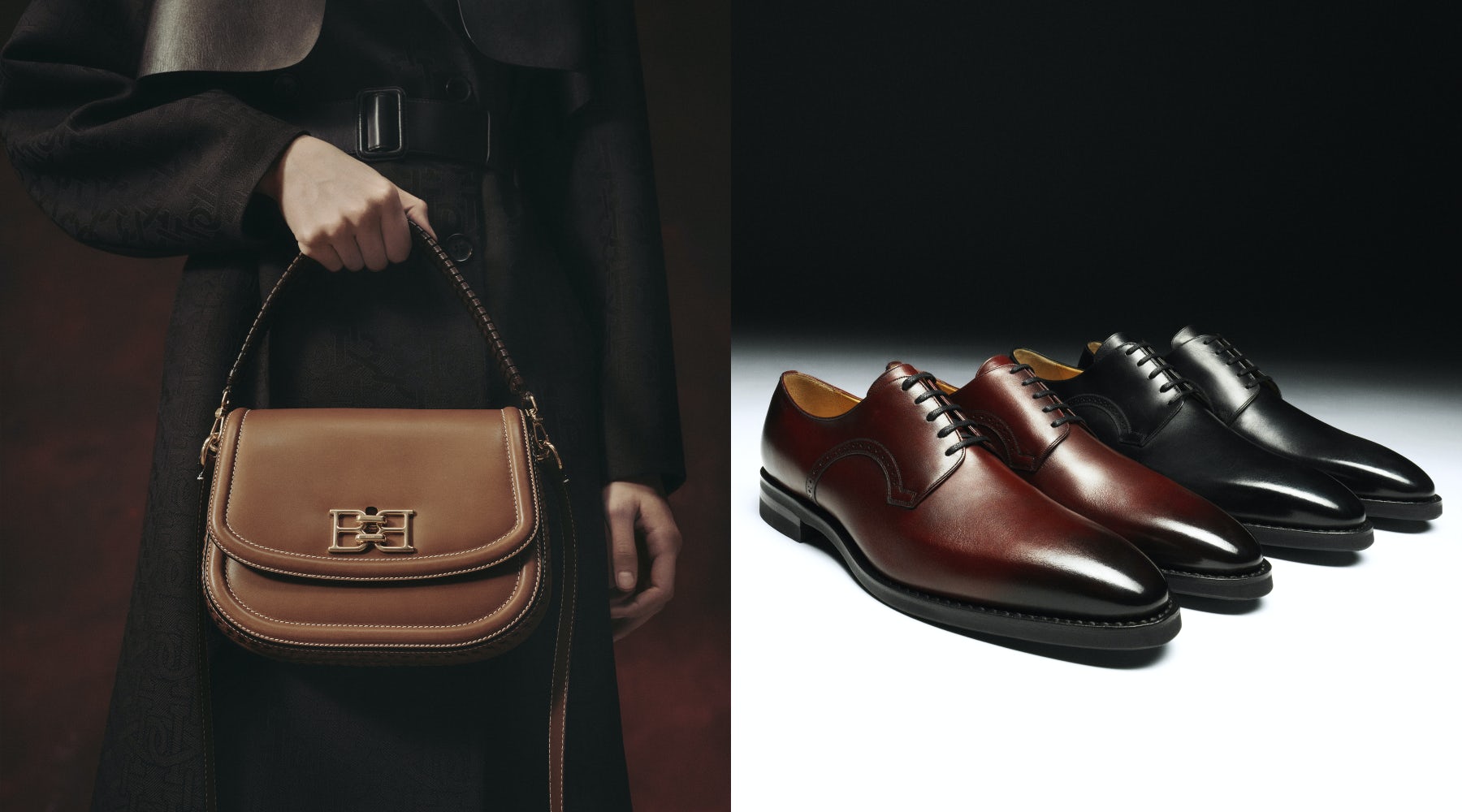 But while it’s true that more conservative styles seem to be making a comeback after a period of chunky sneakers and logo-prints, even the most flamboyant labels never stopped offering classic items under the umbrella of their attention-grabbing brands. Bally’s lace-up Scribe shoes will need to win out over similarly-priced options for men from Gucci, Dior, and Givenchy.

On the women’s side, prices are more competitive, with its “Beckie” shoulder bags costing around half as much as similar shape from Gucci.

As Bally reopens stores in a market where the biggest and buzziest brands have been eating market share faster than ever before, there’s little guarantee that “if you build it they will come.”

“Bally does have some very sharp and desirable products, but they’re sitting alongside some pretty generic ones,” Pierre Mallevays, co-chair of merchant banking at Stanhope Capital (and BoF contributor) said. Still, bringing in a “strong and visible creative director would not make sense unless the current owners are prepared to underwrite a complete overhaul.”

As the brand seeks to stabilise and reawaken its business after a slump, such a splashy revamp is not in the cards for now.

“I don’t dismiss the opportunity of [a creative director] figure one day to help inject further creativity,” Girotto said. “We’re at a point in our journey where the best thing for our customers and our brand is consistency.”

Watch Out, LVMH and Kering — China Inc. Is Coming