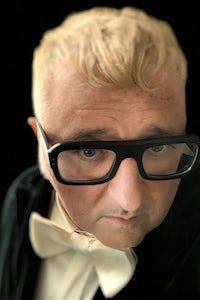 PARIS, France — Ever since star designer Alber Elbaz was abruptly fired from Lanvin — the French label he turned into a global fashion brand — in 2015, the industry has wondered when and how he might return to design full-time.

Now Elbaz has a partner for his next chapter. On Friday, Compagnie Financière Richemont SA announced an agreement to form a joint venture with the designer, calling it AZfashion, which the Swiss luxury conglomerate described as “an innovative and dynamic start-up, meant to turn dreams into reality.”

“I am very happy to partner with Richemont and to establish my 'dream factory,' which will focus on developing solutions for women of our times,” Elbaz said in a statement.

As much as the fashion industry has anticipated Elbaz’s return, he and Richemont have their work cut out for them.

Much has changed since the designer known for his charming and emotional personality transformed Lanvin from a small label with only 15 wholesale accounts to a global fashion house known for feminine, comfortable and clever ready-to-wear that earned the approval of celebrities, critics and customers alike. A 2010 mass-market collection with H&M was a high point, and proved to be one of the retailer’s most popular annual runway collaboration series. Disagreements with Lanvin’s owner Shaw-Lan Wang resulted in the end of Elbaz’s Lanvin era. (The house, France’s oldest, has since changed hands and failed to find its footing.)

Since his exit, Elbaz’s name has made the rumoured shortlist for a number of top jobs in design, at houses including Dior and Saint Laurent, but the designer largely stayed on the sidelines — travelling, teaching and collaborating with LeSportSac and Tod’s on accessories collections. At BoF’s Voices conference in 2018, he shared his observations of an industry changed by the internet and social media, and said he has regenerated his creativity in his time off.

“I actually met myself again,” he said. “I became a designer, I started to dream and to think; I started working the streets; I moved my studio to the street.”

In recent years, the potential appointment of Elbaz by one of fashion’s luxury labels became increasingly unlikely as Kering, LVMH and other houses turned to millennial designers who have already proved successful in a new digitally-driven industry, like Virgil Abloh at Louis Vuitton, or unknown names that they could market as the next generation of star designers, like Daniel Lee at Bottega Veneta. Many of the designers who came of age around the same time as Elbaz, including Phoebe Philo, Frida Giannini and Peter Copping, are not leading houses right now.

But the reality of launching a new fashion brand around a star designer is a risky and expensive proposition because marketing and distribution channels are more challenging to build from scratch today than ever before. Fashion’s celebrities are still relatively unknown to the wider market and require massive marketing pushes in a crowded media environment to gain awareness. Plus, top designers typically come with expectations of large development and design budgets, not to mention salaries. The best real estate for luxury fashion is largely already occupied. And the customer’s expectations for a brand’s e-commerce and digital customer service are high, too.

Richemont, which focuses on hard luxury brands like Cartier and Piaget and is under pressure from investors to bring more value to shareholders, has struggled to grow its fashion brands, Alfred Dunhill, Chloé and Alaïa. At Chloé, designer Natacha Ramsay-Levi is well regarded but has yet to produce a blockbuster accessory that would take the brand to the next level. The conglomerate has also stumbled trying to appeal to a new generation of customers in its core jewellery and watch business. It’s most recent big moves include investments in e-commerce players, including the takeover of Yoox Net-a-Porter and the acquisition of the UK-based Watchfinder in 2018.

Analysts have speculated for years that Richemont might sell its remaining soft luxury brands, which some estimate have lost the company around €400 million over the last decade, or even that Richemont might merge with Kering to take on LVMH. But there are still no indications that Richemont Chairman Johann Rupert is willing to go that route. He has focused instead in recent years on selling underperforming brands like Lancel and replacing an older generation of executives with new talent. The leadership is still not settled, however; in September, Richemont’s head of its fashion and accessories resigned after one year.

Richemont’s announcement about Elbaz’s new brand indicates that the conglomerate knows better than to take a traditional approach in this new brand, which the designer told the New York Times will be project-based and majority owned by Richemont.

“Upon hearing Alber Elbaz describe his vision for fashion and the projects it inspires in him, I was again struck by his creativity and insight,” Rupert said in a statement. “His talent and inventiveness, with his sensitivity towards women and their wellbeing, will be of great value to our group and its maisons.”

However the designer’s “dream factory” takes shape, the industry will be watching.