The luxury fashion sector is poised for further consolidation. In the last year, there has been no shortage of deals and the pace is picking up. Just last week, Belgian designer Dries Van Noten sold a majority stake in his label to Spanish luxury group Puig for an undisclosed sum, while Italy’s Missoni family sold a 41.2 percent stake in their business to FSI Mid-Market Growth Equity Fund in transaction worth €70 million.

Acne Studios could be next. According to an investor prospectus seen by BoF, the Swedish label is working with Goldman Sachs to find a buyer and could fetch €400 million to €500 million — potentially more if there is competition — say market sources.

Why the uptick in M&A activity?

There are several factors at play. At a macro level, some of the major sources of worry for would-be investors — from Brexit in the UK to the election of Donald J. Trump in the US — have become more familiar. While major concerns remain, there are fewer unknowns, making investors more willing to invest.

Meanwhile, the luxury sector — weighed down by the decline of department stores in the US and China’s anti-corruption drive — has bounced back and investors see new growth opportunities ahead. Bain & Company predicts the global personal luxury goods market will expand by 6 to 8 percent in 2018, driven by a rebound in China, which is expected to account for the lion’s share of growth.

But for independent labels, the luxury landscape has also become much more complex and difficult to navigate. Digital has certainly changed the game, upending once dependable distribution channels, while giving rise to new competitors. China, too, has also added a degree of complexity that many independent labels struggle to manage on their own.

“The luxury sector is becoming more difficult for small independents, as management fronts are multiplying,” said Luca Solca, head of luxury goods at BNP Exane Paribas. “Besides, new entrants are making the most of digital and further increasing competitive pressures, hence consolidation.”

Every deal is different. Dries Van Noten and the Missoni family surely had their own personal reasons for selling shares in their companies. But both have grown brands that are bigger than their respective businesses and, like other sub-scale players, are increasingly unable to compete in a complex global market without greater access to the capital — and expertise — that a sophisticated and deep-pocketed strategic or private equity investor can bring to the table.

In the case of Acne, the company has had a great ride and created significant value. The Stockholm-based label has built a strong and distinctive modern luxury brand that resonates with millennials; is well balanced across distribution channels and product categories; has a network of 47 directly operated stores; and last year generated $221 million in sales revenue with EBITDA, a measure of operating profit, of $35 million, according to the investor prospectus. Critically, it is also desirable and expanding fast in China.

But seizing the opportunity in a world where distribution channels are harder to manage and the next crisis could be around the corner isn’t easy. Acne will be safer over the next six to ten years with a well-capitalised backer. According to sources, SMCP — the French owner of Sandro, Maje and Claudie Pierlot — Kering and LVMH are likely bidders in what is expected to be a competitive process.

Back in 2013, Acne co-founder Mikael Schiller said the label had met with private equity firms as well as Kering, which owns Gucci, Saint Laurent and Balenciaga. “I met with Kering,” said Schiller at the time. “They are really nice people and, of course, it’s flattering, but we [would] have to be a fully-owned company by them, because that is the strategy, or a majority-owned [company] and then it becomes a totally different ball game. Being in control is so important to us,” he continued, before adding: “I mean we can never say never.”

Certainly, an offer from a major luxury group or family office would be an attractive option. But both the scale of the China opportunity and the abundance of cash-rich investors in the country make a sale to a Chinese private equity or strategic investor a more synergetic and likely outcome.

PVH, which owns Calvin Klein and Tommy Hilfiger, is also looking for acquisitions and has expressed interest in international assets. Tapestry and Michael Kors are also in the game. And yet there are relatively few high quality, high potential fashion targets left.

“Small Italian players would be naturally on the target list,” said Solca, who added: “I wonder if large cash-cow businesses like major Italian and American designer brands could become relevant in the consolidation game, too, as they could provide upside to those able to relaunch them.” 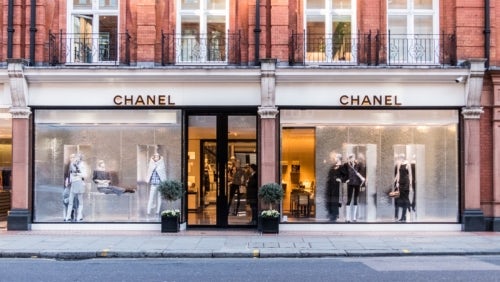 Chanel reveals $10 billion revenue for first time. The privately owned company released full-year earnings for the first time, posting revenues of $9.62 billion for 2017, an 11 percent rise from a year earlier. The move to publish was "absolutely not" a precursor to a stock market listing, said chief financial officer Philippe Blondiaux. He also ruled out a sale. The disclosure puts Chanel in close contention with luxury labels like Louis Vuitton, with estimated sales of over €8 billion ($9.2 billion) a year, and Gucci, of Kering, which this month outlined its aim to eventually hit €10 billion ($11.6 billion) in sales.

Bain Capital to acquire cheerleading outfitter Varsity Brands. Having acquired the brand from Charlesbank Capital Partners, Bain plans to grow Varsity by supporting its e-commerce operations and through acquisitions. While terms of the deal weren’t disclosed, CNBC reported that the transaction values Varsity Brands at about $2.5 billion.

Debenhams issues third profit warning this year. The company now expects pretax profit of £35 million ($46.4 million) to £40 million, compared with a current market consensus of £50.3 million. It also plans to cut capital spending to a range of £75 million to £90 million, from about £140 million in the current year. Debenhams’ warning is the latest indication of the depths of the UK’s retail crisis, after House of Fraser said it plans to shut more than half of its stores and Marks & Spencer moved to close about one-third of its UK outlets.

Manolo Blahnik makes bigger push into men's. The footwear designer, known for high-end, colourful women's shoes, is launching his first standalone shop for men in London. The target, said chief executive Kristina Blahnik, is to get men’s to account for 20 percent of the business. (Sales jumped nearly 25 percent to £11.7 million in 2015.) Men's accessories will potentially follow later in the year. Men’s stores in Asia are also on the agenda.

TPG takes minority stake in Anastasia Beverly Hills. The companies did not disclose financial terms, but media reports value the beauty brand at $3 billion, representing a multiple of nine times its reported $340 million in net sales. Anastasia Beverly Hills said it plans to use its capital to fund global expansion and ramp up direct-to-consumer sales. TPG has previously invested in a handful of beauty brands, including e.l.f and Beautycounter in 2014, and Ipsy in 2015. 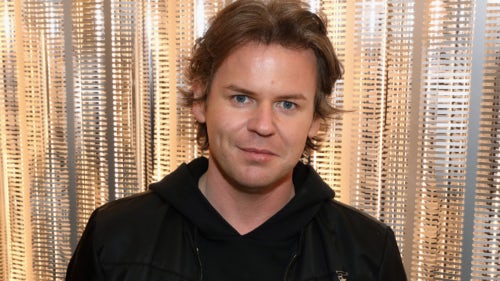 Kering to sell Christopher Kane back to designer. The French luxury conglomerate is in talks to sell its 51 percent stake in the label back to the British designer after a 5-year partnership. Kering took a stake in the brand in 2013 for an undisclosed sum. Yet the business has not grown significantly since the acquisition. In the year ended December 31, 2013, Christopher Kane generated £6.97 million. Three years later, revenue stood at £7.8 million. The move follows Kering’s disposal of its 50-percent stake in Stella McCartney, which it sold back to the namesake designer in March.

Victoria Beckham appoints Paolo Riva as CEO. Riva, who was formerly chief executive of Diane von Furstenberg, will take up the post, which was left vacant by Zach Duane last year. The executive will join the company on September 1 and report to the board of directors. The appointment comes in the wake of an investment from Neo Investment Partners last year and the arrival of Ralph Toledano, who joined this spring as chairman.

Jay-Z named creative director for Puma basketball. It marks the latest high-profile celebrity partnership for the German sportswear company. Adam Petrick, Puma’s global director of brand and marketing, said that Jay-Z, whose company Roc Nation has worked with Puma since 2013, would consult on product creation and marketing strategy. The rapper has been hired to help drive the company’s strategy as it returns to the basketball market after exiting nearly two decades ago.

J.Crew taps Johanna Uurasjarvi as chief design officer. Uurasjarvi will be responsible for the overall design direction for the J. Crew brand as well as Crewcuts and Mercantile. She succeeds Somsack Sikhounmuong, who left the company last September. Jim Brett, chief executive officer of J.Crew Group, and Uurasjarvi have a history of working together, at West Elm, where Brett was president before joining J. Crew a year ago, and at Anthropologie, where both held senior positions.

Louis Vuitton announces music director. Creative director Virgil Abloh has named Benji B as the brand's first musical director. Benji B has worked as a radio DJ and was previously musical director for Phoebe Philo at Céline. He has also worked as a producer for Kanye West, notably on the track "Fade" from album "Life of Pablo."

Google to invest $550 million in JD.com. The investment is part of the US internet giant's efforts to expand its presence in fast-growing Asian markets and battle rivals including Amazon.com. The two companies described the investment as one piece of a broader partnership that will include the promotion of JD.com products on Google's shopping service. This could help JD.com expand beyond its base in China and Southeast Asia and establish a meaningful presence in US and European markets.

Instagram launches long-form video feature. The social media app has released a new long-form video feature with IGTV, which appears both within Instagram and functions as a standalone app. It lets users create content exceeding the current maximum 60-second clip limit for the first time. No advertising exists on IGTV yet, but creators have told Instagram they want it.