Speaking exclusively to BoF, Gucci president and chief executive Marco Bizzarri reveals the secrets behind the company’s comeback — and his decision not to markdown any of Alessandro Michele’s future collections.

Speaking exclusively to BoF, Gucci president and chief executive Marco Bizzarri reveals the secrets behind the company’s comeback — and his decision not to markdown any of Alessandro Michele’s future collections.

MILAN, Italy —  Marco Bizzarri has good reason to celebrate. Over the last 20 months, the president and chief executive of Gucci has successfully orchestrated the turnaround of the Italian fashion house, alongside creative director Alessandro Michele, and on Tuesday, he was nominated in the new category of International Business Leader at the British Fashion Council’s relaunched The Fashion Awards.

Indeed, since taking the helm at Gucci — which accounts for more than 60 percent of parent company Kering’s operating profit — the company has posted consecutive increases in sales growth and on Tuesday, reported a 17 percent rise in quarterly sales to just over €1 billion ($1.1 billion), its highest rate of organic sales growth in five years, beating market expectations by 7 percent.

This performance is particularly impressive in the context of slowing growth in the personal luxury goods market — which is expected to be flat this year — and means that Gucci is not just performing well against the wider market but also taking market share from its competitors, one of its long-term aims.

But Gucci’s meteoric turnaround cannot be attributed to any one factor, says Bizzarri, noting the combined effort of all of the company's teams in implementing the new strategy he first outlined in January 2015, aiming to build the ‘buzz’ of Michele's creative efforts into long-term brand desire and engagement, reduce inventory levels and upgrade the consumer experience.

We learn a lot from our wholesale partners because when you are there, you need to fight with other competitors.

“There is a clear idea within the company of 11,000 people, which is the strategy of Gucci and what we want to achieve. And all the touch points and levers of the company are going in the same direction, and at the same speed,” he tells BoF. 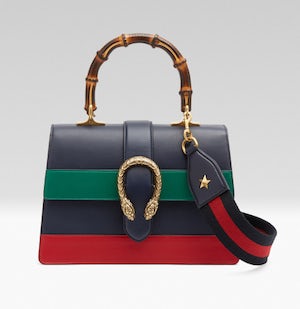 “The connection between print and digital, the supply chain, and what we have done in terms of the change of culture in the company; in terms of respect, in terms of creativity, to make sure we always have innovation in the industry. We need to continue to do so, in spite of the good results that we are having today, because I think we are very much just at the beginning of the process. We have just started."

But at the end of the day, it all comes down to product — especially as six out of seven of the company’s best-selling accessories were created by Michele — including its Ace sneakers and Princetown fur-lined leather shoes, as well as the GG Marmont and Dionysus bags. Bizzarri declined to disclose sell-through rates but says interest in these products has been so high, Gucci is struggling to meet demand. 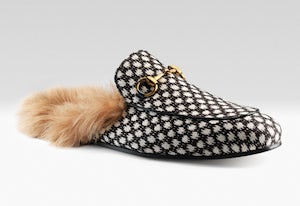 As a result, the company has decided not to discount  any of Alessandro Michele’s future collections in its own retail network, an extension of a strategy Bizzarri experimented with last year when Gucci decided not to mark down Michele’s first two collections. Going forward, any unsold inventory will be sent to Gucci's outlet stores, but not for six to twelve months after they have been removed from the shop floor.

Bizzarri believes this decision will help develop a more meaningful and long-term dialogue with Gucci’s loyal customers, keeping products on the shop floor for longer, marking a shift in the industry’s more conventional focus on the rapid churn of seasonal products. 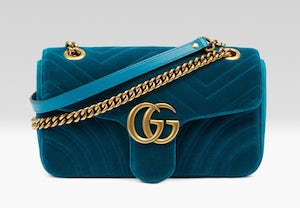 “The idea is to give longevity and sustainability … and also not to disappoint the customer, who might buy the item at full price and then, after two months, if it’s marked down, [would not be happy].”

However, this method will not apply to Gucci’s wholesale accounts, who Bizzarri still counts on for feedback on its products against its competitors.

“We learn a lot from our wholesale partners because when you are there, you need to fight with other competitors, and most of these wholesalers are super professional, there is a lot of discussion and input from them,” he says. 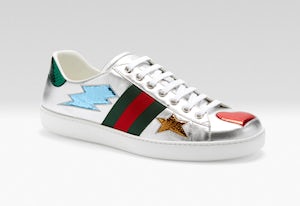 Bizzarri remains confident his strategy will prove successful, particularly as the company lacks the production capacity to meet the burgeoning demand for its products.

“We have started a huge investment near Florence for our development for shoes and handbags, in order to create the capacity to fulfil the production," he says. "We are sold out of most of the bestsellers to date, we are running behind demand. That is a good problem to have.”

It is this kind of quick thinking and execution focus that has helped Bizzarri make a success of Gucci’s turnaround, and something that he implements across the whole company, which helps ensure the company is quick to react to the changes in the market.

“The speed of decision making in the company is at a very high level," he says. "You need to make sure that things are happening, because for every moment you don’t decide, many people along the chain of the company are stuck. And that is something you cannot accept.”

Everything needs to work together. It’s like a soccer team.

Ensuring all departments, particularly for a company the size of Gucci, work together is also key to its success. “Everything needs to work together. It’s like a soccer team,” says Bizzarri, a keen sports fan who enjoys running.

“You can have super players, but then if the game doesn’t go in the right direction, then it doesn’t matter. Especially in this industry, people make a difference. So without Alessandro, without the team that I have, it would not be possible to achieve this result," he reflects. "There is no doubt.”