The British designer, who was most recently director of ready-to-wear at Céline, begins July 1. 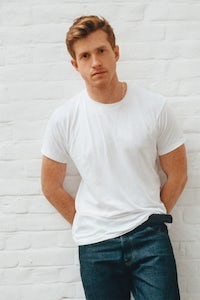 The British designer, who was most recently director of ready-to-wear at Céline, begins July 1.

MILAN, Italy — Bottega Veneta has appointed Daniel Lee its new creative director. He succeeds Tomas Maier, whose departure was announced on Wednesday after 17 years in the role.

Lee, who was most recently director of ready-to-wear at Céline, begins in the position on July 1. The British designer joins Bottega Veneta at a time when parent company Kering is seeking to put the brand on track after slowing growth in recent years.

Under Maier's tenure, Bottega Veneta grew at a rapid pace, surpassing $1 billion in sales by 2012. It became, at the time, Kering’s fastest-growing label and second-largest after Gucci, while still managing to maintain its signature sense of luxury and exclusivity. But in recent years, Bottega Veneta has failed to keep growing. Sales started slowing in 2015 and then dropped 9 percent to €1.173 million ($1.4 billion) in 2016. Revenue growth was essentially flat again in 2017.

"Daniel Lee has a deep understanding of the house’s current challenges, both in terms of creation and development," said Bottega Veneta's chief executive Claus Dietrich Lahrs. "He will bring to Bottega Veneta a new and distinctive creative language that will continue building the house's success based on the ambitious foundations already developed over recent years."

Lahrs, a former Hugo Boss and LVMH executive, who joined the Italian brand in October 2016, previously emphasised the need to invest in the existing stores and diversify the brand's category product offering. And Bottega Veneta's quiet, logo-less handbags stand in contrast to the maximalist and label-heavy era ushered in by Gucci and the growing streetwear movement in the last three years.

Bottega Veneta needs a new chapter in leather goods, which accounts for 85 percent of revenues.

The appointment comes as consumers and retailers are reckoning with the notion of a post-Phoebe Philo Céline. (Philo stepped down from the French luxury house at the end of 2017, having attracted a dedicated following for her minimalist designs and hit handbags, which helped grow the business to nearly €1 billion in sales.) The brand, now led by Hedi Slimane, who popularised the skinny silhouette, could lose some of its hardcore ‘Philophiles.’

Céline alumnus Lee could fill that gap by bringing in a similar aesthetic vision to Bottega Veneta, which shares its minimalist luxury DNA. (Lee is the latest employee from Philo's Céline to be scooped up by other houses. Earlier this year, the brand lost ready-to-wear design director Michael Rider, who joined Ralph Lauren as senior vice president and creative director of the women’s Polo business.)

However, Luca Solca, head of luxury goods at Exane BNP Paribas, noted: "Although Celine and Bottega Veneta are related as they both play in the higher end of the luxury market, Lee was head of ready-to-wear, not leather goods. Bottega Veneta needs a new chapter in leather goods, which accounts for 85 percent of revenues."

"Lee is a talented designer, but the task ahead of him at Bottega Veneta is vast, addressing accessories, and, as for any brand, catalysing today's society in his own way," added Floriane de Saint Pierre, an influential talent spotter and founder of an eponymous consulting firm.

A graduate of Central Saint Martins in London, Lee, 32, held roles at Maison Margiela, Balenciaga and Donna Karan, before joining Céline in 2012. The appointment follows Kering's history of appointing lesser-known designers like Alessandro Michele and Demna Gvasalia at Gucci and Balenciaga, respectively.

"The singularity of [Lee's] vision, inspired by a very personal creative approach, convinced me that he was best able to open a new chapter in the history of the House. His work is characterised by great rigour, a mastery of studio expertise, a true passion for materials and an energy that I cannot wait to see take shape at Bottega Veneta," said Kering's chief executive and chairman François-Henri Pinault.