The Farfetch-owned British fashion boutique has been buoyed by a digital pivot. But as it celebrates its 50th anniversary, its plans to revolutionise physical retail are facing fresh challenges.

The Farfetch-owned British fashion boutique has been buoyed by a digital pivot. But as it celebrates its 50th anniversary, its plans to revolutionise physical retail are facing fresh challenges.

LONDON, United Kingdom — When Farfetch acquired London boutique Browns in 2015, the aim was to bring luxury cachet to the ambitious online marketplace and boost the independent retailer’s digital footprint.

The online-offline tie-up was meant to herald a new model and act as an incubator for Farfetch’s vision for a “Store of the Future,” linking the digital and physical realms with technology and data analytics to enhance the shopping experience and, ultimately, drive more sales.

Five years later, the retail landscape has radically changed. Financially, there are signs the deal has held up; Farfetch has become an established luxury platform and the sharp digital pivot has helped Browns navigate the pandemic. (This year, the European fashion industry’s e-commerce penetration rose from 16 percent of total sales in January to 29 percent in August, the equivalent of six years’ growth, according to a new report by BoF and McKinsey & Company.) But the outlook for physical retail is worse than ever. Plans for a high-tech new flagship on Brook Street — a location selected before the pandemic to capture a higher footfall of more affluent shoppers than its South Molton Street home — have been delayed until the end of the year. 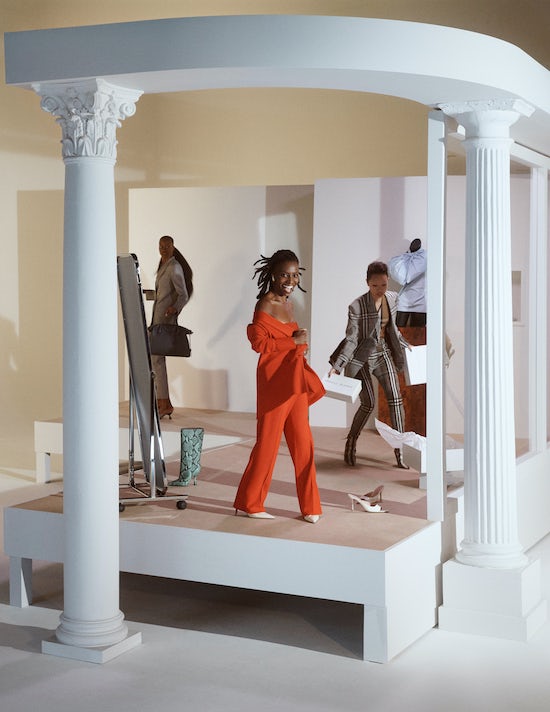 Farfetch remains committed. Browns' new flagship will be a testing ground for a digitally powered physical retail experience it has ambitions to sell on to other brands.

It “will be a great lab and a great ongoing demonstration for new partners,” Farfetch Chief Executive Jose Neves said on the company’s most recent earnings call. “This is a huge opportunity for Farfetch as we accelerate conversations with luxury brands, but also department stores that are really prioritising this type of solution.”

Exactly how big that opportunity is will become clearer when a rare exclusive partnership with Chanel expires later this year. Snagging a deal with the French luxury titan, which still refuses to sell its clothes and handbags online, was a rare coup, part of a drumroll of initiatives designed to excite investors in the lead up to its highly anticipated IPO. The tie-up, which launched in Chanel’s flagship Rue Cambon store in Paris, includes an app that allows shoppers to book appointments and pre-select runway looks to try ahead of coming into the store, as well as tech-powered fitting rooms outfitted with mirrors that, unprompted, offer styling tips from the runway, as well as recommendations of what to pair with the outfit being tried on. Browns’ new flagship is intended to unveil the next generation of this concept.

For Browns, which turns 50 this year, the digital connection has proved a lifeline. Founded in 1970 by husband-and-wife team Joan and Sidney Burstein, Browns was known for decades as the last word in high-end British fashion. Burstein, affectionately dubbed “Mrs B” within the industry, developed a reputation for the store for championing new and exciting talent alongside established designers. Browns bought the entire graduate collection of then-unknown designer John Galliano. It backed names like Alexander McQueen, Hussein Chalayan and Christopher Kane at the start of their careers, and introduced labels like Commes des Garçons and Jil Sander to the British market.

“Browns was one of the highest quality multi-brand boutiques in the world,” said Sanford C. Bernstein analyst Luca Solca. Acquiring “a member of the multi-brand retail ‘aristocracy’” helped Farfetch establish credibility in the luxury market and likely facilitated greater access to brands, he added.

Browns was one of the highest quality multi-brand boutiques in the world.

But at the time of its acquisition, just 25 percent of Browns' revenue came from e-commerce, putting the company behind other independent boutiques like Mytheresa, Luisa Via Roma and Matches Fashion. In-store sales totalled a modest $6.9 million. When Farfetch filed for an IPO three years later, that number had more than doubled, hitting $15.4 million in 2017, and its e-commerce business was growing fast.

That’s become all the more important throughout the pandemic, as the business transitioned to operating purely through e-commerce. While other e-tailers struggled with logistical issues, Browns' warehouses remained open. It managed to keep staff on the payroll without furloughing anyone, moving its shop floor staff into remote selling roles and using the extra time for staff training. 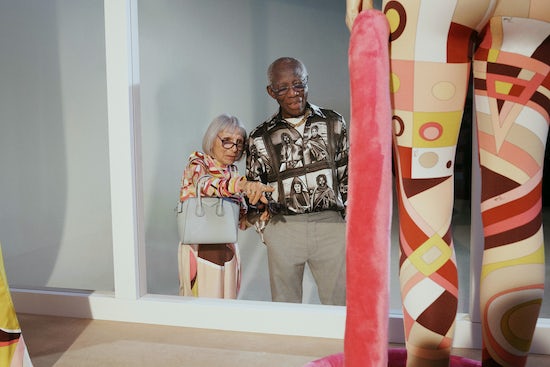 Despite the broader slump in luxury consumption, Browns’ has managed to “thrive” through the pandemic, according to CEO Holli Rogers. Farfetch does not break out sales for Browns, but it reported that, during the second quarter this year, the retailer’s online sales jumped more than 30 percent. The company also saw a surge in the number of new and returning customers since the crisis hit.

While it has pivoted to pandemic-proof lifestyle categories, it’s also continued to sell Fashion with a capital F, even when lockdowns and social distancing meant shoppers had few places to show off new purchases. Among top clients spending stayed relatively steady, the company said.

“What I definitely see in this pandemic, and what I saw back in 2008, was that people only want that really truly special thing,” said buying director Ida Petersson.

“A lot of people have been nervous about picking up new brands, but actually, for us, it's been really key to support new talent and kind of put ourselves out there,” said Petersson. In the current environment, “that newness, that excitement is even more important than ever,” she added.

That newness, that excitement is even more important than ever.

Up next is the delayed opening of the company’s new flagship, due to open in a few months time. It’s a big change after decades in adjacent Georgian townhouses on South Molton Street. The new Brook Street location is more modern with a simpler layout, making it better equipped to experiment with innovations and utilise Farfetch’s retail technology. Plus, it’s farther away from the hustle and bustle of lower-market Oxford Street, closer to the luxury nexus Bond Street and down the road from upmarket hotel Claridges.

In the wake of the pandemic, however, the prime location may have lost some of its original attraction. Foot traffic in central London has nose-dived. Instead, many shoppers are frequenting local neighbourhood high streets or else shopping online. In addition, reduced international travel means luxury retailers in the area can’t count on the usual business from high-spending tourists.

On the other hand, the marriage of physical experience and technology Browns is meant to be showcasing may have more appeal now than ever. Among other things, the company is already offering clients virtual appointments and events and even experimenting with virtual product try-ons.