The notion of an “American LVMH” has been floating around the fashion industry for some time. Back in 2000, Pegasus Apparel Group — a holding company founded with $800 million in private equity money — acquired Miguel Adrover, Daryl K, Pamela Dennis, Judith Leiber and Angela Amiri, assembling them together as a group. A year later, the experiment ended in failure. A similar attempt by Liz Claiborne Inc. — which owned Juicy Couture, Lucky Brand and Kate Spade, and renamed itself Fifth & Pacific — was also a bust.

Yet this week the idea was back in heavy circulation, following the news that accessible luxury giant Michael Kors is buying high-end shoemaker Jimmy Choo for $1.2 billion. “We are creating a global fashion luxury group and I admire what LVMH and Kering in particular have done,” Michael Kors chief executive officer and chairman John D Idol told BoF shortly after the deal was announced. Given the stellar results posted by LVMH and Kering this week, it’s easy to understand why.

But Michael Kors isn’t alone in its ambitions. In May, Coach Inc. paid $2.4 billion to add Kate Spade to its growing stable of brands, which includes Stuart Weitzman. “What we are doing is creating the first New York-based house of modern luxury lifestyle brands,” chief executive Victor Luis told BoF at the time of the transaction.

Can Coach and Kors succeed where others have failed?

Rather than integrate Jimmy Choo into its core business, Michael Kors plans to run the company independently, sticking with Jimmy Choo’s existing strategy and leadership. “They have a pretty formidable plan in place,” said Idol. This approach is not dissimilar to that of LVMH, where brands are run separately but still benefit from combined muscle in media buying and securing real estate, as well as soft synergies like talent mobility.

But there are several fundamental differences between LVMH and Michael Kors, and the American company would have to significantly change its approach in order to make its ambitions of forming a luxury conglomerate a success. For one, LVMH is built around the large and steady cash cow of Louis Vuitton, which helps to provide the kind of financial stability required to invest in the long-term development of more fledgling and fast-growing brands in its portfolio. While Michael Kors still expects to generate $4.25 billion in revenue for fiscal year 2018, its long-term health as a source of positive cash flow is far from certain.

Although both companies are publicly traded, LVMH is known for taking a long-term view on brand building, working hard to maintain the perception of exclusivity that surrounds its houses and thinking on a time horizon that can span generations. This stands in sharp contrast to the approach taken by Michael Kors, which has been much more focused on quarterly results and suffers from what some call “short-termism.”

When Michael Kors’ explosive combination of aspirational image and lower prices first took off, the company rode the wave all the way to the bank, widening distribution and driving blockbuster results quarter after quarter. But the company is now facing the backdraft of overexposure, following a turbulent boom-bust cycle typical of many of America’s largest fashion businesses. Now Michael Kors is looking for new drivers of growth as its brand continues to lose cachet and sales fall. At the end of May, the company reported a high single-digit drop in same-store sales for the last fiscal year, adding that it would shutter 100 to 125 retail stores over the next two years.

In fact, some see the brand’s acquisition of Jimmy Choo not as a credible attempt to build a new luxury group, but as a fundamentally defensive move, aimed at recycling cash and store locations at a time when the core brand is shrinking.

Meanwhile, Coach Inc. is taking a more integrated approach to building a multi-brand group. Along with tapping synergies in marketing and real estate, the company is building a deeper management structure. In April, the company installed former Bergdorf Goodman president Joshua Schulman as president and chief executive of the Coach brand, reporting to Victor Luis, chief executive officer of Coach Inc.

But critically, the brand at the core of Coach Inc. is neither small, nor shrinking. After three years of decline, Coach is executing on a successful turnaround strategy, posting three straight quarters of same-store sales gains, aided by a tighter sense of brand and new designs from creative director Stuart Vevers, who joined the company in 2013. Like Michael Kors, Coach is still heavily dependent on its off-price business and deep exposure to America’s troubled department stores, but overall the business makes for a much strong anchor for a wider group and seems more likely to succeed.

Of course, building a luxury group takes time. LVMH was built slowly and steadily over decades and now has a portfolio of over 70 brands. What’s more, its distribution strategy is much more controlled than Coach or Michael Kors, making it more resilient to market turbulence. Its category diversification also means it can better ride ups and downs across different segments, from champagne and spirits, to watches and jewellery, to fashion and other soft luxury goods. It has the powerful advantage of its European roots. Indeed, its portfolio of European luxury brands are able to tap worldwide interest in a cultural heritage that has deep meaning — and simply does not exist in the same way in the US.

None of this is easily replicated. Both Coach and Michael Kors have their work cut out for them. We will know soon if they have failed in their ambitions to build multi-brand groups, but won’t know for a long while if they have succeeded.

LVMH announces fastest growth in earnings since 2011. The conglomerate reported profit rises of 23 percent to €3.64 billion, citing rebounding demand in Asia and a favourable comparison base as the domestic market was hit by tourism declines a year earlier. Despite the positive results, chairman and chief executive Bernard Arnault says the environment remains uncertain and he is approaching the second half with caution.

Matchesfashion.com exploring a sale. The luxury fashion retailer, which reported revenue of £204 million in 2016, is seeking advisors to manage a sales process, say sources, adding the company will likely be acquired by a private equity firm and is already courting interest. The report comes five years after Matchesfashion.com raised £32 million ($51 million) in venture capital funding from Scottish Equity Partners and Highland Capital Europe.

Farfetch nearing IPO, say sources. Farfetch could go public within the next six months. The luxury e-commerce platform was previously reported to be planning a listing in New York at a valuation of up to $5 billion. The news comes soon after the e-commerce platform announced new partnerships with JD.com and Condé Nast. Farfetch surpassed gross merchandise value of $800 million in 2016, a 60 percent increase on the previous year. 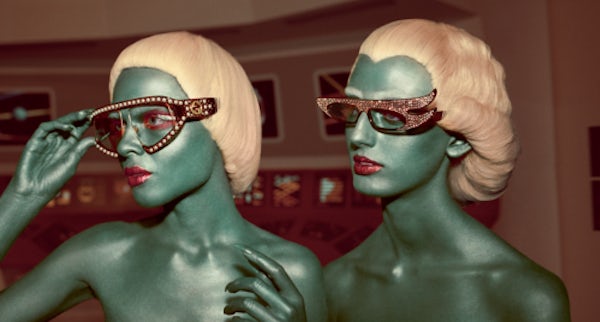 Marc Jacobs may step back from his namesake brand. According to sources, the designer has been unhappy with the brand's reorganisation under outgoing chief executive Sebastian Suhl. Despite Jacobs exiting Louis Vuitton in 2013 to focus on his namesake label, plans to reinstate Marc Jacobs as America’s leading fashion brand failed; analysts estimate the business is currently worth half of what it was at its peak. The report comes as Kenzo CEO Eric Marechalle prepares to succeed Suhl.

Nike CEO takes 71 percent pay cut. Last year Mark Parker was one of the highest-paid executives in the US, making $47.6 million. He will now earn $13.9 million from stock and option benefits. The company move to slash executive pay comes a month after Nike announced it would lay off 1,000 workers to combat weaker US sales and competition from Adidas and Under Armour.

Chiara Ferragni expands into brick-and-mortar. Building on the success of temporary pop-up stores, Ferragni opened a permanent Milan outpost for her namesake brand on Wednesday, just weeks after the opening of her first boutique in Shanghai, marking the start of an aggressive retail strategy for Chiara Ferragni Collection. Last year, the brand generated revenue close to $20 million, and its e-commerce arm grew 235 percent over the year ending June 2017.

Amazon launches private label. The Fix, a trend-driven footwear and handbag line, will be available exclusively to Prime customers. Frequent product drops and a price range of $49 to $139 are designed to attract trend-conscious shoppers on a budget, as the e-commerce giant looks to compete with e-retailers like Asos or Boohoo.

Amazon enters Singapore with two-hour delivery. The retailer has launched its Prime Now app in the region — whose e-commerce market is forecast to reach $88 billion by 2025 — with its most aggressive delivery service offering yet. Amazon’s entry into Southeast Asia could spark fierce competition with Alibaba, who currently dominates e-commerce in the area.

Snapdeal accepts Flipkart buyout, say sources. The revised bid of up to $950 million would boost Flipkart in its high-stakes battle with Amazon.com Inc., as the US e-tailer gains ground in India following a $5 billion market investment. The deal, pending the approval of Snapdeal shareholders, comes at a crucial time for India’s e-commerce market, which has enjoyed a CAGR of over 50 percent in the last five years.