Under Casey Cadwallader, Mugler is back in the spotlight. Speaking to BoF, the designer breaks down his strategy for reviving the brand and how he plans to make his inclusive vision stick. 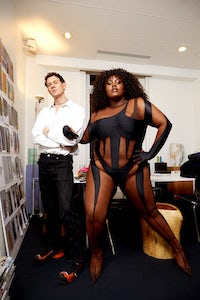 Under Casey Cadwallader, Mugler is back in the spotlight. Speaking to BoF, the designer breaks down his strategy for reviving the brand and how he plans to make his inclusive vision stick.

Mugler is back. And frankly, who saw that coming?

When Casey Cadwallader was named to take the reins of the French fashion house three years ago, the then-unknown American designer was the third creative director charged with revamping the brand in less than 10 years.

In an ultra-competitive market for VIP and influencer placements — where red-carpet credits were being dominated by big brands who could pay steep price tags behind-the-scenes — it would be no easy feat to revive a small ready-to-wear brand that had always straddled the line between costume and fashion, and whose reputation was staked on its cultural relevance. (The brand’s campy mix of superhero and fetish inspirations was previously championed by the likes of RuPaul, Cindy Crawford, David Bowie and Lady Gaga.)

Further complicating matters, founder Thierry, who stepped back from designing for the brand in 2002, had started to work again — dressing stars like Kim Kardashian for eye-popping media moments that increased attention on the Mugler name, to be sure, but hardly made space for a young designer to make his mark.

And yet the past year has seen a veritable explosion of attention for Cadwallader’s Mugler: the house designed multiple costumes worn by Cardi B and Megan Thee Stallion in their internet-breaking “WAP” video (it’s now been viewed on YouTube 397 million times). Beyoncé wore the label in her “Black is King” video, as well as on the cover of British Vogue, while red-carpet credits have included looks for Miley Cyrus, Rosalía, Dua Lipa and Yseult. 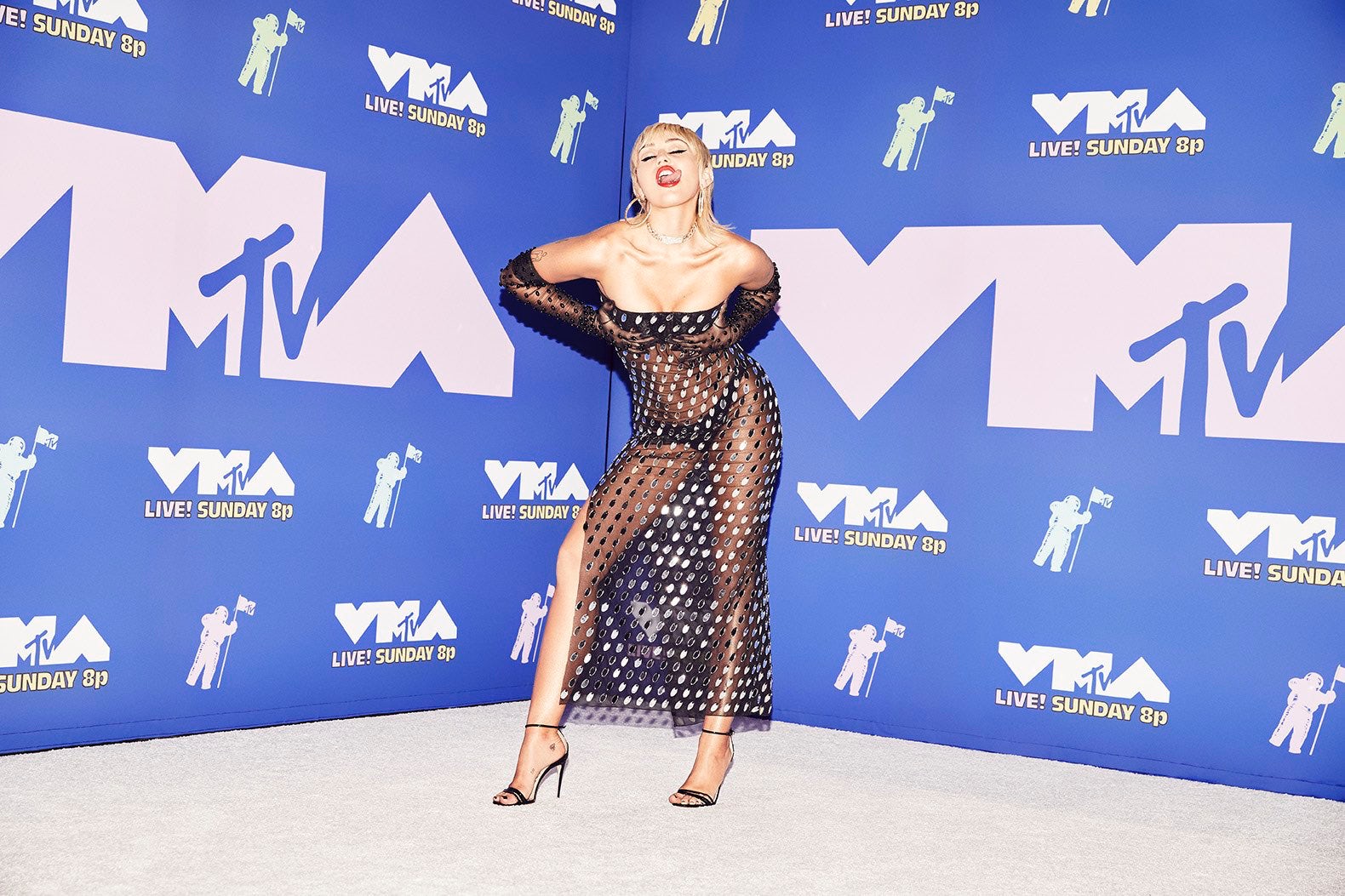 Mugler’s online fashion show this spring, featuring the transgender actresses Hunter Schaefer and Dominique Jackson, was one of the season’s most celebrated — and in the days following its release it garnered one million views. Last month, Billie Eilish wore custom Mugler in her much-hyped body reveal shoot for British Vogue.

While Cadwallader has won accolades for his futuristic—but less campy—collections, as well as his inclusive casting, less attention has been paid to how the Mugler business itself has been transformed since his arrival. In an interview with BoF, the designer broke down how he unlocked VIP opportunities and retooled the brand’s products for today’s market, and revealed plans for turning its newfound notoriety into a bigger business.

In an age where celebrity placements often come at a significant expense to brands, it’s easy to suspect that Mugler’s resurgence could be the result of opening the floodgates of investment. The brand, whose revenues and profits are driven by perfume sales, was acquired from France’s Courtin-Clarins family by the world’s largest cosmetics company, L’Oréal, in 2019.

Cadwallader insists that isn’t the case.

“Our budget hasn’t changed in a big way in years,” he said. “We never pay anyone to wear anything, ever. It comes down to real relationships with people who truly want to wear the brand.”

So many women want to wear fashion but feel rejected by it.

As a smaller brand, building a roster of celebrity clients required humility and collaboration. Rather than treating high-profile moments as a chance to impose his vision, he sees himself as providing a service. “I’m talking to a very creative person, and trying to fulfil their fantasy for their performance,” he said. “I set out to only work with the kindest people in the industry, who are fun to communicate with. So together you end up making something very special.”

The custom business started to take off soon after Cadwallader’s arrival at Mugler in 2018, when he was commissioned to design costumes for Beyoncé's “On the Run II” tour. But making room for substantial VIP projects at a brand that no longer had a haute couture operation required major changes.

Under its new designer and a new managing director, Pascal Conte-Jodra (a former Marc Jacobs and Carolina Herrera executive), Mugler took the bold step of discontinuing both of its pre-collections, going from designing four collections per year to just two main runway shows. The move to supply stockists with less variety and less frequent novelty was a risky one — but turned out to be a game-changer.

With fewer collections to produce, “we were able to take all of that money and do projects that have more force,” Casey said. “It’s become a multiple year strategy to abolish waste, abolish making too many styles. I want to focus instead on pushing things that are good to a higher level.”

Amid a broad reckoning with racial inequality in the wake of George Floyd’s death last spring, consumers have upped the pressure for brands to move past tokenism and engage with underrepresented groups more deeply. French fashion houses, as tradition-steeped companies that market “dreams” and trade in exclusivity, have struggled to respond to calls for greater inclusivity, especially when it comes to body types.

In that climate, Cadwallader’s Mugler, whose nude-illusion bodysuits are well-suited to curvaceous pop stars and the modelling industry’s more typically board-like physiques alike, has been a big step ahead of the pack. Buyers, stylists, magazine editors and clients have all taken notice.

“So many women want to wear fashion but feel rejected by it. That’s one of the biggest things in the industry that needs to change,” Cadwallader said. “So I was dead set on making a difference in the way I do casting. It’s about different people seeing themselves on my runway and feeling a connection to it, and knowing that Mugler is designed for them, and that Mugler wants them to be a part of this house.” 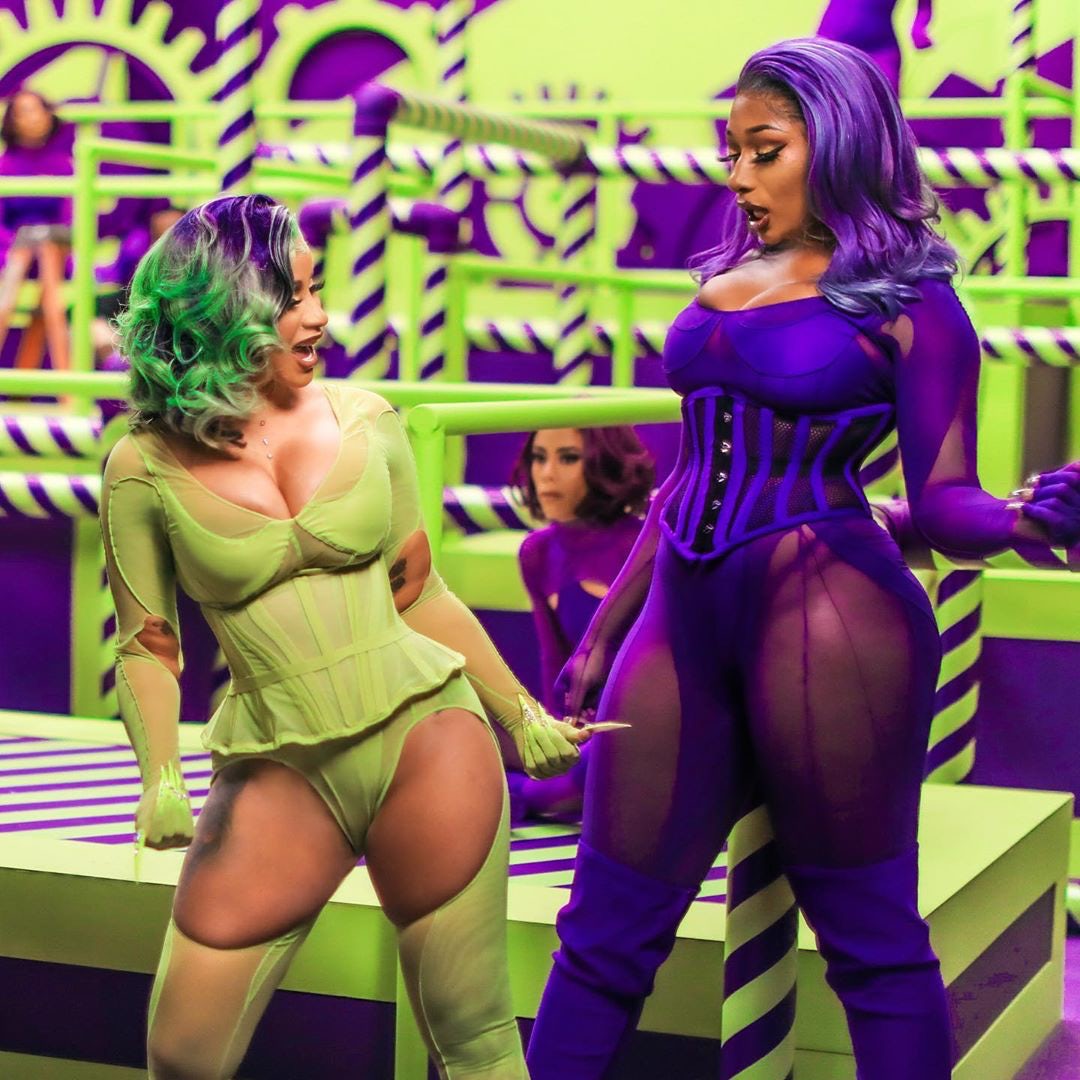 The approach has started to deliver results. While the brand does not disclose revenues, visits to its e-commerce site are up, and several styles — particularly variations on its nude-illusion bodysuits — are currently sold out in every size.

“I see a big audience getting into Mugler, including a lot of young people who wouldn’t really know about what Mugler was in the ’80s and ’90s,” said Stavros Karelis, founder of the London boutique Machine-A. “They’re connecting with this inclusive vision for an empowered, confident woman.”

Karelis says he increased his order for the brand after seeing sell-through of over 90 percent for last fall’s season. Luxury e-commerce giant Net-a-Porter called it a “top-performing brand,” while MyTheresa’s buying director Tiffany Hsu said it was moving “from strength to strength” since Cadwallader’s arrival. The brand’s flexible sizing with stretch construction makes it appeal to a broader range of clients. The retailers said bestselling items included leggings, bodysuits, spiral-cut jeans, one-shoulder dresses, and cut-out suiting.

Luxury brands often explain their preference for ultra-thin models as part of “selling a dream,” but the energy around Cadwallader’s inclusive vision should put that assumption under scrutiny. “If you want to think about really making a dream, what about showing someone who is a gorgeous, voluptuous size 44 in a high fashion magazine, looking so hot? That’s such a dream for so many more people, and who have always been underrepresented,” Cadwallader said.

Critically, the label’s inclusive approach also extends to pricing, and the way collections are structured. At many luxury brands, the apparel found in boutiques is only loosely inspired by the runway — with dresses still costing upwards of $2,000.

Under Cadwallader, Mugler’s products convey a high degree of fashion clout by staying faithful to what you see on the runway and red carpet, but with many of the sheer illusion looks priced between €290 ($350) and €450 ($550). Those are steep prices for lycra bodysuits and leggings, to be sure, but still rank among the most accessible propositions from the Paris catwalk.

“It’s important for me for each product to deserve that price,” Cadwallader said. “Authenticity is really important today in people’s minds. I wanted to make sure that everything we sold, you could see it from across the street and say, ‘That’s Mugler’.”

Conversely, Cadwallader wanted to avoid getting back into the business of making a broad range of commercial staples, as Mugler used to do in its department-store-driven heyday. “That’s the mentality, in the early 2000s, that had us all to making 600 or a thousand SKUs, and everyone was making the same things,” he said.

How far L’Oréal plans to go with Mugler and how fast remains unclear. With the profitability of ready-to-wear under pressure since the late ’90s, Mugler’s fashion division has mostly served as an image driver for selling successful perfumes, including Angel and Alien. Momentum under the current designer could be motivation to try and make fashion a more significant part of the business.

I wanted to make sure you could see it from across the street and say, ‘That’s Mugler’.

But the Mugler deal marked the first time L’Oréal had acquired a fashion brand since owning Lanvin for a few years in the ’90s (the group’s luxury division usually only acquires licenses to produce brands’ beauty lines). Apparel is uncharted territory. And rivals like LVMH, Kering, and Richemont have all struggled to scale small and medium-sized fashion houses durably, despite devoting significant investment over years.

L’Oréal has bigger fish to fry too, such as integrating large acquisitions like the perfume and beauty licenses for Valentino and Prada, and transitioning to a new CEO, Nicolas Hieronimus.

Still, Cadwallader does think Mugler is ready to diversify again. The brand is working on plans to add new categories including hosiery, shoes, and handbags — and he hinted that at least one of those could be seen on the runway as soon as this fall.

“The market’s changed now. To go into a new category, you don’t have to come up with a full collection, with dozens of shapes and colors, to please big retailers. You can just start selling it on your website: one great bag and you’re good,” Cadwallader said.

What Makes a Power Woman?

L’Oreal in Talks to Buy Mugler, Azzaro Brands From Clarins