LONDON, United Kingdom — It’s been a year of tremendous upheaval for Chanel. The passing of long-time brand steward Karl Lagerfeld in February 2019 followed speculation that the Wertheimer family, which controls the business, might be preparing for some sort of exit. This latest round of sale rumours was set off by the release of its financial results for the first time last year and the centralisation of its corporate functions in London.

While Chanel, one of the only independent luxury brands still in operation today, has long been admired and obsessed over by analysts and investors alike, its double-digit growth in recent years indicates that the ceiling for sales within a single luxury brand might be quite higher than what was once imagined. (By the end of 2018, Chanel employed over 25,000 people globally, nearly doubling its head count over the past decade.)

Chanel’s continued success, combined with the growth of its competitors LVMH, Kering and Hermès — which have seen their market capitalisation skyrocket of the back of good performance — has fuelled talk that Chanel could be valued at €40 to €50 billion. In an early June meeting with analysts, LVMH executives reportedly said that Chanel is likely to be valued closer to €100 billion, according to a note released by Jefferies International analyst Flavio Cereda. (LVMH issued a quick denial that they commented on the potential value of Chanel.)

The passing of Lagerfeld, the designer credited with creating the blueprint for the modern luxury business, combined with increased corporate transparency around financials, has continued to fan the flames around a potential exit. However, Philippe Blondiaux, Chanel’s global chief financial officer, reiterated in an interview with BoF today that the company is not on the market.

“Chanel is not for sale, Chanel is not preparing for an IPO, I just want to reconfirm that for the hundredth time this year,” he said. “The numbers we’ve shared show that our strategy is exactly the opposite of a company preparing for a sale or an IPO. We’ve increased our level of investments... to prepare for the long term. We’ve increased our headcount ahead of the curve at the risk of slightly eroding our short-term margins, which we don’t care so much about, to prepare for the long term. That remains our strategy.”

Regarding the recent valuation estimates, “If it’s an indication of the brand’s desirability, it really confirms what everybody knows, which is that we are the most desirable brand in the world,” he said. “Being independent is part of our DNA and probably a key condition for our success. Unfortunately for many bankers, we will remain a fantasy, but that’s what nice brands are about, creating dreams.”

“We had good growth in all the regions, but luxury is of course, extremely successful in Asia,” Blondiaux. “It may come from the decision we took three or four years ago to harmonise prices, bringing more sales of luxury consumers onshore. But if you look at 2019, we see the [upward] trend continuing.”

The brand also saw increases across product divisions, including fashion — where “most” categories saw double-digit growth — underscoring the excellent performance of ready-to-wear and leather goods. Fine jewellery and watches also saw “solid” growth, attributed in part to the success of the trendy “Coco Crush” jewellery collection.

In beauty, which generates around a third of Chanel’s annual sales, according to analyst estimates, top-performing fragrances Coco Mademoiselle and Bleu de Chanel saw double-digit increases propelled by new launches. While e-commerce sales of fragrance and beauty products increased globally by 50 percent year-over-year, Blondiaux also said that the company still has no plans to sell apparel or leather goods online, despite an increased push by many of its competitors to ramp up e-commerce. 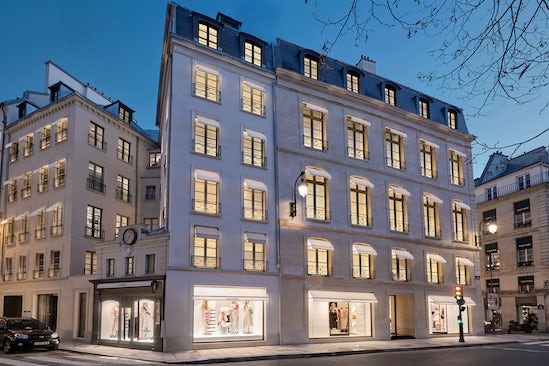 “We are not selling and we are not going to sell fashion or watches and fine jewellery online,” he said, emphasising the company’s digital investments across media and upgrading the in-store experience with partners like Farfetch. “Our differentiating position is that human interaction will remain central to the relationship between the client and the brand.” In 2018, the company added more than 3,000 employees to its headcount, many of whom are working in stores.

In 2018, the firm also benefited from a favourable tax rate of 25.5 percent — down from 29.9 percent in 2017 — bringing its taxes down to $743 million from $793 million the year prior. Chanel attributed the decrease to a lower-corporate tax rate in the US, which contributed a savings of $34 million, combined with stronger sales in Asia, where corporate taxes are not as high. (The company said it would also benefit from corporate tax reductions in France that are set to be put in place over the next few years.)

Such success comes at a cost. Chanel’s free cash flow decreased by over 28 percent to $1.2 billion, most due to a more-than doubling of investments to $1 billion on things like opening new stores and buying new properties, as well as investing in brands — like men’s swimwear label Orlebar Brown, which it acquired in September 2018 — as well as in supply chain and manufacturing. (For instance, last year it bought Spanish tannery Colomer Leather Group and invested in Swiss automatic watch movement manufacturer Kenissi.) It also spent nearly $1.7 billion on advertising and promotions, a 9 percent increase from 2017.

“There’s only one question: How can we can continue to strive for the next 100 years?” Blondiaux said. “Investment feeds creativity and gives it the best possible condition to flourish.”

As for what’s next, the company said it was “cautious but confident” that the overall impact of a forthcoming Brexit would not significantly affect the business given its global footprint.

Instead, it is focused on “non-financial metrics” that help in developing its overall business strategy, mostly related to brand equity, talent acquisition as well as sustainable and responsible business practices. In 2018, the company invested $122 million in research and development alone.

The Paradox That Makes Chanel a Powerhouse