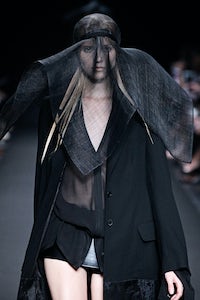 NEW YORK, United States — Last week, Claudio Antonioli completed the purchase of the Ann Demeulemeester brand from parent company BVBA 32 for an undisclosed sum. For many years, the label founded by Belgian designer Ann Demeulemeester was at fashion’s cutting edge, starting with her debut in London in 1986 alongside a group of fellow graduates from Antwerp's Royal Academy of Fine Arts who went down in fashion history as the “Antwerp Six.” After her first proper catwalk show in Paris in 1991, Demeulemeester’s fusion of poetry and punk, inspired by artists like Arthur Rimbaud and Patti Smith, gained a cult following. But in recent years, the label has fallen out of step with the dominant fashion zeitgeist.

BVBA 32, which generated revenues of €14.5 million in 2019, according to public records, has been managed by businesswoman Anne Chapelle since the mid-’90s. She eventually acquired a majority stake in the enterprise and added Haider Ackermann and the short-lived Josephus Thimister label to its stable. Demeulemeester retained the rights to her name, licensing it out to BVBA 32, and continued to design the collection until 2013, when she stunned the fashion world by announcing her exit in a personal email to a coterie of selected fashion editors. 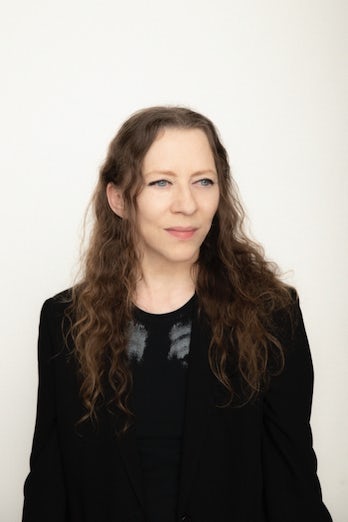 Chapelle replaced Demeulemeester with Sebastien Meunier, who had previously worked at Maison Margiela, but his tenure produced mixed results, and the brand, deeply associated with Demeulemeester herself, slowly began to slip from its turn of the century heights, as fashion also started to shift away from more cerebral labels towards a louder, more casual and more Instagram-friendly direction favoured by Millennials.

This does not bother Antonioli in the least. “We are not going to make logoed t-shirts. With Ann Demeulemeester the design is the logo,” he says in a Zoom interview, referring to Demeulemeester’s signature aesthetic. Antonioli says he bought the brand as much for personal reasons as for the business logic of the transaction: “For me, Ann Demeulemeester is one of the most important brands in the history of fashion. Ann is a genius. When I learned that the brand was for sale, I decided to buy it for the love of it.”

Antonioli is no stranger to the fashion business, having co-founded the New Guards Group, whose meteoric success in accelerating Millennial brands like Virgil Abloh’s Off-White resulted in a $675 million sale to Farfetch in 2019. Antonioli exited New Guards following the acquisition, while remaining at the helm of the eponymous multi-brand Milan store he founded in 1987, giving him plenty of latitude to grow the Ann Demeulemeester brand at his own speed, without the temptation to dilute its heritage to drive sales.

“We are returning to the brand’s DNA, with a particular attention to women’s and men’s footwear and accessories. There will be no co-branding; everything will be under one line. The Antwerp flagship store will be redone in the first months of 2021 and will dictate the image of future stores and corners. I decided to reduce the wholesale distribution by 50 percent, concentrating only on directional stores with the right brand mix between research and luxury.” 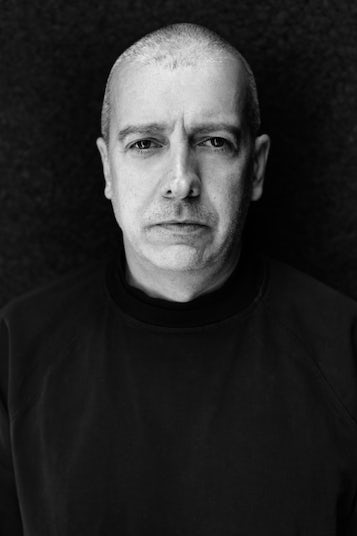 The first order of the day for Antonioli is to increase the quality of production, which had suffered in recent years. “Quality is super important for me,” he says. “For Ann, we are returning to suppliers who had produced the brand for many years, like the footwear manufacturer who has been with the brand since the beginning. We are also reorganising everything in the ready-to-wear sector.”

While Demeulemeester is unlikely to return to designing, the sale had her blessing. “Claudio Antonioli’s personality and respect convinced me,” she said via email. “This is about creating a new future for the brand. It’s not just a deal, it’s a mission.”

The brand’s design studio will remain in Antwerp with a new creative team yet to be announced. To highlight the return to the brand’s roots, a capsule collection for men and women based on Demeulemeester’s archives will be presented to press and buyers in Paris at the end of September, with a full show planned for the following season. Antonioli also plans to relaunch the brand’s social media channels and enrich its overall digital communication. “No more celebrities, it will be only about the clothes,” he says.

Anne Chapelle remains a minority holder in BVBA 32, which she split from the Haider Ackermann brand in 2013 (Ackermann remains under Chapelle’s stewardship). However, under the contract Antonioli retains an option to buy out her 20 percent stake and become the company’s sole owner.