LONDON, United Kingdom — It seems that barely a day goes by without news of a brand collaboration.

Collaborations are now often a blip in a wider marketing strategy rather than a significant moment. They are “very easy to produce, very easy to drop and they spice up the existing collection,” said Gachoucha Kretz, an affiliate professor in marketing and brand management at HEC Paris. “Luxury is supposedly more timeless... [but a collaboration] brings novelty and freshness.”

But with ubiquity comes the question of value. Nearly two decades after they became a regular occurrence, are brand collaborations still worth the effort? BoF outlines how to engineer a successful alliance between two brands in this new era:

Find a Partner That Makes Sense

“A good collaboration is actually two spouses that get along together and are healthy,” Kretz said. “Two people who are happy to commit and get along in their own lives.”

But it should be more than just a mutually beneficial transaction. A savvy consumer will smell a hook-up based on convenience from a mile off.

A good collaboration is actually two spouses that get along together.

The news that Gap and Telfar were working together generated considerable social media buzz and press coverage. Running concurrent to growing conversation about its popular "Shopping" tote, Telfar offers Gap something it craves: relevance, loyal customers and a sense of American “cool” — all things the basics giant has lost over the years.

“I’m looking at [the collaboration] as a creative strategy,” said Gap Head of Design John Caruso. “We’ve existed for 51 years... for those who grew up with the brand they [know] why we existed and continue to exist and be relevant, but for those younger consumers who don’t know about the brand, this will allow us to connect [with] them."

Telfar stands to benefit from the broad exposure Gap can provide without appearing a sellout to its loyal customer base. Its brand DNA preaches inclusivity and accessibility, an idea wholly compatible with the democratising force of a multinational retailer.

"The idea of availability, it normalises any way of living,” said Founder Telfar Clemens in a video posted to Gap’s Instagram. “It’s going to be a wider message that we get to spread, it’s going to be more meaningful because it means more to more people."

But those smaller brands, with their cultural credibility and young fan base, may have more bargaining power than they realise. 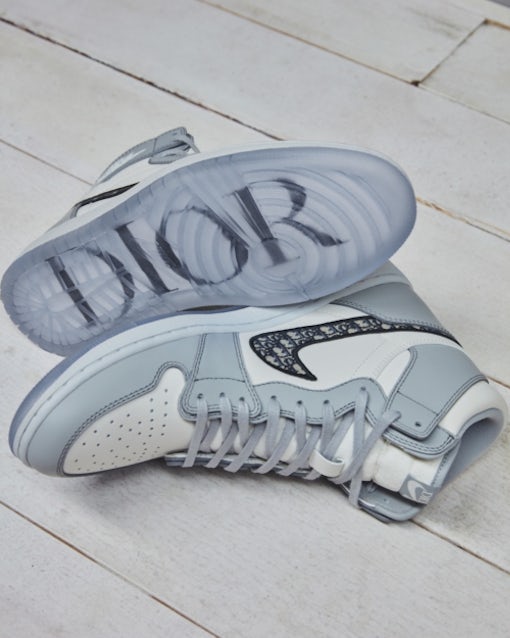 Stephen Sidkin, a fashion and commercial law partner at London-based firm Fox Williams, noted that many smaller or emerging designers view collaborations simply as a way to increase brand awareness and credibility rather than a commercial arrangement. "It adds to the designer’s marketability going forwards," he said.

However, in a shifting industry that champions agility and strong brand storytelling, market share and deep pockets aren’t everything. For smaller brands, this can realistically translate into a healthy chunk of revenue. Upfront payments are often over $1 million and sometimes significantly more, depending on how much the bigger brand is relying on the cooler one.

“Now what we're seeing is a consumer that has changed [their] shopping habits and consumption-of-media habits to the point where these collaborations... actually impact the bottom line,” argued Beckman.

Kretz has noticed a similar shift: “Before, you would do collaborations specifically for image, [but] today’s collaborations contribute to [return on investment] because they are short-term, volumes are… quite high, and the collections are developed to maximise the margins.”

While the purpose of a collaboration is to reach and acquire new consumers, brand alignment and messaging still needs to be consistent.

“Keep in mind that the core customer represents the brand’s tribe,” said Beckman. “Theoretically, that tribe is staying with the brand and is going to participate in all of the social commentary [surrounding] the brand.”

Social media is still key, but in 2020 brands will have to adapt beyond typical modes of social marketing.

Thanks to the dominance of social media as a marketing platform, brands are forced to use the same channels of communication to acquire customers and engage existing ones. Old-school mediums allowed for a more fragmented customer base, such as a billboard for an affordable collection aimed at fast-fashion shoppers rather than avid brand devotees. But in the age of digital marketing, Instagram is the great equaliser.

Social media is still key, but in 2020 brands will have to push beyond typical modes of social marketing. As engagement with influencer-made and sponsored content wanes, thoughtful marketing matters more now than ever. There’s more to publicising a collaboration than a self-explanatory hashtag and unilateral press release.

But even if you have diversified content, it's still going to be hard to grab an overstimulated consumer's attention. Static product images (or influencers wearing your product) may not cut it anymore, but telling a nuanced story could and should work.

Collaboration king Virgil Abloh may have declared streetwear dead, but the reality is that T-shirts, sweatshirts, jeans and sneakers now make up the base of most wardrobes. That means luxury brands need to keep selling those things.

"The consumer is in charge today," said NPD analyst Matt Powell. "It’s the brand's responsibility to reap what that consumer wants and get them that product [and what they want] is a streetwear sensibility." 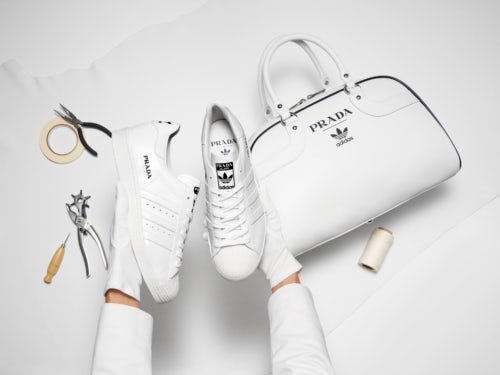 What is on the way out, however, is "merch" as a fashion item, as the demand for logo-ed product begins to slow. For instance, Adidas x Prada’s collection of white bags and sneakers emblazoned with both brands’ logos helped the German sportswear label increase its overall earned media value (a metric that estimates the value of publicity, engagement and mentions online) to $26.9 million in November 2019, up 10 percent from the month prior, according to analytics firm Tribe Dynamics. However, Prada’s declined by 1 percent to $13.8 million.

It makes sense that Adidas benefited from the collaboration, which included a pricier collectable version of its classic Superstar sneaker. But Prada failed to capture the imagination of either its regular consumer base or new customers with what was ostensibly a limited take on an established sportswear staple. While Highsnobiety’s Chris Danforth said he found the combination of quality and timelessness “pretty appealing,” many on Instagram panned the two-piece collection for being “lazy” and lacking in thoughtful design.

Compare this to Dior Men and Nike’s Air Jordan collaboration, which not only complements designer Kim Jones’ aesthetic and the narrative of previous collaborations he has spearheaded — such as with Supreme when at Louis Vuitton — but also adds legitimacy to Dior’s expansion into the sneaker space.

Some critics deemed the shoe design boring and unimaginative, on a par with Prada's Adidas Superstars, but responses were otherwise largely positive. In December 2019, the month it was first announced, the promotional hashtag #AirDior directly generated $84,200 in earned media value (EMV) for Nike and $159,700 for Dior. Nike's total EMV of $67.2 million for December, however, marked a 9 percent decline from the month prior, whereas Dior's grew 20 percent to $36.4 million, according to data from Tribe Dynamics.

While it may not have done much for the Nike brand immediately, a partnership with Dior benefits Air Jordan in the long run by offering “the lustre of a luxury brand” and allowing Nike to “go for a premium category… and a premium price,” said Kretz. Perhaps it's no surprise, then, that the sportswear brand announced last week that the collaboration would extend to ready-to-wear.

Ultimately, a collaboration’s designs need to feel like more than commodities themselves, and therefore worth the expense.

“Consumers are watching what their favourite athletes are wearing... before and after the game," Powell said. In a similar vein, Louis Vuitton’s partnership with the NBA “has opened up the doors to these kinds of collaborations," he said. "[Basketball] is one of the most popular sports in the world, I think luxury brands want to get under that halo.”

Make It Feel 'Worth It'

Quality and longevity are growing concerns for consumers, particularly those who are looking to re-sell their purchase further down the line. “The consumer today is looking for products that are going to hold their value," said Powell. Ultimately, a collaboration’s designs need to feel like more than commodities, and therefore worth the expense.

Why It’s So Hard to Adopt the Moncler Genius Model