LONDON, United Kingdom — When British Vogue alumna Lucinda Chambers left her post as fashion director of the title in May 2017 — after having spent 25 years in the role — her next move was uncertain. Now exactly a year later, the stylist is back with an eclectic luxury womenswear label, created with veteran Marni design directors Molly Molloy and Kristin Forss.

“We started from the fact that we wanted to design clothes that we really wanted to have, and the whole premise of three women together is already different,” says Chambers, who met Molloy and Forss over ten years ago while styling and consulting for Marni — a job she kept for two decades. 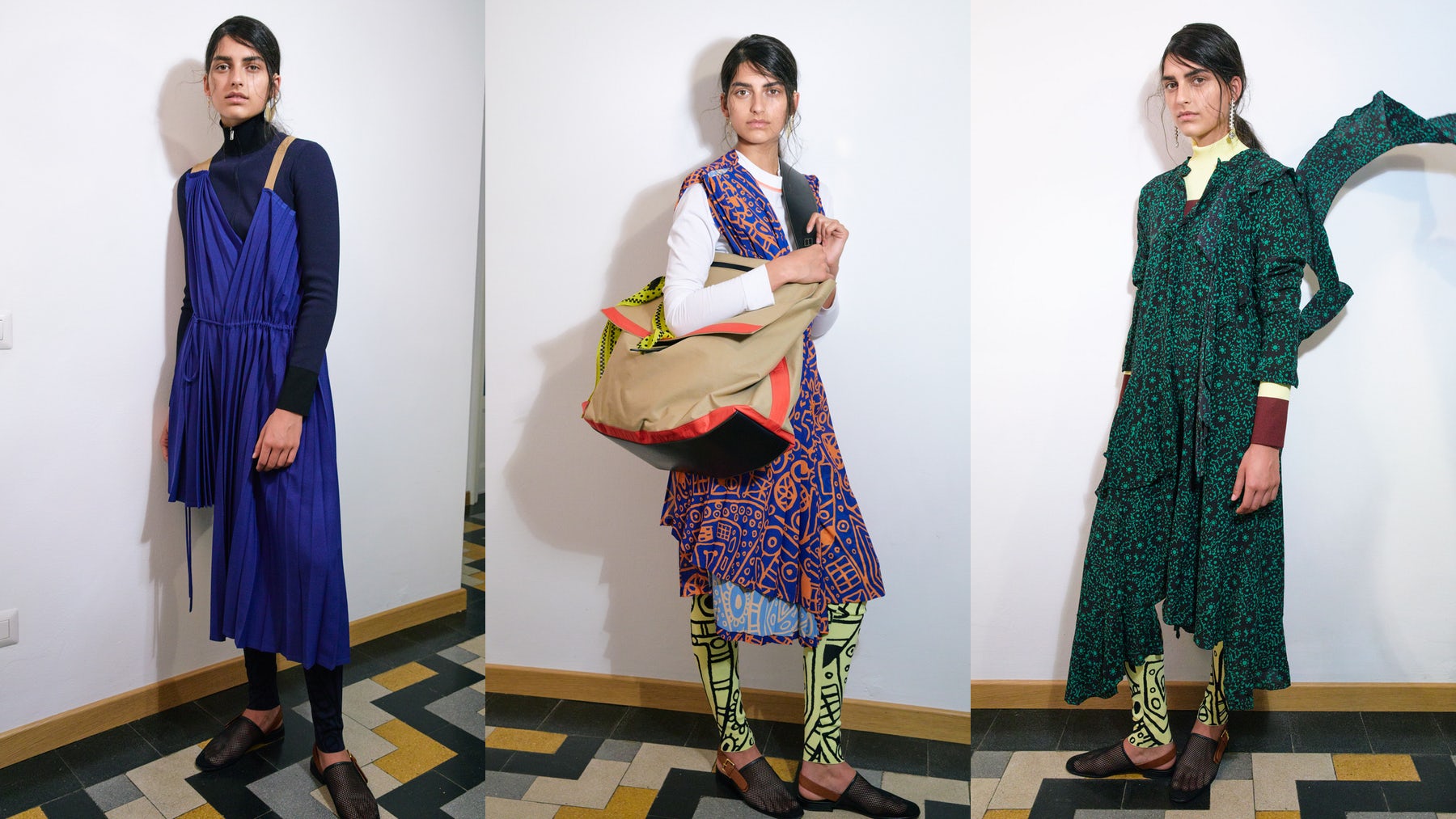 View Collection
Despite both Molloy and Forss being approached by a number of luxury houses to head up design after they left Marni last year, and Chambers being occupied with styling work at American Vogue and a number of independent magazine titles, taking a chance by launching Colville felt like the right move, Chambers said.

Colville, which is named after a West London street where David Hockney resided in the 1970s, explores themes around identity and traditional craftsmanship made apparent through 30 pieces ranging from sporty jersey T-shirts for $390 to cropped graphic sweatshirts for $1,280 and masculine double-breasted wool coats for $2,170, all of which are exclusively sold at MatchesFashion for its first season. 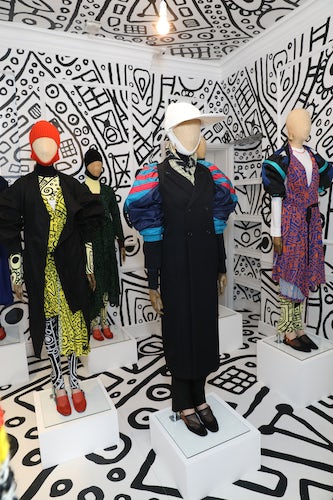 Each item will come in a limited quantity and has a handwritten edition number in its label, resembling an art piece. “It needs to feel personal and not feel like the pieces just came from production,” says Chambers, who has also partnered with milliner Stephen Jones and jewellery designer Vicki Sarge in order to offer Colville customers a full wardrobe from the start.

But more than just another fashion brand, the stylist is quick to note that the brand’s approach to its garments will be around seasonal evolution, not revolution. “We feel that it’s the antithesis of fast fashion because it adds to your wardrobe, so when we bring out the next collection it won’t negate this one,” explains Chambers.

“We’ve already been talking about taking six pieces forward to next season,” adds Molloy, referring to a pair of cotton trousers that the label is looking to recreate in wool for Autumn/Winter 2018.

While the trio has plans to grow their business, releasing buzzy commercial items with little longevity is not the path they plan on following to reach their goal.

“One thing that was beautiful at Marni was that we never made anything which we thought would be a bestseller. I don’t think that those cold strategic ideas are where we come from, but instead it comes from love, passion and desirability,” says Chambers.

How to Become a Fashion Stylist with Lucinda Chambers