In doing so, Farfetch is effectively building out its own private label platform through which it can launch, test and scale brands on its existing online and offline sales channels. It’s not unlike the way Amazon has, in recent years, used its vast trove of customer data to identify gaps in the market and manufacture those products in house.

New Guards Group is a Milanese holding company formally founded in 2015 that has launched many of luxury streetwear’s most-hyped and successful brands, including Off-White, Palm Angels and Heron Preston.

Farfetch acquired New Guards in a cash-and-stock transaction worth $675 million, twice the group’s annual revenue and seven times its earnings before taxes. The deal is expected to close in the third quarter of 2019. Co-founder Davide De Giglio will stay on as chief executive, and Andrea Grilli will remain chief commercial officer. 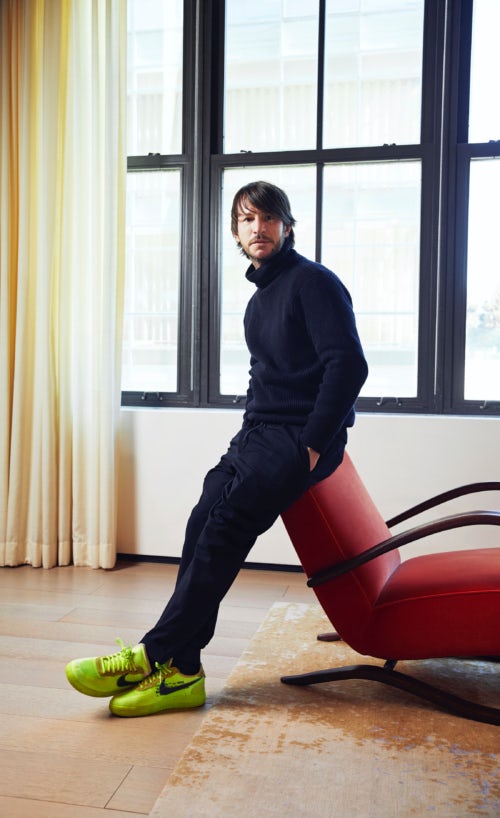 The acquisition was reported with Farfetch's latest financial results after markets closed in New York. In after-hours trading, Farfetch shares plunged by over 40 percent, markong an all-time low for the stock. Investors have expressed concerns in the past about the company’s widening losses which reflected rising customer acquisition costs and spending on technology and infrastructure.

New Guards was founded by De Giglio and Claudio Antonioli. As of April they each owned about 46 percent of the business, which, in turn, owns an average of 75 percent of its portfolio of brands. In the case of Off-White, its most successful brand, creative director Virgil Abloh owns the trademark while New Guards is the majority owner of an operating company that has an exclusive multi-year licensing deal with the brand.

The group is very healthy financially: it generated revenues of $345 million in the year ending April 30 with profits before tax of $95 million. In the first half of 2019, revenues increased 59 percent year-over-year, with gross profit margin up 55 percent.

On Thursday, Farfetch reported second-quarter revenue of $209.3 million, up 43 percent from the same period in 2018. Its gross merchandise value increased 44 percent to $484 million, but platform fulfillment revenue increased at a slower rate due to “significant increase in customer promotions year-over-year.” Losses after tax widened to $89.6 million, from $17.7 million.

For Farfetch, the value of New Guards goes beyond its existing portfolio of brands, encompassing its ability to spot creative talent, then build, launch and accelerate hot labels around them, like Abloh's Off-White, which has led the luxury streetwear boom. (The group typically works with the likes of DJs and musicians who have a knack for building communities, instead of conventional fashion designers). The deal also adds to Farfetch's own slate of operated businesses, which includes Browns department store and sneaker reseller Stadium Goods.

“[New Guards is] a platform — they are not a brand, they are not a Maison, they are not a conglomerate,” said Farfetch founder and Chief Executive José Neves. “They are absolutely best in class in terms of spotting the new stars of tomorrow.”

New Guards has developed a sophisticated production platform that taps into high-quality Italian manufacturing and has the ability to move goods from conception to delivery in three weeks. “It’s like luxury fast fashion,” De Giglio told BoF in April, when he said the company was seeking a strategic partner. “New Guards Group is about a new way of doing things: a new way of making, a new way of communicating, a new way of distributing,” he added. “In the same way that none of our creative directors are really designers, we designed 200 collections in 2018. For this, you need a different machine. We move fast and think big.”

De Giglio did not respond to a request for comment on Thursday.

Farfetch is betting that, together with New Guards, it can create a flywheel effect to grow "brands of the future" at a faster rate. Farfetch hopes to capture more of the profits of transactions on its marketplace and give its owned labels a boost online and through its network of more than 650 boutiques stores.

“We then take [New Guards brand-building platform] and give these talents the online exposure that they so much need to build the brands of the future,” said Neves. “We think this is an incredible acceleration of our existing strategy.”

For New Guards, Farfetch will not only give it more resources to launch new brands but also a platform to quickly scale its existing portfolio. Its brands currently generate on average of about 95 percent of their revenue through wholesale and franchise mono-brand stores, channels with disadvantageous margins.

Farfetch plans to grow distribution for New Guards' brands through directly operated retail stores and directly operated e-commerce. Its first priority will be to re-launch e-commerce sites for all the brands starting with Off-White, as well as setting up “e-concessions,” or direct online sales, through Farfetch’s marketplace. The brands will also expand sales through Farfetch’s network of boutiques, where it will track supply and demand closely to “enhance the full-price sales and protect the brand image,” said Neves. (Discounting has eaten into Farfetch’s bottom line.)

They are absolutely best in class in terms of spotting the new stars of tomorrow.