LONDON, United Kingdom — Adam Shapiro, Dan May and Gautam Rajani have over fifty years of fashion industry experience between them. But ahead of the launch of their new men’s resort-wear brand SMR Days, the trio have taken a decidedly less fashion-focused approach, veering away from brand exclusives and influencer-centric marketing.

“We want to keep it open to men that are frequent flyers on British Airways who are reading the Financial Times, travel magazines and a more diverse range of communications,” said SMR Days’ Chief Executive Rajani, who has held commercial roles at Helmut Lang and Gucci and is currently the commercial director at Dundas. “That’s the kind of man we want to speak to.” 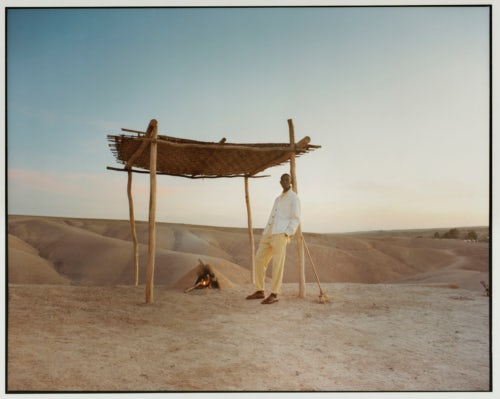 A KCD and Burberry PR veteran, Shapiro launched the London-based marketing agency L52 Communications in 2017 and serves as SMR Days’ chief marketing officer, while Dan May — menswear fashion director for The Telegraph, Port Magazine and contributing fashion editor for Mr Porter — is its chief creative officer. The goal, according to Shapiro, is to build a vacation wardrobe for men that both works at the beach and can also be worn at the office in warmer climates. “We want to be the destination for all their holiday needs,” adds Rajani.

Though the women’s destination-wear space is crowded with brands from Gucci to Zimmerman, the male resort-wear consumer remains underserved. Data from Euromonitor International valued the global men’s swimwear market at $7.5 billion in 2019, a little over half of the womenswear market’s $13.9 billion. But growth in the global menswear market, the continued “Instagrammisation” of holidays and major investments like Chanel’s in Orlebar Brown all point to promise in the segment.

“When you walk into a boutique in Ibiza there’s about four rails for women and four shirts and two swim shorts for guys,” Rajani told BoF. “We’re not inventing the wheel here, just [creating] something new with a little personality so he can dress up...as opposed to falling back on a white linen shirt and shorts.”

The brand’s first collection — which will debut at resort and swimwear showroom Bare Agency during Paris Fashion Week Men’s on January 18 and be commercially available in May — is the product of multiple visits to India where the trio were drawn to artisanal techniques utilising silks, block-printing, bandhani tie-dye and kantha embroidery that high-end menswear labels have yet to properly champion to a wider audience. 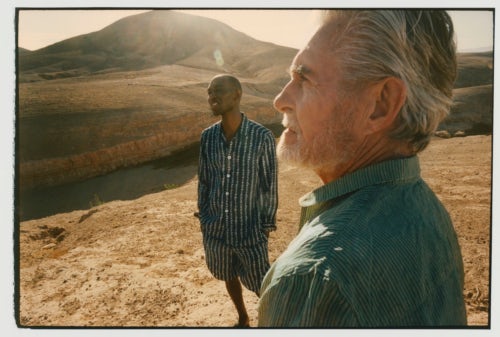 Following confirmation the label will launch early on Mr Porter this coming April, talks with top luxury names will see SMR Days’ pieces land on “a tight list” of the usual luxury retail suspects in addition to boutiques at high-end resorts. (Shapiro lists Aman and Four Seasons as dream partners.) But alongside wholesale, the team is also looking to build a buoyant direct-to-consumer business with a 50/50 split.

Here, SMR will harness May’s content expertise to build a global community of customers — an editorial site, which will feature interviews with friends of the brand and eventually sit within the transactional site, is slated to launch in February. “We’re not coming in with a huge Silicon Valley investment where we can spend millions on consumer acquisition,” Shapiro adds. “We’ll build an editorial platform, have a social media presence, newsletter strategy, [form] partnerships with brands we love in the travel and design spheres and the general press.”

Pairing content with commerce isn’t a novel proposition (Glossier, Highsnobiety and Goop are among the major players) but the trio’s extensive experience, know-how and network of industry contacts will help carve a niche in the market. The challenge, for Shapiro, May and Rajani, will lie in continuing to apply that unique expertise to the brand as it develops.

“I’ve consulted for many brands and styled god knows how many shoots in my life, but actually being a designer has been incredibly enlightening,” says May, who alongside Shapiro and Rajani won’t be leaving their respective jobs. “But my fingers are crossed that the brand does really well and we’ll have to re-evaluate this as it grows.”