PARIS, France — Comme des Garçons is Rei Kawakubo's personal expression. But the company behind it has long been a place where others were encouraged to develop their own ideas, sometimes launching labels within the Comme universe. (Junya Watanabe, Kei Ninomiya of Noir, Chitose Abe of Sacai and Junichi Abe of Kolor are among her protégés.)

When Kawakubo launched Dover Street Market in 2004 with her husband and business partner, Chief Executive Adrian Joffe, they began working with labels in other ways, too. With a multi-brand retail platform, they actively promoted designers beyond the Comme universe. Today, Dover Street’s seven stores, from Los Angeles to Singapore, expose labels to a global audience of fashion-forward consumers.

“It never was about patronage or mentoring, but sharing — and making an interesting place,” Joffe said. “It was good for us and good for them.”

Dover Street Market is a significant driver of revenue for the company, generating 30 percent of overall sales in 2018. However, Joffe has made a point of ensuring labels that show promise are given space to develop even if they’re not top sellers. Sometimes that also means helping with production, or paying for a collection upfront so that a designer can afford to make it.

“We’ve got to pay salaries, we’ve got to grow, but we can’t forget that we have a story to tell,” he said. He classifies labels that aren’t expected to contribute to top-line growth “NPBs,” or No Pressure Brands. “Not everything has to be about what is going to sell-through. We have to take risks.” 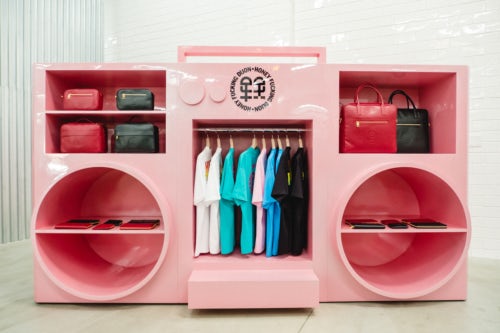 In recent months, Joffe has formalised this symbiotic approach, creating Dover Street Market Paris, a platform for emerging labels. The first line, Honey Fucking Dijon by DJ Honey Dijon, launched in October. Singapore-based Youths in Balaclava was also announced that month, with Rassvet and GR-Uniforma underway and ERL set to launch in January. (Rassvet and GR-Uniforma evolved out of the now-defunct, Comme-operated Gosha Rubchinskiy label.)

Besides a physical atelier on Paris' Place Vendôme that designers are free to use when they’re in town, the platform and its connected services — including production, marketing and distribution — can be managed virtually. Joffe said he doesn’t own or even hold a stake in the brands, instead working out specific deals with each entity, operating on a case-by-case basis, considering involvement, financial risk and financial gain. (Often that means a commission fee.)

Dover Street Market Paris may have been decades in the making, but Joffe is not the only fashion entrepreneur building a formalised platform for developing young labels. The model has been adopted more widely in recent years as the contraction of the wholesale market, combined with a faster hype cycle and fickle consumer behaviour driven by changes in the way we receive and process information — aka, Instagram — have made it harder than ever for independent brands to last.

Each of these platforms operates in a different way. A few own the brands operating under their umbrella. Others charge for their services, and some take a commission on sales rather than asking labels to pay upfront. But what they’re each doing is making it possible to spin up and grow young brands without traditional financial backing. Sometimes with the knowledge that, these days, fashion labels may have an inherently shorter lifespan than in the past.

Working with a variety of brands allows these platforms to wind up and wind down labels as trends ebb and flow, rather than having to try and eke another season of profits out of a line that has reached its natural end. “Nothing lasts forever,” Joffe said.

Many of these platforms have been started by retailers. Moda Operandi, MatchesFashion and Net-a-Porter have created incubator-type collectives in recent years, to varying degrees of success. But the level of involvement varies. Others — like the Milan-based Slam Jam — are offering end-to-end services, from pattern-making support and production to sales, distribution and marketing. In the US, Resonance, started by longtime investor Lawrence Lenihan, builds brands from scratch, but also sells its management software and services — from “raw material to customer doorstep” — to other labels.

“Production is where people struggle the most,” said Erin Mullaney, a London-based brand consultant. “If you have a great sourcing and manufacturing network, everybody wins.”

There's more. Tomorrow, once known as the preeminent multi-brand showroom, has transformed itself into a business accelerator, investing in brands including Coperni and a A-Cold-Wall. 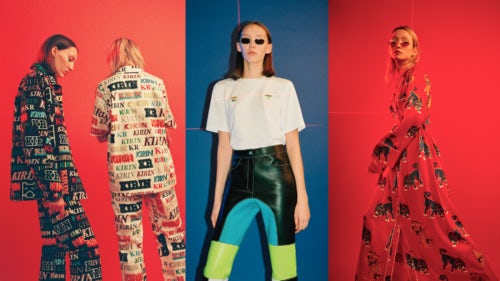 And who could forget New Guards Group (NGG), the Milan-based company that has managed a number of the decade’s most popular streetwear labels, including Off-White by Virgil Abloh, Marcelo Burlon’s County of Milan and Palm Angels. In 2019, the group was acquired by luxury marketplace Farfetch in a cash-and-stock transaction worth $675 million, twice the group’s annual revenue and seven times its earnings before taxes.

While the deal sent investors reeling, with Farfetch’s stock plunging by more than 40 percent in after-hours trading, Farfetch Chief Executive José Neves underscored NGG Co-Founder and Chief Executive Davide De Giglio’s ability to identify emerging talent and engineer their success by providing the practical tools most don’t have. (Including easy access to factories that produce luxury-level goods at speed, support on sales and the opportunity to open direct retail and take advantage of the marketplace’s global distribution platform.)

Moving Farfetch further upstream could potentially safeguard the marketplace from the ups and downs of traditional retail, which typically relies heavily on just a few popular brands to hit sales goals. “The market is faster; [consumers] just have so many inputs,” De Giglio said. “I grew up wearing Ralph Lauren for 20 years. Brands in the future aren’t going to last like they did before.”

If you're an independent brand, that's not an easy reality to face. Right now, no one is better poised to fight against this reality than the major groups that dominate the industry. LVMH and Kering monopolise the retail real estate market, control high-end manufacturing, sell directly to the consumer and consistently outspend competitors in marketing and advertising. They also rotate designers in and out of brands on a regular basis to pique consumer interest. The generation of independent designers who came up in the early aughts have struggled against this tide, with many brands shuttering and others getting into sticky financial situations with private equity firms and other exit-driven investors.

Joining a collective offers some protections against this. For instance, under Resonance, once-shuttered contemporary label Tucker was able to relaunch as a primarily direct-to-consumer brand. Resonance has streamlined the process so that the revived label can operate with just three employees. It made $7 million in sales over the past year.

A service like Slam Jam frees designers from some of their operational duties. “With new lines, design is only 30-40 percent of the total brand,” said Slam Jam’s Luca Benini, whose partner brands include Telfar and United Standard. (Benini is also a co-owner of Milan-based label Alyx.)

It also affords more time to spend on creative pursuits outside fashion. This reflects the noncommittal, cross-disciplinary nature of our times — with people working across industries and mediums — but it’s also a way to financially diversify, protecting against the risk associated with running a fashion label.

“The boundaries [between disciplines] are falling more easily,” Joffe said. “They’re not necessarily designers by any means, but they do have something to say. It’s crossing those borders of designers, stylists and artists.”

This way of working is also complementary to the short attention spans of today’s designers — creative directors, as they’re perhaps more aptly called — who don’t always want to spend a lifetime, or their life’s savings, building a label. There is also often less pressure to reach a certain size within a collective, as the group can together reach a critical mass

“It’s going to be easier to launch and sustain independent designers in the next five-to-ten years, because size doesn’t matter as much as it once did,” said Tomorrow Chief Executive Stefano Martinetto, who calls the firm the “independent record label of fashion.”

At Resonance, which has developed four in-house brands and sells its services to several others, Lenihan believes he could engage “thousands of brands” at one time. “Small brands bound together will be more successful than those on their own,” Lenihan said. “It’s just the fundamental laws of physics of the fashion industry. Everyone still faces the same problem: a lack of access to capital in order to reach economies of scale.”

But hit-making in fashion, like music, is still a tricky and unpredictable business. At NGG, Off-White accounts for a significant chunk of sales. What happens when the Virgil Abloh-designed label drops off in popularity? The platform model requires a talent pipeline that can deliver constant newness, so that a rising star can quickly replace a fading one. (In February 2019, NGG launched DJ Peggy Gou’s line, Kirin, to decent fanfare.)

“It only takes a New Guards brand two seasons to get to €10 million,” De Giglio said. “You can go fast if you have the right car.”

Editor's Note: This article was revised on Nov, 2019. A previous version of this article misstated that Tomorrow is an investor in Ambush. This is incorrect.