The division will sit alongside FYI’s existing five verticals: brand partnerships, publicity, content, experiential marketing and social impact, and comes after the agency underwent a rebrand in 2018 to solidify its links with pop culture and bring it closer to consumers, moving from B2B to B2C.

Brook is also aiming to link everything up under one roof. Whereas social media, traditional media, placements and content would be handled by different agencies, she sees the value in streamlining the process. “We’re now 360 in the way we’re thinking,” says Brook. “The rebrand comes down to being accessible to pop culture and not just be a traditional agency. [Traditional agencies] allow clients to compartmentalise, but then there’s a disconnect — you need to have one company.” 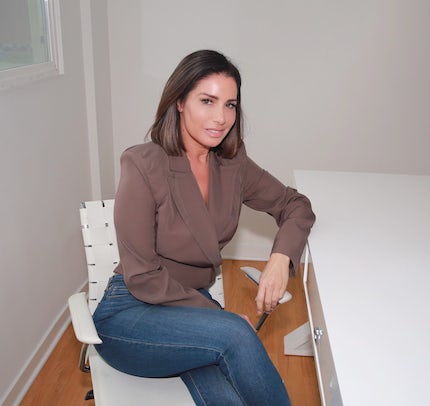 Having founded FYI 17 years ago, Brook’s clients include rappers DJ Khaled, Travis Scott and Pusha T, as well as athlete Russell Westbrook. She then links them up with luxury brands from Christian Dior and Saint Laurent to Gap and Lacoste for limited-edition campaigns and collaborations that include original content.

Last year, FYI created a collaborative vinyl album with Travis Scott and Saint Laurent creative director Anthony Vaccarello, which was then released on Apple Music. The agency also worked on a Tumi campaign with NBA star Russel Westbrook; he also featured in Acne Studios’s Spring/Summer 2019 campaign, shot by Juergen Teller. “That came about when we were talking with Acne studios, and they were looking for someone,” says Brook. “We then connected them with Russell and made a business case for it. They’ve never had an NBA athlete in their campaigns.”

The move to create a dedicated fashion division comes as the relationship between fashion and pop culture proliferates; Drake released his single “Signs” at a Louis Vuitton show, while Virgil Abloh collaborated with Apple Music for an original radio show. Luxury labels, which have historically avoided hip hop and associations with it, are featuring rappers in their campaigns and drawing on culture for their inspirations. “Fashion is looking to create a connection with this pop culture space,” says Brook. “You go to the Met Gala and Cardi B and Migos are there. This wasn’t happening five years ago.”