PARIS, France — On the opulent Place Vendôme, the world’s most important address for jewellery, Gucci is opening the doors to a new boutique and a new market, hoping to bring the golden touch of creative director Alessandro Michele to a realm quite literally made of gold — and platinum, diamonds, rubies, emeralds, sapphires, and all the other exquisitely precious materials that can drive the price of a piece of high jewellery into the millions of dollars.

The Italian megabrand, better known for fashion and leather goods, has seen growth in sales of its costume and fine jewellery collections since Michele’s arrival in 2015, and dabbled in private sales of high jewellery for the past year and a half. But the July 2 store opening on Place Vendôme is the label’s first big foray into the high-stakes business of haute joaillerie, where high working capital requirements can also come with big financial payoffs.

“Jewellery has been one of our most dynamic categories over the past four years as Alessandro has brought his vision to life in costume and fine jewellery,” says Gucci chief executive Marco Bizzarri. “Launching a high jewellery collection is therefore a natural progression in our narrative.”

A petite, ground-floor treasure chest, sandwiched next to Piaget and Chanel, the new Gucci boutique will be the sole outlet for the brand’s new collection of over 200 high jewellery pieces, dubbed “Hortus Deliciarum,” which will be sold alongside its more attainable fine jewellery. Rendered in dark boiserie and aquamarine-coloured vitrines, the store is more sedate than the bright bacchanal typical of Michele-era Gucci outlets, in order to, as a statement from the company elucidates, “illuminate the colourful vibrancy of the jewellery itself,” with the designer’s lurid intensity of hues translated into pairings of pink rubellite and yellow sapphires, blue-green opals and red spinels, mandarin garnets, green chrysoberyl and purple sapphires. 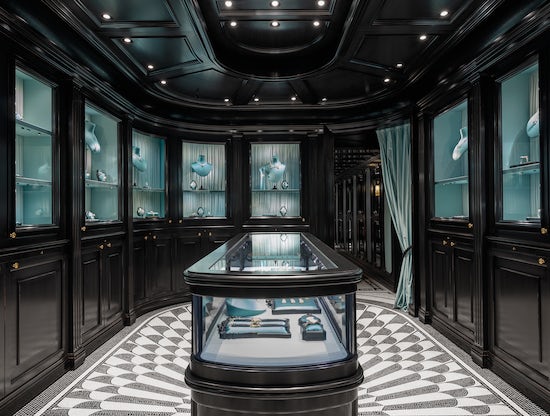 “Gucci and Alessandro’s message is about embracing and celebrating self-expression, and this idea is infused in every piece from the high jewellery collections… representing a very contemporary and fresh approach to the category,” says Bizzarri. Hand-fabricated in workshops in Milan and Valenza (Italy’s capital for high jewellery production), the one-of-a-kind and small-run pieces of gem-encrusted Gucci start at €50,000 ($56,450) and top out at a sobering €800,000 ($903,000).

Michele is an ardent fan of antique jewellery, and the Hortus Deliciarum collection reflects his idiosyncratic magpie approach to rehashing yesteryear’s styles, with a menagerie of animalia harking back to Indian-inspired vintage Cartier and David Webb styles, and glittering garlands of gemstones that interpret the intricate luxe of Baroque-, Georgian- and Rococo-era jewellery design.

Kering, the French group that owns Gucci, has doubled its profits since 2017, earning €3.71 billion ($4.19 billion) in 2018, with substantial help from Gucci, the conglomerate’s cash cow, which grew 36.9 percent in 2018. But maintaining this growth rate will be hard, and continuous expansion requires new markets, so Gucci relaunched its makeup line (under the auspices of Coty) this May and introduced a new fragrance series earlier in the year. Yet for Gucci, with a young clientele (62 percent are millennials or members of Generation Z) can high jewellery, a category that is traditionally popular with older consumers, prove as profitable as the bags and shoes that have been ramping up profits under Michele’s creative direction?

“Through Alessandro’s vision, we look at this mapping of the clients’ habits differently, and we’ve seen traditional industry rules cannot definitively define and segment our clients,” responds Bizzarri. In other words: never underestimate the power of Gucci mania — and the spending power of younger consumers, especially in China. “Millennials are already looking for exclusive products and limited editions, exactly like high jewellery customers, and we already have millennials, in particular in Asia, who are collectors of high jewellery products,” he adds.

As Kering Chief Executive François-Henri Pinault told Le Figaro in November, in an announcement about the high jewellery line: “The famous millennials make the success of Gucci, Saint Laurent and Balenciaga because their sensibility is in line with the choices, even though they may be divisive, of the artistic directors of these brands.” But the millennials “will get older and bring this same transformation to jewellery: the jeweller's creative content will be a more recognised and sought-after advantage than it is today.”

In a luxury market that grew 5 percent in 2018, jewellery — with 7 percent growth — was among the top-performing categories, according to a report by Bain & Company, which stated, “Gen-Z consumers are more ‘individualist’ (looking for products that convey their unique personality); more willing to shop in physical stores… and more logo-driven.” 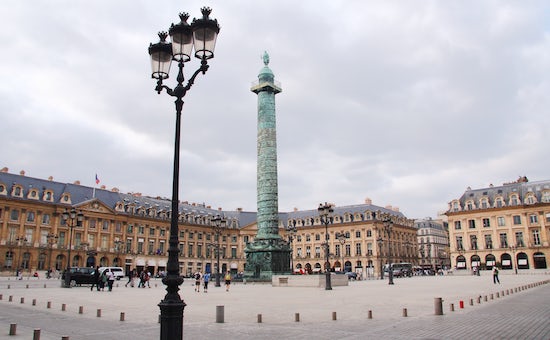 Can a gleaming Place Vendôme sanctuary hook them on the most exorbitant pieces in fashion?

High jewellery is perhaps an even more rarefied domain than haute couture; its techniques are antique and arcane; its materials, mined from the earth, are rare and costly; its results can last forever. A work of haute joaillerie often requires hundreds of hours of meticulous, highly skilled fabrication by hand — a process begun one or even two years before the collection is unveiled in sumptuous private events for elite clients and at the beacons of high jewellery that crowd Place Vendôme; by tradition, timed alongside the haute couture shows in January and July.

Place Vendôme, an octagonally shaped plaza of pale sandstone, neoclassical facades, was elegant ever since it was laid out for Louis XIV in 1702, but it was the 1875 opening of Georges-Eugène Hausmann’s lavish Opéra Garnier nearby that rendered the square an undeniably fashionable playground, and it soon became synonymous with the most extravagant jewellery and the highest craftsmanship in France.

Boucheron was the first of the jewellery maisons to open on Place Vendôme in 1893. The brand was bought by Kering in 2000, and its historical headquarters re-emerged late last year after the conglomerate sponsored an intensive, 18-month renovation. Kering is betting on jewellery, and Place Vendôme in particular, with Gucci’s arrival, Boucheron’s upgrade and fellow Kering jewellery brand Qeelin’s planned shop on the square.

Cartier reopened its 1898 Place Vendôme boutique in March after an extensive makeover funded by parent company Richemont, and LVMH-owned Chaumet, on Place Vendôme since 1902, is itself undergoing a year-long renewal. The square’s 28 hôtels particuliers are a dense address book of the biggest names in jewellery and watches, and even as the internet dents retail in other markets, high jewellery remains uniquely tied to in-person sales and physical stores.

And Place Vendôme’s position as the most prominent property in this luxury field is only heating up. Including the neighbouring Rue de la Paix, the retail rental real estate has more than doubled in cost since 2012 to €12,500 per square metre in 2018 (for front-of-shop space) as calculated by Cushman & Wakefield — among the most expensive in Europe.

The first Hotel Ritz opened its doors on Place Vendôme in 1898, turning its name and location into shorthand for all things swanky and hosting, for 34 straight years, Coco Chanel (whose former suite currently starts at €18,000 a night). The first couturier who turned to haute joaillerie (with a single 1932 collection), Madame Chanel set a precedent that is still resonating long after her passing. Chanel opened a jewellery boutique on the Place Vendôme in 1997, after starting up its jewellery division in 1993, and added a high jewellery workshop above the shop in 2012.

In a market where consumers care about newness, they may give credit to new brands coming to the category with new product ideas.

Christian Dior introduced high jewellery in 1999 with designer Victoire de Castellane and a flagship in Place Vendôme in 2001. (In June, the jewellery line celebrated its 20th anniversary in Venice with a ballet performance, a grand ball, and a 99-piece collection by De Castellane that culminated with a €1.9 million diamond-encrusted pink sapphire necklace.)

Louis Vuitton, the world’s most valuable luxury brand according to Forbes, with $39.3 billion in earnings in 2018, launched its jewellery line in 2001, and a shop in Place Vendôme in 2012. In 2017, the LVMH-owned luggage house expanded to a monumental five-story, double building space on the square, selling jewellery — today designed by Francesca Amfitheatrof — as well as the brand’s collections of fashion and bags, with a dedicated jewellery workshop on the top floor.

Plus, Solca posits, “In a market where consumers care about newness, they may give credit to new brands coming to the category with new product ideas.” Michele’s legions of followers, who have bought into the creative disruption he has brought to Gucci, may appreciate the transformation of his signature aesthetic into a new product range, scintillating with gems and top-end ticket prices.

And with fashion powerhouses like Gucci foraying into this sparkling territory, jewellery is certain to become increasingly brand-driven; and perhaps, as with Louis Vuitton’s offerings, more overtly logo-focused as well. Gucci will hardly be the last major fashion brand to set its sights on the high jewellery market with a boutique on the storied square of Place Vendôme.

Gucci to Branch Into High-End Jewellery